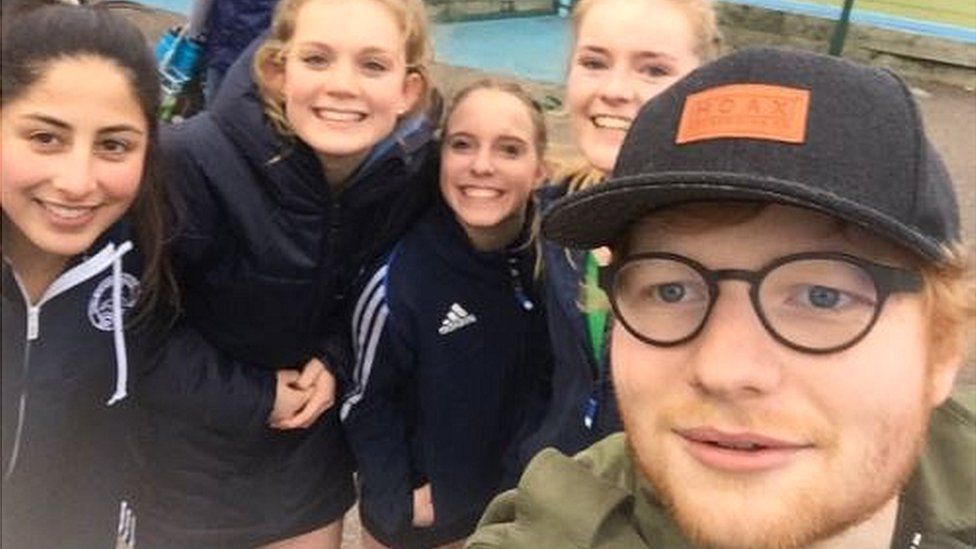 The Shape of You singer stood on the sidelines like a regular sports supporter and then posed for selfies afterwards.

It's thought he was at Chelmsford Hockey Club to watch his girlfriend, Cherry Seaborn, play against the team.

She's a hockey star having helped England U21's win the bronze medal at the 2012 European Championships.

Ed and Cherry were at school together and have dated since 2015.

They spent most of last year travelling round the world during his year off from the music business.

After watching the match he posed for photos with several players and was snapped with the team's mascots - two little toy animals.

A spokesperson for Chelmsford Hockey Club told Essex Live: "I don't believe it was a planned visit.

"I think he attended to watch his girlfriend who played for the opposition team, Wimbledon, this afternoon."