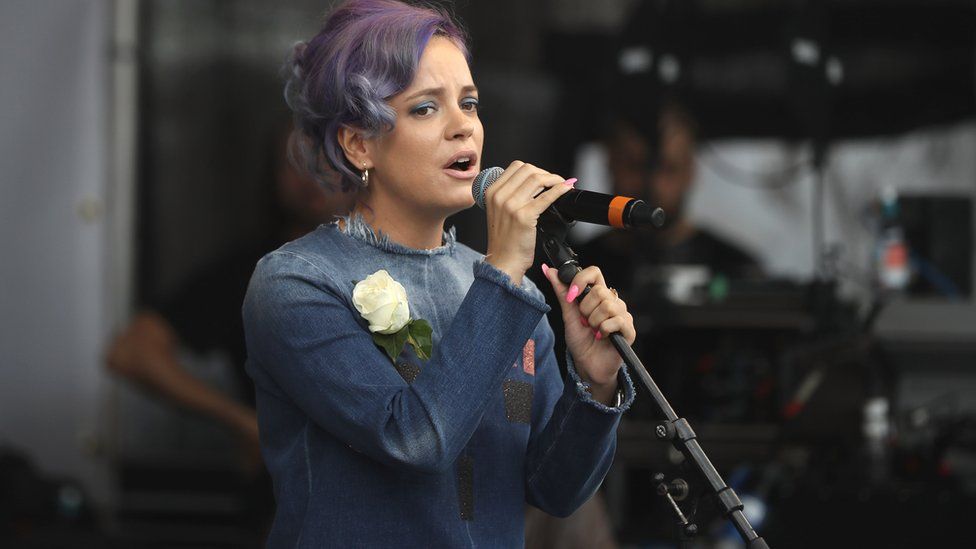 Lily Allen has been attacked by online trolls after revealing she had post-traumatic stress disorder after a stillbirth.

The mother-of-two's baby son was stillborn at six months in 2010.

Her Twitter account has now been taken over by a friend to try to stop the abuse.

The trolls accused her of being to blame for the death of her baby and suggested she had mental health issues.

It started when the 31-year-old singer tried to highlight the prejudice shown towards immigrants.

But, when mostly anonymous trolls started abusing her things started to get nasty.

It prompted Lily to reveal that she suffered PTSD after the stillbirth.

One troll tweeted the Smile singer claiming if she hadn't taken drugs "you wouldn't have miscarried."

Lily replied: "I didn't miscarry, I went into early labour and my son died from his chord wrapped round his neck."

One of the most shocking tweets suggested: "The baby knew you were going to be such a horrible mother."

Lily regularly posts about controversial subjects and it's not the first time she's faced abuse on Twitter. 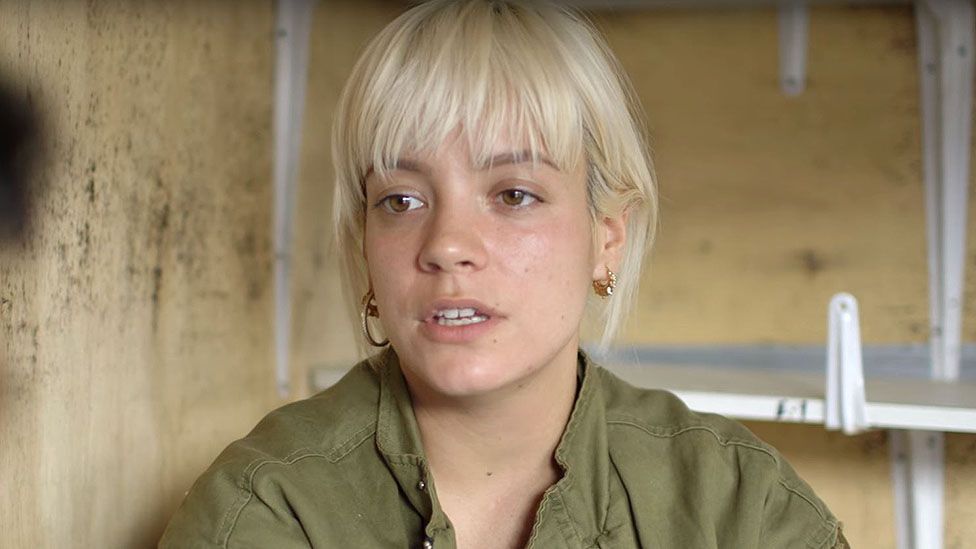 Image caption The singer says she visited the Jungle in hope of "humanising" the people living there.

She spoke out about the Calais migrant crisis last year, apologising for what she deemed to be a lack of action on the part of the UK government.

She has since said she had no regrets about using her pop star status to speak out politically despite the trolling she received.

Lily, who has had a string of hits including Smile and The Fear, has now announced she's taking a break from Twitter.

"My timeline is full of the most disgusting, sexist, misogynistic, racist... Really, new levels. I'm no masochist so I'll be back x," she wrote.