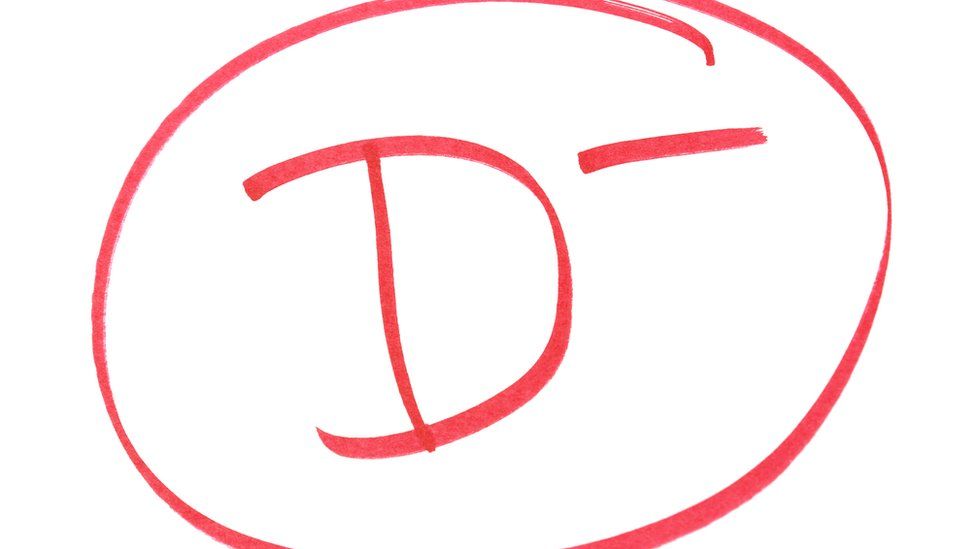 An American student who graded his ex-girlfriend's break-up letter says he now regrets that it went viral.

Nick Lutz decided to get a red marker out and critique the four-page note before sending it back to his former partner.

"I feel a little but guilty but at the same time, I don't believe the letter at all," he told Newsbeat. "I've been lied to before by her.

When Newsbeat asked him if he regretted sharing the personal letter on social media, Nick said: "Yes I do. I would say so."

Nick who studies at the University of Central Florida, says he received the apology shortly after calling time on the relationship and admits it probably wasn't the best decision to tweet it.

In his critique, he starts off by saying the introduction is too long and that there's lots of repetition.

The 20-year-old says his ex needs to show reasoning when saying she ended up failing to keep the relationship working.

He also says she needs to back her claims up with proof, like saying she never cheated on him.

"It came to an end after she told me she was going to a theme park with her best friend, who's a girl, but I later found out she went with a dude," he said.

"I haven't spoken to her since this happened but I am not planning on talking to her anytime soon. 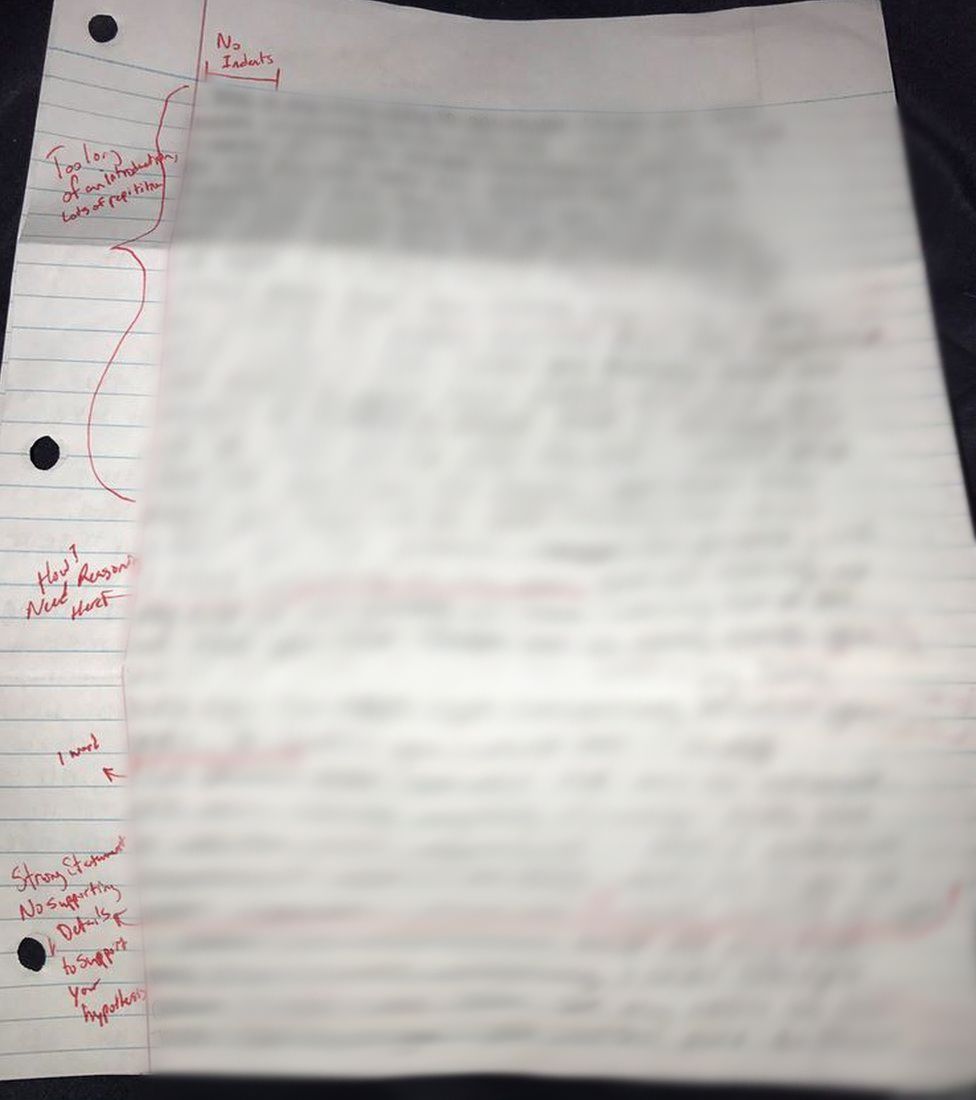 "We started dating in February of last year and dated for about eight months.

"Four months in she started hiding her phone and I heard she had code names for guys in her contacts list."

The second page calls for his ex-girlfriend to provide more details after this line: "I took all the promises we had and broke them."

Then there's a spelling mistake with "loose" changed to "lose".

Nick then calls his ex out when she says she has "no reason to hide, lie or hold anything back" from him.

He writes in the margin: "If there is no reason to lie, why isn't the truth being told?" 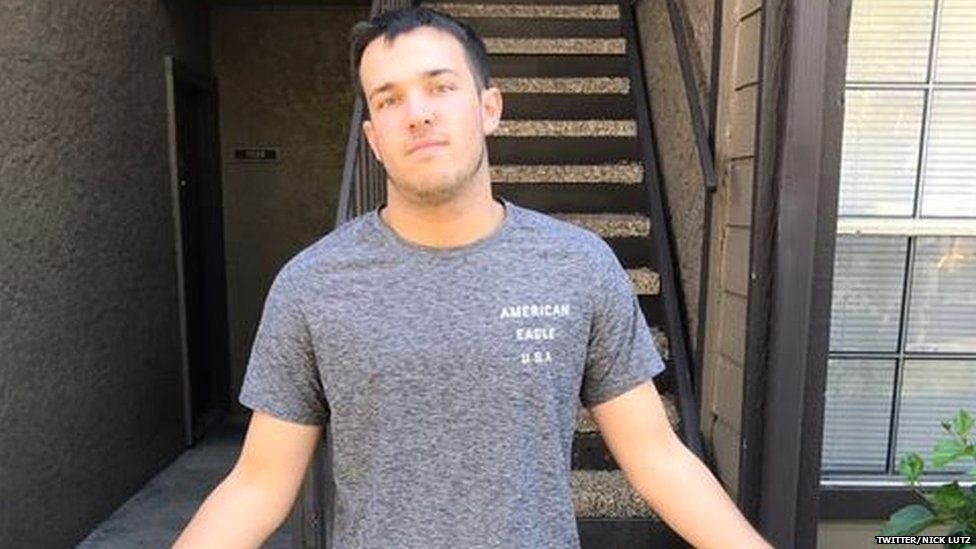 Nick says he decided to annotate the letter as a "joke" between him and his friends.

But his original tweet where he graded the letter has been shared more than 100,000 times.

"She's not the happiest but I didn't expect it to go viral. She talks to my mum but I haven't spoken to her and I'm not sure I will."

He says he hasn't thought about her when she asks if he has and again accuses her of "using useless fillers" to pad out her letter.

Nick even says she used "lackadaisical" handwriting near the end of her note. 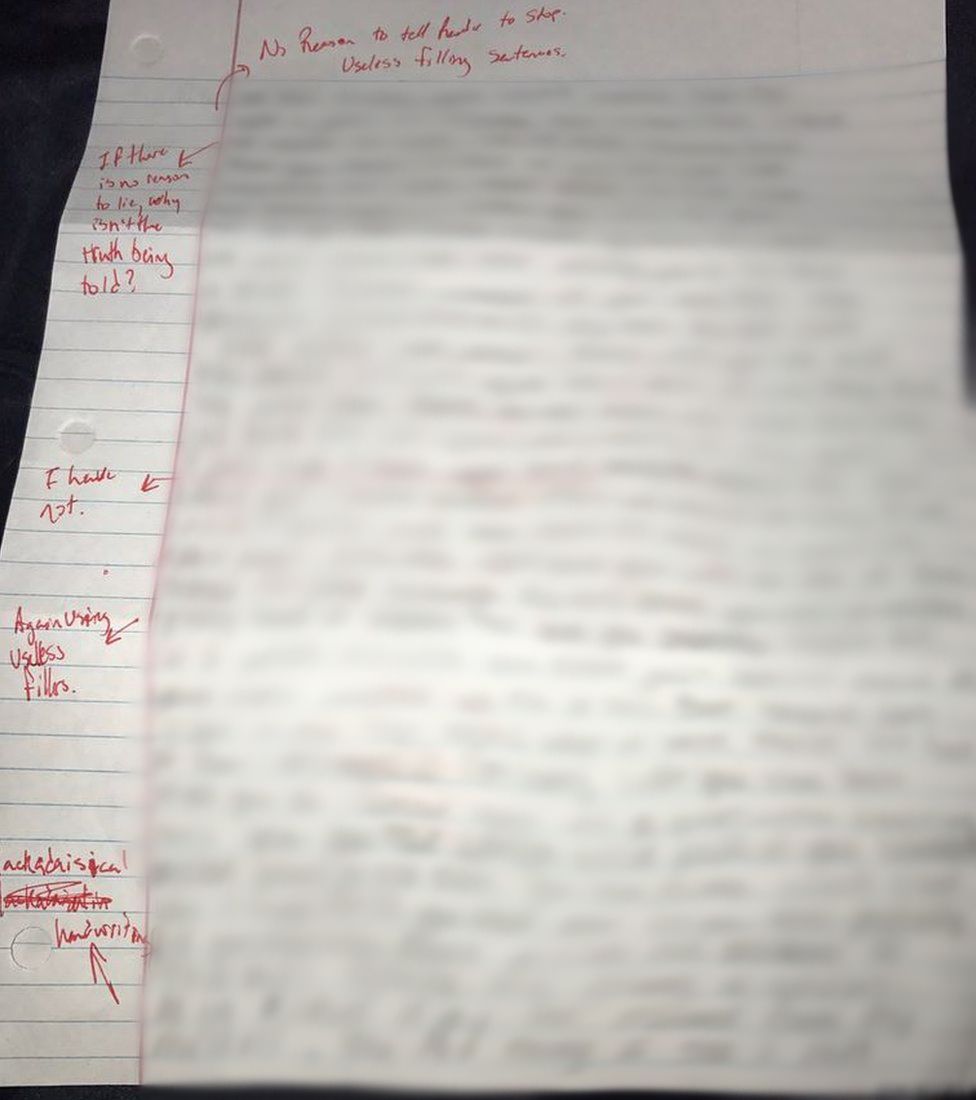 The final page contains a question mark after "I love you" and also the rest of Nick's final conclusion.

"If you want to be believed, back it up with proof," he writes.

"You claimed that cheating never occurred, but place blame on yourself - then what for?

"Need to stop contradicting your own story and pick a side. While this gesture is appreciated, I would prefer details over statements.

"Revision for half credit will be accepted." 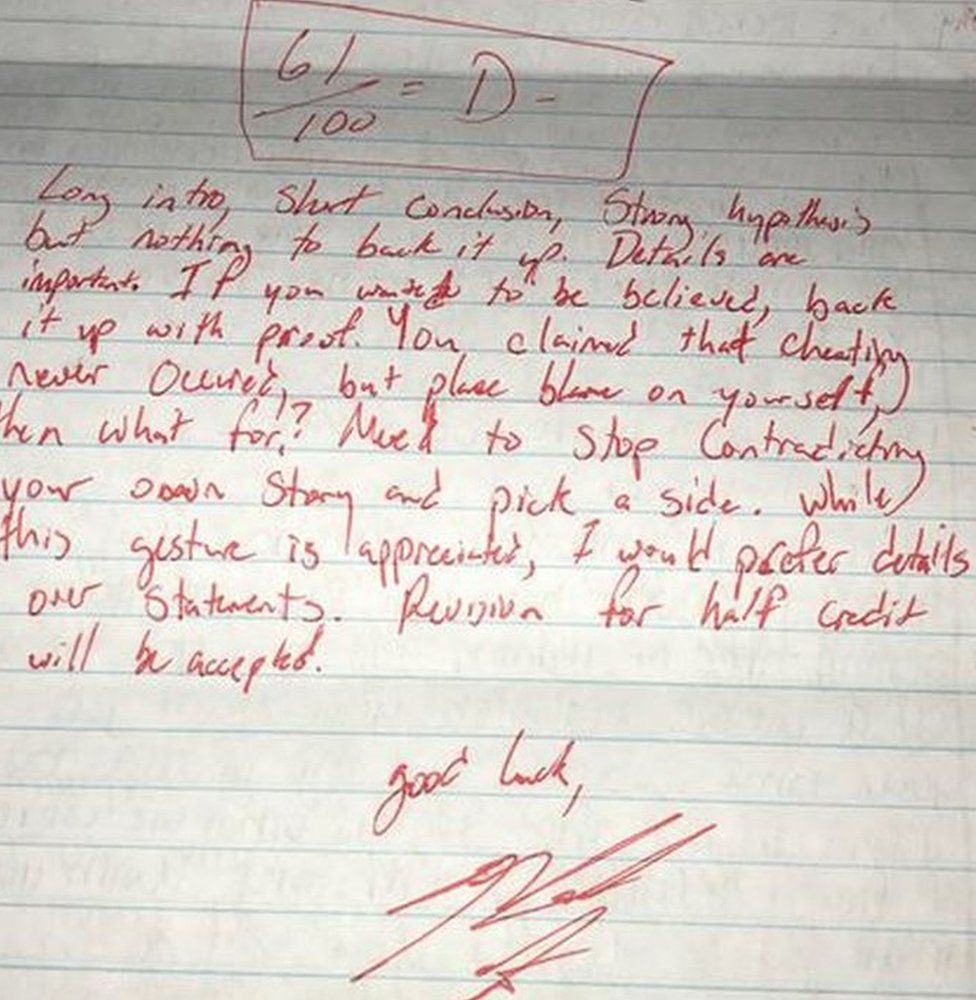 Other people pointed out other mistakes in the letter too.

After posting the note on Twitter, Nick was asked out on a date.

Nick also told another Twitter user that his ex-girlfriend had seen the changes and was "okay with her grade".