What are executive orders and how much power do they give President Trump? - BBC Newsbeat

What are executive orders and how much power do they give President Trump? 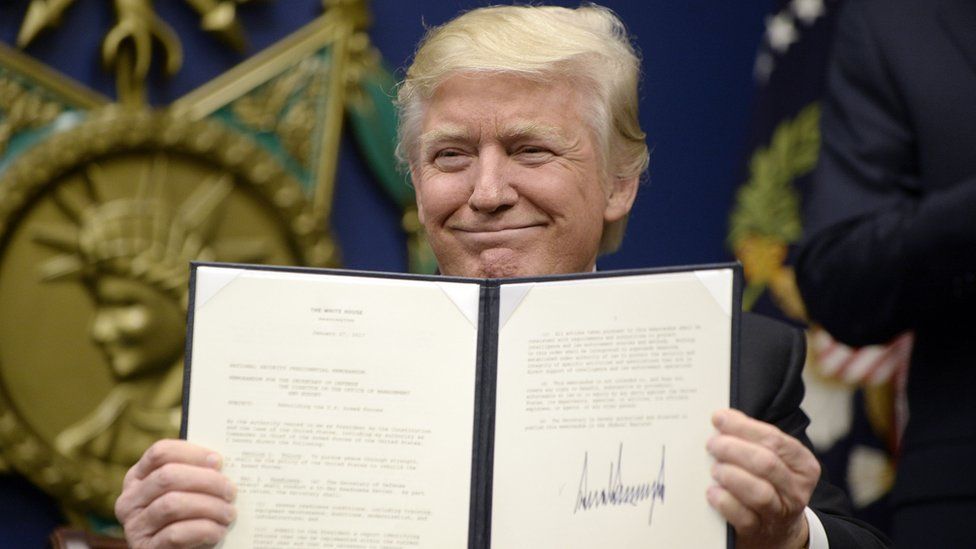 Have you seen Donald Trump scribbling his signature on a document this week?

Then you probably saw the new US president signing an executive order.

They are a fast-track method of turning a political pledge into reality.

This page will help you understand how they work - and the extent of their power.

What exactly are executive orders, then?

Every president, including Barack Obama, has used executive orders to get things done.

But before understanding how they work, you first need to get your head around US Congress.

Congress is a bit like parliament in Britain. It sits at the heart of US government. Like the Houses of Parliament it is split into two parts, the Senate and the House of Representatives.

These two houses are filled with hundreds of senators and representatives: elected politicians from the two main parties in the US - the Republicans and the Democrats.

These people decide which ideas should be made into laws and how US budgets should be spent. 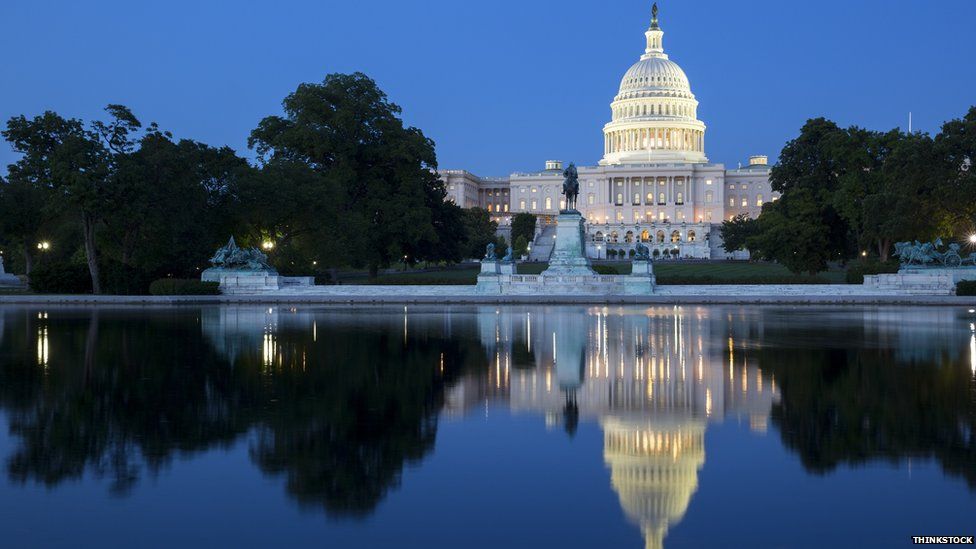 Image caption The Capitol Building is where Congress meets, pretty by night isn't it?

Now here's the thing: executive orders do not require the approval of Congress to take effect but they still have the same legal weight.

Most executive orders stem from a leader's desire to bypass Congress.

In the case of President Trump it seems he is using them to rattle through his many controversial election pledges at speed, showing voters he is prepared to follow through on bold promises.

Video caption Jobs, guns and God. Donald Trump supporters reveal why they voted him in as US President

So what has President Trump used them for so far?

In his first week in office President Trump has issued more than a dozen executive orders, ranging from American industry to the right of some Muslims to enter the US.

He began by setting in motion his wish to overturn the Affordable Care Act, nicknamed "Obamacare". He wants to undo Obama's scheme to provide all Americans with healthcare, a bit like the NHS in Britain, but via a compulsory insurance scheme.

The new commander-in-chief signed another order blocking funding to organisations that provide services for abortion.

He then signed his support for a highly controversial oil pipeline which would cut close to a native American reserve, Standing Rock, affecting both wildlife and land said to be sacred. 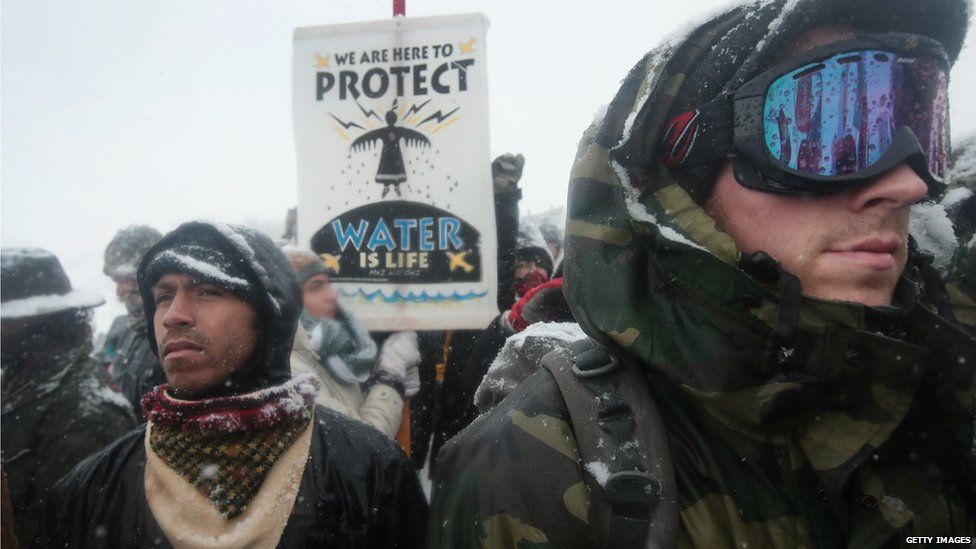 There were big protests about the Dakota Access Pipeline project just a few months ago. Celebrations followed when Barack Obama said a new route for the pipeline would be found. President Trump says the construction work will be good for US business and farmers.

The president also signed an order to enable the first steps towards the building of a wall between the US and Mexico, one of his biggest campaign pledges.

He then signed off plans to increase deportations of people found to be in the US illegally.

And in the last 24 hours he's been widely condemned for using an order to stop Muslim people from seven countries - Syria, Iran, Iraq, Somalia, Yemen, Libya and Sudan - entering the US. He's also put a block on all Syrian refugees coming to America. 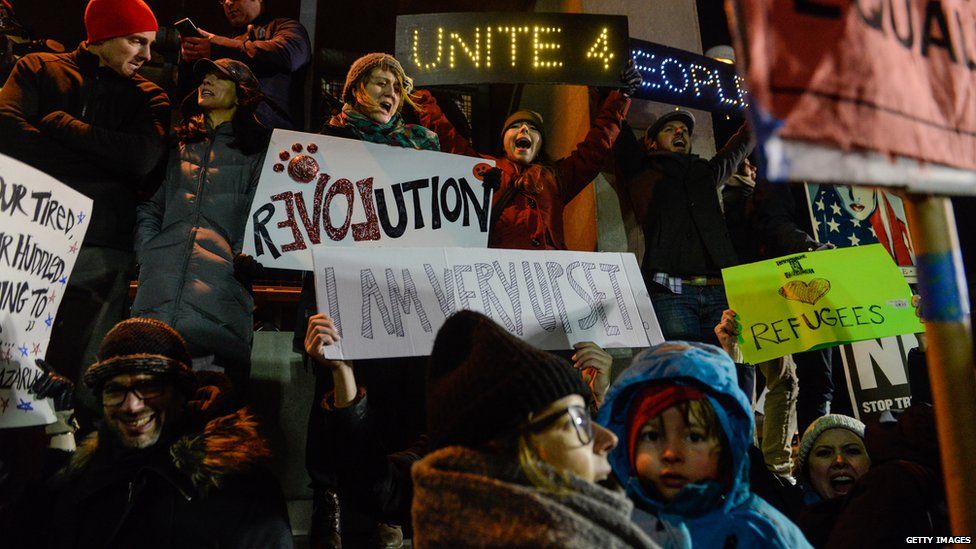 Can executive orders be cancelled?

The best that Congress can do if it doesn't like an executive order is to pass a law which makes it difficult to fund. The president still has the power to strike this law down.

In Trump's case, it is unlikely that Congress will try to go against any of his orders so far because there are more Republicans than Democrats in both the Senate and the House of Representatives.

The only way to erase an executive order is back in the White House, where all of those pictures of Trump with his pen have been taken. That's because if an administration doesn't like an order from a previous leader, at this point, normally when a new leader arrives, it can be wiped out.

However, an executive order is subject to judicial review (in the US this means Supreme Court judges having a say) and can be scrubbed out if it's decided it is "unconstitutional".

The constitution, in simple terms, is a written rule book which upholds American values, like freedom of speech.

Another way around an executive order is if a case against it is brought to a federal court: American judges have the power to rule against the government and suspend it - but only temporarily. 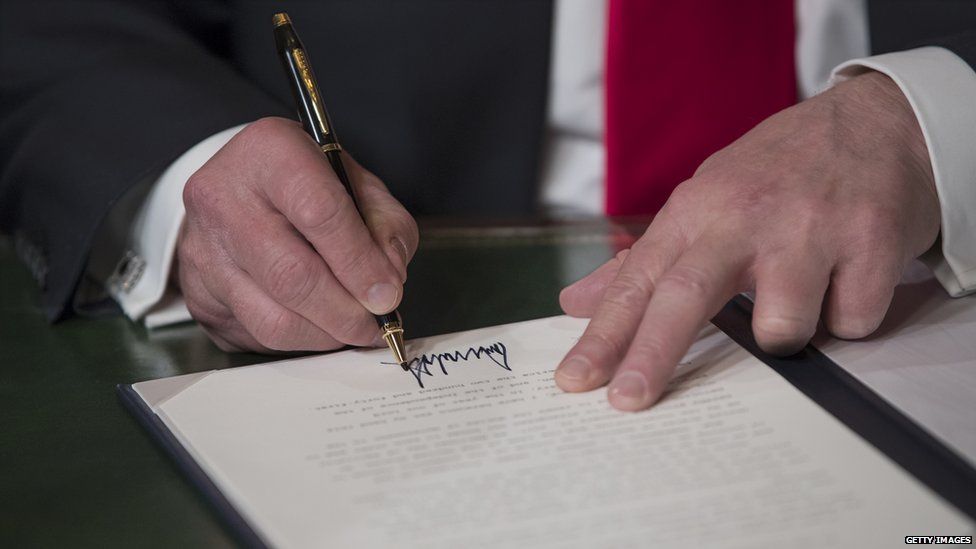 Critics of Trump's Muslim ban say that it goes against one of the key parts of the constitution - that one religious group cannot be "preferred over another".

In the last few hours a US judge has issued a temporary halt to the deportation of visa holders or refugees stranded at airports following President Trump's executive order.