Hideo Kojima says games and films will merge together

Described as the Spielberg of gaming, he was speaking to Radio 1 Newsbeat during an exclusive tour of his new studio in Tokyo.

"We want to be there when that time comes, to help show people a new kind of experience.

"We're already preparing for that future, but first we're focusing on our next game."

The man behind the iconic Metal Gear series is looking to the future after a couple years dominated by a controversial break-up from his former employers Konami. 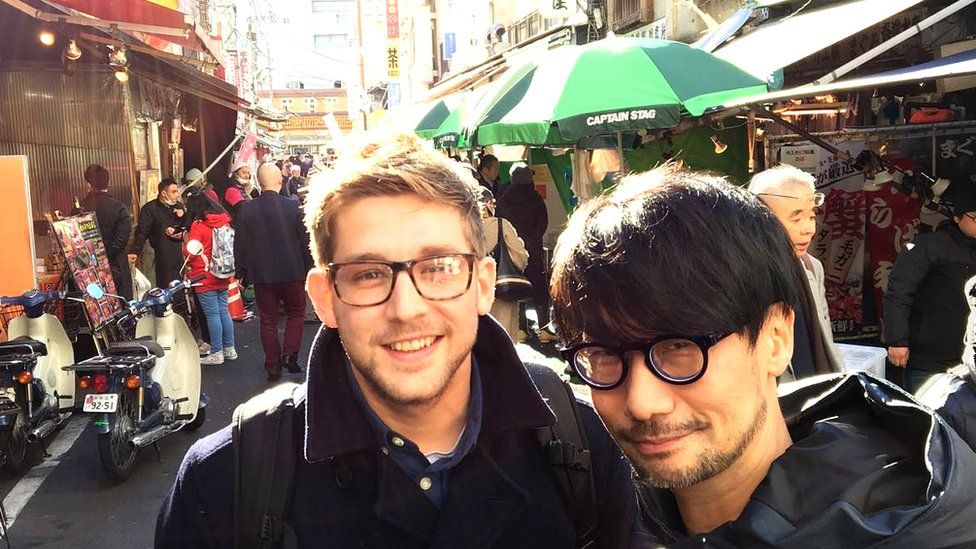 He doesn't go into detail but tells Newsbeat: "I worked for 30 years at my previous company.

"I had a lot of experiences there and I'm very appreciative of everything I gained from that experience."

He set up his new studio, Kojima Productions, after leaving Konami in December 2015. 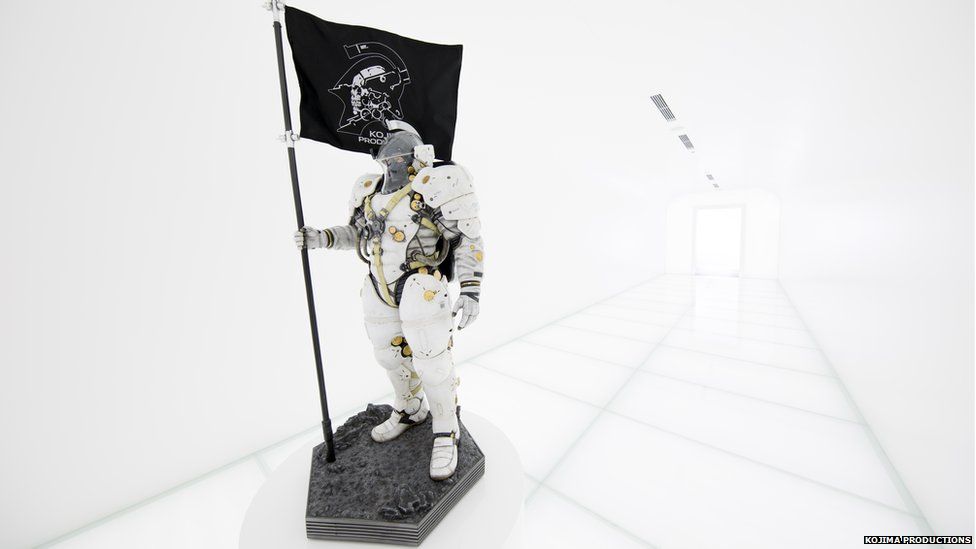 "I have more freedom now because the final decision comes down to me.

"This company is not listed on the stock exchange so we don't need to worry about pleasing investors.

"We can just concentrate on making good games."

But games are just the beginning for the man credited for creating the stealth genre back in 1987. 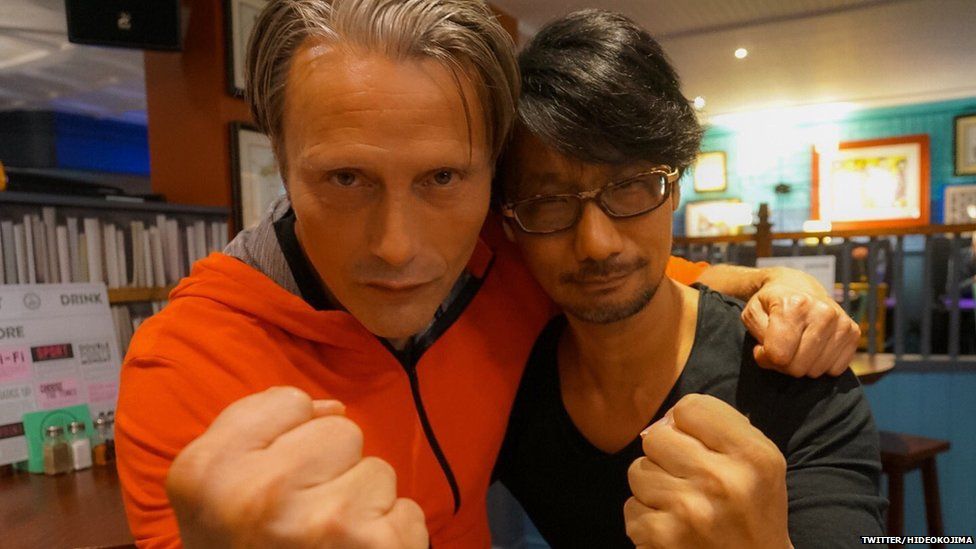 Image caption Hideo Kojima with Mads Mikkelsen, one of the stars of his next title Death Stranding

"In life people are very busy doing lots of things," he explains through a translator.

"The time you have to choose what media or entertainment you experience is dwindling.

"More and more people are looking at types of media that combine elements together."

[Death Stranding] is not like anything they've played before.
Hideo Kojima

"If we just make a game people are less likely to choose that as something to do.

"They would rather engage in something that combines different forms of entertainment together.

"That's where we need to focus our efforts, on this convergence." 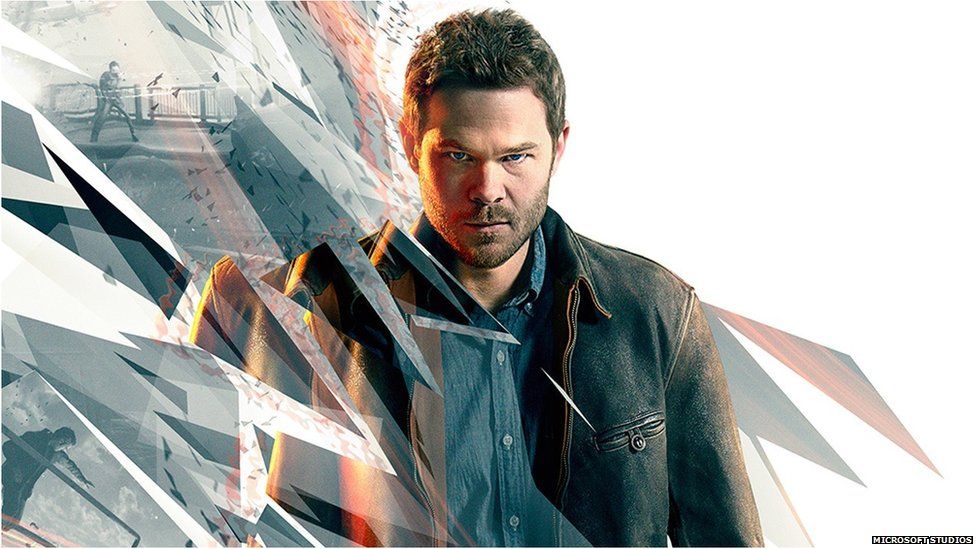 But before we see this vision realised, he's focusing on making Sony's exclusive release Death Stranding.

Not much is known about the top-secret title that was dramatically announced last year.

Despite our best efforts we couldn't get much more information out of its creator.

"No comment," he laughs when we ask for details of the game. 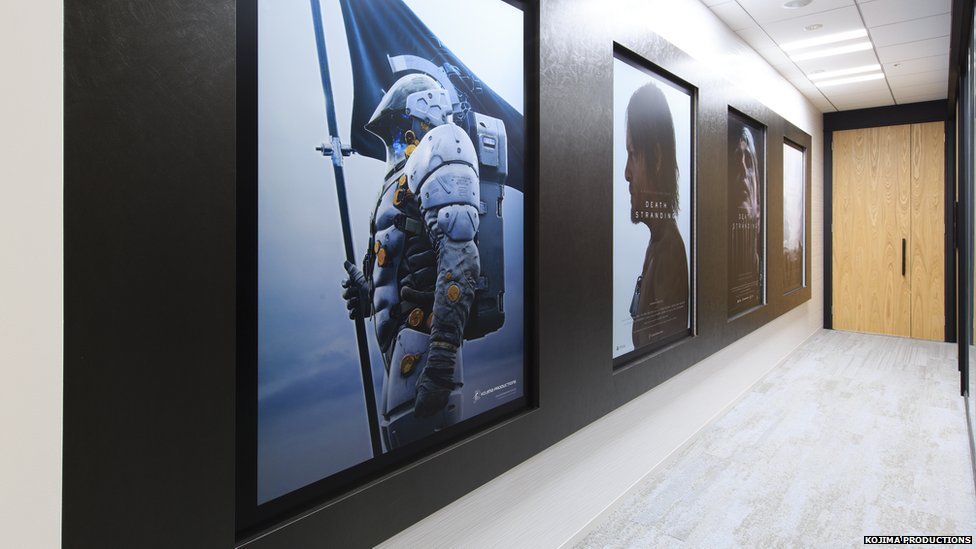 He explains: "Unfortunately we can't really say anything about it at the moment."

However it is likely that fans can expect something very different to what he's produced before.

"We want this game to be something that people can get into easily but after an hour or two they'll start to notice something a little different.

During a visit to the Sony exhibition centre in Tokyo he explains more: "Bands that everyone remembers take risks.

"They constantly change their music from previous albums, adapting and evolving through the ages." 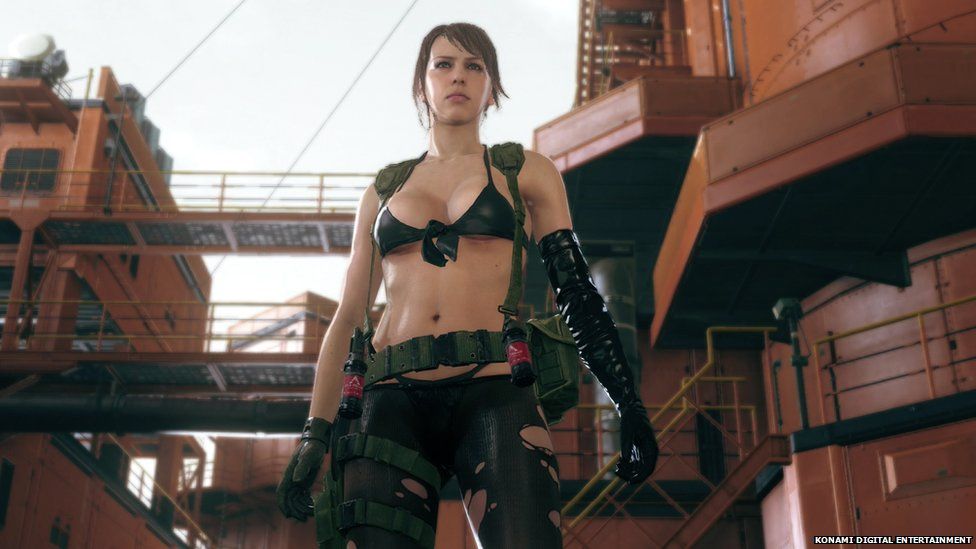 Image caption The character Quiet from his last game caused controversy for her outfit, Kojima defended the way some women are represented in his games

"They might lose some fans along the way, but they bring in new ones, that's the kind of approach I want to take with my new game."

Kojima also talked about some of the other big issues in gaming.

He defended the way women have been represented in previous titles, with some gamers critical of "overly sexualised" characters.

"I'm going to have a different approach for the next game," he says. 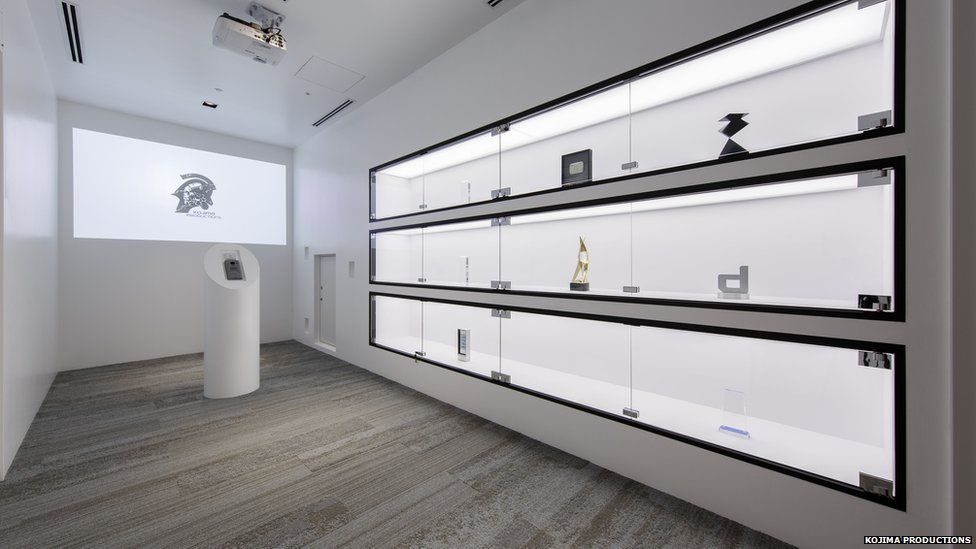 "What I really want to avoid is, like you see in some games, characters with big breasts with no back story.

"If I make characters that at first glance might look like this then they'll have a deep background story to give a specific reason why."

Virtual reality is being hailed as the future of gaming but Kojima hints that VR games need to get better.

My favourite thing to do is make things. Even on my death bed I will still be making something
Hideo Kojima

"It has the potential to bring [out] emotions that people haven't experienced before, when playing a game or watching a movie." 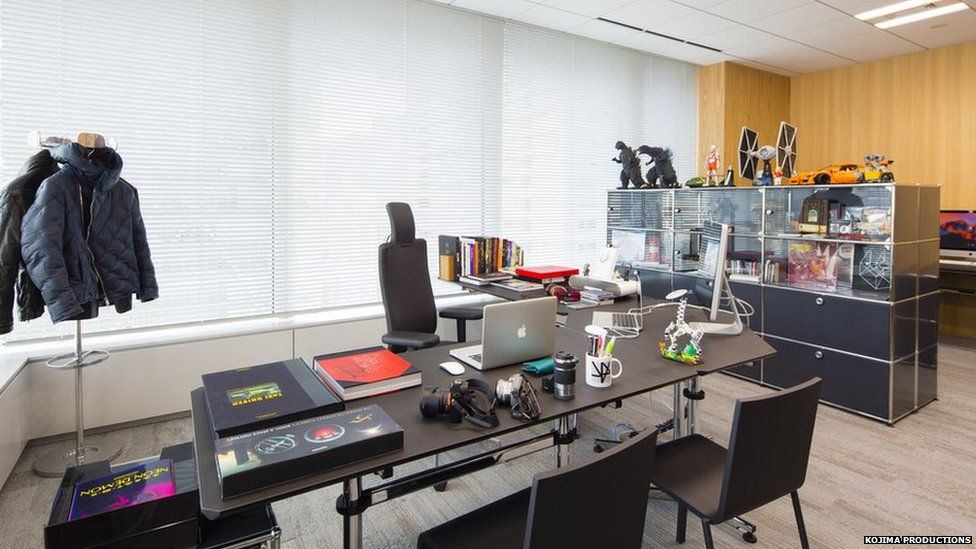 Gaming's top-selling titles are often sequels in big franchises like Call of Duty or Assassin's Creed.

Despite having a history closely tied to one of those big franchises himself, Kojima tells us not to expect his new studio to take that approach.

"We don't want to be a studio that re-uses assets, ideas or just makes sequels all the time.

"We want it so [that] every time someone plays one of our games they're getting a new experience."

The 53-year-old has no plans to retire any time soon. In fact, he says he's only just getting started.

"My favourite thing to do is make things. Even on my death bed I will still be making something, because that's what life is for me."