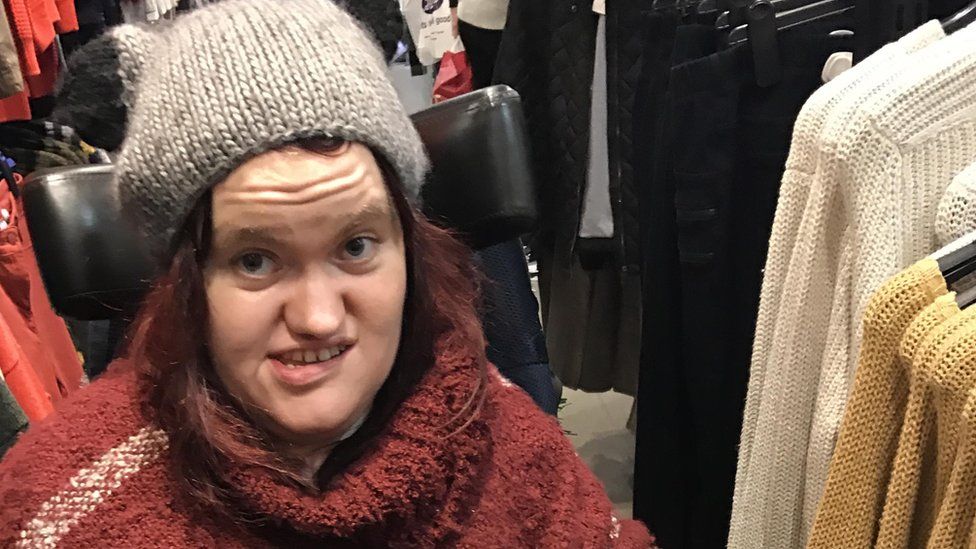 Shops across the UK are missing out on a slice of £249bn because many are inaccessible to disabled customers.

The huge figure represents the combined spending power of the disabled community in the UK.

The government's described retailers as "dumb" for not recognising the importance of easy access on the high street.

A new scheme will recruit industry "champions" to lead by good example and best practice.

Wheelchair users have described their experiences as "a nightmare", especially in the run-up to Christmas. 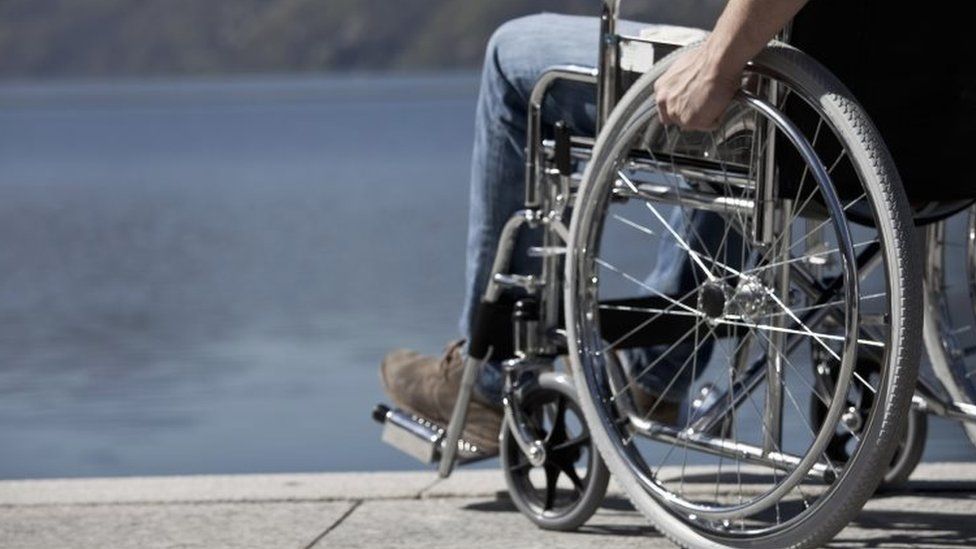 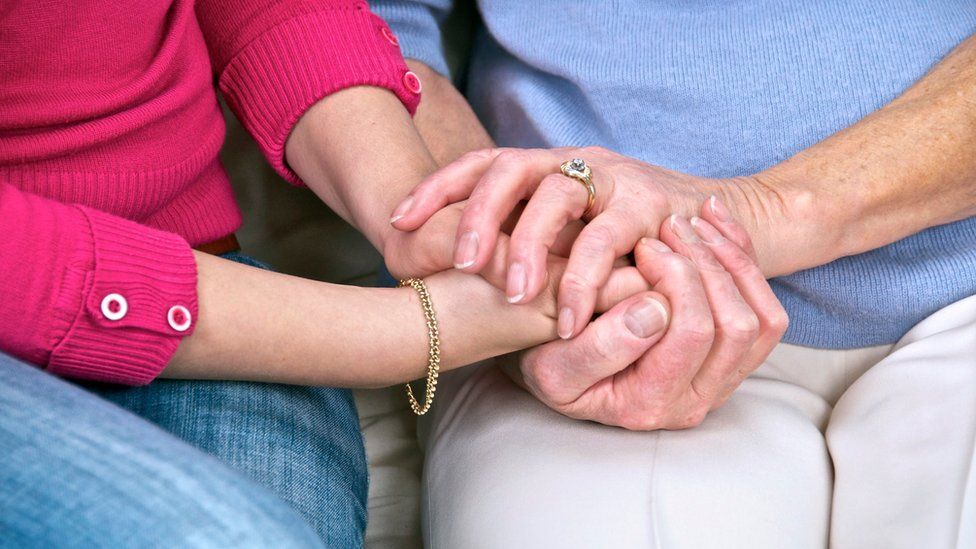 Social care 'a crisis made in Downing St'

Extra stock and display stands can take up what little extra room some stores have for them.

Penny Mordaunt, minister for disabled people, said: "We need to let businesses know how dumb they're being and we need inspirational people to help us do that".

She wants volunteers from the retail, hospitality, sport and manufacturing industries to come forward and lead by example.

"We want to give consumers, and their friends and families, more information about the stores that are doing things well.

"People will ultimately vote with their wallets."

"It's essential to the success of any store that the consumer has a positive experience.

"I think you need the space to observe the product, touch it, discuss it with friends.

"I think you need the space to observe the product, touch it, discuss it with friends
Edward Stammers
Visual merchandising lecturer

"It can be the clincher in terms of whether or not you buy the product."

Building regulations state passageways must be at least 120cm wide but those rules do not apply to free-standing clothes rails and display stands.

Speaking to Newsbeat about the clutter that is sometimes found blocking the accessible counter she said: "When we're doing our surveys we might say do you realise this lowered counter is actually there to enable a wheelchair user to get served without having to stretch up to the higher counter.

"When you explain it to them [staff] they're quite mortified and will clear that counter but that needs to be addressed at a higher level across an organisation." 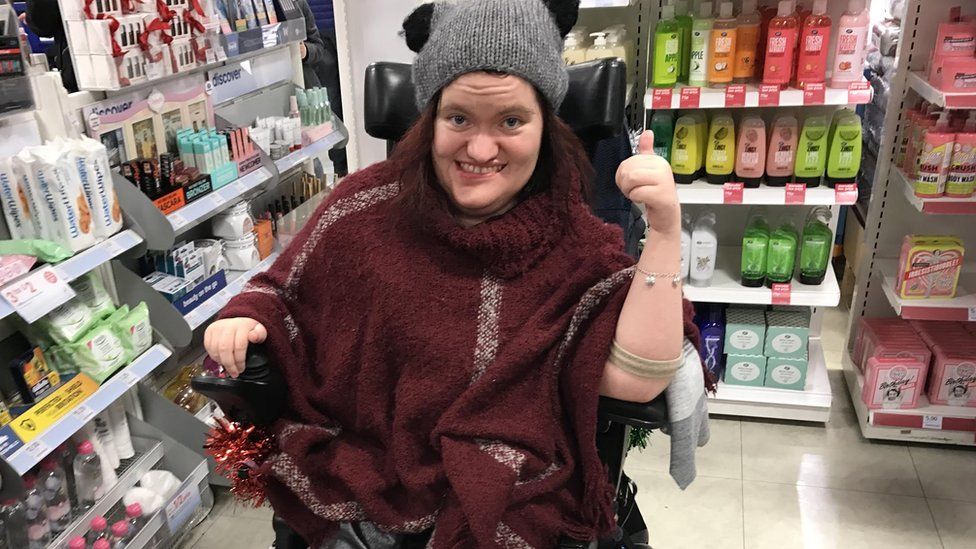 When Michaela was eight months old she was diagnosed with spinal muscular atrophy (SMA).

She says Christmas is "a brilliant time of year" and she loves decorating her powerchair with tinsel.

But additional displays and stock in December, as well as the shoppers, cause her problems.

"There are many shops where I have a one way system that I can go and if I go any other way I will get stuck," she tells Newsbeat. 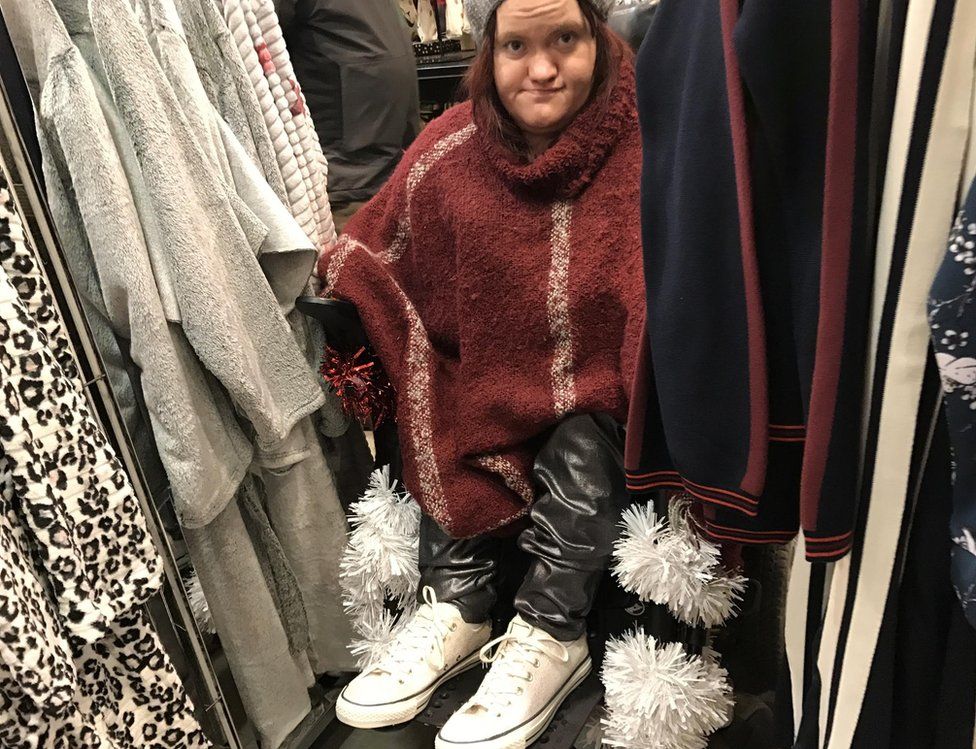 "It's horrendous - I don't have the loudest of voices so if I'm stuck where there's lots of noise, and there's music on, I can't call whoever is with me for help.

"I've got stuck between aisles of clothes and my arms been pulled right off the remote control by the clothes. I could be injured by that."

She also says it's not just wheelchair users having a hard time.

Anyone with a pram or buggy can also get easily stuck, she says.

"We all need a rolling path through, instead of a walking path."

Our journey down the UK high street

Wheelchair users, including Michaela, sent Newsbeat photos of their experiences on their local high street.

Fiona-Jane Kelly from Hounslow told us she was "quite impressed" by her local WH Smith.

But she said Clintons Cards and Ryman stationers were "abysmal" because she couldn't fit down most of their narrow aisles. 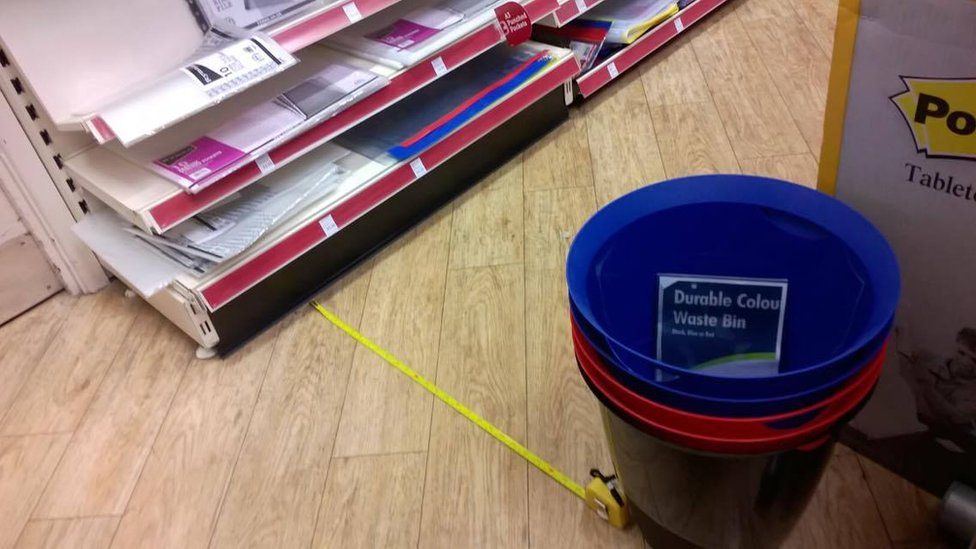 Fiona said she couldn't even face shopping at her local Wallis because the rails were too closely packed in. 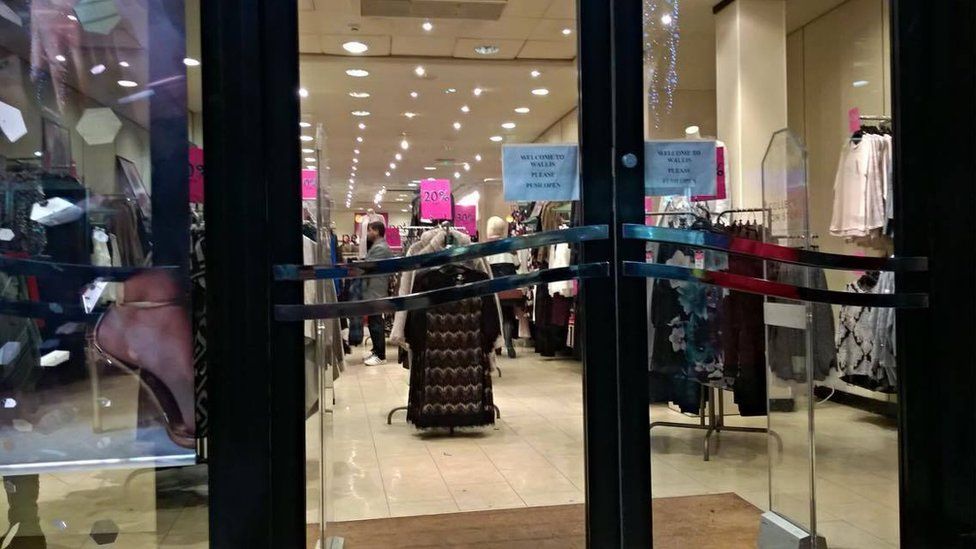 "We are sorry on this occasion that [full accessibility] has not been possible," Clintons Cards said in a statement.

They said they would "make adjustments" to improve access.

Ryman said it was their "priority" to meet the responsibilities as set out by the Disability Discrimination Act 1995 (DDA).

The DDA was actually replaced by the Equalities Act six years ago, we explain.

The firm said it aims to "provide all of our customers with a good shopping experience".

Fiona said she had a "big surprise" in Poundland, despite the store being famous for piling it high.

"Each aisle was more than wide enough and at one point I even passed a double-width buggy," she said.

Charlotte Thornton White in High Wycombe wasn't as complimentary about her local Poundland. 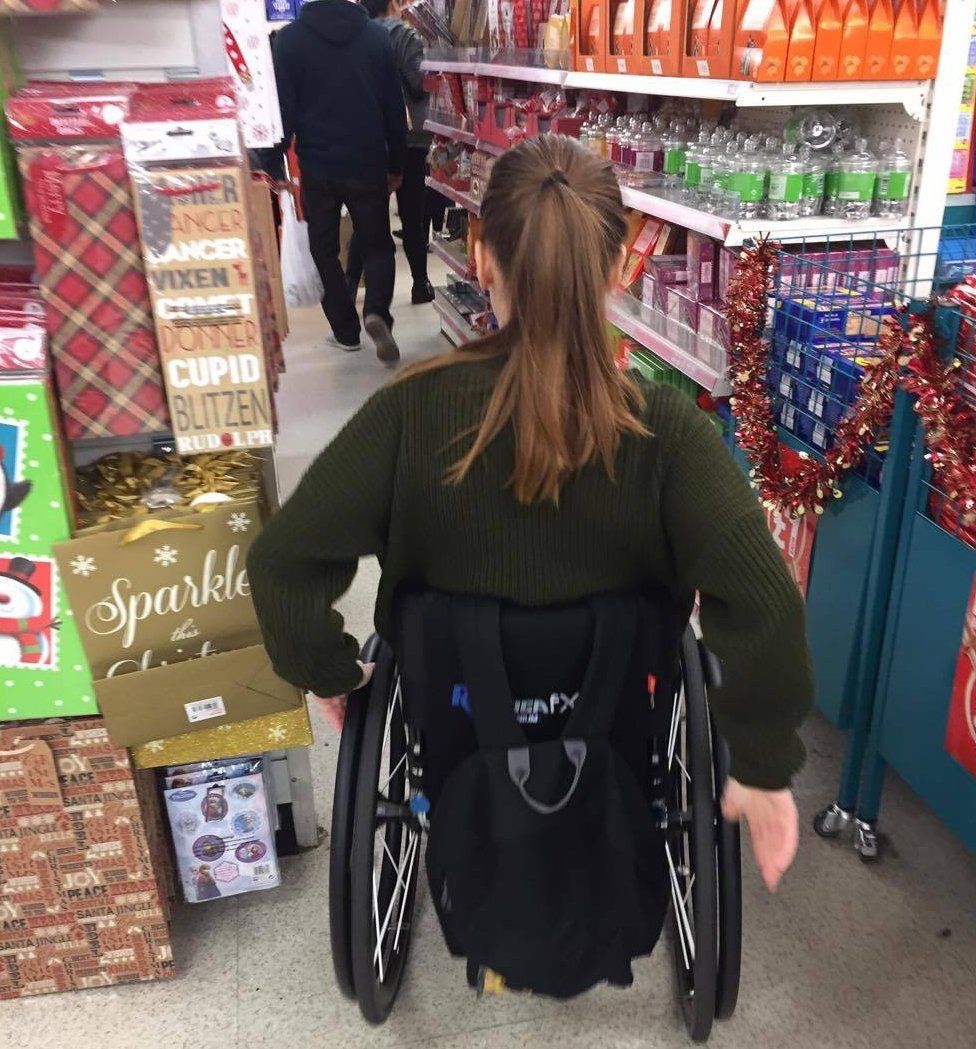 "There were loads of empty boxes left from where stock had been put out... which blocked the way," she said.

"Poundland takes its responsibilities under the Equality Act 2010 very seriously and has in place controls to ensure all stores are easily accessible by wheelchair users," the firm says.

It was clothing rails that caused problems for Lousie Blanch at Primark in Taunton, Somerset.

While the main aisles were wide enough, some of the rails were so tightly packed together they didn't allow for "standing people to pass, let alone a wheelchair."

The shop says it "works hard to ensure that both customers and colleagues have easy access and movement".

Catherine Szymanskyj had a similar experience when she visited Marks & Spencer in Rochdale. 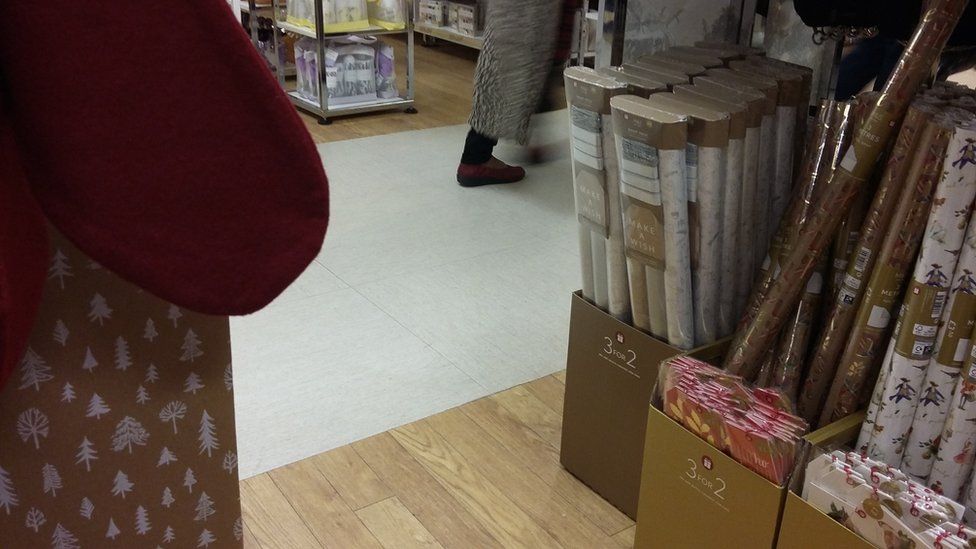 "We design our stores to be inclusive so that all our customers can shop with us in comfort," M&S says.

In Belfast Michaela visited two Next stores with mixed results.

"We would first like to apologise," Next tells Newsbeat.

"We will be reviewing these stores and will be looking at removing some of the centre equipment to allow more access for wheelchairs."