Letting fees ban: How it works in Scotland - BBC Newsbeat

Letting fees ban: How it works in Scotland 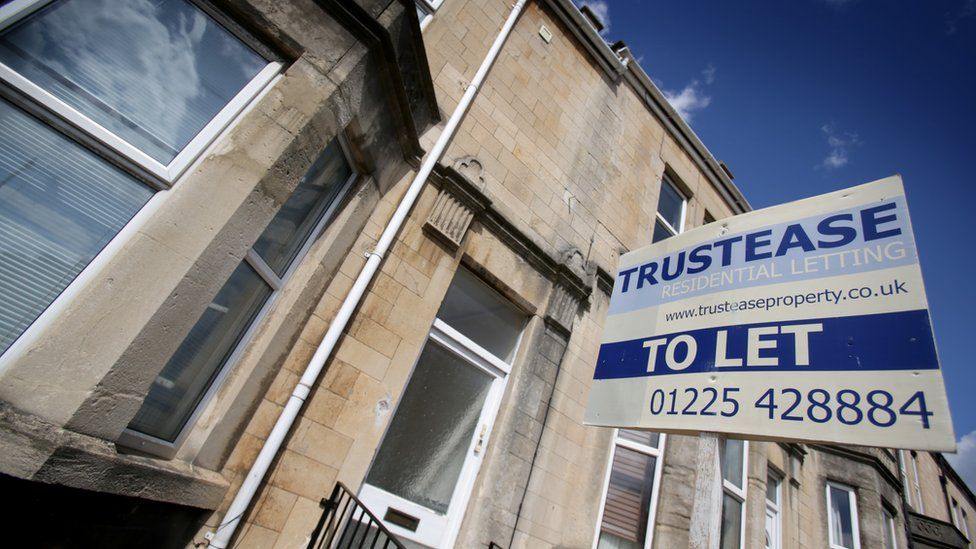 Landlords say the new ban on letting agent fees will push up rents. But did that happen in Scotland after the ban was introduced in 2012?

The Chancellor announced the change, which will be enforced "as soon as possible", in the Autumn Statement.

An estimated 4.8 million renting households in England are expected to benefit, saving anything from £200 to £700 for each move.

It was welcomed by housing campaigners and tenants representatives.

They say the fees are unfair and that landlords should pay instead of renters, who already have to cope with rising fees and moving costs. 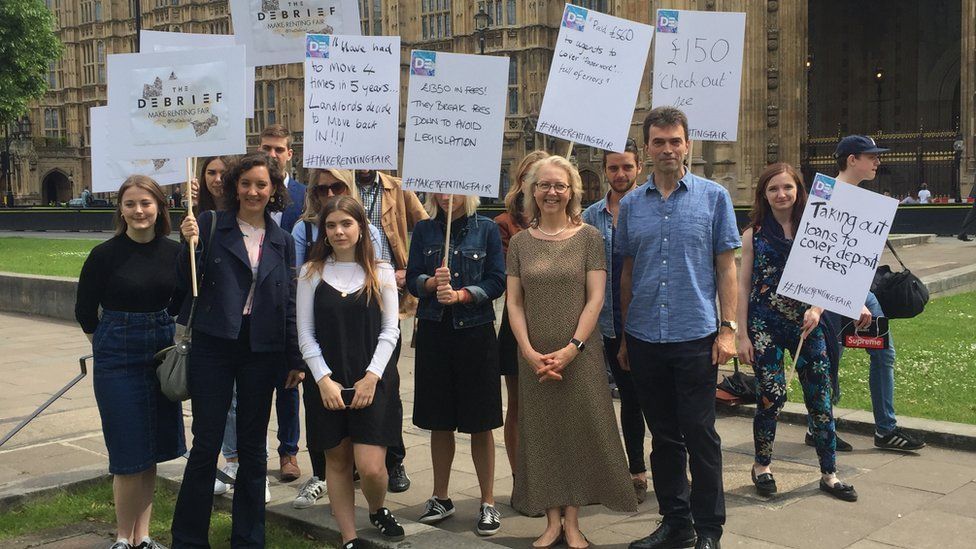 She said she had paid around £2,000 in fees over the course of seven house moves in nine years. The Lib Dems and Labour had also got behind the issue and called for a ban on the fees.

But landlords and letting agents say banning them will only result in an increase in rents, as the additional cost to the landlord will just be passed back to the tenant.

We're in an area where you can't ridiculously increase rents because people just won't rent the properties. So we've had to absorb it
Shona Hay
Belvoir Letting Agency

Ben Madden, Managing Director of Thorgills, the London estate and letting agents, said the ban was "an embarrassing U-turn in Government policy".

"Scrapping these fees could result in unscrupulous agents delivering less, not more transparency," he added. "Fees could be hidden and when people renew their tenancies, they could end up paying more again. For tenants, the ban will drive up costs rather than reduce them."

We went to Dundee in Scotland to ask tenants and letting agents how things have changed since the fees were banned in 2012. 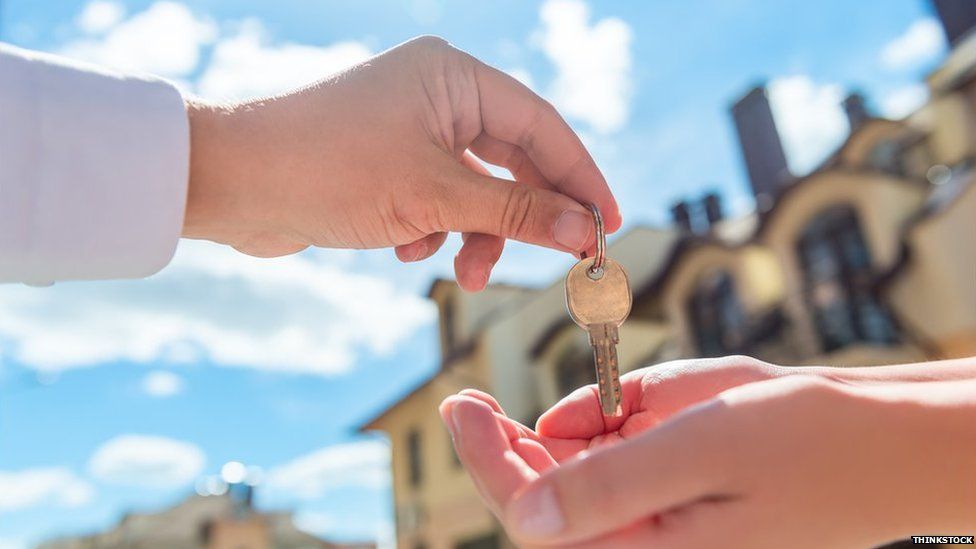 The boss of one letting agency said the ban on letting fees has had a big impact - but on people like her, not tenants.

"I'm hearing various things overnight (from England) about how fees will be passed on," said Shona Hay of Belvoir Letting Agency. "We didn't pass it on. We're in an area where you can't ridiculously increase rents because people just won't rent the properties. So we've had to absorb it."

Letting agents like Shona argue that the fees were legitimate and covered the cost of references and credit checks. "We continue to take a loss on that," she added. "If we were a doctor, we'd be charging for the services, but as an agent, we are quite vilified to be honest."

However, other agents in Dundee said they know of some unscrupulous landlords who still charge tenants for processing paperwork.

I'm looking for somewhere new to live next year and I'm noticing it is going up slightly. But I can see why as Dundee is an up and coming place
Sean McGinley
University of Dundee student

Rents in Scotland did rise slightly immediately after the ban, but the housing charity Shelter said this was due to taxation reasons, rather than the ban.

Research it carried out in 2013 found that just 2% of landlords increased rents specifically because of the fee ban.

The Scottish government said the ban had helped tenants, and pointed to figures published this month showing that two bedroom private rents in Scotland had increased by 1.0% in the 12 months to September - the smallest annual increase since the information started to be collected in 2010.

For one and three bedroom properties in most of Scotland, rents rose by less than inflation from 2010 to 2016.

In fact, English rents have gone up more than Scotland from 2012 to 2016: tenants have faced a 9% rent increase over the last four years, compared to a 5% rent rise in Scotland, according to the ONS. 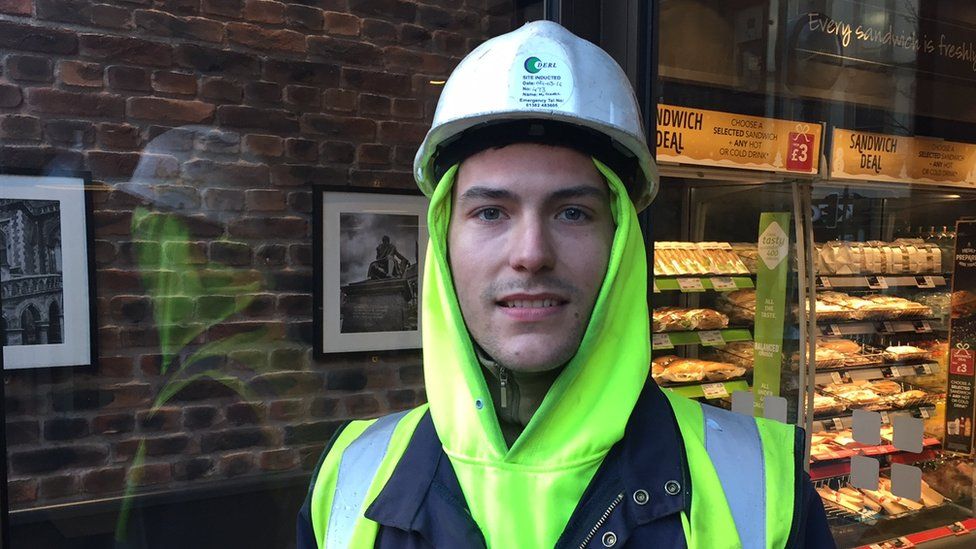 In Dundee, 24-year-old Josh Sturruck has gone from paying £480 a month for a two-bedroom house, to £650 this year. He's sharing with a flatmate, but he puts the increase down to the fact he needed a new place so quickly and was willing to pay.

"I just split up with my partner not long ago, so I just needed to get a house quickly, basically, because I couldn't go back to my mum's, so I just took that one," he said.

Earlier this year, the Scottish government passed a law to stop rents being increased more than once a year, and forcing landlords to give three months' notice. 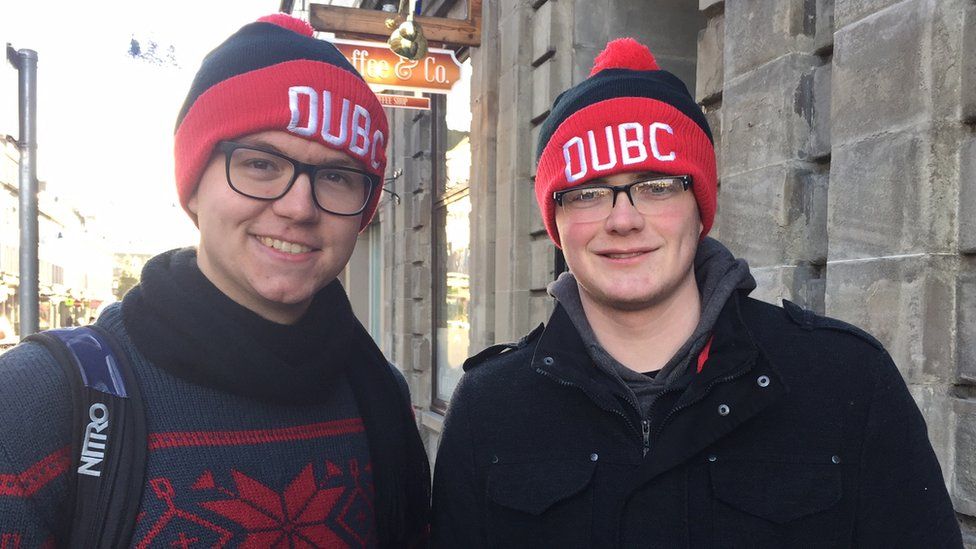 Sean McGinley and Neil Hughes are both students at the University of Dundee, and don't have too many complaints.

"Renting in Dundee is pretty easy and quite cheap for what we get as students," says Sean.

But he does think rents are rising, "I'm looking for somewhere new to live next year and I'm noticing it is going up slightly. But I can see why Dundee is an up and coming place."

How much are letting agent fees?

That depends who you ask. The Association of Residential Letting Agents put the average cost at £202.

However, the consumer charity Citizens Advice said the average cost was more like £337, with some tenants being charged up to £700, while Shelter said fees can reach £500.