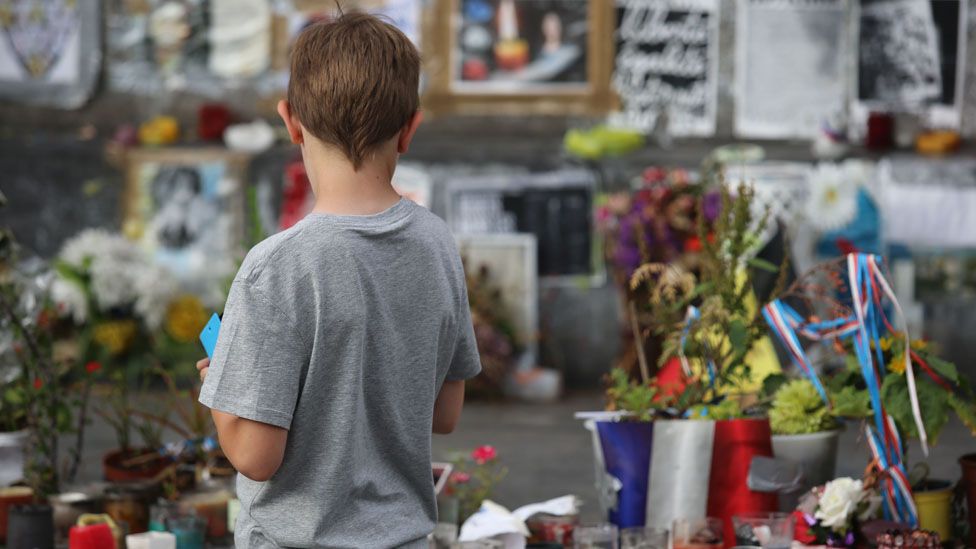 Six children are among more than 150 British people getting mental health treatment on the NHS after surviving terrorist attacks abroad.

Figures seen by Newsbeat cover the last two years and include the attacks in Paris, Brussels and Tunisia.

Public Health England has recommended that another 21 people should be treated for conditions including post-traumatic stress disorder (PTSD) and depression.

But as yet they are not accessing it.

We've been told that some of those getting treatment had struggled to realise it was available via the government.

"British citizens caught up in events like these should always have access to the best physical and mental health support," a Department of Health spokesman said.

"Samantha", a survivor of the Paris attacks, has explained to Newsbeat how she's coping a year on.

"Almost a year on, I have a diagnosis of PTSD and depression, which is managed using medication and psychological therapies," she says.

"I want to feel 'normal' and be able to enjoy the things I did before. Socialising, live music and travel, but know that this will take some time."

Families of those who were involved in the attacks have been offered mental health support too. More than 500 have been contacted by the government.

Since 2012 the UK government has paid out compensation to 67 victims of overseas terrorist attacks.

The amount varies from case to case.