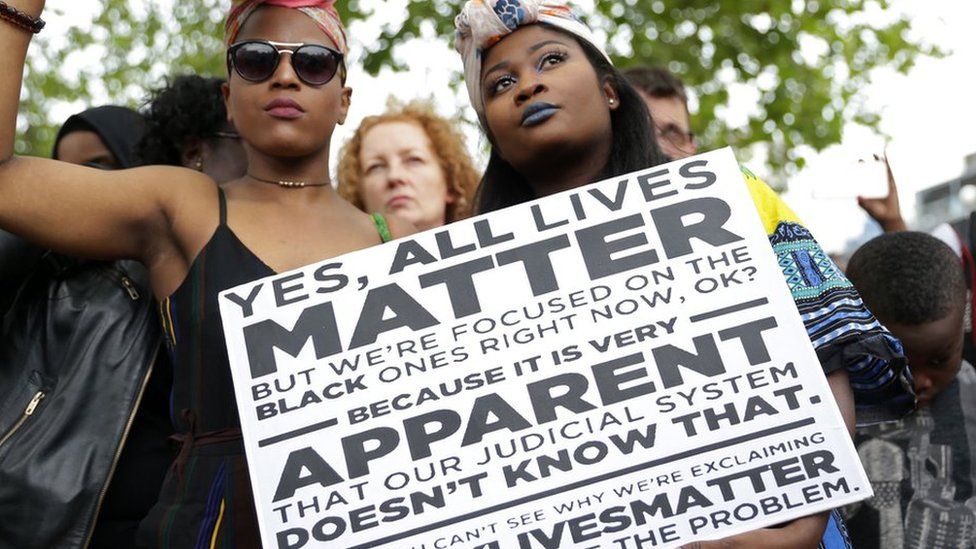 Those are just some of the words that were used by people to describe the feeling of being black in the UK.

But in my 20-plus years living in the UK, not much has changed and it's the reason why many British black people identify so easily with #BlackLivesMatter.

I'm a black man and a journalist. 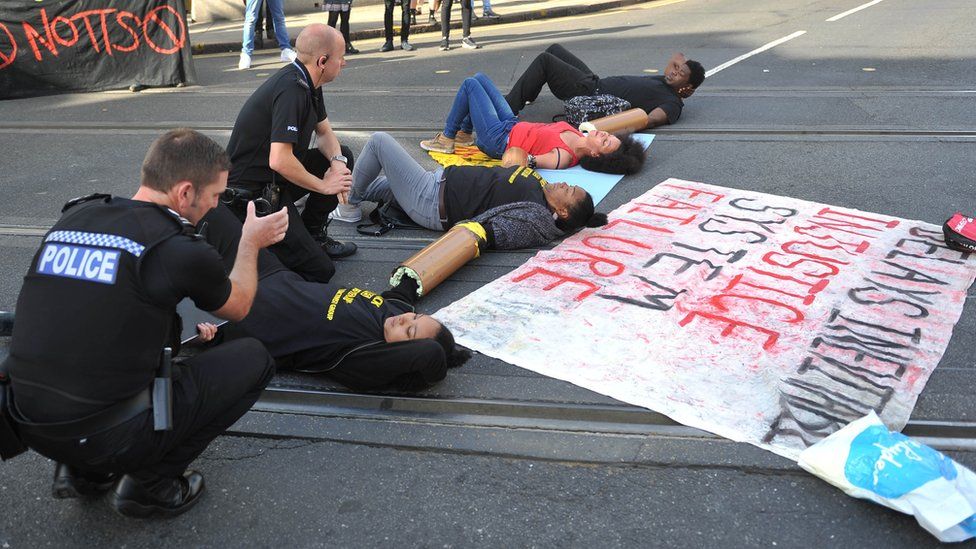 Why Black Lives Matter is in the UK 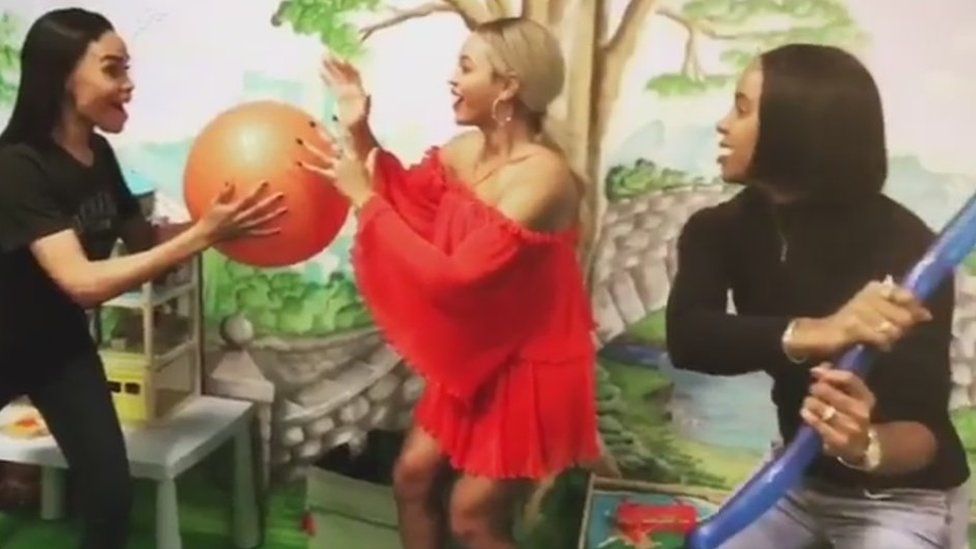 I moved to Britain from Jamaica as a kid and I've lived in London since I was nine.

My working day starts with a trawl of social media to see what everyone is talking about and which stories are making headlines.

In the last six months, trending topics like #EricGarner #PhilandoCastile and #KeithLamontScott have, at times, made me feel like I'm in Groundhog Day.

Their deaths were followed by protests organised by the Black Lives Matter campaign. 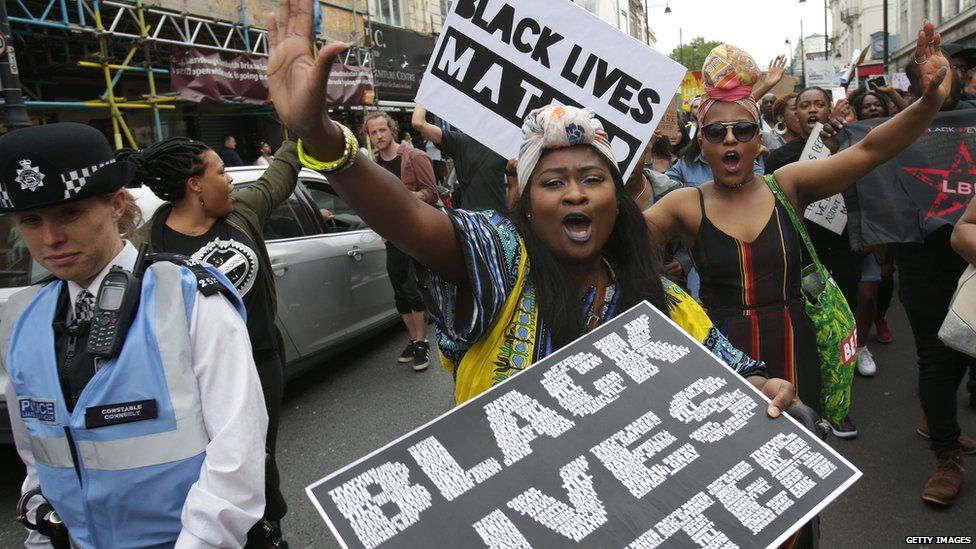 It started in America but it's now a global movement, with events in Australia, Canada and the UK.

I've seen that the Black Lives Matter marches here have been met with some confusion. People have questioned what those organising the rallies, and taking part, hope to achieve.

So I set out with a simple goal: to find out why people, and in particular black people in the UK, decided to march. 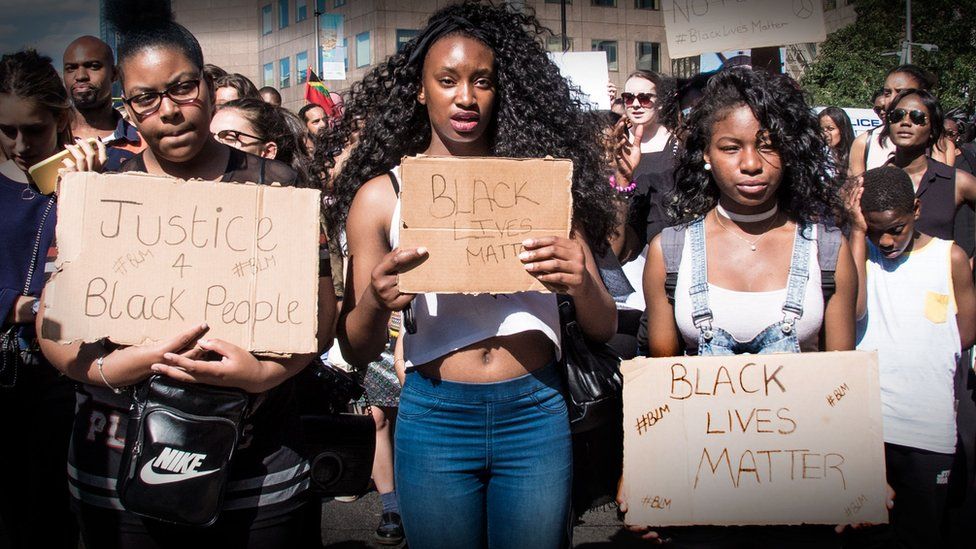 The film took me on quite an emotional journey. I'll be honest and say it began with a bit of self-pity and a lot of frustration.

It was the realisation that if someone didn't want to sit next to me on a train, the problem was with them and not me.

If anything it's the extra leg room I need.

But after some moments of anger and confusion I ended up feeling optimistic, even empowered. 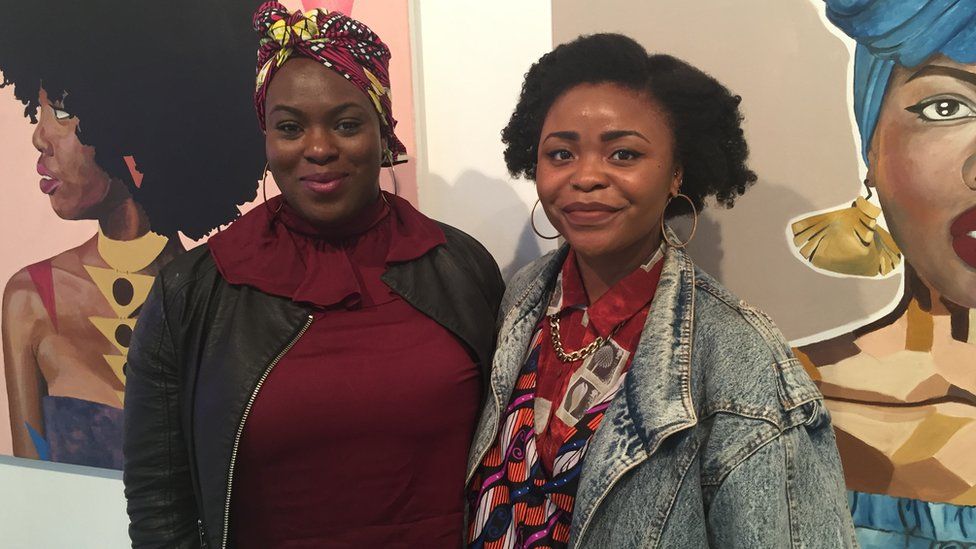 America has some well documented problems with racial inequality.

There's a lot more to it than police brutality but because everyone now carries a mobile phone with a camera, that's an area which has become particularly visible. 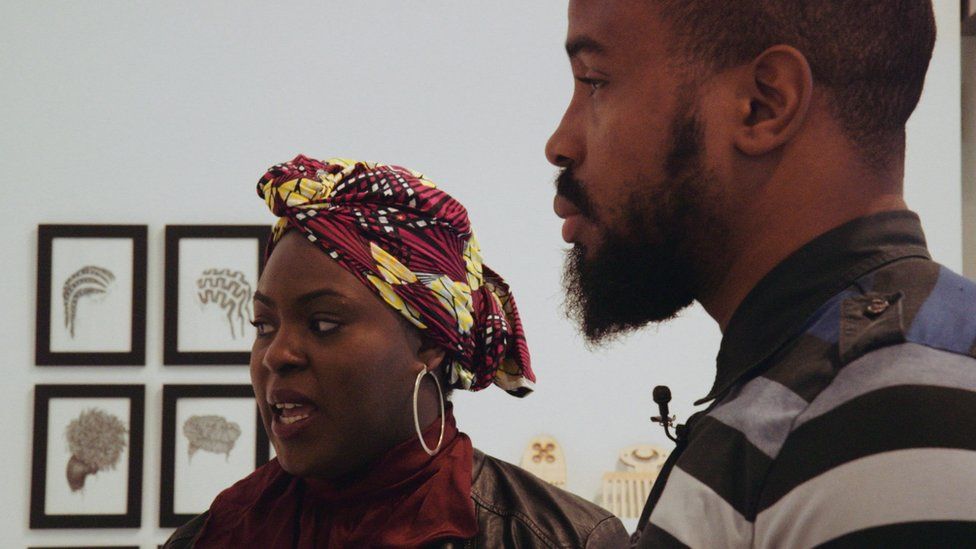 It's hard for any of us to forget some of the video shared on social media showing black US citizens being pulled over by police, questioned and beaten, for seemingly small offences or in some cases no offence at all.

But what about the UK? Aren't relations between police and public much better in Britain? 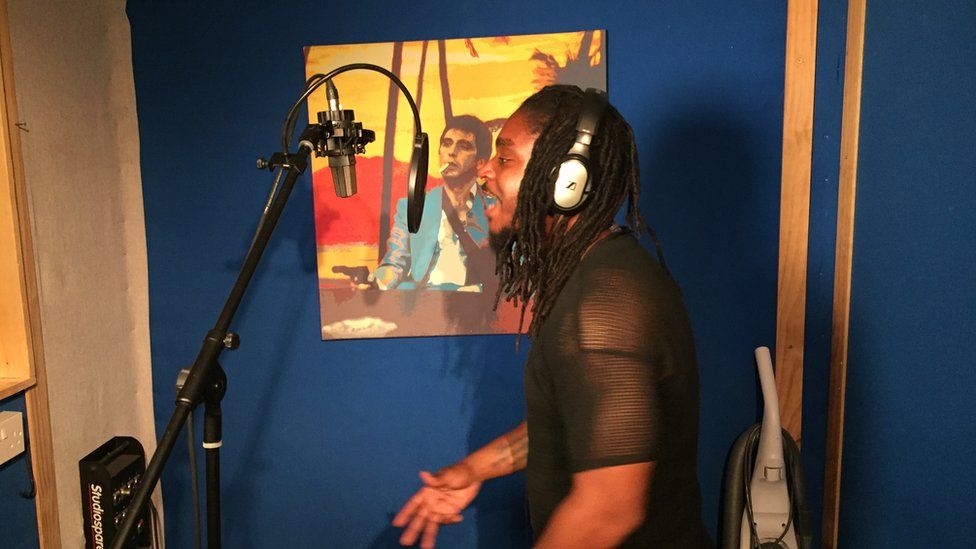 Over the course of the last three months we've spoken to black people living in Britain who say they are marching to show solidarity with America but also to highlight the inequalities they believe exist in the UK.

As a black man growing up in the UK, I've experienced racism and at times a system which feels like it's unfair.

Being stopped and searched is a procedure I am all too familiar with. It's happened to me several times.

There are statistics to suggest my experience isn't rare if you're black and male. 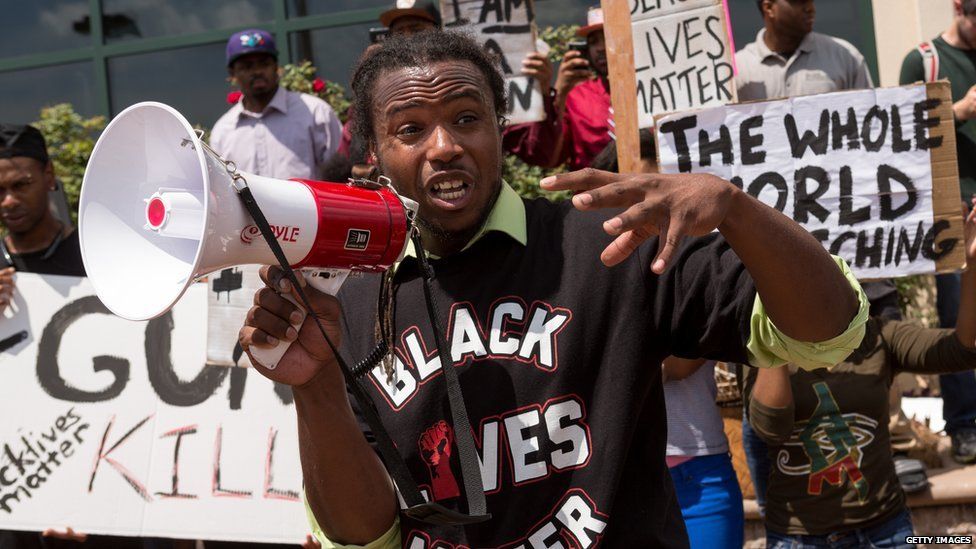 If I'm honest, my attitude has always been to shrug and say to myself "that's just the way things are".

I've had people clutch their bags as I walk past them on the street. I've seen commuters fill up seats around me and leave the one next to me free. 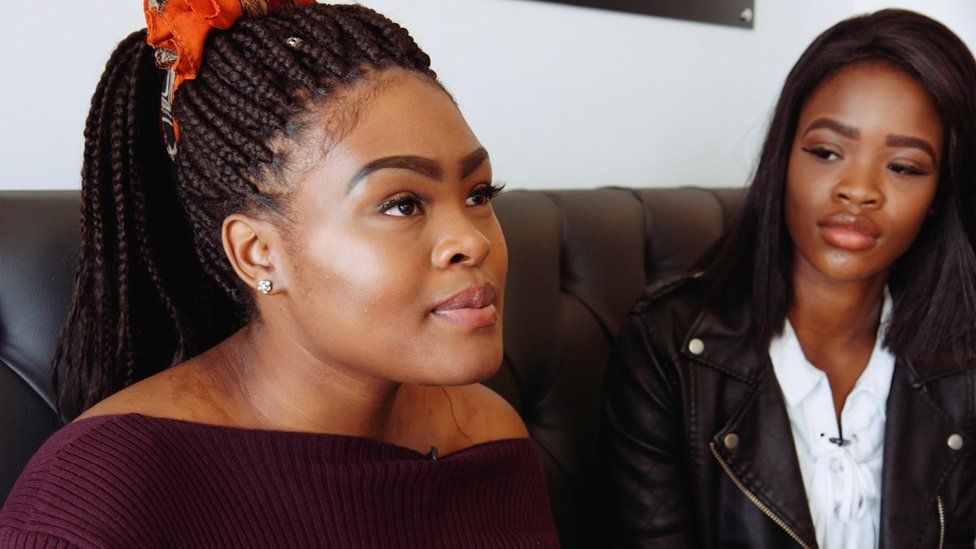 Even at work, after arranging a meeting with someone via email or the phone, I've experienced that person stare through me at reception, only to go back to their desks call me and ask, "Nesta, are you sure you're in the right place?"

I then explain that I am in reception - and that's usually when the uncomfortable silence happens. 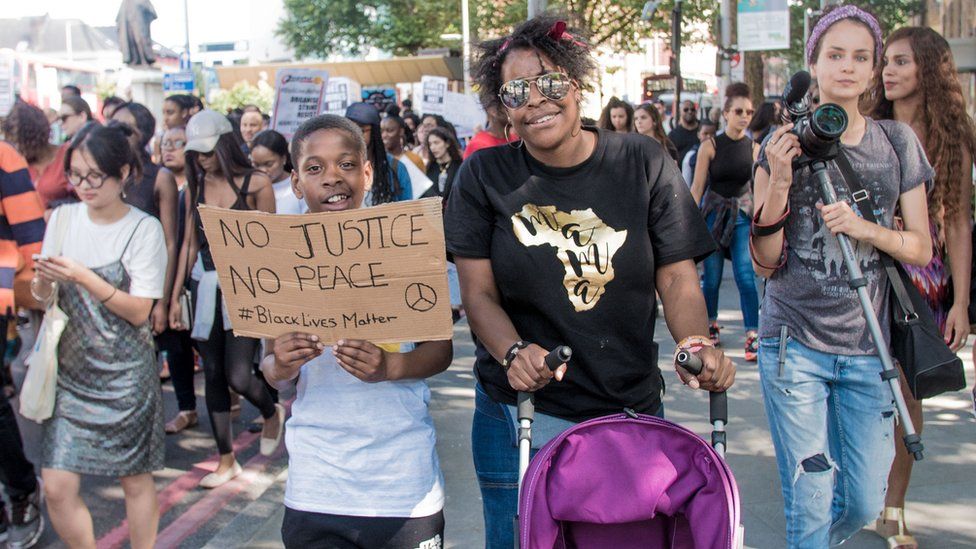 I don't know for sure, but I think this means they saw a black guy and thought "he can't be the BBC journalist I'm waiting for".

After visiting several cities in the UK I've spoken to countless black people who say that racism in Britain is, sadly, as present as ever.

It's just taken a new form. Forty years ago someone would openly shout a racist remark on the streets. 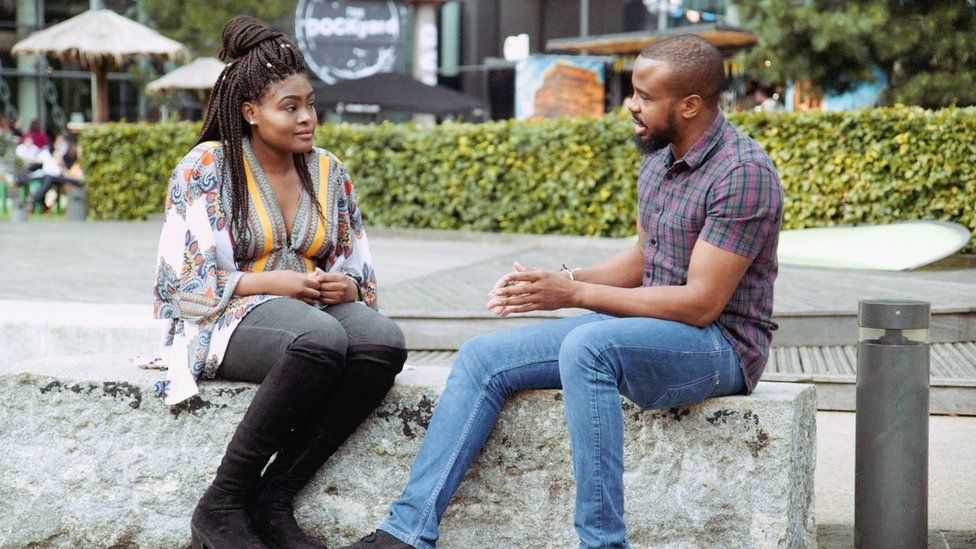 Today it's the fact that research shows black graduates earn, on average, 23.1% less than white ones.

Or it's finding out that a black pupil at secondary school is three times more likely to be excluded from school. 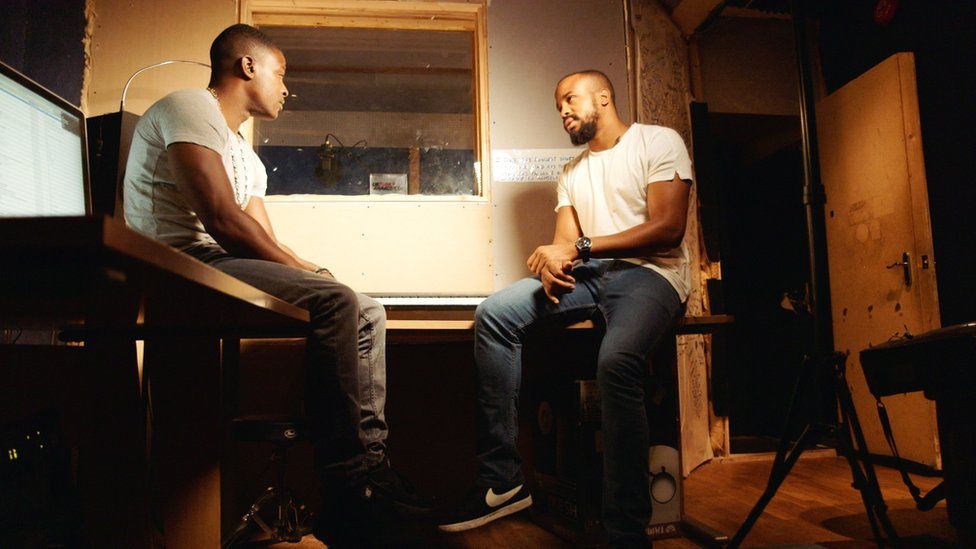 Or that a black person committing the same crime as a white person is more likely to serve a longer jail term.

I came across countless stories from other black people about the "feeling" of being black in Britain; from women who struggle to find make-up to match their skin tone on their local high street to a businessman who sold his sports car because of the number of times he'd been pulled over. 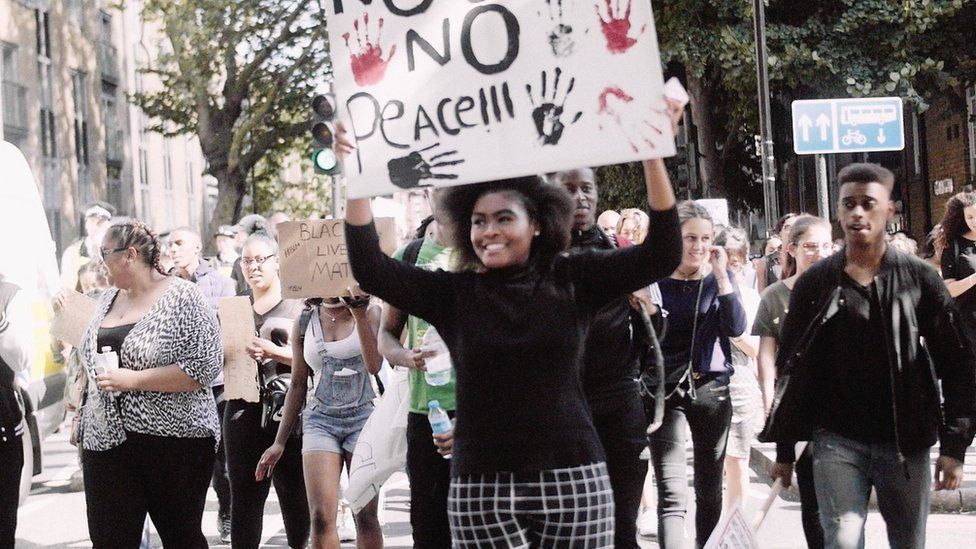 And then there was the university student who was told she'd have to change her natural Afro hairstyle if she wanted the job.

At face value these might seem like "moans" to some people but they are more weights added to a feeling that you're already inferior in society.

A review by the Equality and Human Rights Commission looking into employment, housing, pay, and criminal justice issues towards ethnic minorities called it an "alarming picture". 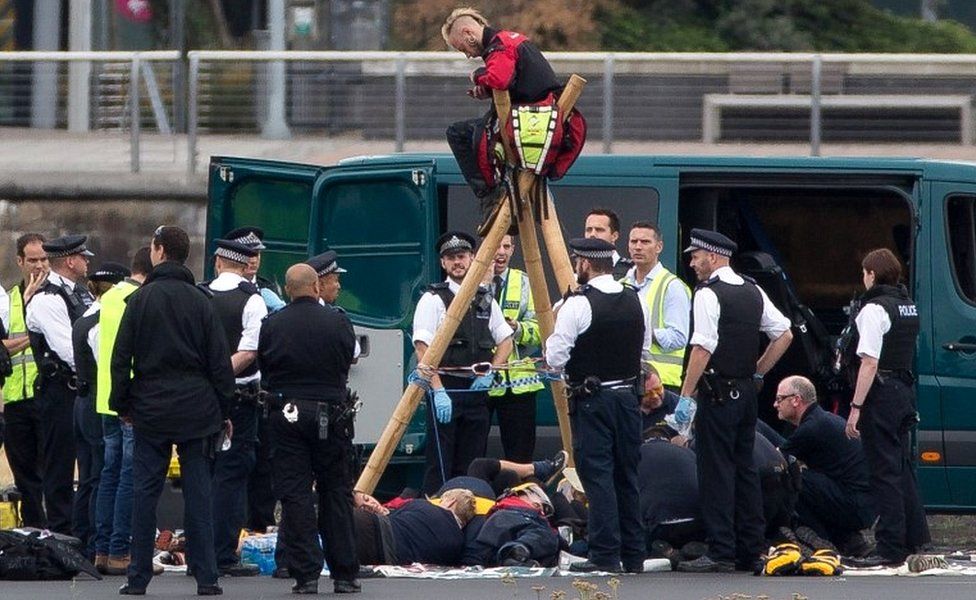 Black people in England are three times more likely to be a murder victim than those who are white.

Ethnic minorities are still "hugely under-represented" in positions of power - such as the law and police force. 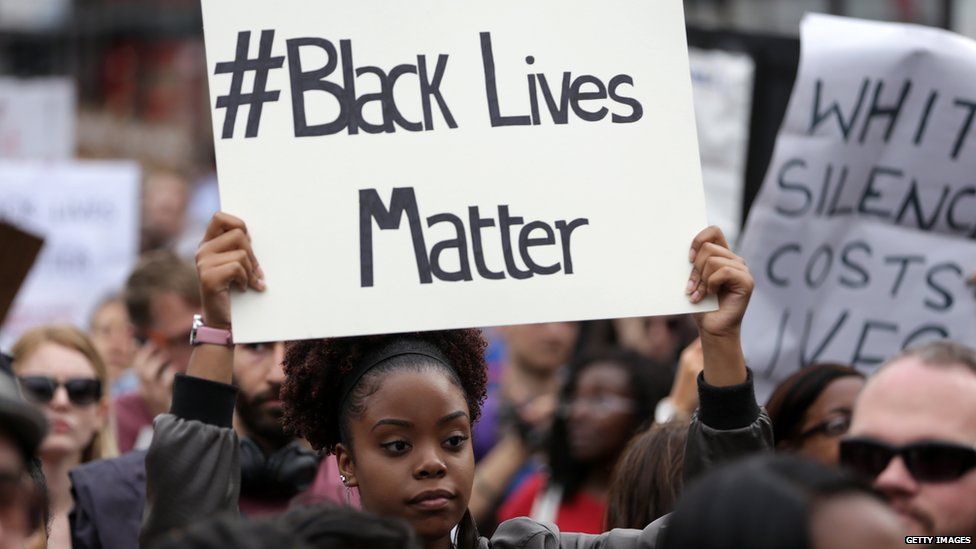 With most of the people I spoke to, I found it difficult to ask the question "how do you know it's because you're black that that happened?"

It's difficult because I've been there and had those experiences.

Some of the time racism won't be the reason for that empty seat next to you but it will be enough times to make you think that's always the cause.

It's all depressingly familiar, but still hard to pinpoint. 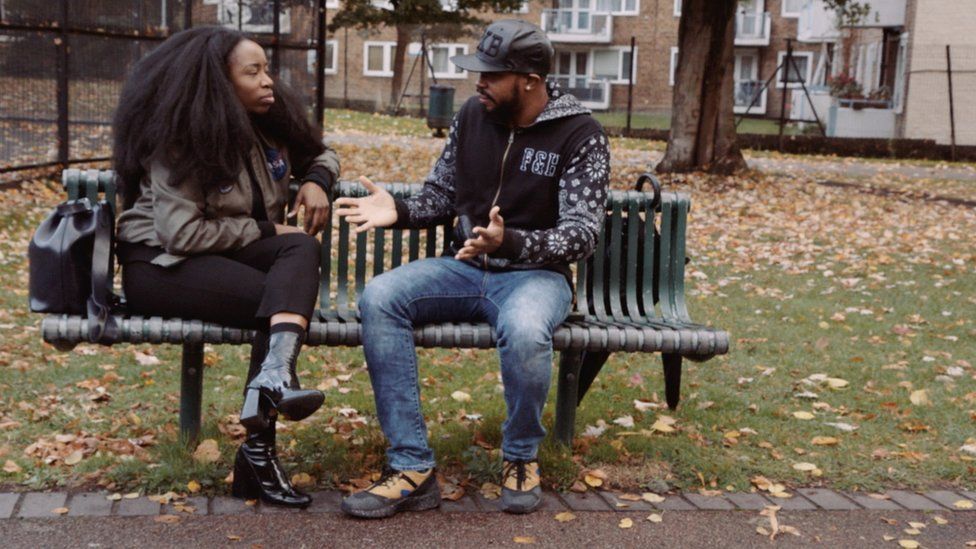 And that familiarity is what's led to a change in my attitude towards the way I feel about myself and being black and British.

The "system" is unlikely to change in my lifetime. Official statistics suggest the odds are against me.

There's already anti-discrimination legislation to say we have a right to be equal.

So is there something else we can do ourselves to change that negative feeling inside? 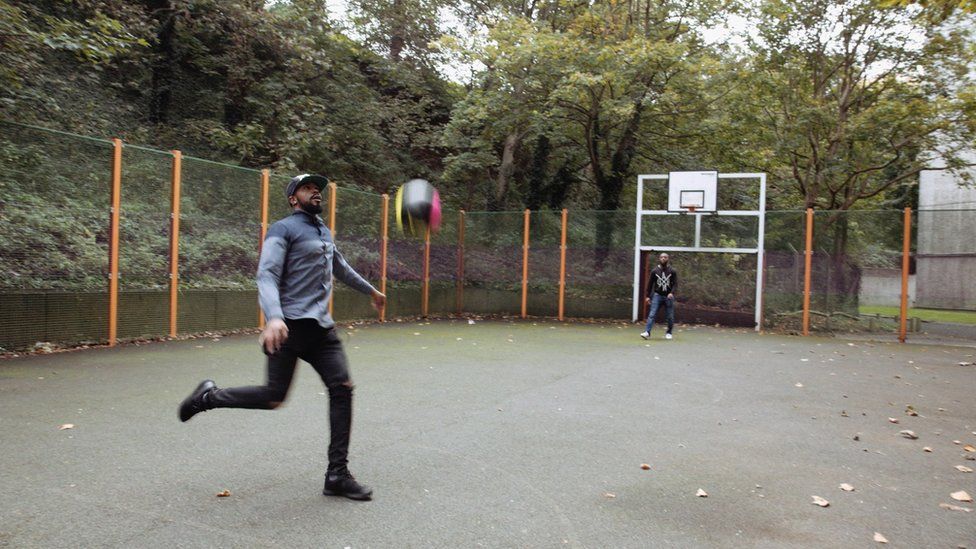 I'm not saying don't continue to march or protest against inequality. But I now feel empowered having shaken off the "victim" mentality.

When I was 15, I was told I was too small to be a footballer, so I decided to give up on that dream.

I still play football and I'm now one of the tallest players on the field.

I know that's got nothing to do with race. 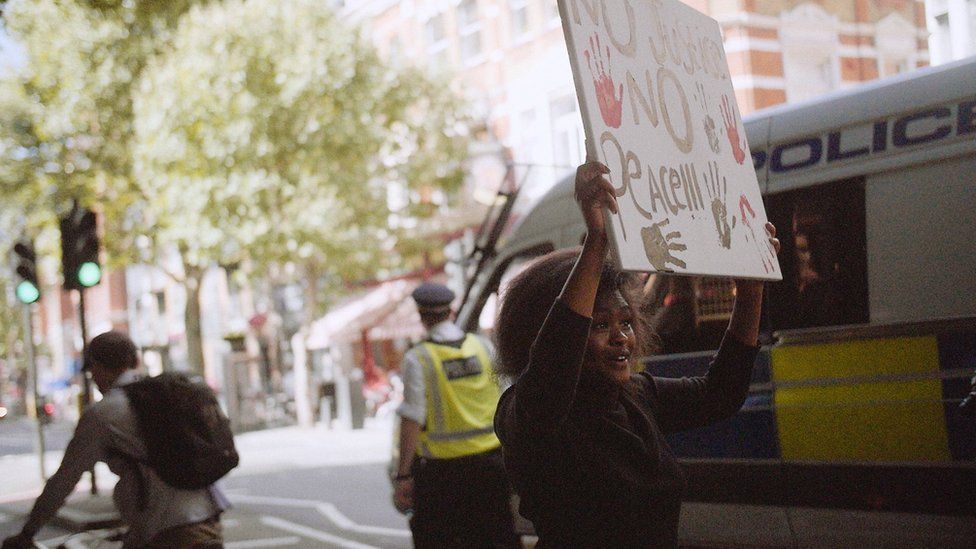 My point is never again will I let a system, racist, unfair or otherwise, dictate my goals or destiny.

The more I'm told I can't, the greater the reward once I prove I can.