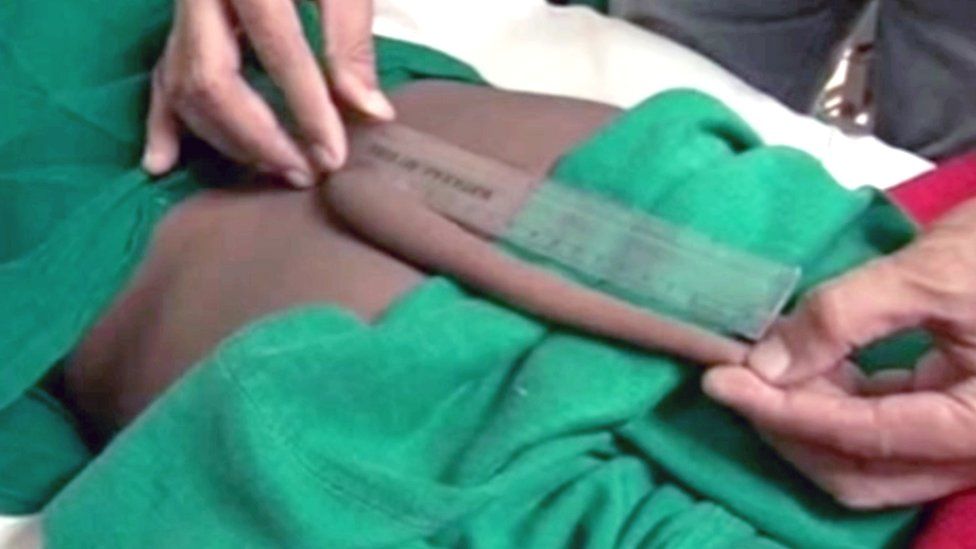 A teenager with a 20cm "tail" growing at the bottom of his spine has undergone surgery to have it removed.

It started to appear on the 18-year-old's back just after his 14th birthday.

He and his family, from Nagpur in India, had kept it a secret because they were worried he would be bullied.

They finally went to see a doctor after it grew too long to hide - and had begun to develop a bone inside.

It's thought to be the longest ever recorded on a human - although cases are very rare.

"It became a problem when the tail grew outside the body," said his mum, who doesn't want to be named.

"He would just lift the tail every time he needed to change his clothes.

"I could see that it was very annoying and painful for him, so I took him to a hospital." 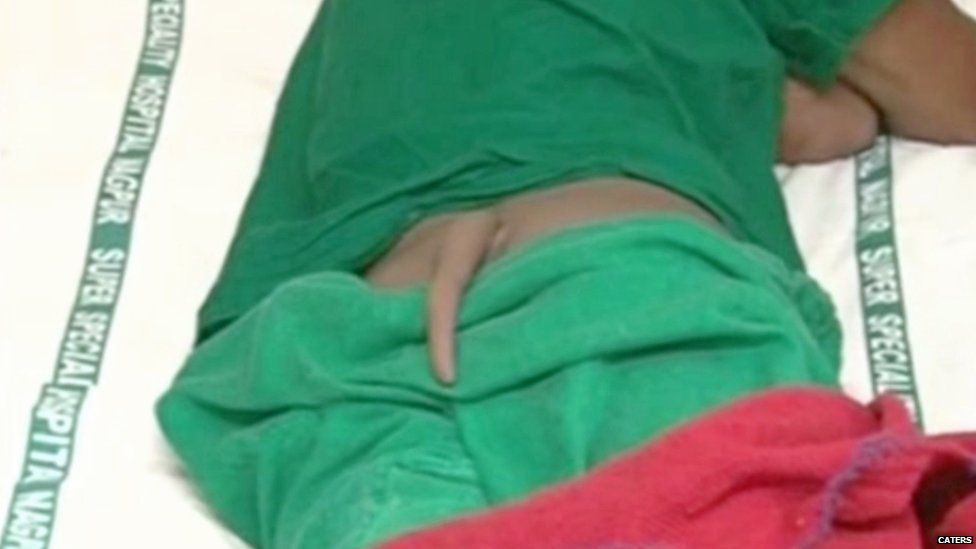 Doctors say the teenager might have developed the tail in the womb as a result of a spinal deformity, but that it appeared outside only after he grew up.

"When the size of the tail grew... [it] began to press on the boy's back," said surgeon, Dr Pramod Giri.

"It was cosmetically and psychologically disturbing for him."

Although surgically removing a tail isn't a very complicated procedure, it must be carried out by a neurosurgeon as the growth of tail involves a part of the spinal cord.

It normally develops when the end of the spine is flattened in some way.

The teenager will be kept in hospital for a few days and then allowed back home - without his tail.

You What? India Health