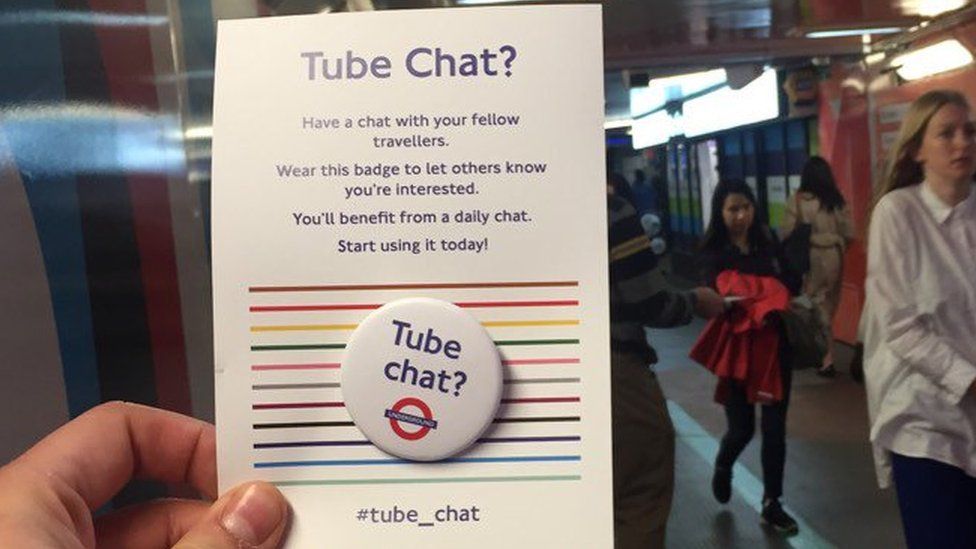 The man behind the badges encouraging people to chat on the Tube says he thought it would be "way more fun" than it was.

Jonathan Dunne, who is originally from the US, says it was "difficult" to even get commuters to take one of the free pins.

"I think I could have been handing out £5 notes and the same amount of people would have taken them," he tells Newsbeat.

"Twenty percent think it's nice and about 80% of people think it's terrible, worst idea ever." 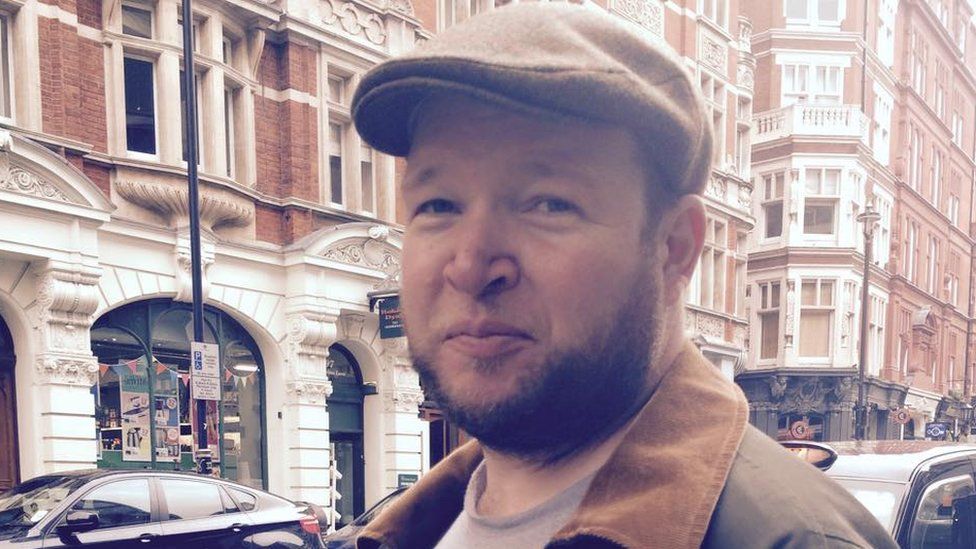 Image caption Jonathan Dunne is the man behind the Tube Chat

The Tube Chat pin is supposed to show other commuters that the wearer is happy to have a conversation.

The card handed out to people with the badge tells people they will "benefit from a daily chat".

Jonathan says he first came up with the idea a couple of months ago, when an event at work did not go as he had planned.

"I'm on the social committee and we tried to do a staff Olympics - you got time off of work - and no-one was interested," he explains.

"No-one showed up. The people that did show up didn't participate and I just thought it would be nice to get past the barriers.

"People are very uncomfortable - and I don't know if it's just a London thing - with very basic social interactions.

"I'll see colleagues that I've worked with for years on the street and you ignore each other."

If the comments on social media are anything to go by, a lot of people are not keen to start talking with their fellow commuters.

"Obviously I'm not encouraging people to just go out and start bothering people on the street or the Tube," says Jonathan.

"It's one of those things you choose to do. If you're interested, you wear a badge." 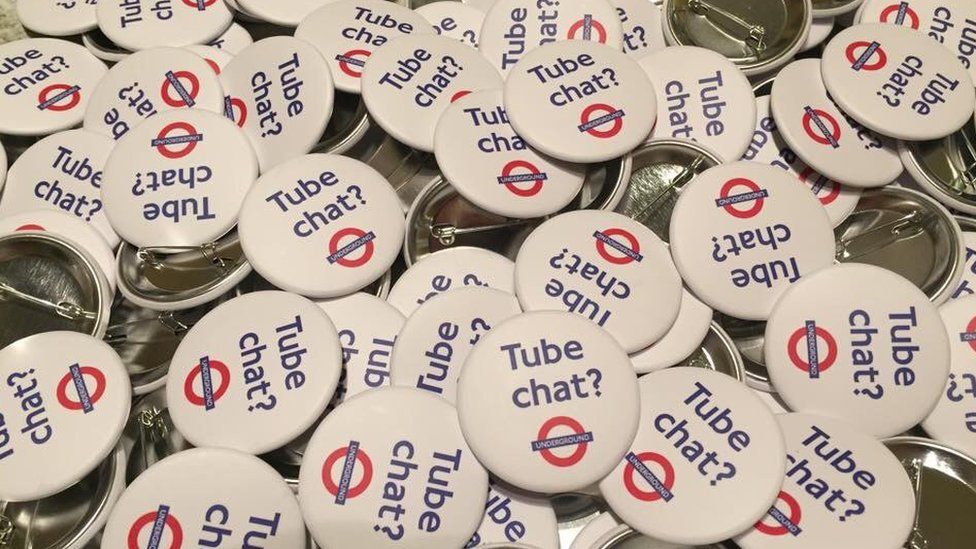 He's been facing some reluctance closer to home as well.

"My wife is a big introvert and the idea of having to talk to people, she would hate it," he says.

"She gets on, she has her Kindle and that's what she does."

Despite the negativity towards the badges, Jonathan is planning to continue.

"I've ordered some more," he says.

"My wife sort of frowned on the first batch. She doesn't know about the second batch.

"All I wanted to do was have a little bit of fun," he says.

"I thought it would be a bit more fun. This wasn't a massively thought-out plan."

And there's one final hitch he's come across, since the badges got publicised online.

"I've done a couple of things for work where I've tried to do social media things and I'm not very good at it," Jonathan says.

"And when I did, I noticed that all of the links were for adult sites. Oops."

You What? London Underground