Plane lands on house in Phoenix, Arizona, everyone survives 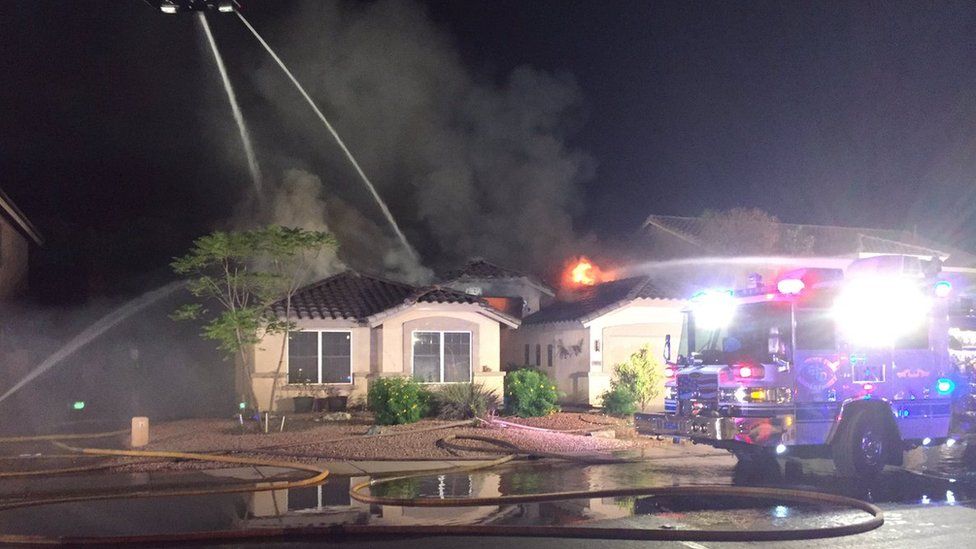 A pilot, four skydivers and the two occupants of the home have all survived after a small plane landed on a house in Phoenix, Arizona.

Fire officials in the US suburb of Gilbert say the people in the plane were all able to get out before the aircraft crashed on to a house.

There were two people inside the home; neither of them were injured.

The pilot was taken to hospital to be treated for burns, say police. None of the skydivers was hurt.

It's thought the plane was carrying skydivers for the Constitution Fair, a yearly event that celebrates the United States Constitution, on which the American system of government is based.

You What? Phoenix United States