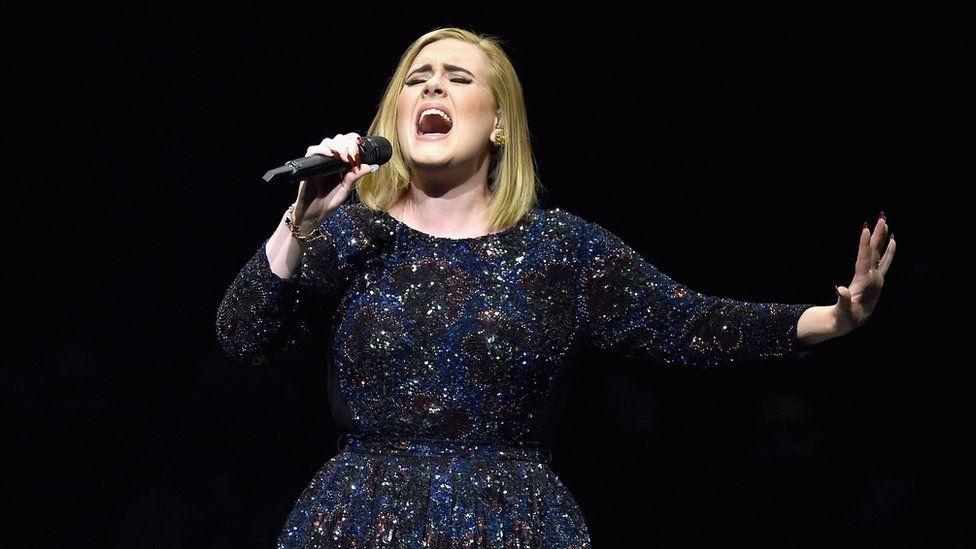 Adele says she's turned down an offer to perform at the 2017 Super Bowl half-time show in America.

The singer told an audience at her LA gig that she was asked to perform.

"First of all, I'm not doing the Super Bowl," Adele said from the stage. I mean, that show is not about music. I can't dance or anything like that. They were very kind, they did ask me, but I did say no."

But the NFL and sponsor Pepsi deny making Adele an offer to perform.

They issued a joint statement saying they were "big fans of Adele" but that no artist had been "extended a formal offer". 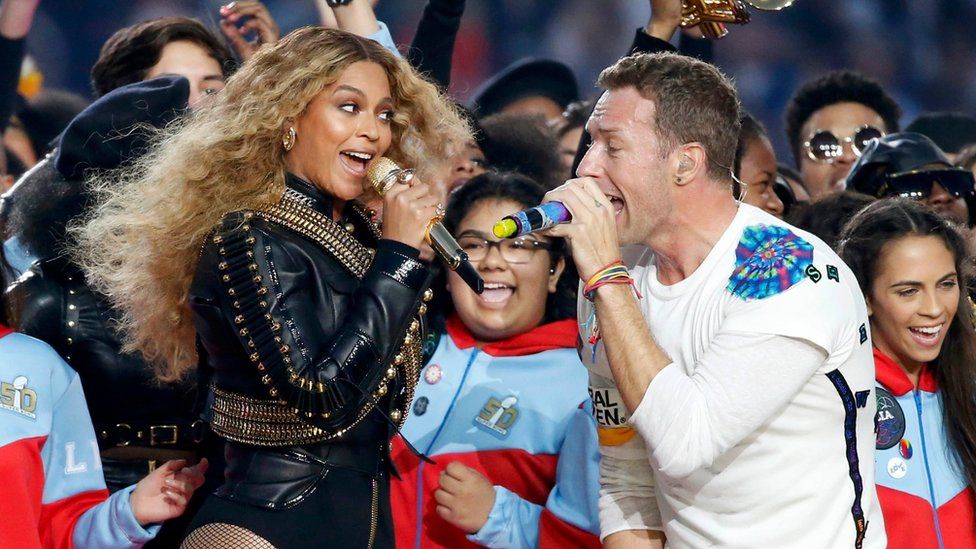 How Beyonce stole the show at Super Bowl 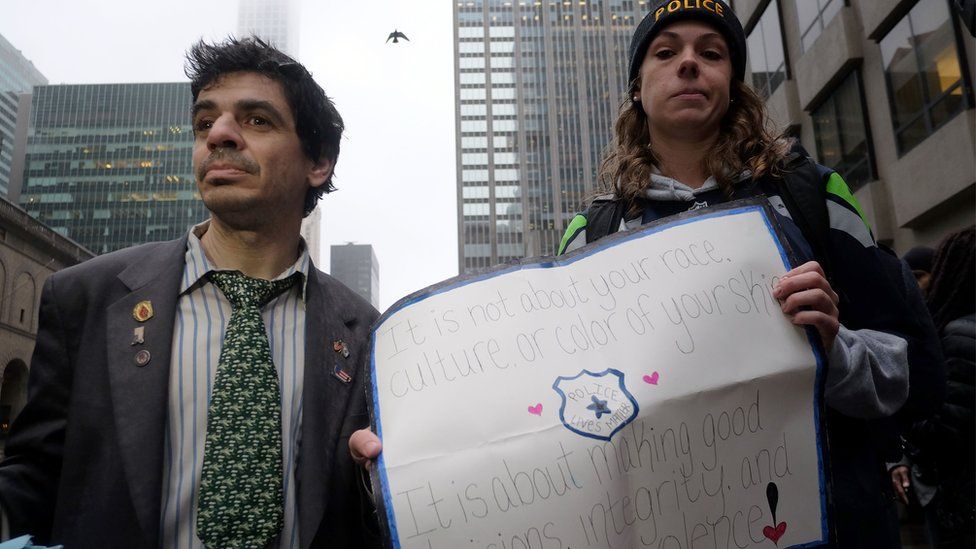 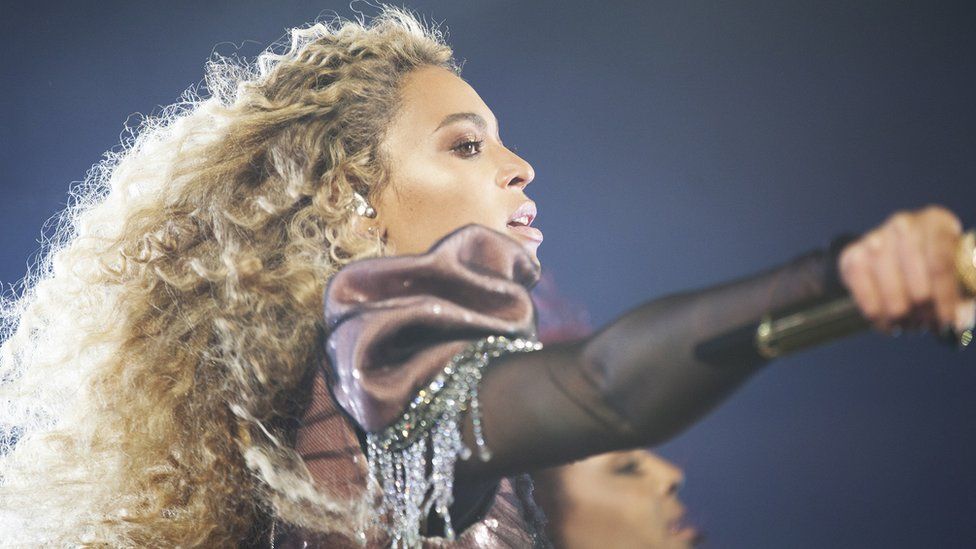 "We have had conversations with several artists about the Pepsi Super Bowl half-time show," they said.

"However, we have not at this point extended a formal offer to Adele or anyone else.

"We are focused on putting together a fantastic show for Houston and we look forward to revealing that in good time." 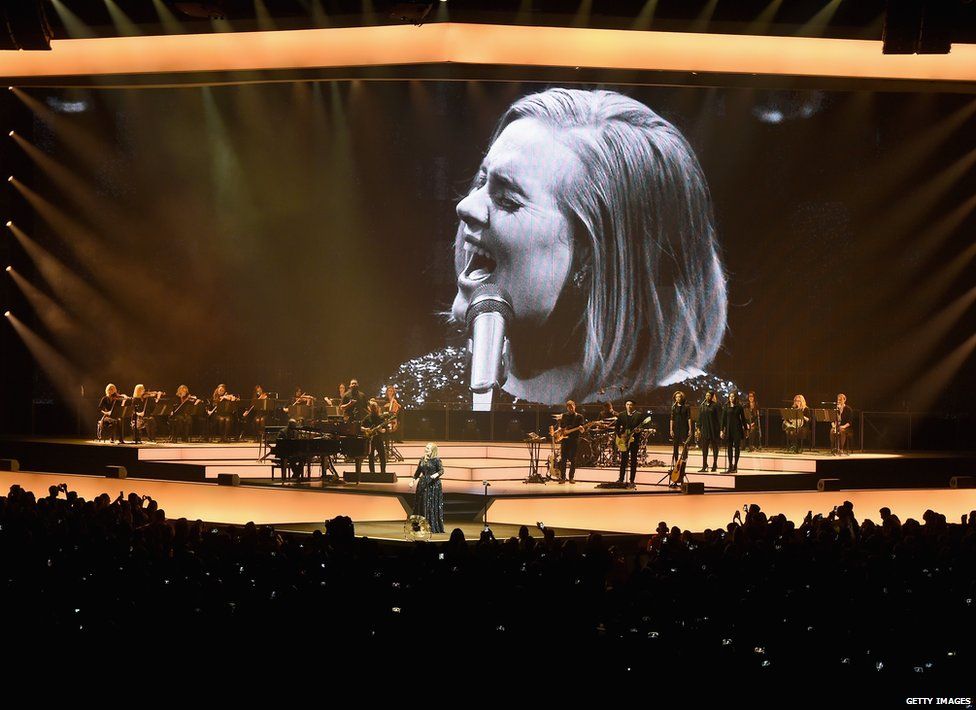 Adele also denied rumours that she was pregnant and that she was going to announce the news at the Super Bowl half-time show.

"It's gruelling," she told the crowd. "I couldn't be pregnant and travel this much."

She joked that she was just having a "cheese baby".

Performers at previous half-time shows have included Madonna, the Rolling Stones and Prince. 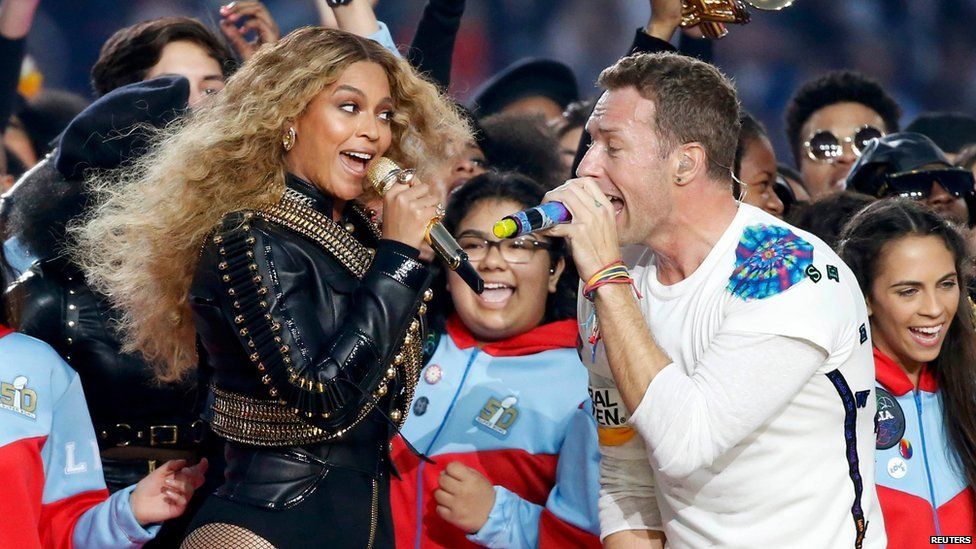 The group was a militant organisation which fought for the rights of black people in America between the 1960s and 1980s.

Some people in America said the show was a "slap in the face" to US police and law enforcement. 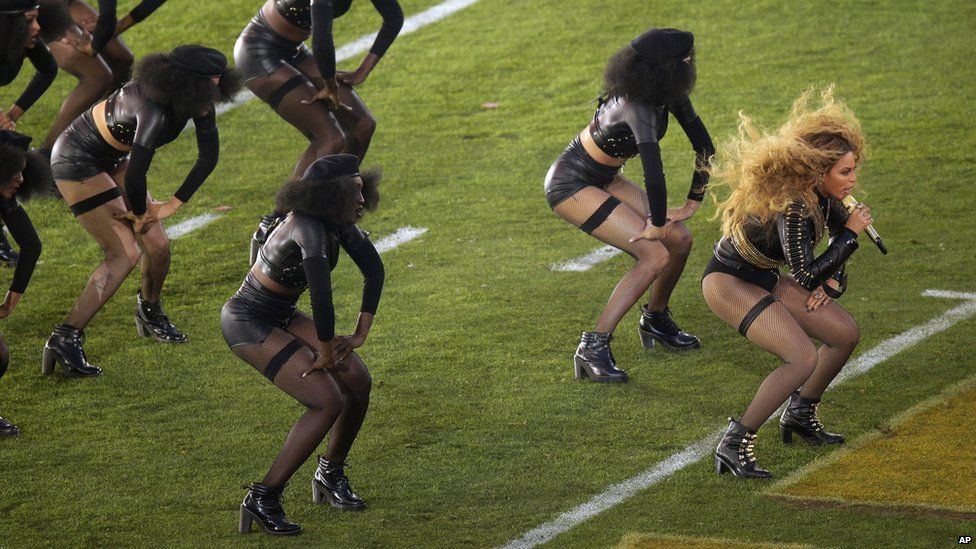 According to Nielsen, which measures audiences - this year's game at Levi's Stadium in Santa Clara, California was the third most-watched programme in US television history.

The company estimates an average audience of 111.9 million were watching through the game, peaking at 115.5 million for the half-time show.