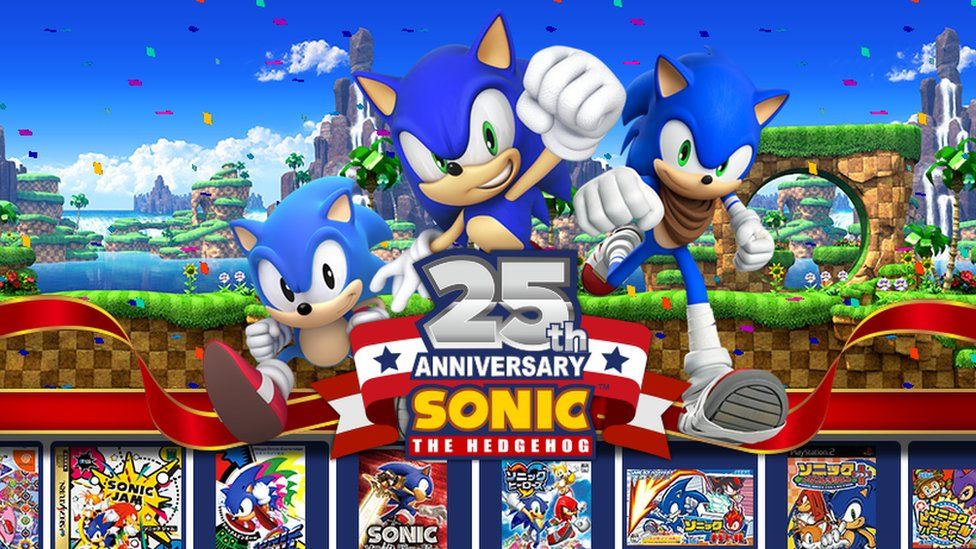 It's 25 years since Sonic the Hedgehog started collecting gold rings.

Now you can find him on TV, in 3D and in comics and he has a whole crew including a two-tailed fox companion named Tails and a love interest called Amy.

Hundreds of fans have come together at Summer of Sonic to celebrate the most famous hedgehog on the planet. 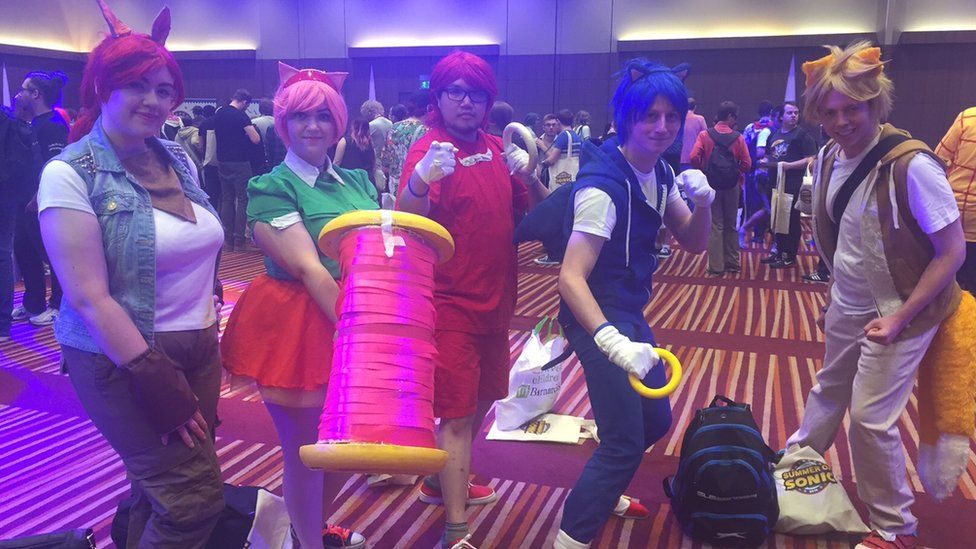 There's a lot of nostalgia here.

"It was the first game I ever played," adds Luke aka Sonic from Liverpool.

Most fans aren't in costume, but there are a hardcore few in Cosplay - where people dress up as their favourite video game characters. For 25-year-old Matt from Wiltshire the more unrecognisable, the better. 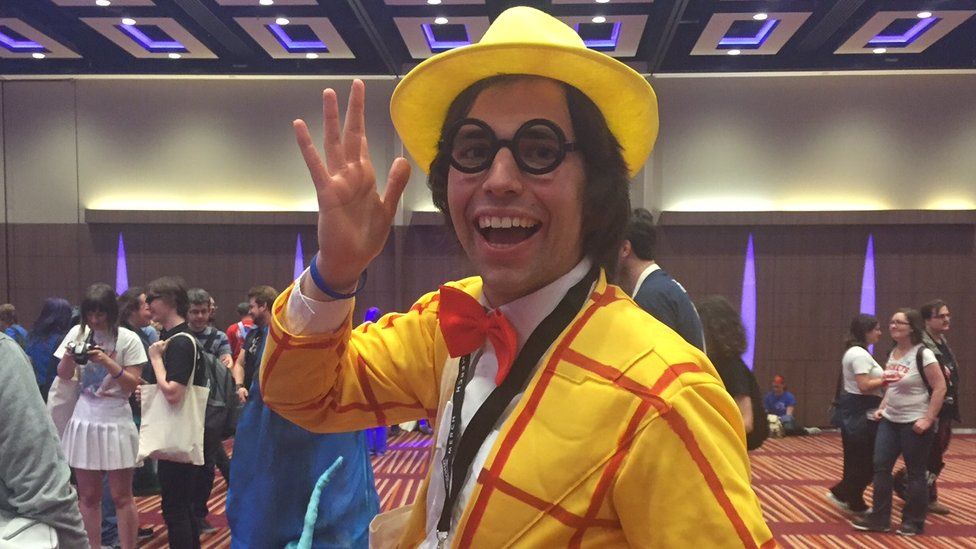 "I like dressing as more obscure characters," he tells Newsbeat. "Not everyone would recognise it but for those that do it would make working on the costume more satisfying.

"I've always enjoyed the games, the platforming, the skill and the speed of it but over time I'm really appreciating the community - I've made loads of friends from these events."

Summer of Sonic, as this event is called, is organised by Svend Joscelyne and Adam Tuff, who did their first one in 2008.

"The original Summer of Sonic started off as just a couple of mates hiring a small hall, a Sega Megadrive in the corner," says Svend. "We were offered a few pods from Sega, and a local musician came to play some Sonic music." 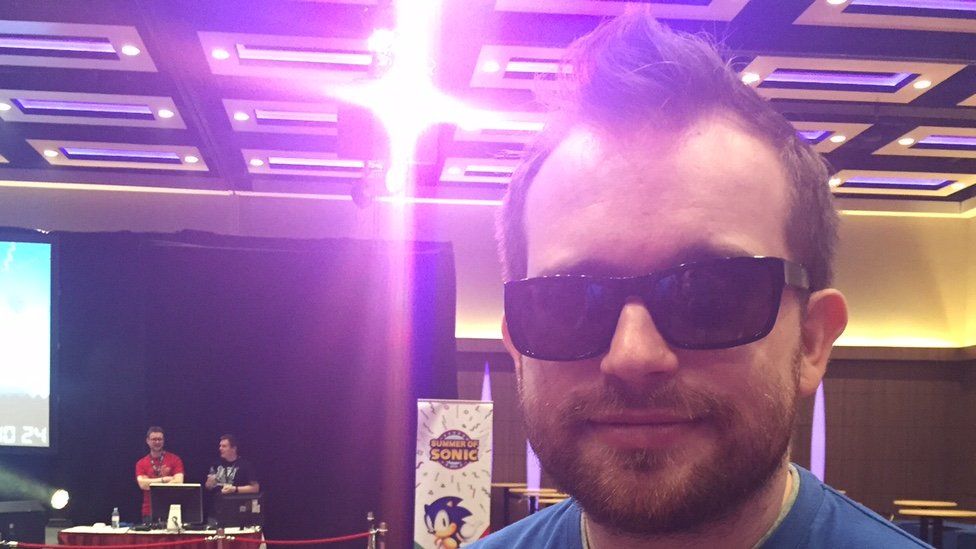 Blaze, who's created a Sticks costume, says: "I got it for Christmas as a surprise present I got a Megadrive and I've been a fan ever since.

"It's just the adventure, the fast paced action and his world view, and how he can be friends with just about anybody." 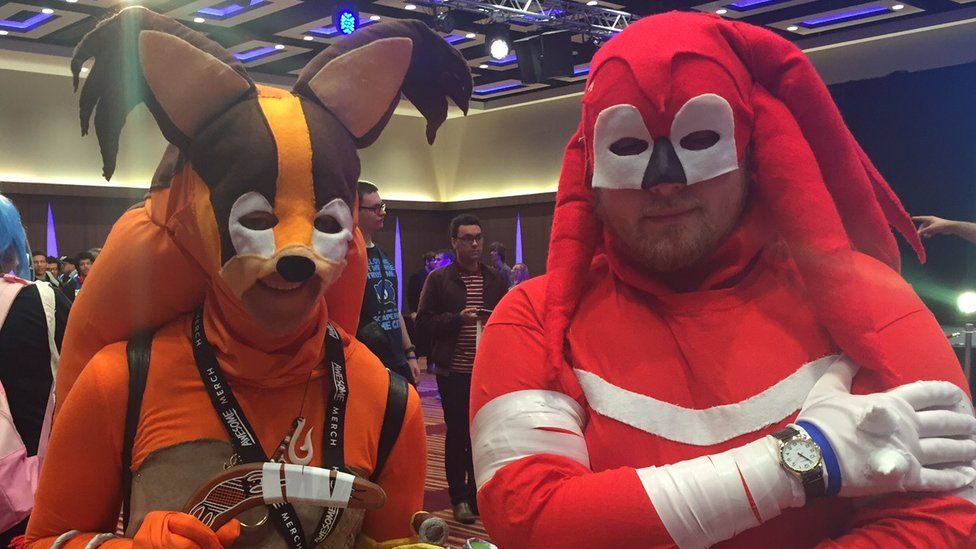 Ask lead programmer of the original Sonic, Yuji Naka, why he's lasted a quarter of a century and he'll tell you it's all to do with his personality: "I think Sonic's character we set - he's not humble in any way - that was probably a really good starting point and the reason why people have loved him for so many years."

Svend adds that it's the personality that drew him towards the blue spiky one: "Sonic was this really cool character for '90s kids.

"Sonic the Hedgehog was this multimedia character that spanned games, cartoons, comics and he was for a generation of kids the voice of confidence." 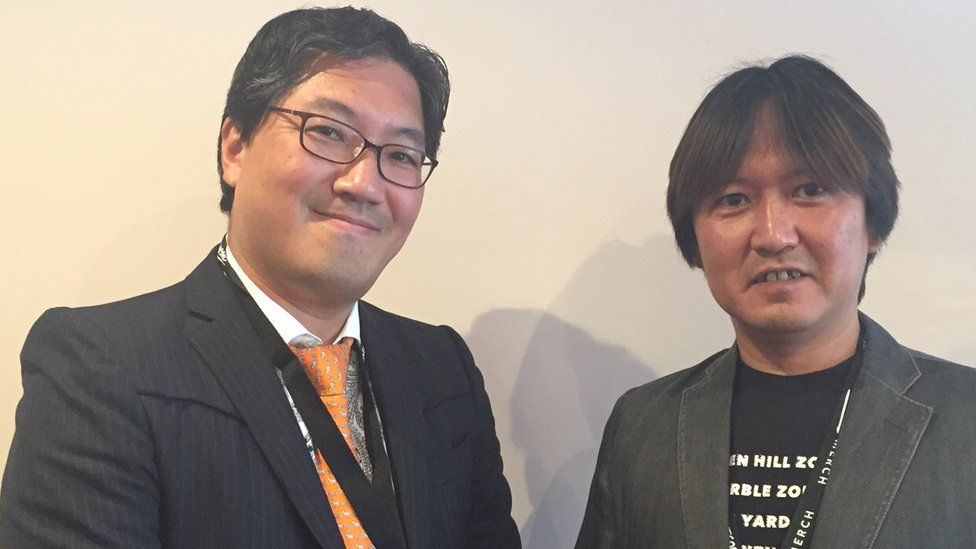 But with a real pull towards serious games such as GTA and Halo is there still a place for Sonic in gaming?

Current head of the sonic team Takeshi Iizuka likens gaming to movies: "In film there are realistic films, war films but also Pixar and Disney that's a really dreamy and fantastical world that they draw up - they are completely independent genres and they can co-exist and there's a fan base for both types of film."

Svend thinks it's "more important than ever" to have Sonic around alongside those "hyper-serious and ultra-realistic" games.

What next for Sonic?

For the first time in Europe fans have today had the chance to play Sonic Mania.

"It's made by a core fan for core fans," Takeshi Iizuka tells us. "It's basically a 2D game like the original re-imagined with today's technology."

Next month sees the release of Sonic Boom Fire and Ice then at the end of next year another new game will be revealed.

Takeshi Iizuka wouldn't tell us anything about it but asked people to watch this and "imagine" what it would be about.