Six decades of Britain's refugees: The stories of people who've fled to the UK - BBC Newsbeat

Six decades of Britain's refugees: The stories of people who've fled to the UK 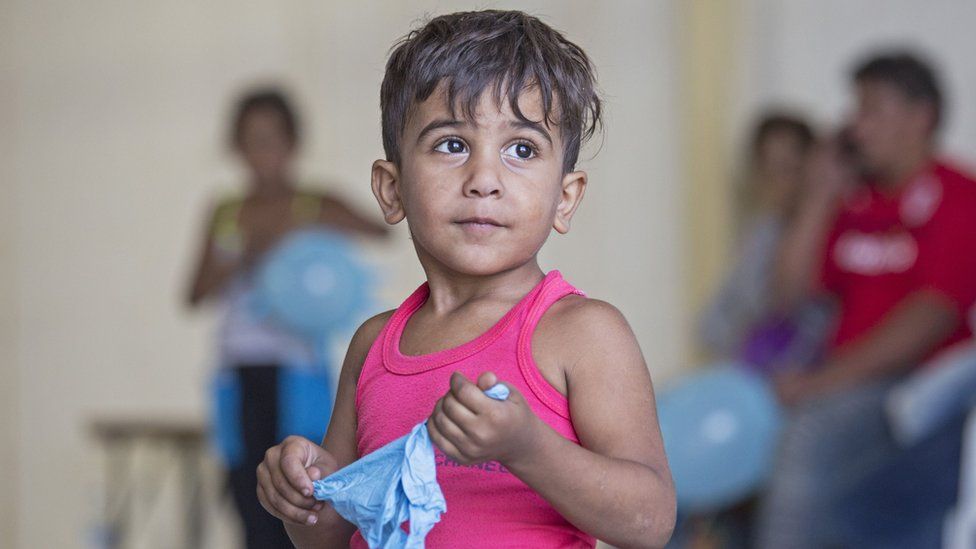 One hundred and forty-four states outlined the rights of people forced from their homes as well as what countries must do to protect them.

A refugee is defined a person who "owing to a well-founded fear of being persecuted for reasons of race, religion, nationality, membership of a particular social group, or political opinion, is outside the country of his nationality, and is unable to or, owing to such fear, is unwilling to avail himself of the protection of that country".

These are some of those that Britain has offered protection to since.

Gabriela Gatica Leyton was smuggled out of Chile

In 1973, General Augusto Pinochet imposed a military dictatorship in Chile. 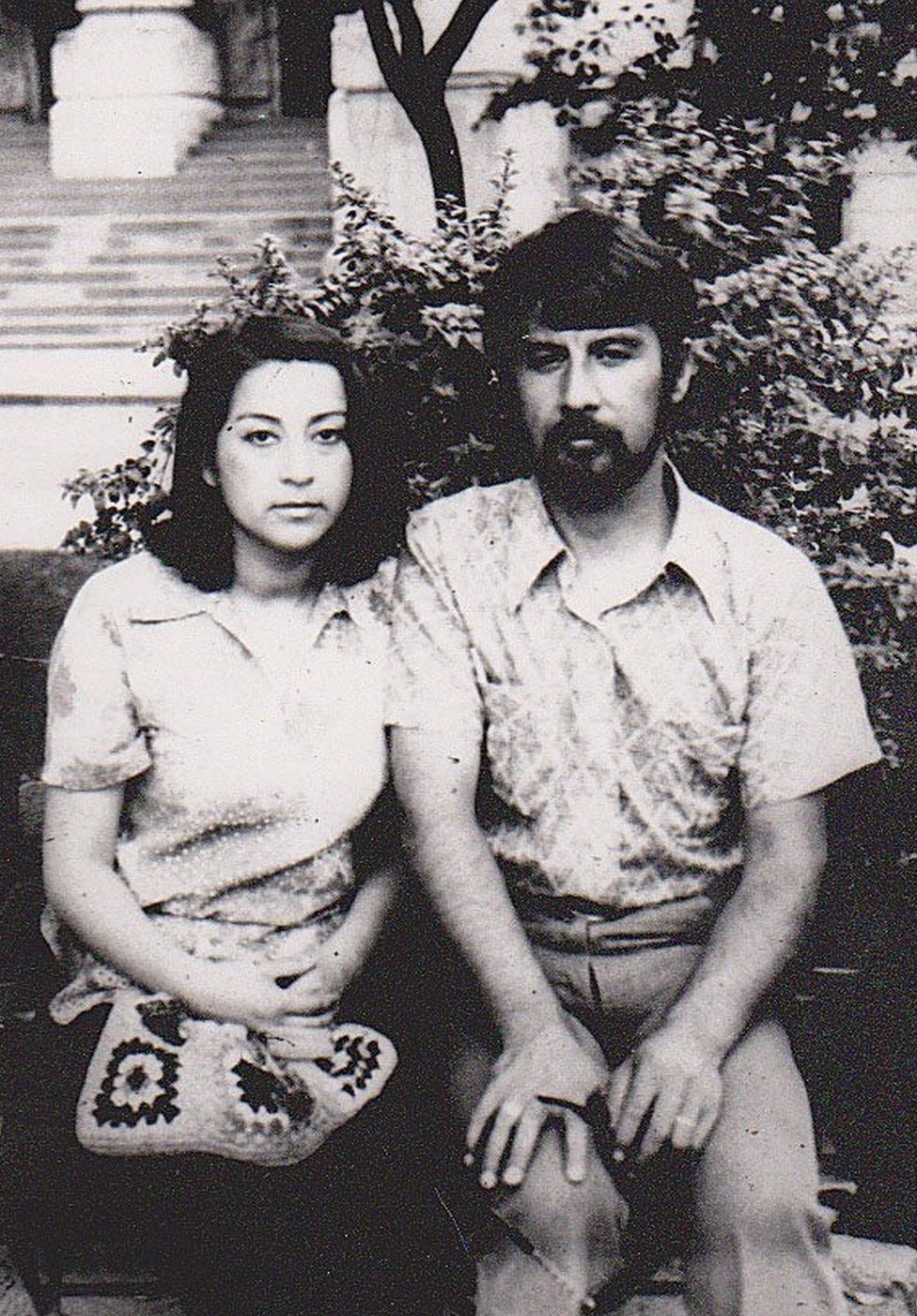 Gabriela was 23 and had only been married to Humberto for a few days when he was seized by government officials for "gathering in a public place" (more than three people together was seen as an act of treason).

Humberto was put in prison and tortured.

Many of his fellow inmates just disappeared. 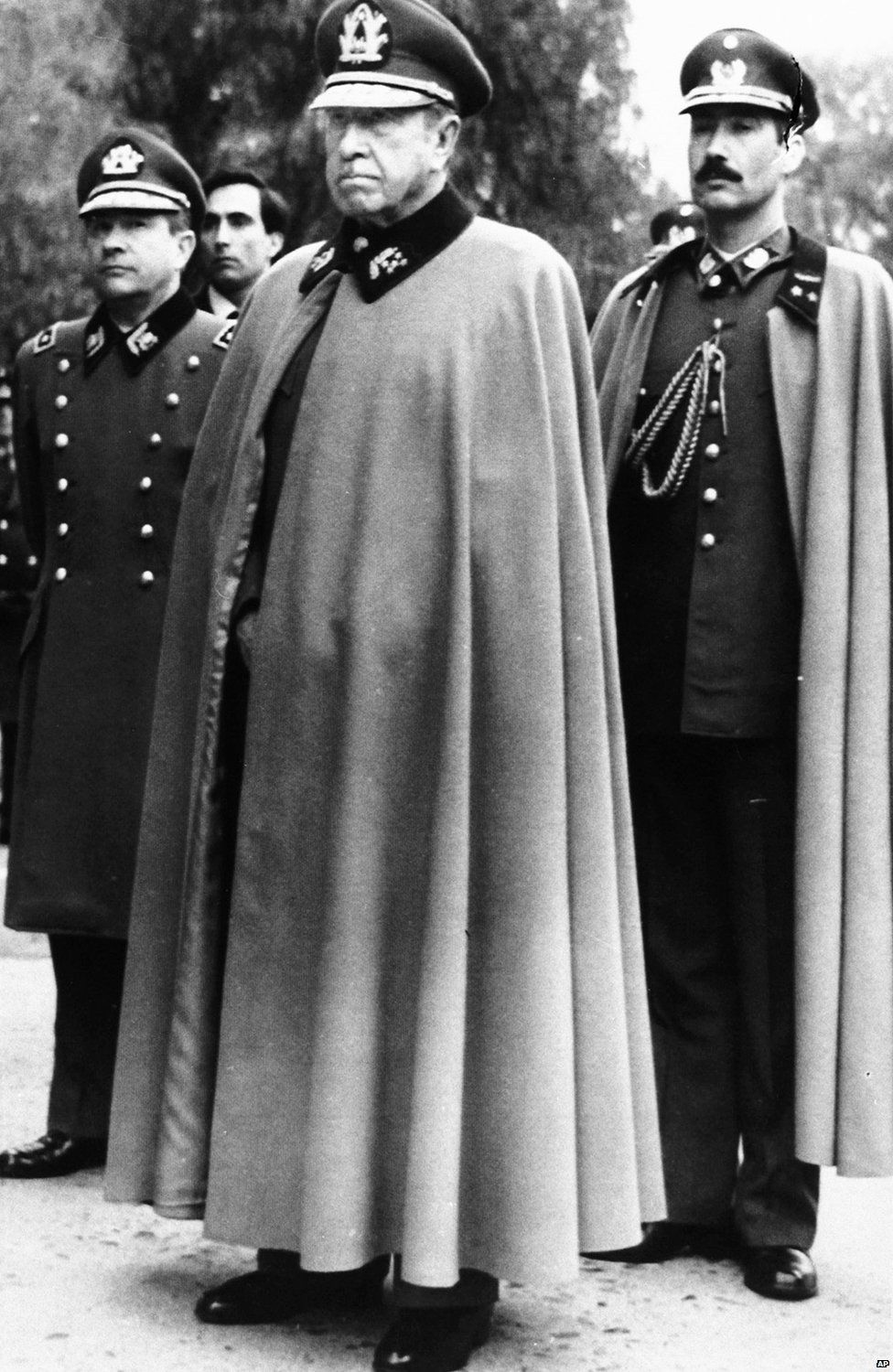 Image caption Augusto Pinochet pictured with his soldiers in 1988

"All the prisoners were kept underground, in a cellar," says Gabriela. "Over 100 people crammed in a room only big enough for 10."

When Humberto was released, he and Gabriela knew they had to get out.

They left their families behind and were smuggled by plane into Argentina where they spent a year in a refugee camp. 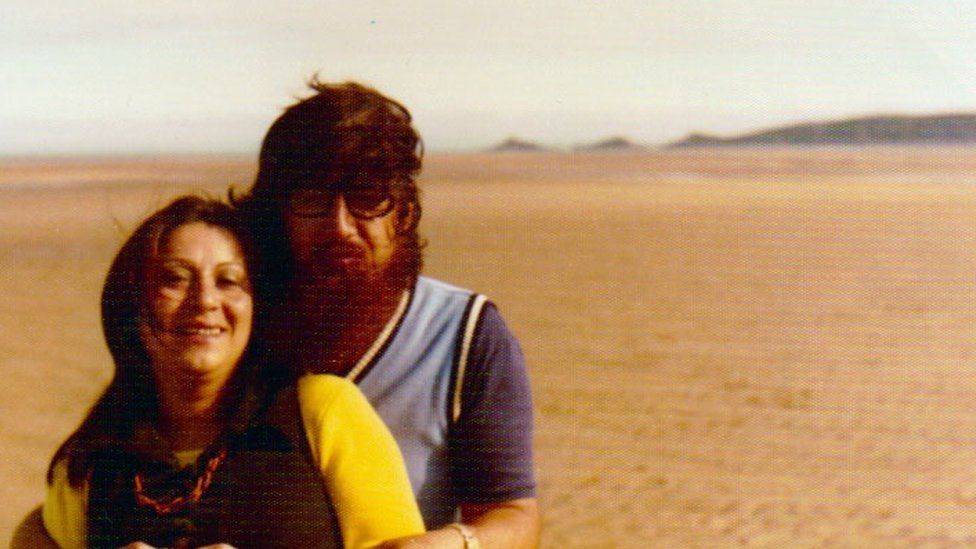 It was freezing, and they weren't allowed to work legally. They got black market jobs, mending door locks or working in bars - and they spent hours just sat in a backstreet bookshop trying to keep warm.

Then their luck changed dramatically - the couple were offered scholarships to study at Swansea University, under a scheme to help refugees from Chile.

In 1976 they moved to Swansea and they're still there.

"We could cook real food for ourselves," remembers Gabriela. "I even started physically shaking when I saw four different sorts of cheese in the supermarket.

"I always call Wales my adopted mum. My adopted mum brought me up, gave me opportunities and nurtured me. One day, my bones will be buried here."

Mohammad Azim was smuggled into the UK in 2014 from Afghanistan

Living at home in Kabul, looked after by his parents, 22-year-old Mohammad was told to get a job. 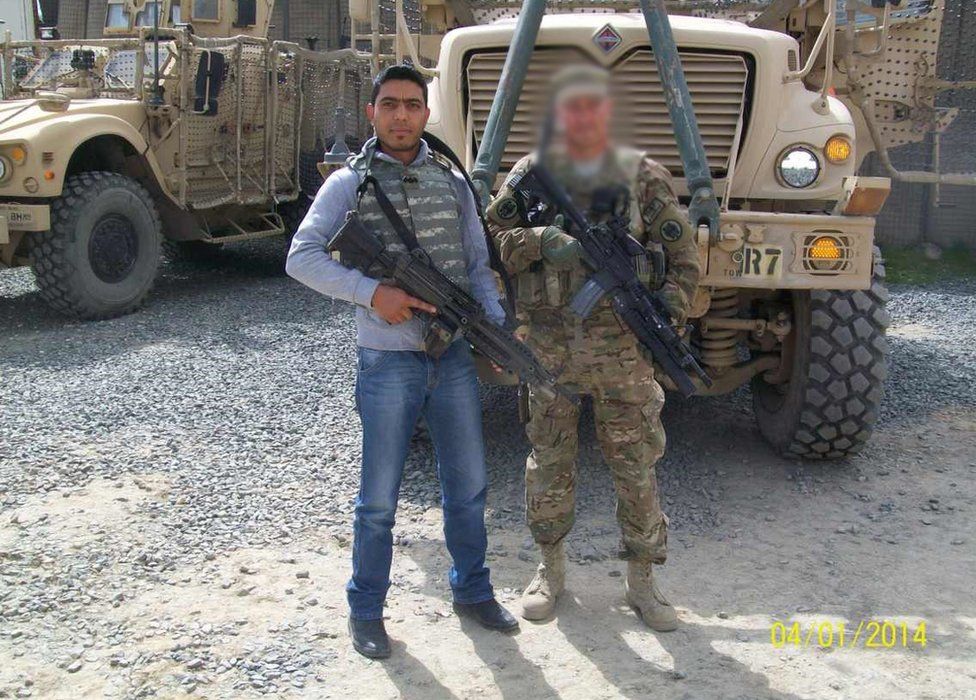 This was in 2007, when a war was raging in Afghanistan between western forces and the Taliban.

Mohammad spoke good English and he soon found work as a translator for the Polish army. It was dangerous.

Mohammad had to travel into conflict zones and keep a cool head while explosions shook the ground beneath his feet. After three years, he was transferred to the US army.

"We were regularly ambushed on missions. Our truck was attacked five or six times. Every time we left the base I thought my life was in danger."

When he was allowed to see his family, he lied to his mum about the job. 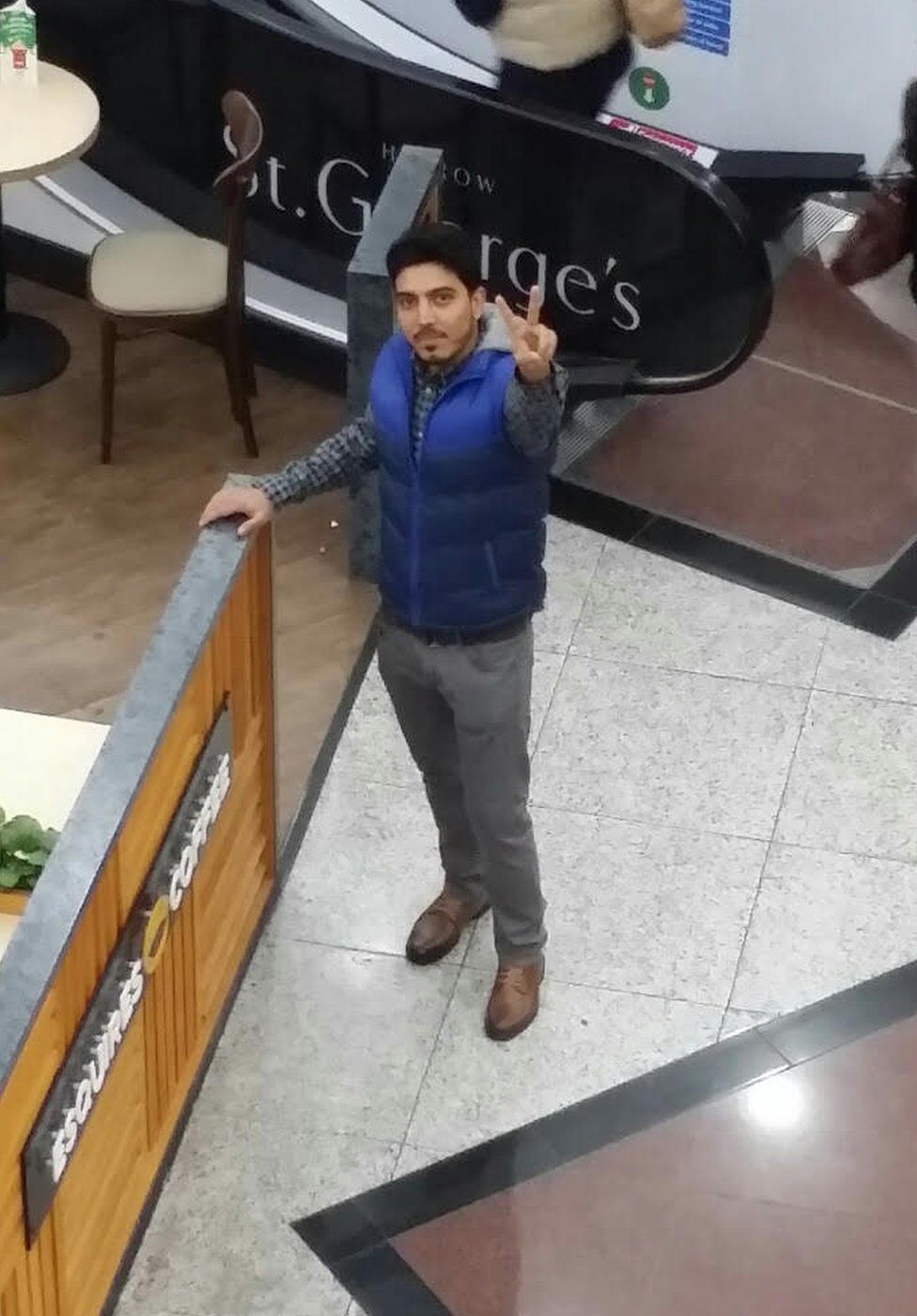 "I couldn't tell them that like our truck had been blown up. They would've gone crazy."

Mohammad wanted to return to the US with American troops when they pulled out of Afghanistan in 2014, but his visa application was turned down.

Without the protection of US soldiers, Mohammad knew the Taliban would come for him. He thought there was no other option than to be smuggled into the UK. 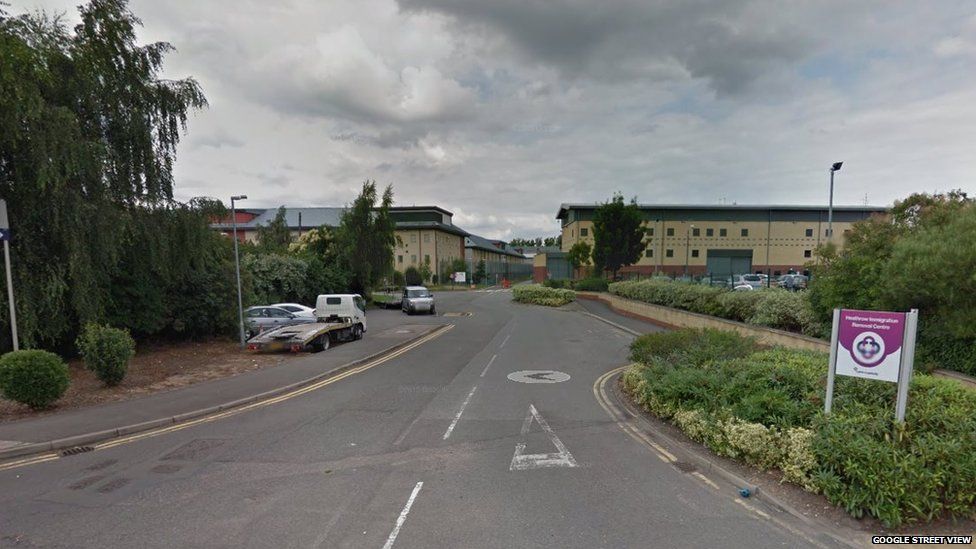 Five and a half months later, he was released from Harmondsworth immigration detention centre, then another six months later granted asylum in the UK.

Mohammad now lives in Croydon and hopes that one day his family will join him. He's looking for a new job, but not on the battlefield.

"I just want to find a normal job and get on with my life. Everyone's friendly, it's safe, and no-one talks rubbish to me. I'm happy."

She left after the Turkish invasion of the island, which split it in two, with nothing but a Porsche.

"When we left our home we left literally everything behind, because there was no sense that we would never be going back.

"We slept outside under trees, in an electricity sub-station." 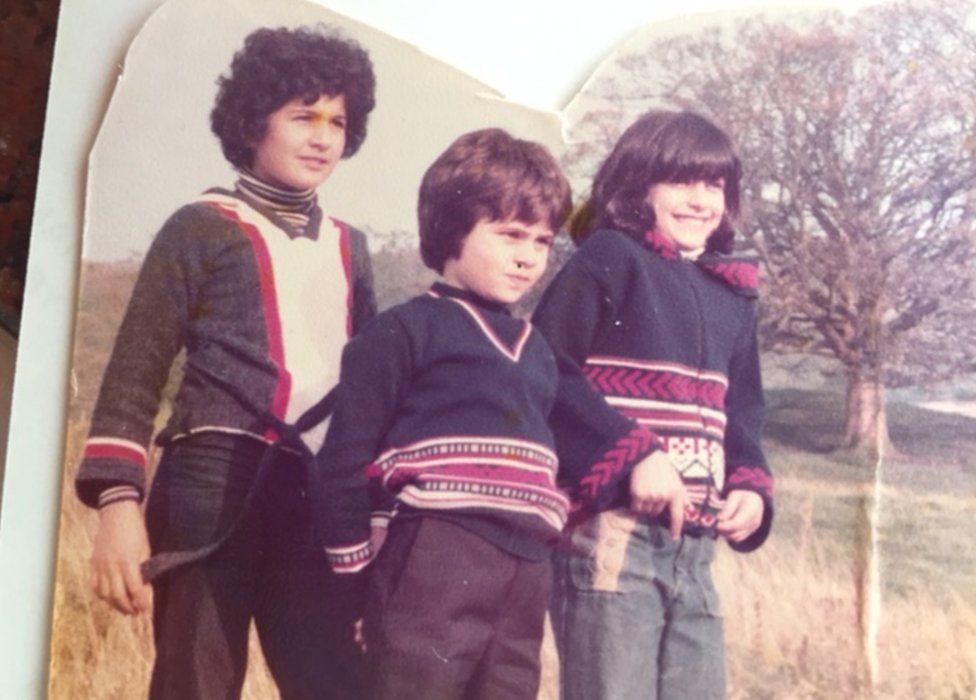 Christina remembers this time vividly - hiding in the basement of a hospital from bombs, and during curfews and blackouts, scenes that sound so like what we see in Syria today.

She remembers her dad going behind enemy lines to bring out her trapped grandma. And she remembers the journey to Britain - actually a bit of an adventure. 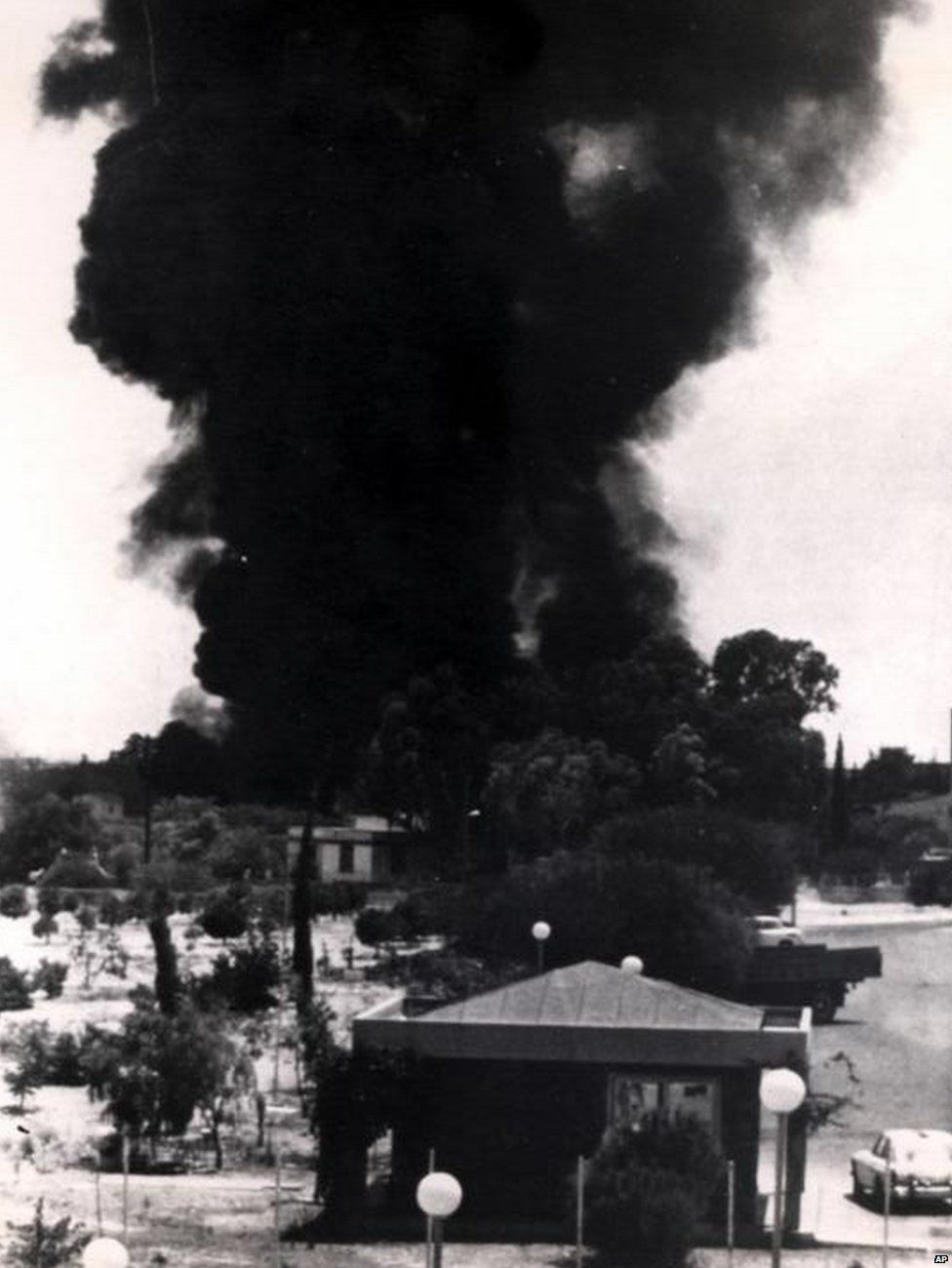 "We drove across Europe in convoy with my uncle and grandparents - eight of us in two cars. We had been very well off before the war and so ironically my uncle drove us in his Porsche, though we had absolutely nothing with us."

The fancy car meant it took them a week in the winter of 1974-1975 - much quicker than many refugees get to the UK today. 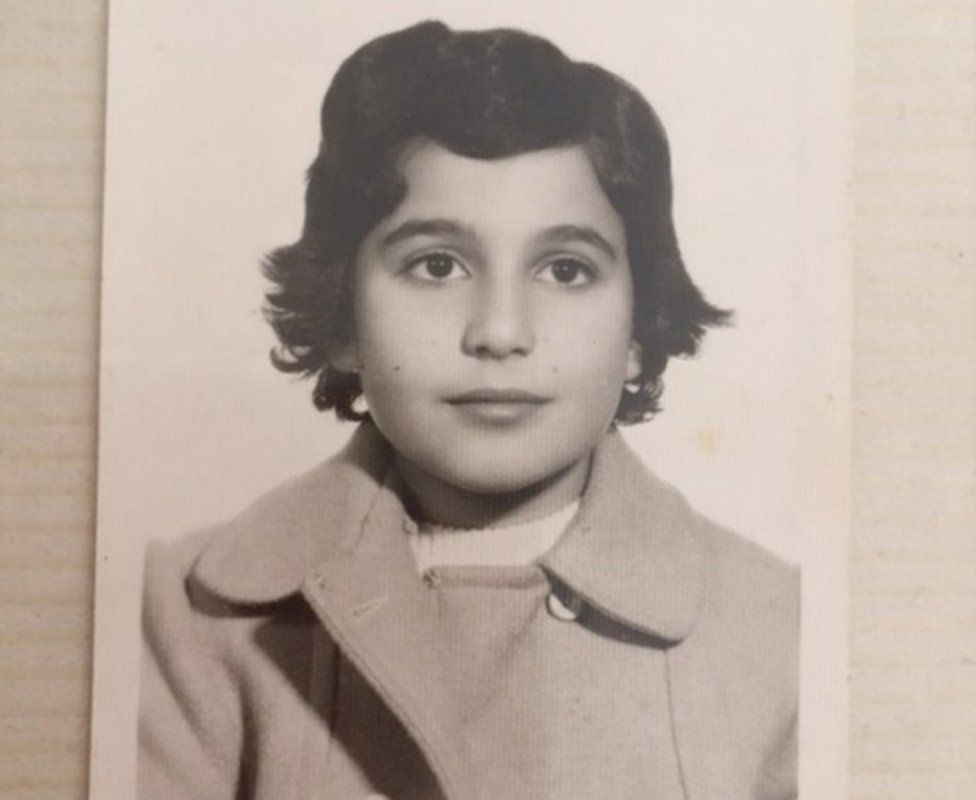 "The UK government of the time allowed all refugees from the Turkish occupied north into the country.

"We stayed with relatives in London, many people in a tiny house. I was fascinated by life in England, but also very homesick and being desperate to go back.

"I was the only foreign kid in class and was quite lonely in school."

Christina says being a refugee has enriched her for life, but meant she's forever an outsider, for a long time waiting to "go back" and then realising "home" isn't truly home any more either.

Paul Lorber left Czechosolakia to come to the UK in 1968

Before 1968, life for 13-year-old Paul was hot summer weekends spent with friends at the local pool and sneaking into the stadium of Slovak Bratislava to watch the football. 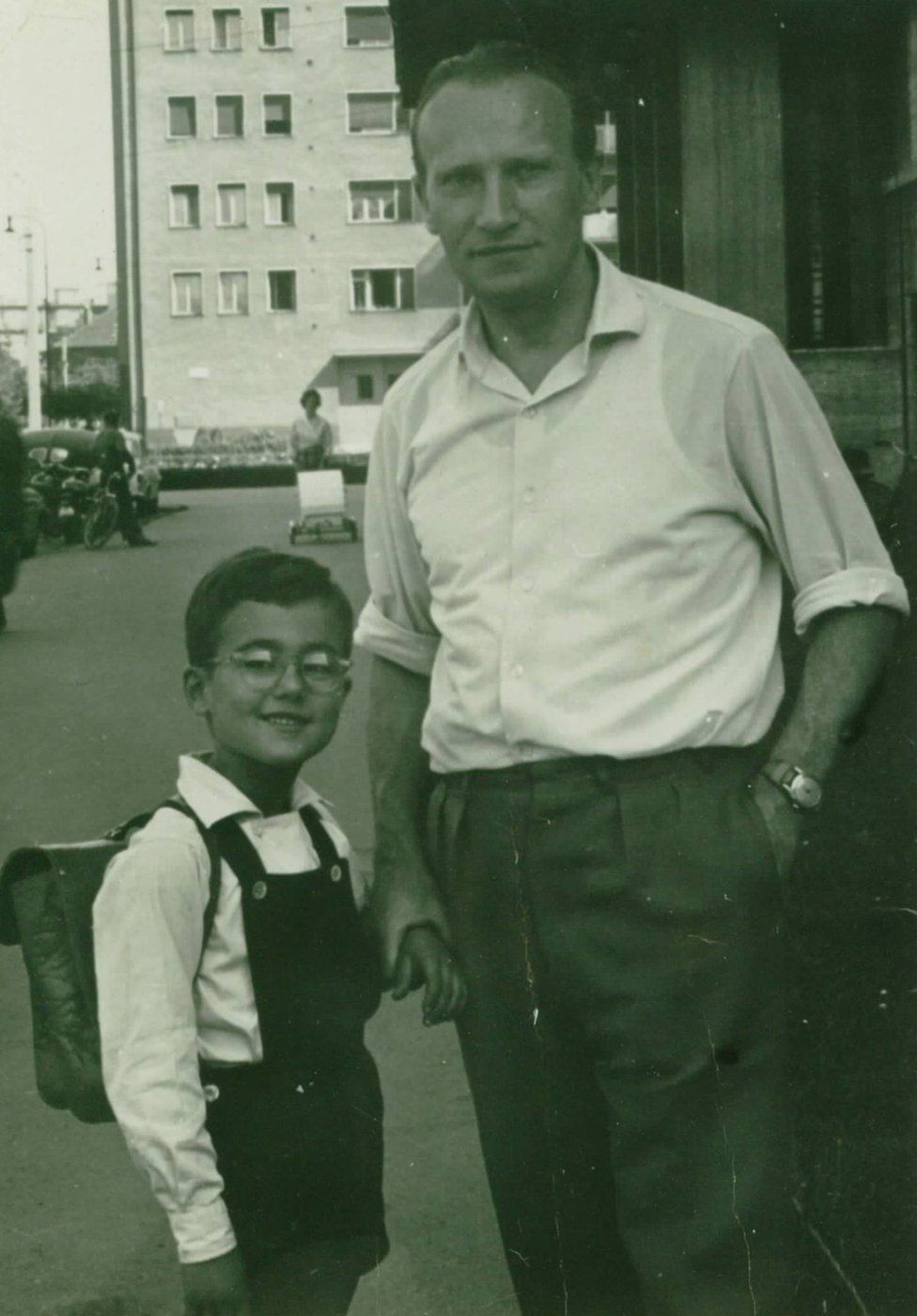 Then, Soviet tanks rolled into his hometown of Bratislava, in former Czechoslovakia.

The fear of another dictatorship made them head to England. 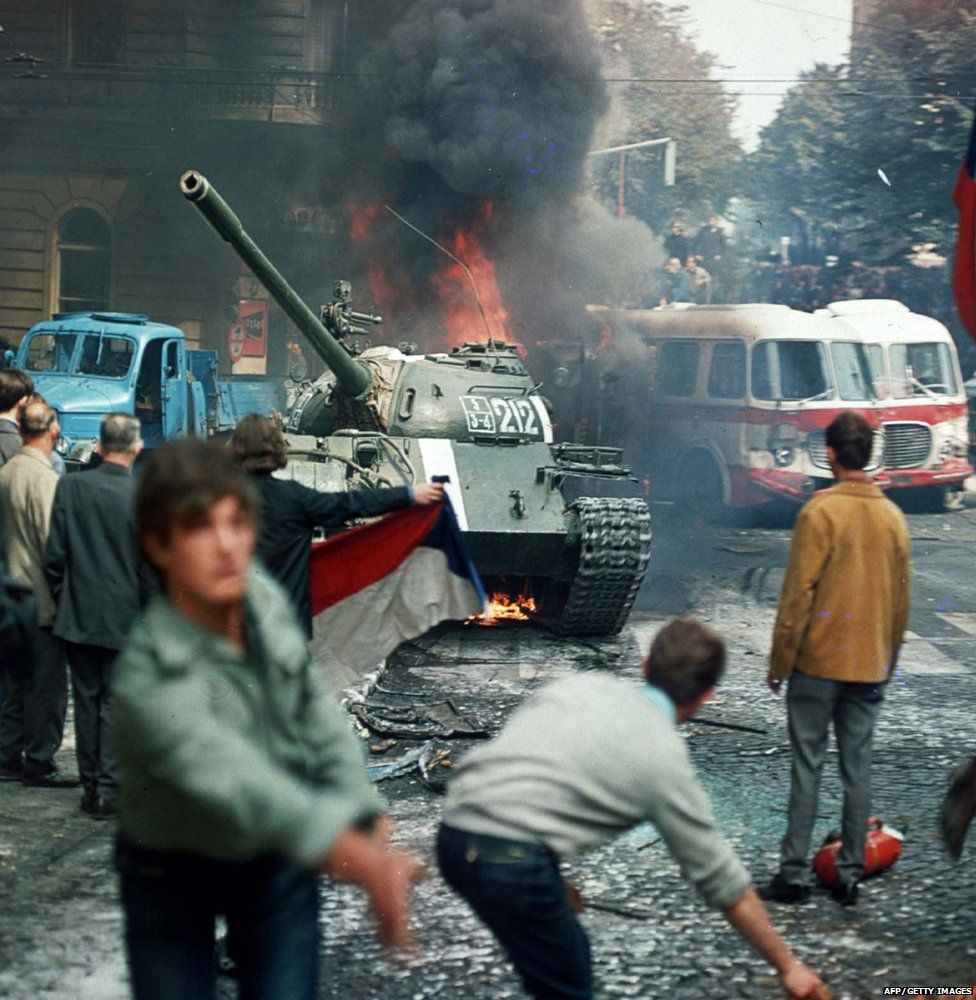 "I didn't really want to go, to be honest - it was heart-breaking to leave everything behind."

Paul was forced to resettle in Brighton, where he struggled to make new friends.

Life was hard at first as his dad found getting a job tough without good English. The family shared a one-bedroom flat and for six months lived in a hotel. 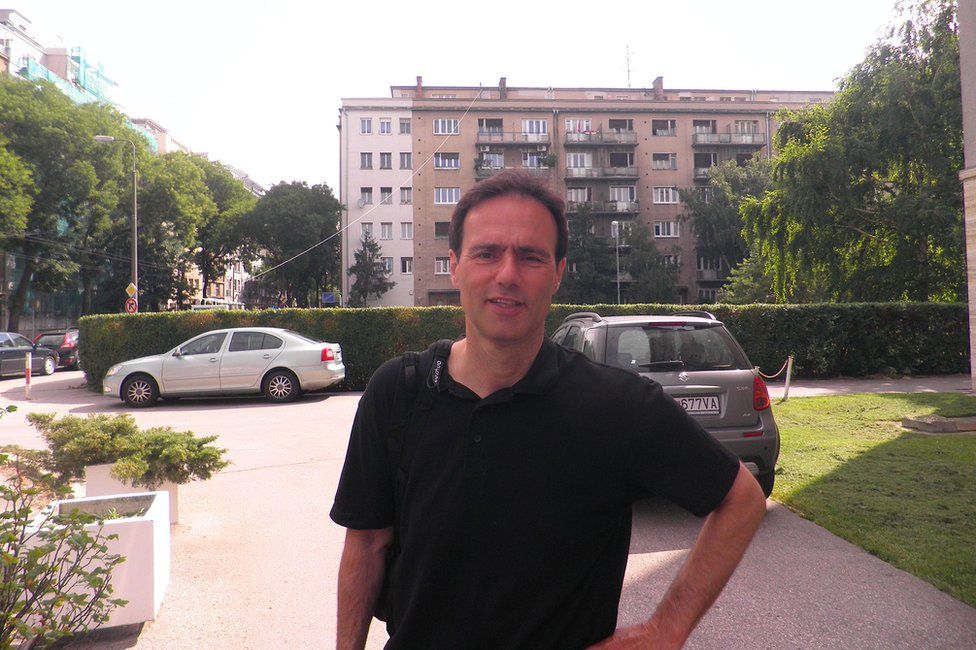 "People didn't really know why we were in England. They must've seen the news about tanks moving into Czechoslovakia, though it probably only stayed in the headlines for a day or two."

Paul eventually became a local councillor in the area of Barham and Sudbury.

His early struggles mean he is adamant other UK politicians should be doing more to solve the current refugee crisis.

"Most refugees are parents who just want a better future for their kids. That's why my parents made monumental sacrifices. They just wanted to keep me safe."