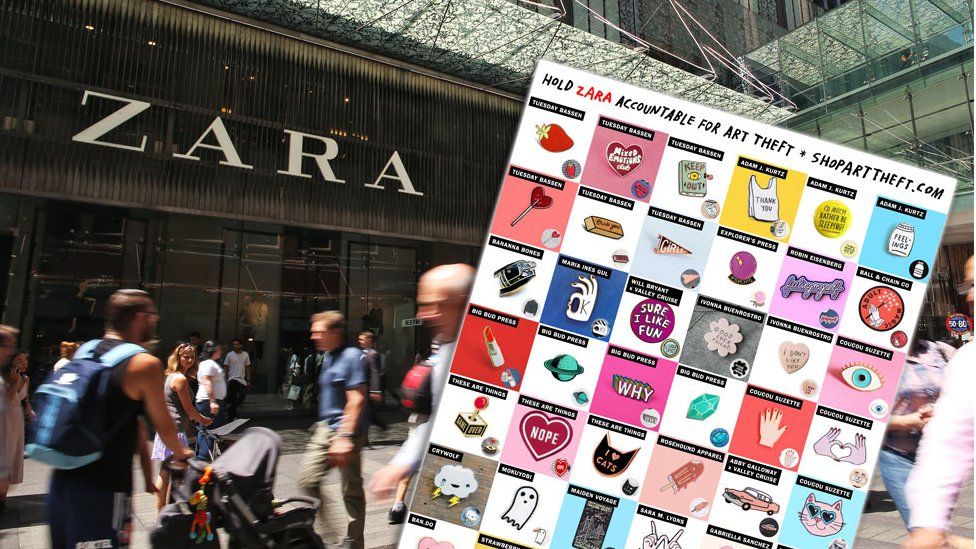 A group of independent artists claims Zara is reproducing its designs without permission.

Adam J Kurtz, an American writer and designer, has started a website where he's posted pictures of the designs Zara has allegedly copied.

The artists involved are using social media to draw attention to the issue.

Adam says he and the other designers aren't sure how Zara might have come across their work. 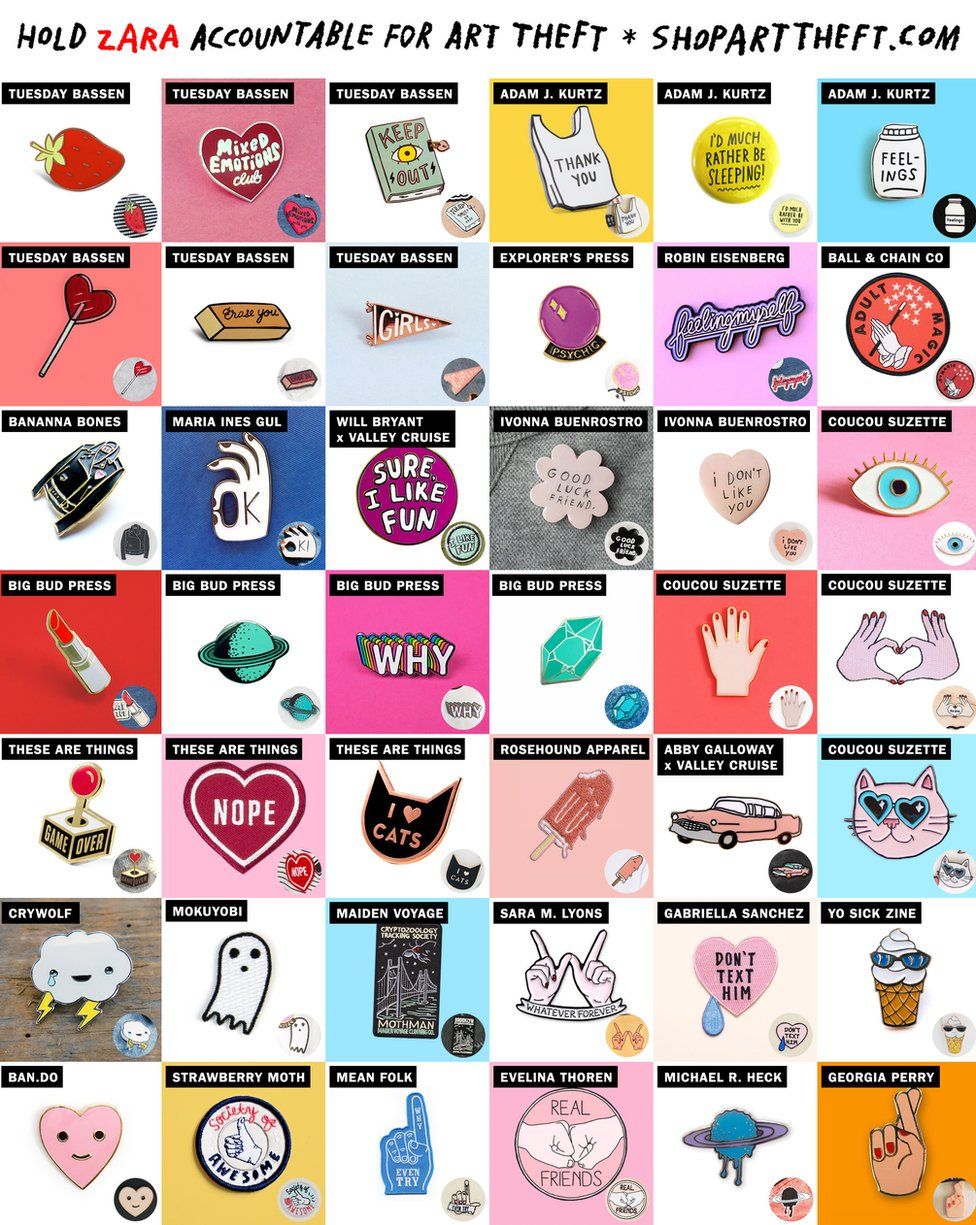 "I found the first instance of theft in early June, when a European fan tweeted at a few of us whose work was stolen together in a single set of pins available for sale at Zara's store Bershka," says Adam, who's 27. 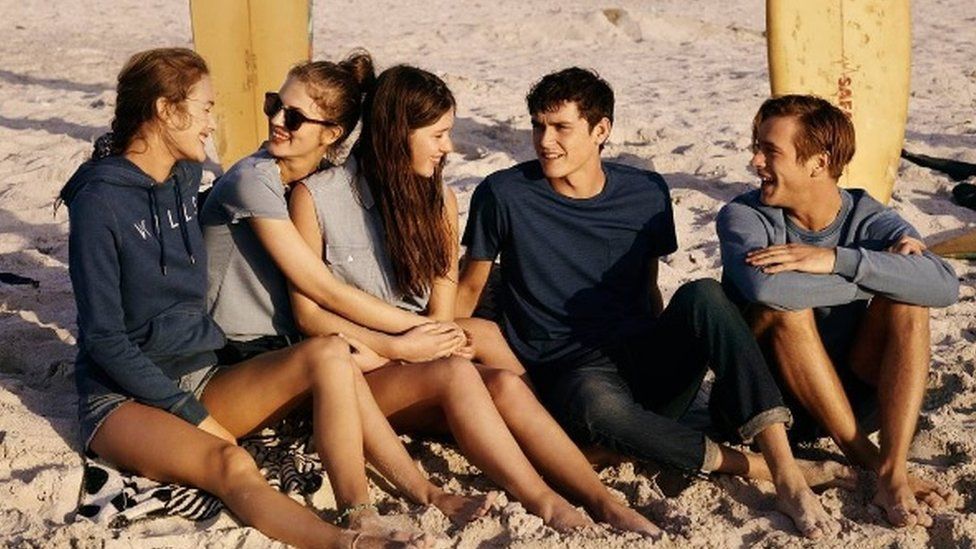 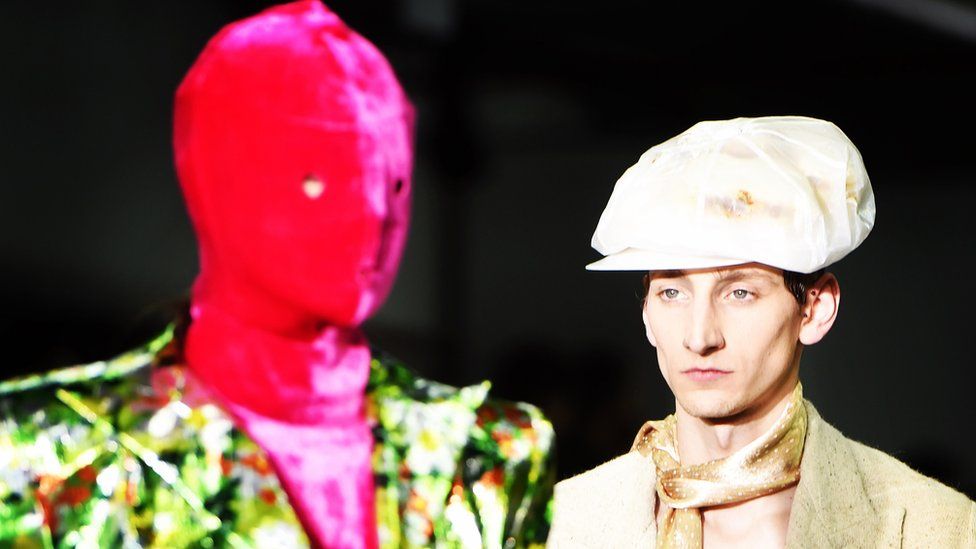 "Based on the network of artists stolen from, most of whom are very popular artists on Instagram, we believe that Zara may have used certain hashtags to discover our art.

"However, that may not be true at all. One of my works stolen is a pin set that they would have had to scroll quite far back to find, or visited my website for.

"We really don't know, but none of us has ever worked with them as far as I am aware."

Adam and a group of artists who also say their work has been copied are "discussing [taking legal action] as a collective group". 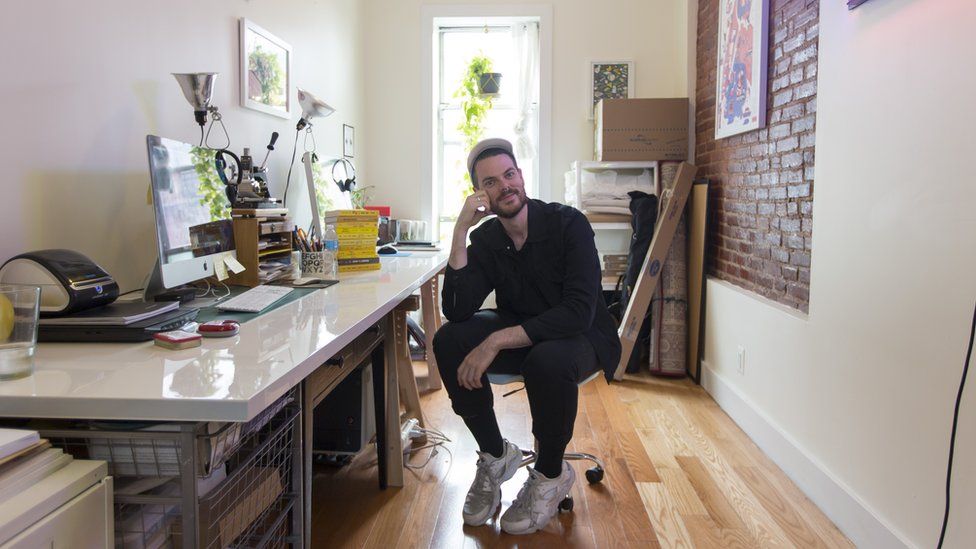 Image caption Adam in his light and bright studio

Some artists have already sent legal letters to Zara.

The retailer's parent company Inditex, whose brands also include Bershka and Stradivarius, has denied copyright infringement.

Tuesday Bassen, a friend of Adam's, posted the reply she received from Inditex lawyers on Twitter.

"The lack of distinctiveness of your client's purported designs makes it very hard to see how a significant part of the population anywhere in the world would associate the signs with Tuesday Bassen," it reads.

"If you create an original work of art it's automatically protected by copyright," explains Jerry Bridge-Butler, a patent lawyer at Baron Warren Redfern.

"If someone reproduces your artwork, that is copyright infringement.

"[The party accused of copyright infringement] can say they don't think the works are the same or that the works weren't original." 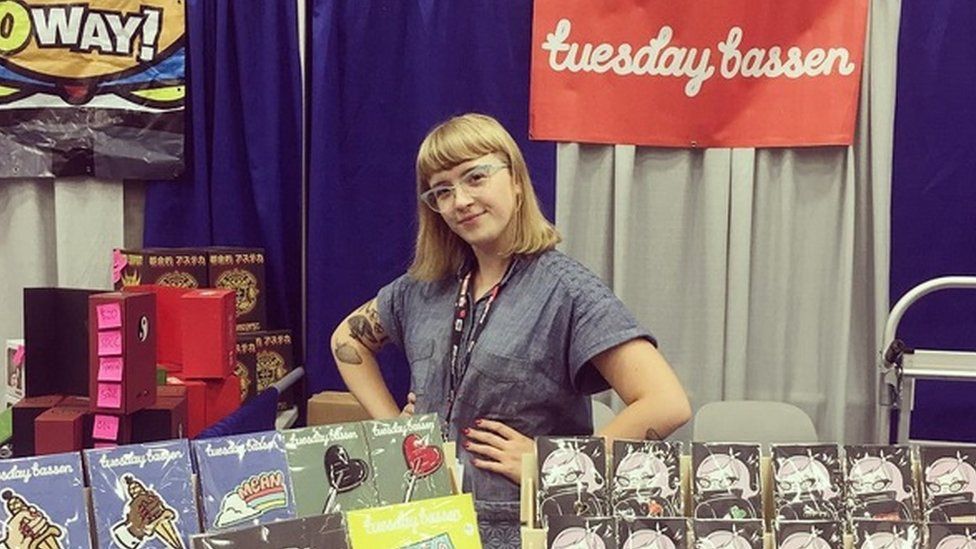 Newsbeat contacted Zara and a spokesperson confirmed they'd been in contact with Tuesday Bassen and were working to resolve the case.

"Inditex has the utmost respect for the individual creativity of all artists and designers and takes all claims concerning third party intellectual property rights very seriously," they said.

"Inditex was recently contacted by the lawyers of artist Tuesday Bassen who noted the use of illustrations in some badges sourced externally and on clothes in its Group stores.

"The company immediately opened an investigation into the matter and suspended the relevant items from sale.

"Inditex's legal team is also in contact with Tuesday Bassen's lawyers to clarify and resolve the situation as swiftly as possible.

"We are also currently investigating other allegations of illustrations used on badges provided by external suppliers on a case by case basis."