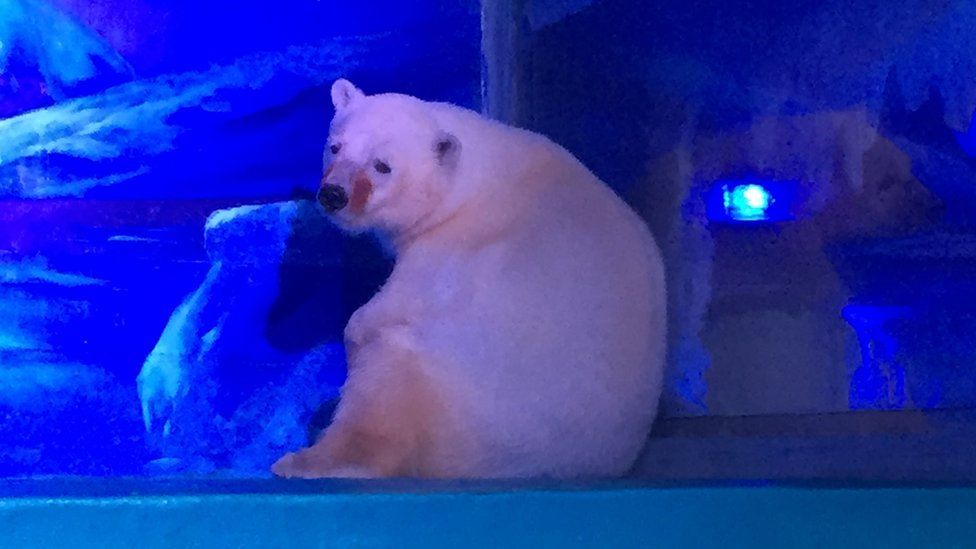 Animal welfare campaigners are trying to free a polar bear that's being kept in a shopping centre in China.

He's called Pizza and has been dubbed the "world's saddest polar bear" after videos emerged of him slumped on the floor of his enclosure.

Nearly 400,000 people have signed a petition to close the "ocean theme park" at the Grandview Centre in Guangzhou.

It is also home to beluga whales, walrus calves, a wolf and arctic foxes.

Animals Asia started the petition, releasing a video that looks like Pizza is crying as tourists stop to take photos.

The charity says the aquarium's owners made "no attempt to create an environment that would meet the needs of any living bear" when it opened in January.

It claims Pizza is living in cramped conditions with "nothing natural".

The owners insist they have made improvements because of the petition.

And they have asked Animals Asia to suggest how they can make the animals' lives better.

"Grandview are genuinely shocked by the international outrage at their aquarium and the awful facilities used to house animals." 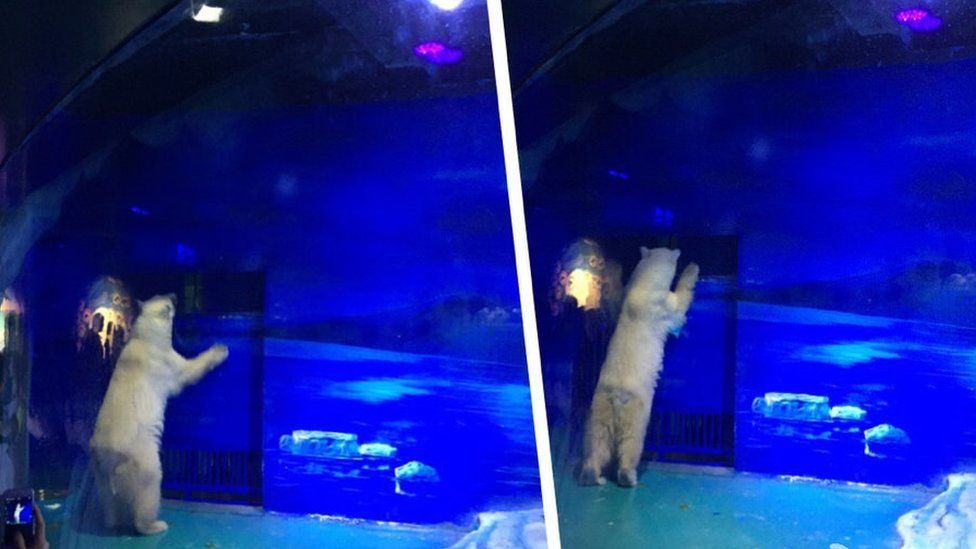 "As is so often the case, I believe that the cruelty is as much about a lack of knowledge as commercial pressures."

But the charity insists it is cruel to keep the animals in a mall.

"There will never be a time when polar bears can ever comfortably be kept inside a shopping centre and certainly not in the small glass case that currently houses them," says Dave Neale.

"However, if allowed, then we will work to improve the welfare of the animals.

"As far as we are concerned we are working for the animals.

"We cannot turn our backs on them."