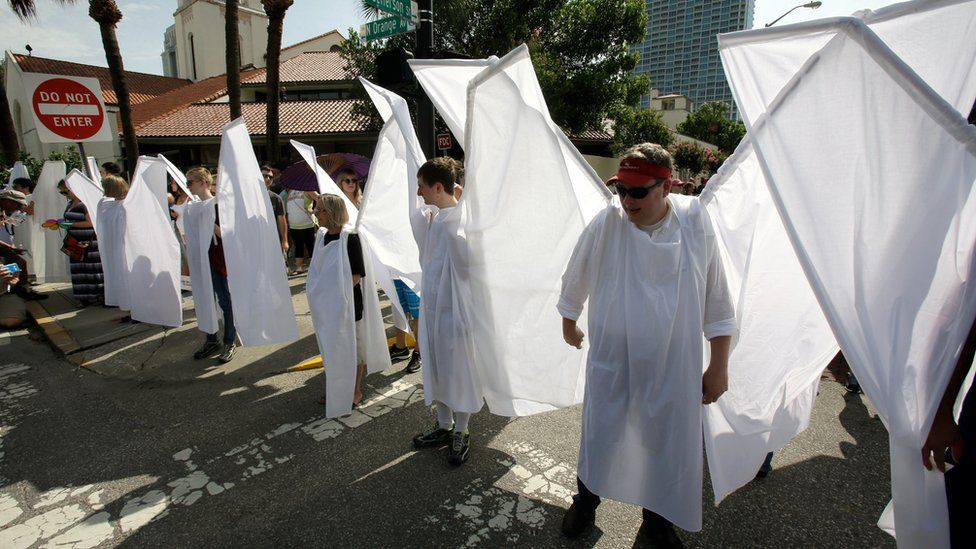 People in Orlando have dressed as guardian angels to protect the funeral of one of the Orlando shooting victims from homophobic protesters.

The anti-gay organisation only has about 40 members but is well known for its hate speeches and funeral protests.

The handful of demonstrators was blocked from view by around 200 counter-protesters.

"I think our presence here is just to show support for the families of the victims and we want to make sure that we're an ally," said one supporter, Suzanne Draper. 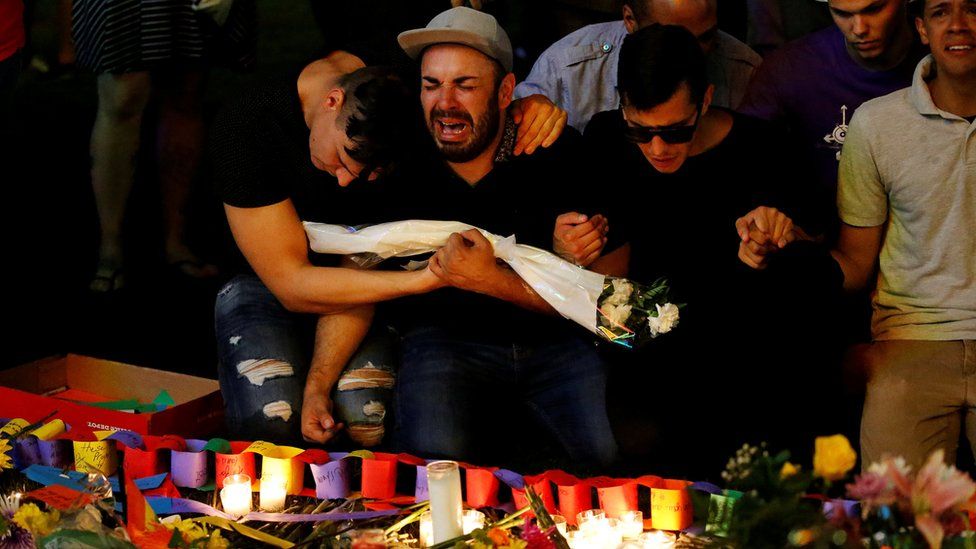 The US gun deaths you haven't heard about 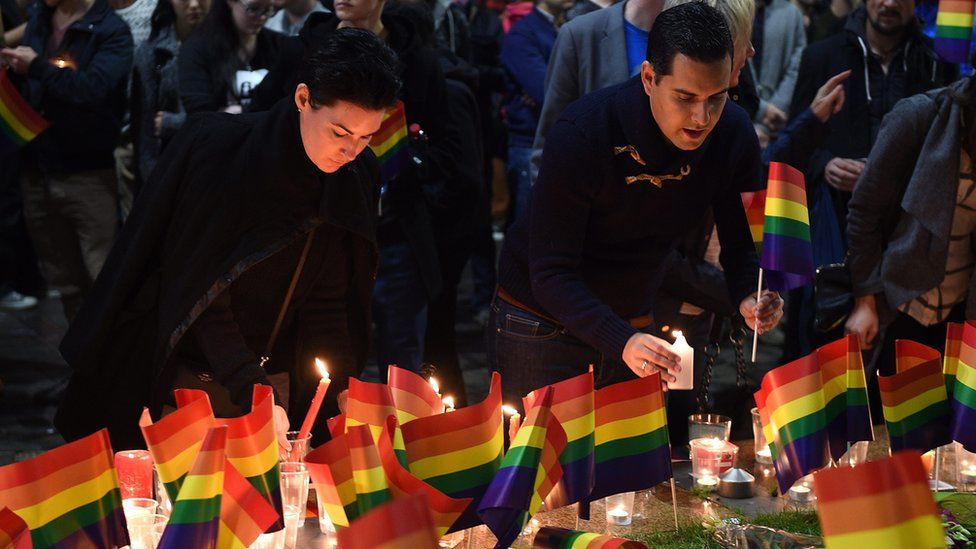 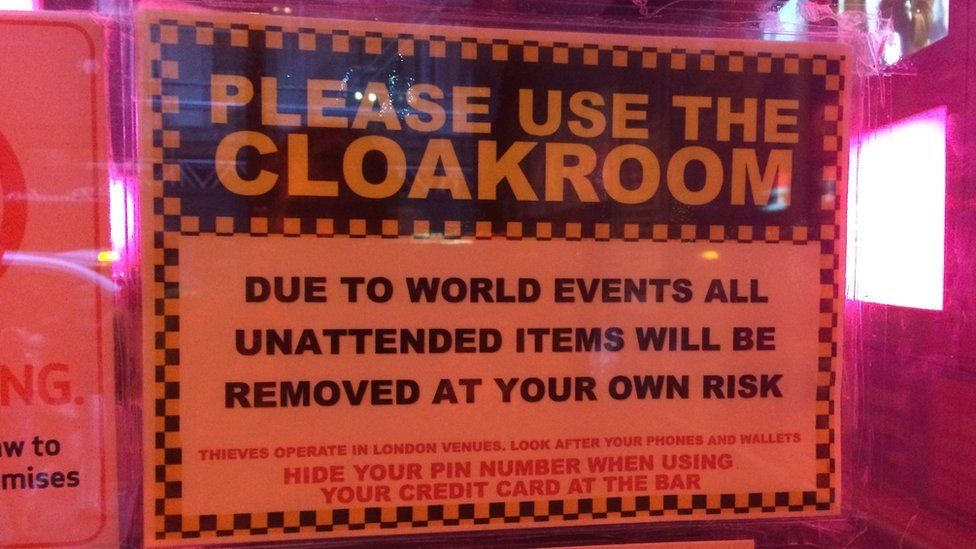 Some of those wore huge white linen wings, which they used to further screen the funeral proceedings.

The wings, made by volunteers from the Orlando Shakespeare Theater's costume and set departments, first appeared at the 1998 funeral of Matthew Shepard, a gay man murdered in Wyoming. 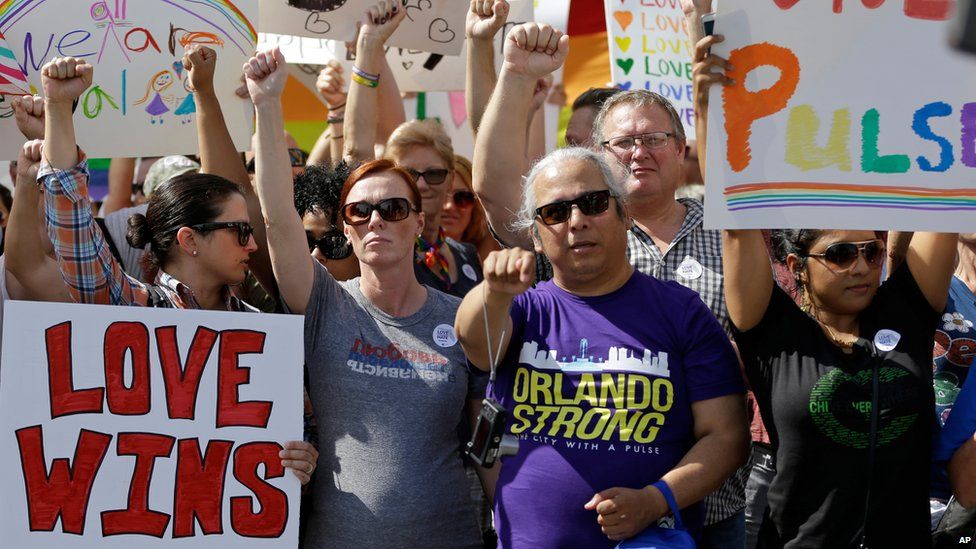 Another counter-demonstrator, Wesley Wizner, came to stand outside the funeral with a huge rainbow screen.

"We originally made it as large as possible because we didn't know the location, we wanted to make sure we could block the [Westboro Baptist Church] signs," he explained.

"We just intended to make sure we were showing as much support as possible and they [anti-gay protesters] were running into as large of an opposition as we could create."

Christopher was 32 when he was killed at the Pulse gay club in Orlando last week.

Omar Mateen, 29, killed 49 people and wounded 53 at the nightclub before being shot dead by police.

It's the deadliest shooting in modern US history.

A number of funerals have now taken place to honour those killed.

Many people have attended in order to support the gay community, carrying banners and wearing shirts with messages of love on them.

There have been vigils around the world as well, in cities including London, Berlin and Paris.