10kgs of 2,000-year-old butter found in a bog in Ireland to go on display - BBC Newsbeat 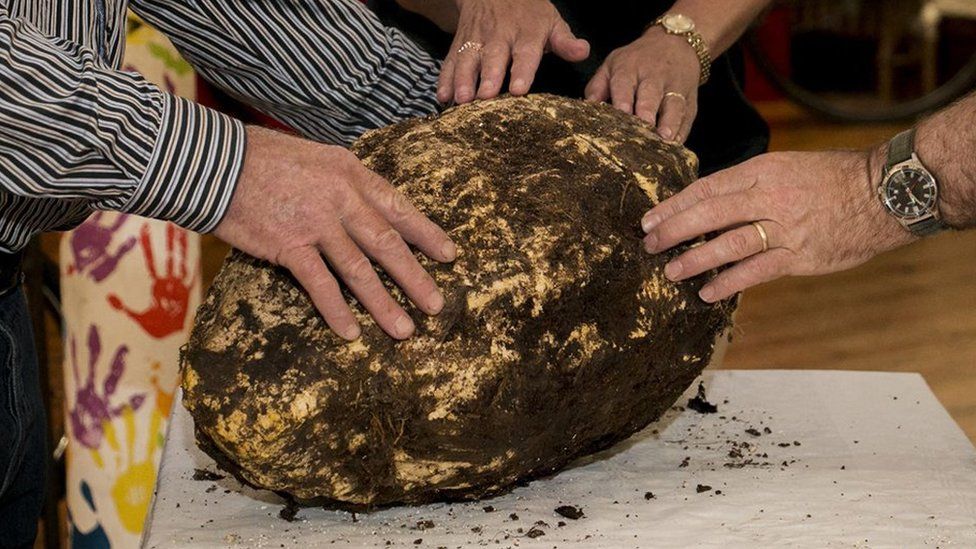 Jack Conway was working in a bog, cutting turf, when he says he came across a massive chunk of butter.

After making the discovery in Emlagh bog, County Meath, he says he contacted a local museum who then analysed the dairy discovery.

Cavan County Museum told Jack that the 10kg (22lb) lump of butter was in fact more than 2,000 years old.

Savina Donohoe, curator of Cavan County Museum, has told Newsbeat that it smells like a "strong cheese". 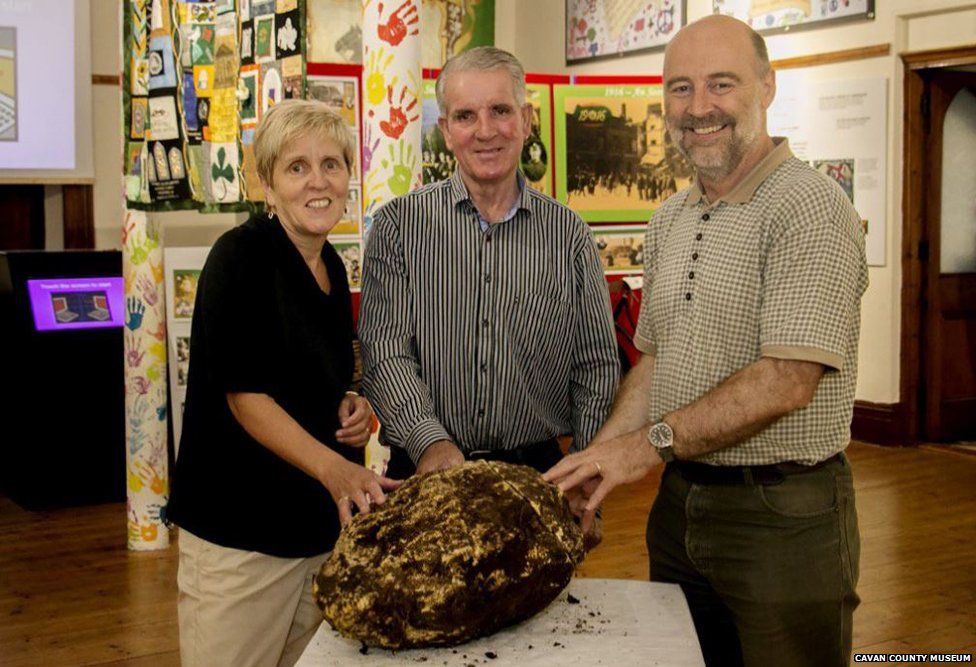 Savina told Newsbeat: "The fact it was buried so deep in the soil indicates that it might have been buried as an offering or a ritual to the gods to keep land and animals safe in the past."

In medieval Ireland they did a lot of burying in bogs as they have excellent preservation properties because of their low temperatures, low oxygen and highly acidic habitat.

That butter would normally be found in a wooden box but this butter was found on its own.

The museum believes that this particular butter was therefore buried as a ritual or an offering because whoever buried it thought it would never be found again.

Butter, or anything associated with a cow, was seen as a sign of wealth, importance and was valuable.

"Butter was seen as a luxury item back then. People made it with the intention of eating it, or selling it to pay their taxes and rent," Savina added.

"It doesn't smell very nice - it smells like a very strong cheese. You could try to eat some of it but we wouldn't advise it.

"Now that it's above ground it will probably dry up."

It has been passed onto the National Museum in Dublin who are going to carbon date the time capsule butter before housing it for visitors to see.