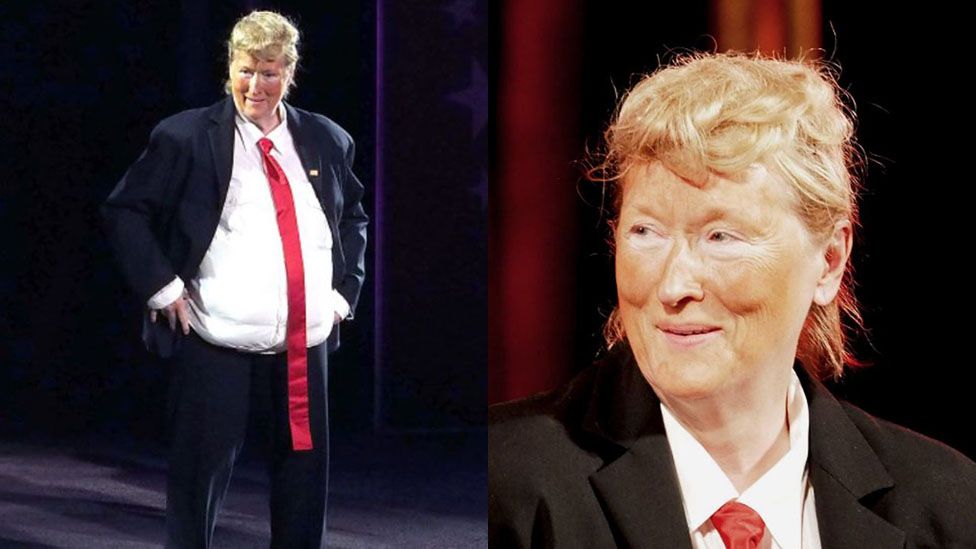 This is Meryl Streep doing her best impression of Donald Trump.

She wore fake tan and a hair piece to impersonate the Republican presidential candidate on Tuesday night.

The actress wore a men's suit with a fake padded belly and red tie to complete the look in a surprise appearance at the Public Theater Gala in New York.

It was her way of showing support for Hillary Clinton, the Democrat nominee in the race for the White House. 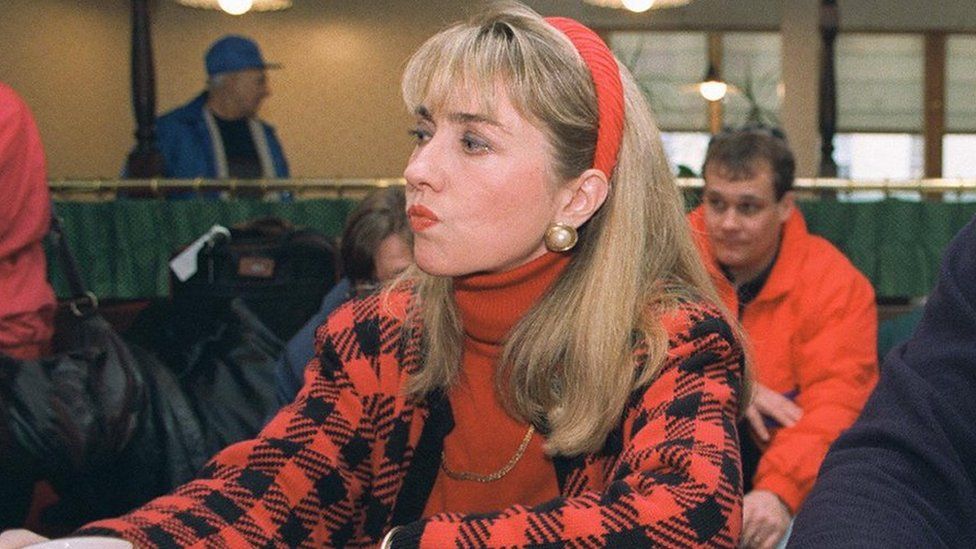 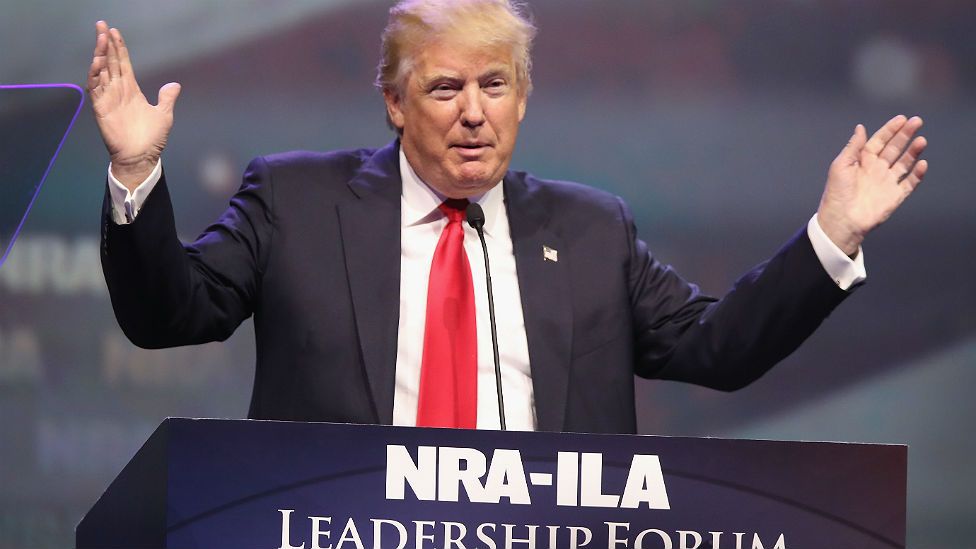 Here's how unlikely Trump's success is 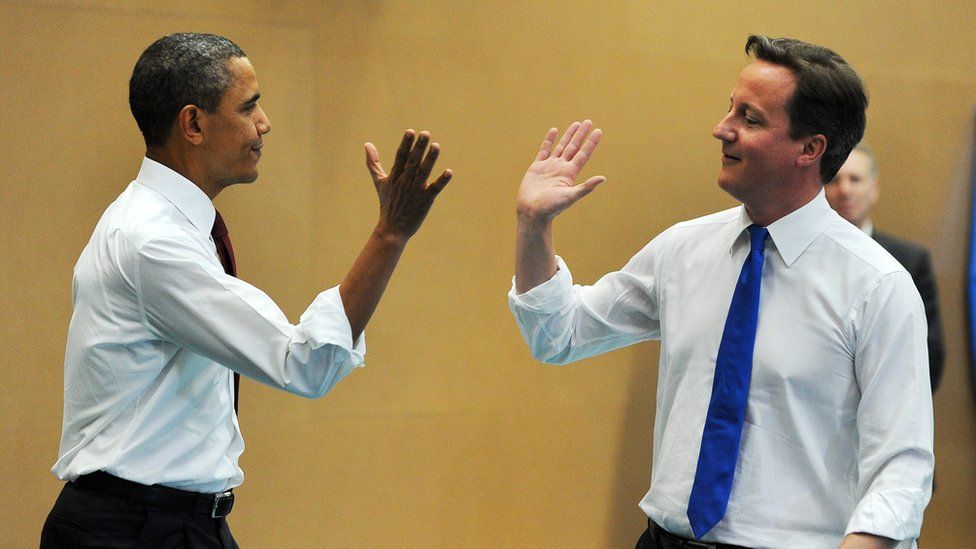 A short history of the special relationship

Streep is known for her portrayals of iconic characters including Margaret Thatcher in the Iron Lady, for which she won a third Oscar.

The Trump interlude happened at the annual Shakespeare in the Park event in Central Park.

The New York Times said Streep's version "did a more than credible version of the presumptive Republican nominee, down to the pursed lips and low-hanging belly. She got the braggadocio-inflected voice, too, even while singing."

"None of us had seen her in costume or makeup till she walked out tonight", the Public Theatre's artistic director, Oskar Eustis, told the Times.

He said it was "utterly her idea, beginning to end".

"There were sceptics, there were doubters, but one of those sceptics was not Meryl Streep. She was absolutely sure she could do it," he added.

Don't hold out hope for seeing this spectacle again.

"I appreciate the interest, but this was a one-off, a once in a [last in a] lifetime appearance of this character," she said in a statement afterwards.

Donald Trump hasn't yet commented on what he thought of Streep's version of him.