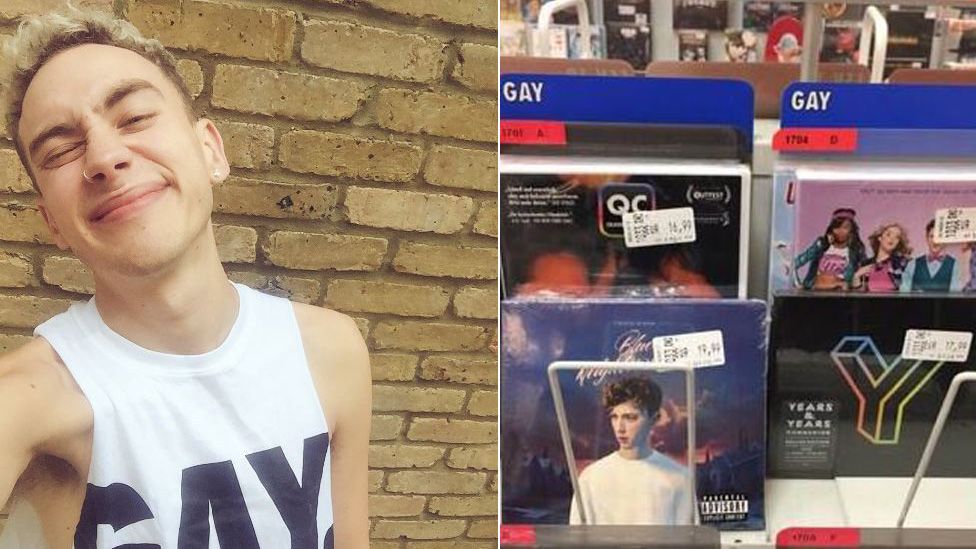 Olly Alexander is angry about a record shop placing his band's album in the "gay" genre section.

The Years and Years singer tweeted: "Can you really label a sound or style of music gay?"

He found out about it after a fan sent him a photo, taken at a store in Germany. In the picture, you can clearly see the Communion album under a tab labelled "Gay".

In the past, Olly's spoken openly about his sexuality.

Here's his reaction to seeing the photo.

Soon after, he tweeted "being gay is the best! Bye h8rs!"

And then he decided to run with the theme.

Earlier this year, Olly spoke to Newsbeat about his sexuality.

"We're not the only queer-frontman-led act nor am I the only openly gay male singer. But all that being said, there aren't that many of us and at times I've felt real pressure to hide or to limit my sexuality."

The band updated their Desire music video because they felt there isn't enough diversity in pop videos and decided to feature non-heterosexual relationships.