Why do lots of Ghostbusters fans already hate the new movie? - BBC Newsbeat

Why do lots of Ghostbusters fans already hate the new movie? 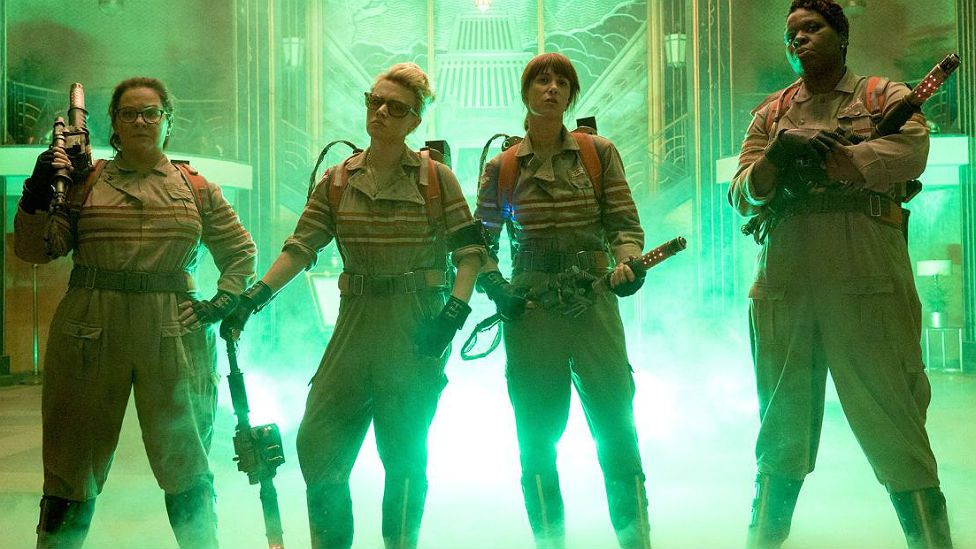 The first trailer for Paul Feig's 2016 Ghostbusters movie is the most disliked trailer on YouTube of all time.

Two further trailers have met with more negative responses on YouTube than positive.

More than 30 years after the 1984 release of the first Ghostbusters movie, the franchise still inspires a huge fan-base and a lot of those fans are not happy.

"Out of everything I loved from my childhood, Ghostbusters is the one thing I've remained passionate about" Paul Rudoff, who runs Ghostbusters fan-site Spook Central, tells Newsbeat.

"Children of the '80s have seen characters that we've grown up with been bastardized by movie studios before in films that, sadly, modern audiences made into cash cows.

"New versions cheapen their childhood memories in the name of a quick buck."

The new movie is a reboot of the franchise, taking place in a world where the original movies and characters did not exist. This has not gone down well with fans - and neither has the director and all-female cast.

"My feelings on the movie were already a little tainted when it was announced that Feig would direct and McCarthy would star," Paul says.

"I've seen one of his movies and a couple of hers and the style of humour they are known for isn't appropriate for Ghostbusters."

I see the casting of an all-woman cast as a gimmick, pure and simple
Paul Rudoff, Spook Central

Fans have been accused of misogyny by Tom Rothman, head of Sony Pictures, for their early criticism of the movie, but Paul believes the negativity goes much deeper than gender.

"I see the casting of an all-woman cast as a gimmick, pure and simple.

"If a Ghostbusters group were to, realistically, form today, it would likely be of mixed-gender, as many of the franchises in our fandom prove," he says - claiming 1997 cartoon Extreme Ghostbusters nailed it when it came to its cast. 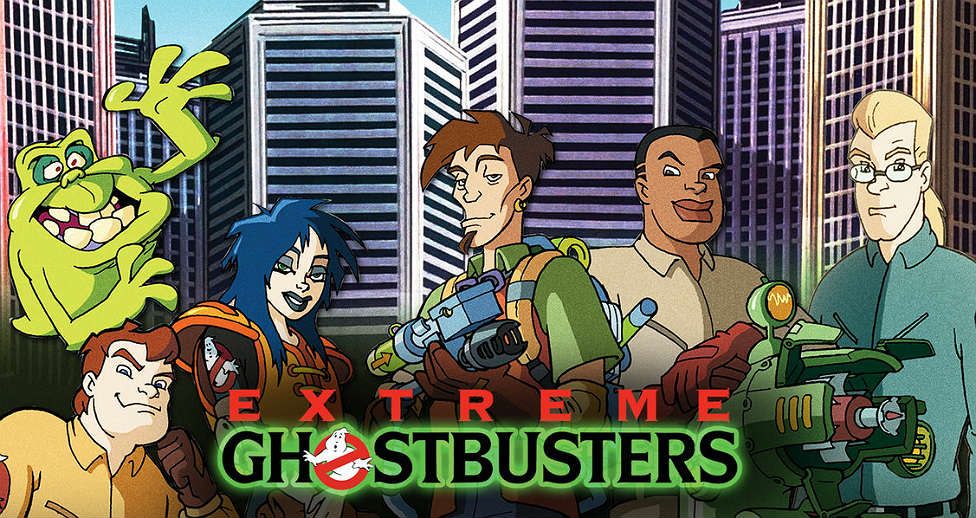 "It's short-sightedness on the part of the director, cast and anyone involved with the new movie to write off all of the hate as misogyny."

Other fans admit gender bias has played a part in the criticism.

"Although I don't think that's all there is to it.

"Any remake of a classic film like this is always going to face criticism because it's seen as cynical and unnecessary.

"And let's face it, they're never as good as the original." 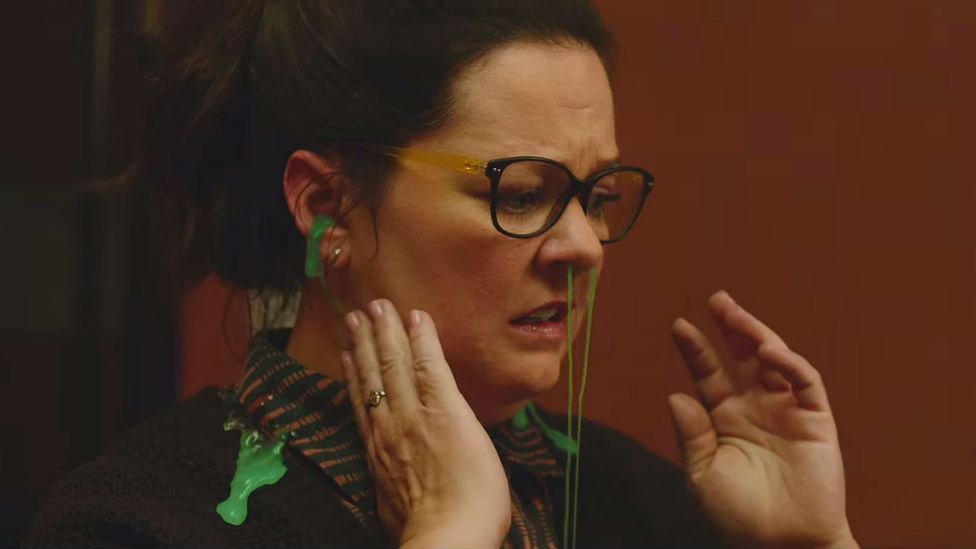 Fans have waited 27 years for a sequel (Ghostbusters 2 was released in 1989), with at least three scripts believed to have been written for follow-up films.

During decades and disappointments, Paul says it's the fans who have kept the spirit of Ghostbusters going strong.

"Ghostbusters fans have been the only ones to keep this franchise alive for over 30 years," Paul says.

"I've seen the dry spells of this franchise where there were many years with no merchandise.

"We kept what was, essentially, a dead franchise alive." 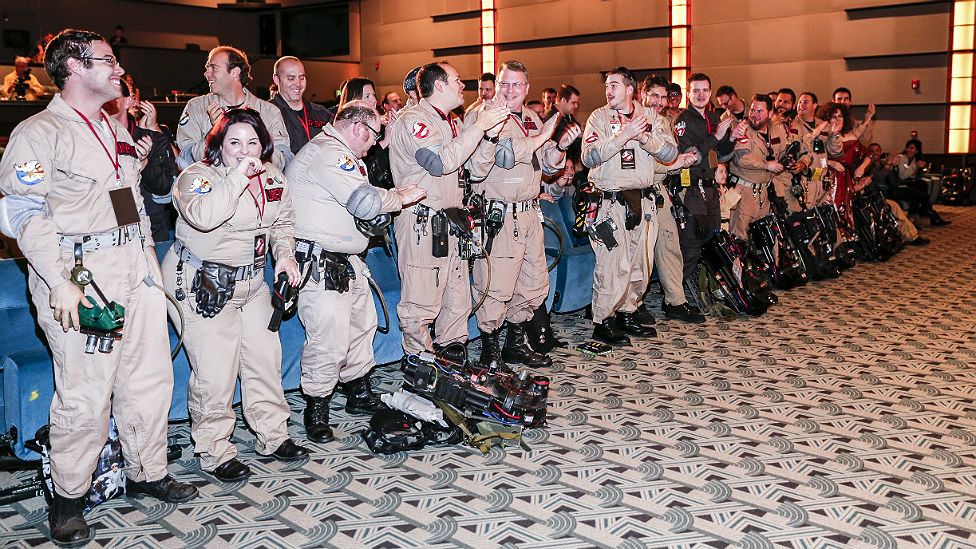 Image caption Let's be honest, the spooks wouldn't stand a chance against this lot

Newsbeat has approached Sony for a statement on the movie, rebooting iconic franchises and working with dedicated fan-bases, but they have yet to respond to our calls or emails.

However, domestic marketing president Dwight Caines recently gave a statement to The Hollywood Reporter with a response to fan criticism.

"What tends to happen with a beloved property is the fanboy or the fangirl shows up and says, 'How dare you remake this?'," he says.

"The people talking are such a tiny percentage of the people viewing.

"The first trailer got 70 million views. The number of people talking was less than 100,000 and they are trying to define the experience." 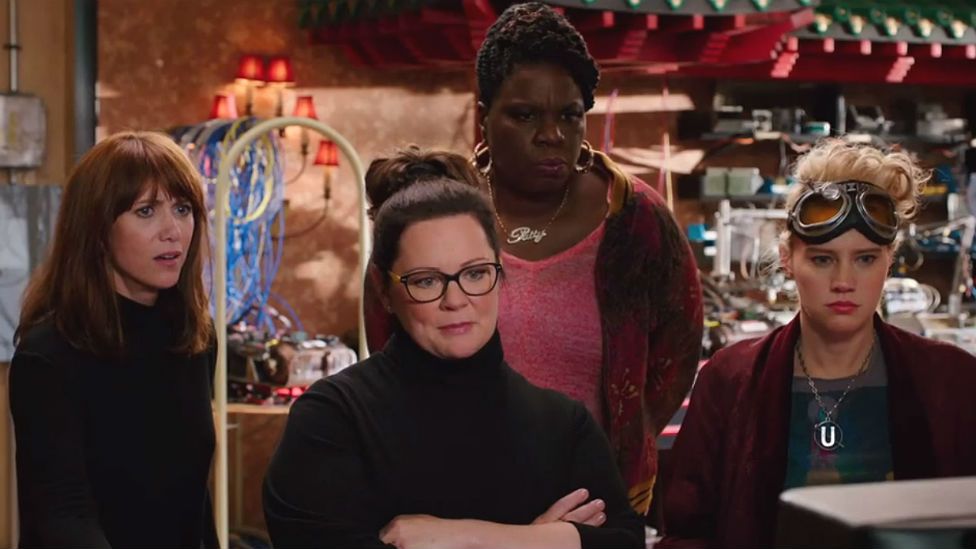 Despite friction between the studios and the franchise fanbase, Paul insists he will buy his ticket to Feig's movie with his hopes high.

"I'm hoping that the broad, juvenile, low-brow humour is kept to a minimum, if not completely removed," he says.

"It's not to say that I can't be pleasantly surprised by what Feig and company have done," says Paul.

"I'm certainly willing to give the movie a chance and go in with a pretty open mind."

"We just want something we can love as much as the originals."