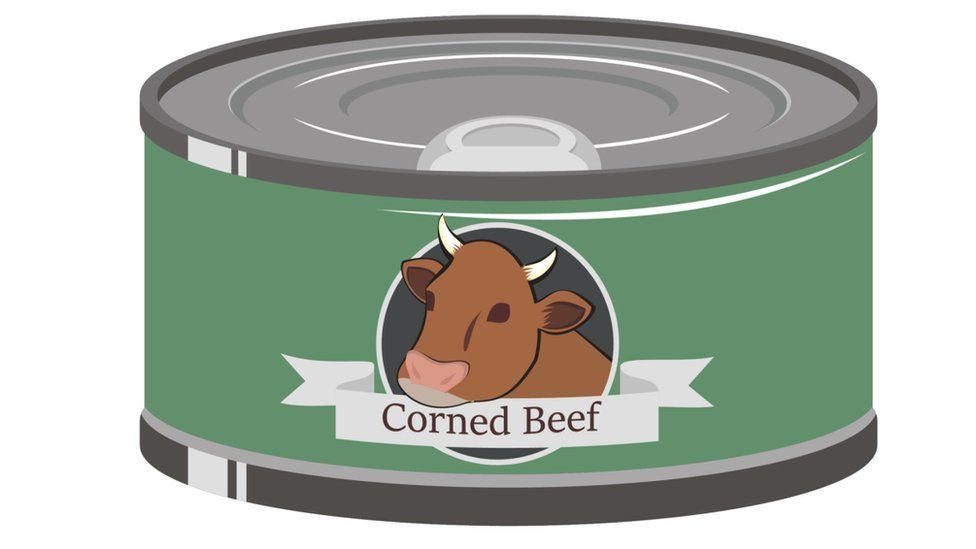 China's foreign ministry has denied reports that Chinese food companies are canning human flesh and selling it in Africa as corned beef.

She said Chinese firms were collecting dead human bodies, marinating them and packing them in tins.

The Chinese Ambassador to Zambia, Yang Youming, said the reports were aimed at destroying the long-standing partnership between the two countries. 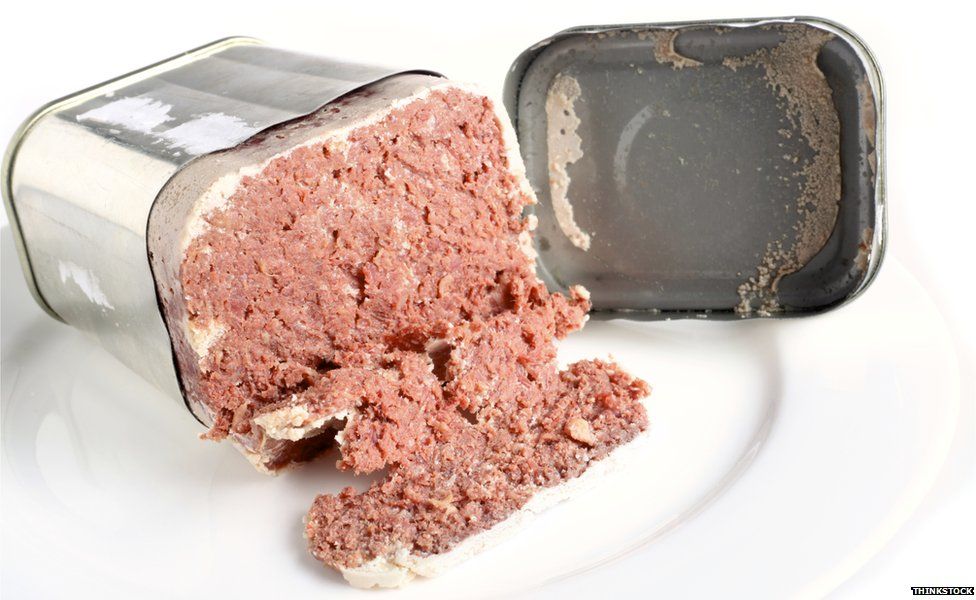 Image caption This is what "proper" corned beef looks like

"Today a local tabloid newspaper is openly spreading a rumour, claiming that the Chinese use human meat to make corned beef and sell it to Africa.

"This is a malicious slandering and vilification which is absolutely unacceptable to us.

"We hereby express our utmost anger and the strongest condemnation over such an act."

The photos supposedly showing dead bodies are actually from a marketing stunt from 2012 for the video game Resident Evil 6.

A butchers selling fake "human meat" was set up at London's Smithfield Market and the same pictures have appeared in Zambia this week. 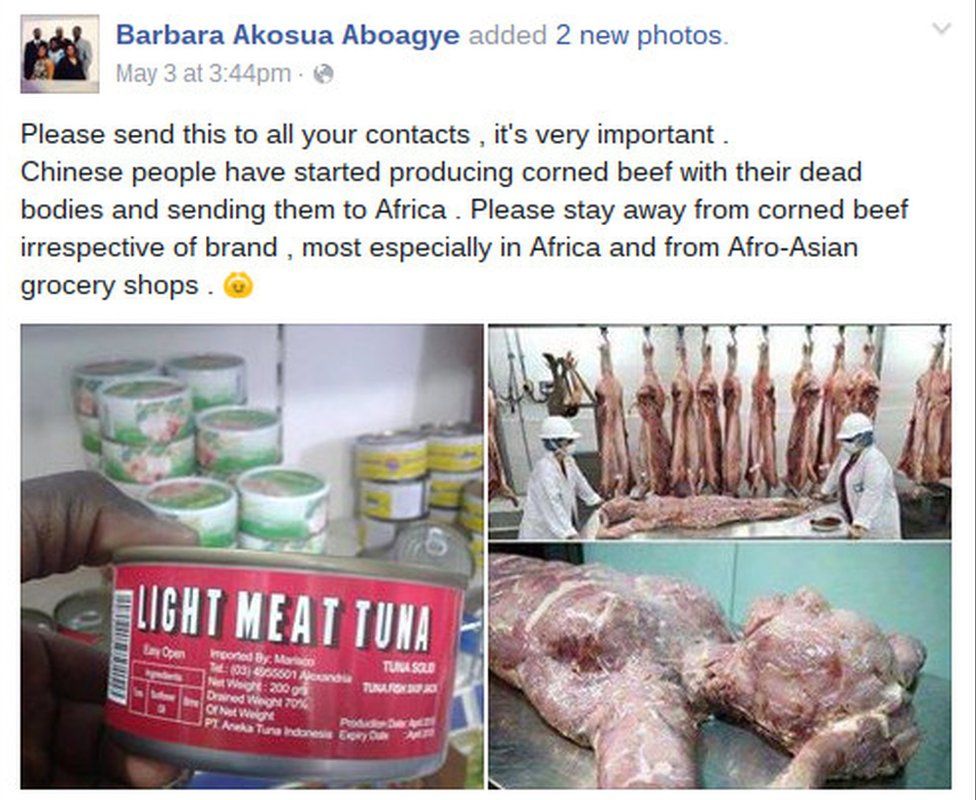 Zambia's Deputy Defence Minister Christopher Mulenga says his government will launch an investigation into the reports.

"The government of Zambia regrets the incident in view of the warm relations that exist between Zambia and China," he said.

"We shall make sure that relevant government authorities will take up the investigations and give a comprehensive statement."

Zambia has a large community of Chinese immigrants who've built successful businesses in the retail and construction industries.

China is also a key importer of Zambia's main export, copper, and has invested considerable amounts of cash into the country's mining industry.

You What? China Food Zambia