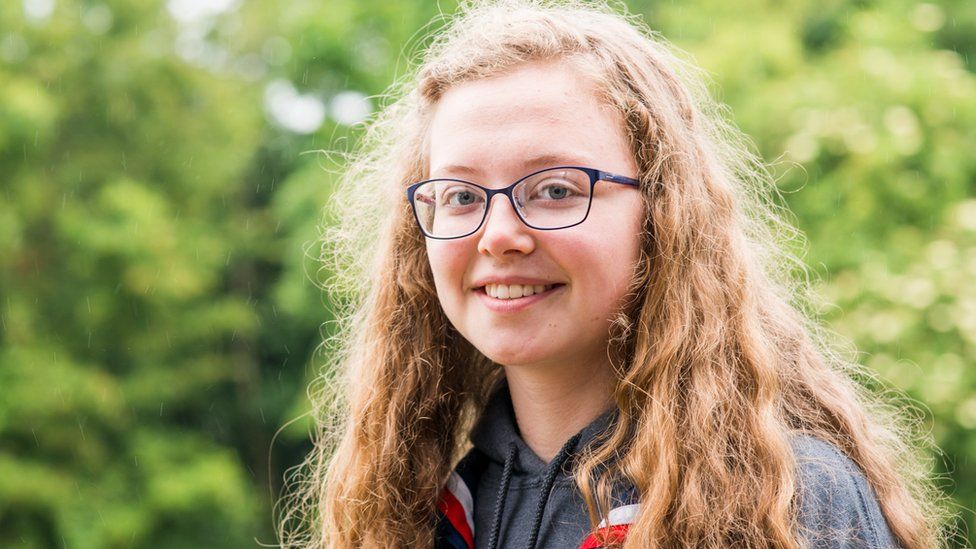 When a grandparent gets dementia, it can mean that a child is too young to really remember what the person was like before they got the condition.

"Of course there were moments that my granddad was there, but I didn't know him well enough to recognise them," says Rachel Sheridan-Warbuton.

Her grandfather passed away last month, having being diagnosed with dementia a number of years ago.

"The granddad I remember isn't the Mickey that was actually Mickey.

"He was still incredibly compassionate and devoted to his faith and at the core of him, an absolutely lovely person but that was clouded by what he lived with."

If you are affected by dementia, the BBC has put together a list of organisations which may be able to offer more information or support.

Her personal experiences of dementia have inspired the volunteering she does with the Scouts.

Rachel has trained to be a dementia friend - a person who helps to spread awareness about the condition and visits and talks with people living with it.

"Dementia doesn't just affect one section of the population. It has tentacles in every group of society, no matter their age or background and I think that has to be remembered," she explains.

"It's mostly people over 65 but parents can live with it."

Read more about 22-year-old Chris's story - his mum was diagnosed with young-onset Alzheimer's disease when she was 59.

Rachel says she is frustrated by the way younger people are often portrayed by the media.

"Some of the most compassionate, understanding and open-minded people I know are young people," she says.

"The youth of today is branded as being connected to our smartphones and out of touch with the real world.

"Our generation isn't all that bad and we want to change a lot of things." 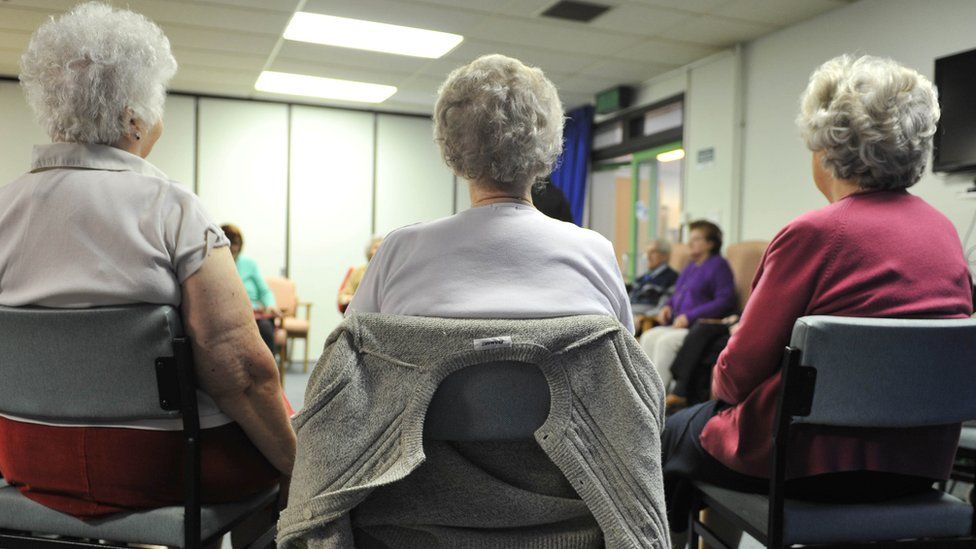 She says there are many inspiring teenagers who are keen to help their local communities by working through youth groups such as the Scouts.

BBC Radio 1 and 1Xtra have launched the #1millionhours campaign, asking people to pledge their time in 2016.

One of the benefits of younger people volunteering with older dementia patients, Rachel says, is that there is less ingrained stigma, with teenagers more willing to talk about the condition.

Research released by the Alzheimer's Society suggests that the majority of people think the symptoms of dementia are just something happen when you get older, but Rachel says that is not the case.

"Dementia is not a natural part of aging," she explains.

Campaigns like the one she is involved with say better conversations about dementia will result in people getting the diagnosis, and help they need, earlier.

"The amount of people with dementia is increasing and nearly everyone knows someone who is affected by it in some way," says Rachel.

He was still incredibly compassionate and devoted to his faith and at the core of him, an absolutely lovely person but that was clouded by what he lived with
Rachel Sheridan-Warburton

She has advice for young people who may be thinking of volunteering for people with dementia, or who are worried about interacting with someone who has just been diagnosed.

"With older people, very often it's not so much our fear but almost apprehension we're going to do something wrong," she says.

"Try to put yourself in their shoes as much as possible. How can I make it comfortable for that person?

"Be kind and compassionate, as most people on the whole are."