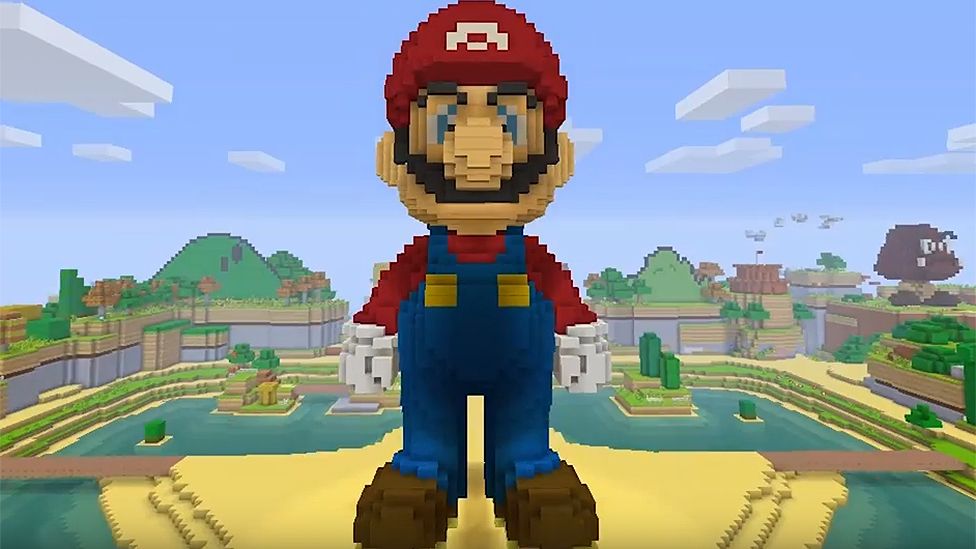 Mario is hopping from one computer generated world to another, as he makes his official debut in Minecraft.

In a new update for the Wii U version of the blockbuster game, Mario, Luigi, Wario, Toad, Princess Peach and many more Super Mario Bros characters will appear in the game from next Tuesday.

Best of all, in these days of expensive downloadable content - the colourful characters are available for free.

The Mario pack will bring more than just characters into the pixelated world of Minecraft.

Players will also be able to re-skin the game's textures and items and fight blockier versions of Hammer Bros. and Dry Bones from the Mario world - all set to the soothing sounds of retro tunes from Super Mario 64. 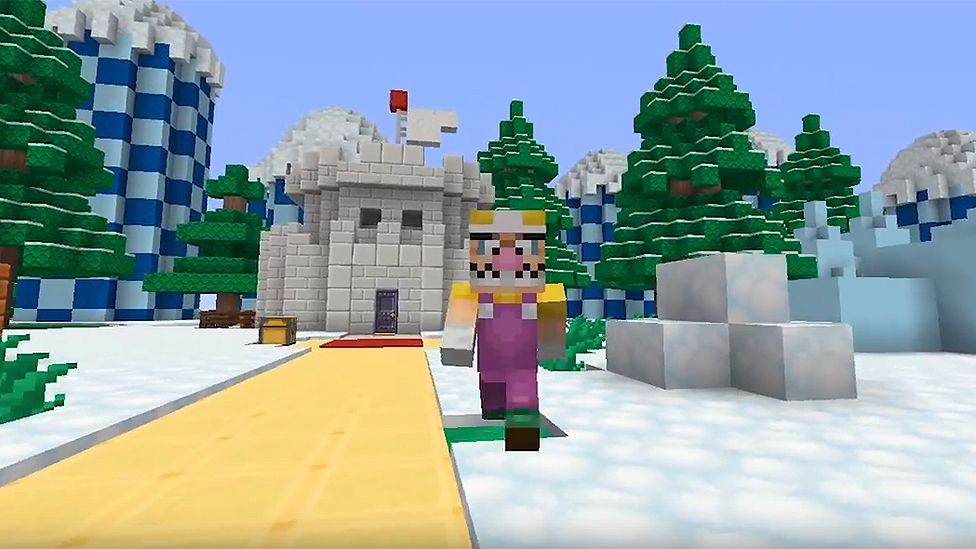 Fans will be able to create their own locations from Mario-themed Minecraft blocks, before exploring new worlds with classic faces (albeit a little more angular) from one of the most famous games in history.

A disc-based version of Minecraft for Wii U, including all the Mario extras, is expected to be released in June.

Minecraft has sold more than 70 million copies worldwide and is the third best-selling video game of all time.

The game has no specific goals for the player, but many different ways to play the game.

The game encourages players to create their own worlds and locations, resulting in some mind-blowing virtual landscapes.