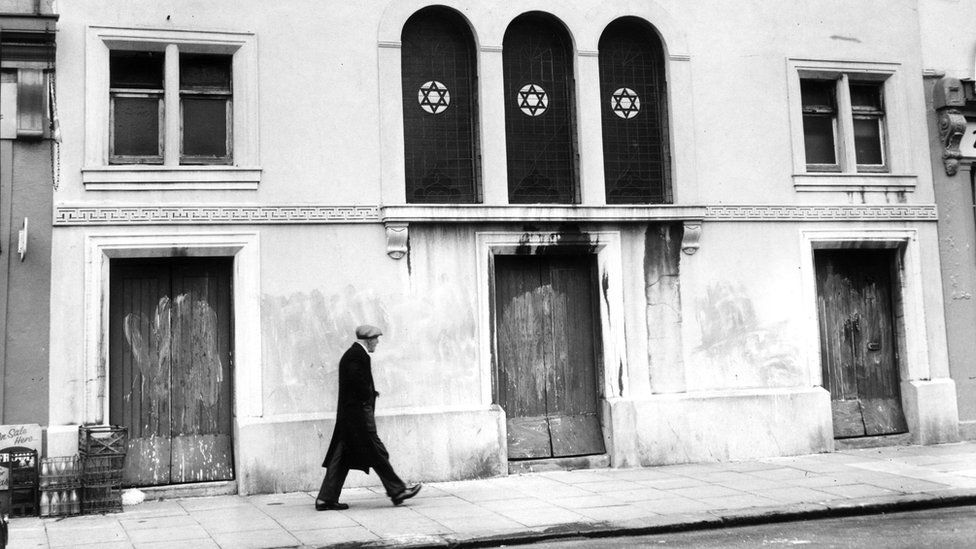 Ken Livingstone has been suspended by the Labour party and is being investigated for "bringing the party into disrepute".

It's because of comments he made about Adolf Hitler while defending Labour MP Naz Shah.

She has been accused of anti-Semitism over posts she made about Israel on social media.

Another Labour MP, John Mann, is also in trouble after calling Mr Livingstone a "Nazi apologist".

Here are some of the words being used and what they mean. 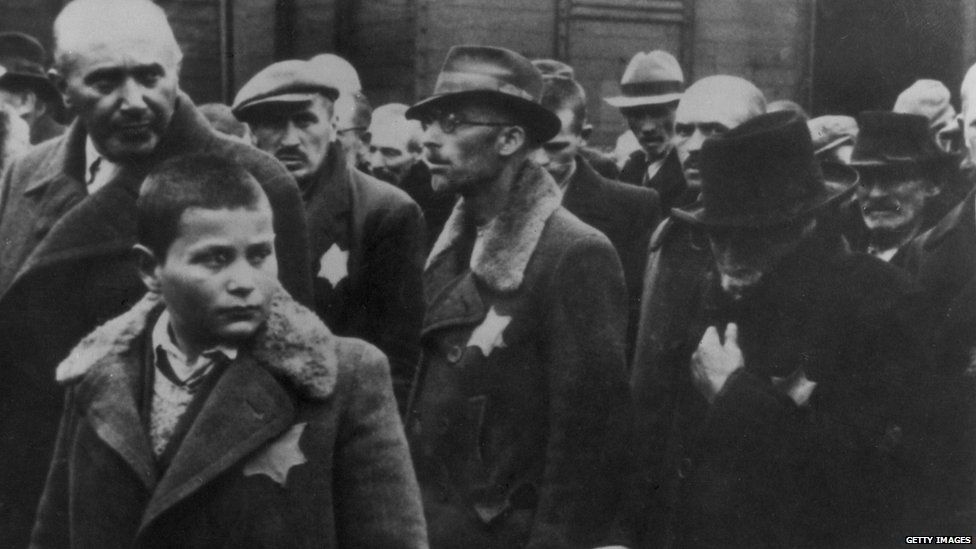 Lots of people in the UK follow different faiths and religions.

However, some religious groups are targeted because of their beliefs, including the Jewish community.

Prejudice against Jewish people is known as anti-Semitism and dates back hundreds of years.

Sometimes people with different viewpoints about Israel will disagree over whether certain comments or opinions are anti-Semitic or not.

The courts accept that along with Judaism being a religious faith, Jewish people are also an ethnic group.

"Jewish people may report such crimes as racially or religiously motivated, even when the victim is secular [not religious] or does not have links with Israel," states guidance published by the College of Police. 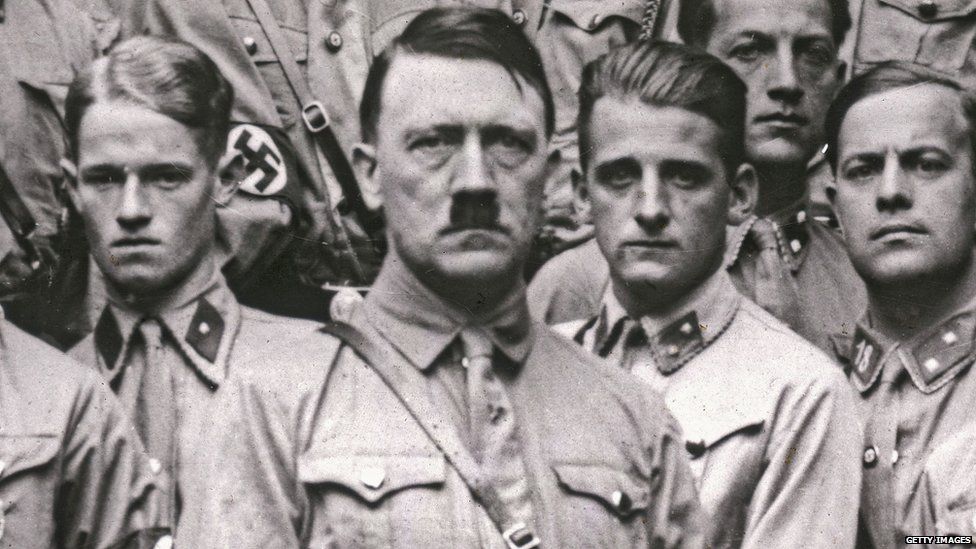 Adolf Hitler rose to power in Germany in the late 1920s and early 1930s, as leader of the Nazi party.

Germany had suffered economic collapse after World War One and the Nazis ran a campaign of propaganda, blaming a variety of different groups, including Jewish people. 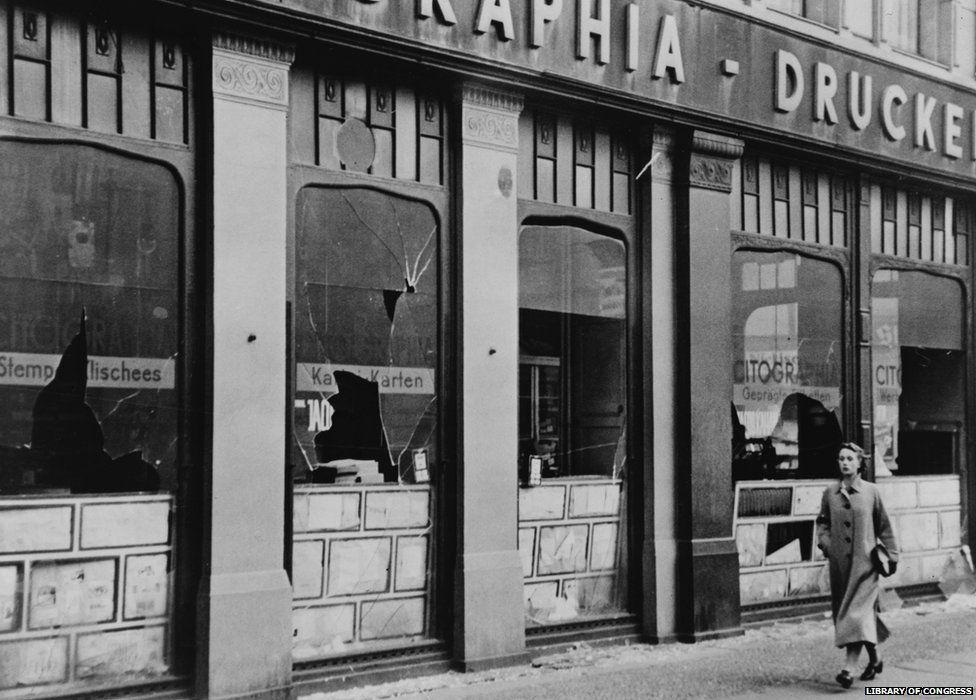 Image caption On 9 and 10 November 1938, in a night known as 'Kristallnacht', Nazis vandalised Jewish homes, schools and businesses and killed close to 100 Jewish people

Throughout the 1930s, different policies were put in place to attack Jewish people, including boycotting their businesses, stopping Jewish children attending school and denying them citizenship.

After World War Two broke out, the persecution increased resulting in what would became known as the "Final Solution".

Millions of Jewish people were taken to camps like Auschwitz, where they were put to death, typically in gas chambers.

It wasn't only Jewish people that were killed in the Holocaust. Mentally and physically disabled people, communists and gay people were also murdered. 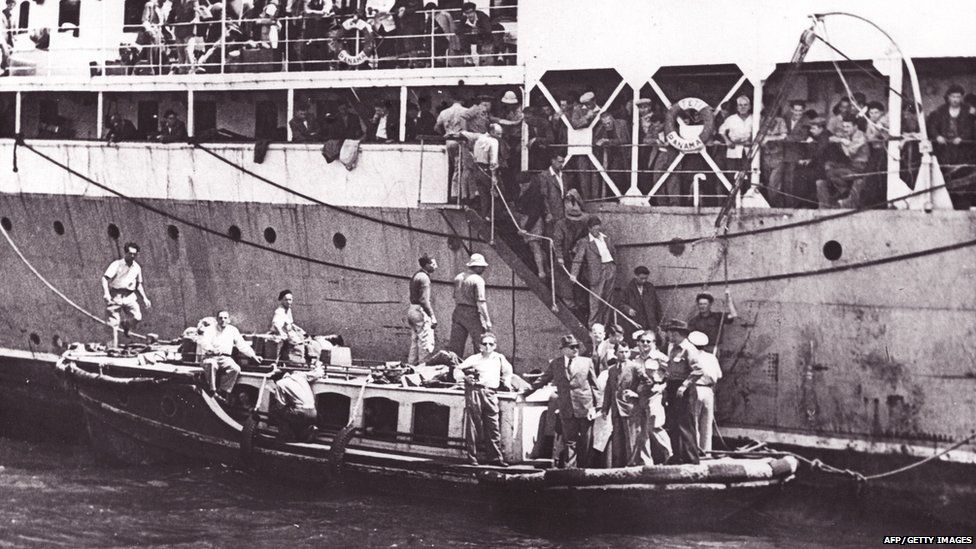 After the Holocaust, Jewish people were allocated land to settle on.

They considered the region of Israel their homeland. However, many of the Arab people who were already living in Palestine and the surrounding areas found it unfair.

Typically those who identify as part of the Zionist movement believe in the protection and development of Israel as the Jewish nation.

Not all Jewish people agree with Zionism.

The ongoing conflict between Israel and Palestine in the Middle East is complex. 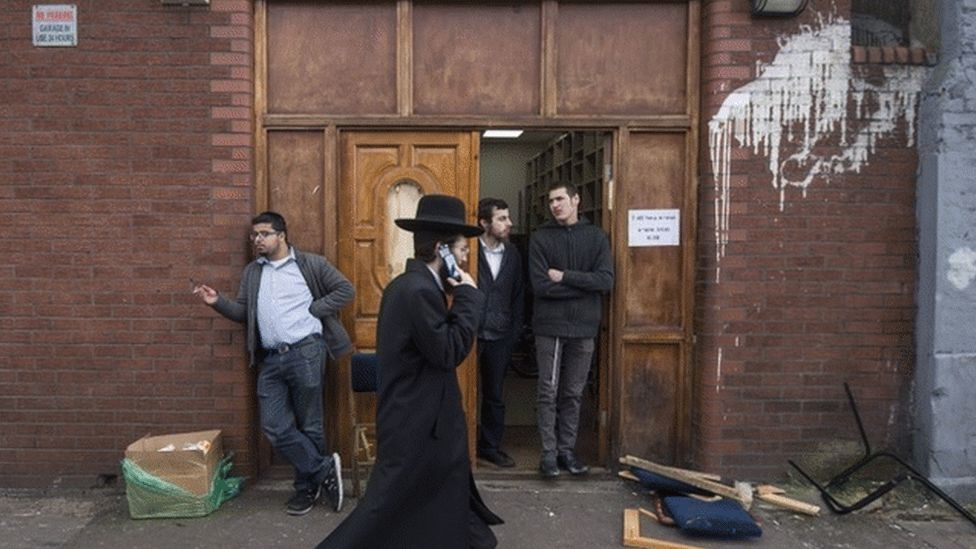 Image caption The aftermath of an attack on a synagogue in Stamford Hill, north London

Anti-Semitism in the UK

There were 924 anti-Semitic incidents reported to the Community Security Trust, a charity which protects British Jews, in 2015.

Of these, 86 involved some form of violence, four of which were classified as extremely violent (involving grievous bodily harm or a threat to life).

The organisation says the "motives of offenders" vary and can include "far-right beliefs," affiliation with Neo-Nazi groups or "anti-Israel" sentiment.

The persecution of Jews is recorded as far back as the pogroms before the First Crusade in 1096 and the expulsion of Jews from England in 1290.

Read more about anti-Semitism and anti-Zionism.