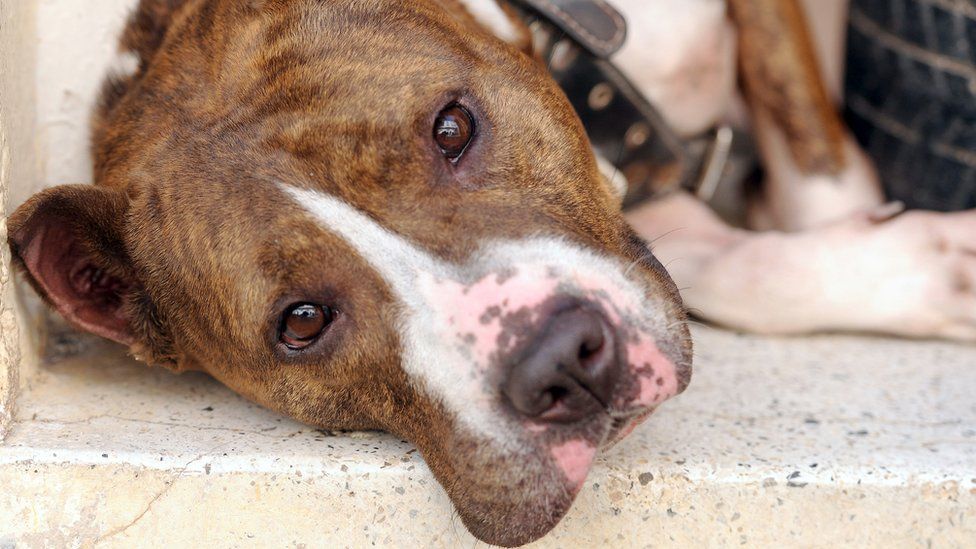 Nearly 5,000 dogs have been seized by the police in the last three years because they're suspected of being a banned breed.

The RSPCA says there's no proper evidence that one breed is more aggressive than another.

But the argument around dangerous dogs isn't a new one.

Dogs through the ages

The Romans used dogs as "weapons" as well as sentries and on patrols but also kept them as pets. 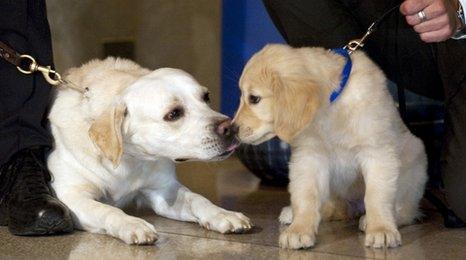 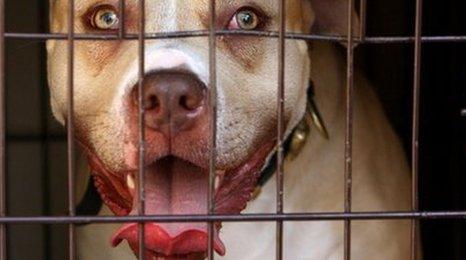 According to some historians, there were even dog laws introduced, and there are stories going back to around the mid-seventh century BC of dogs being used in battle. 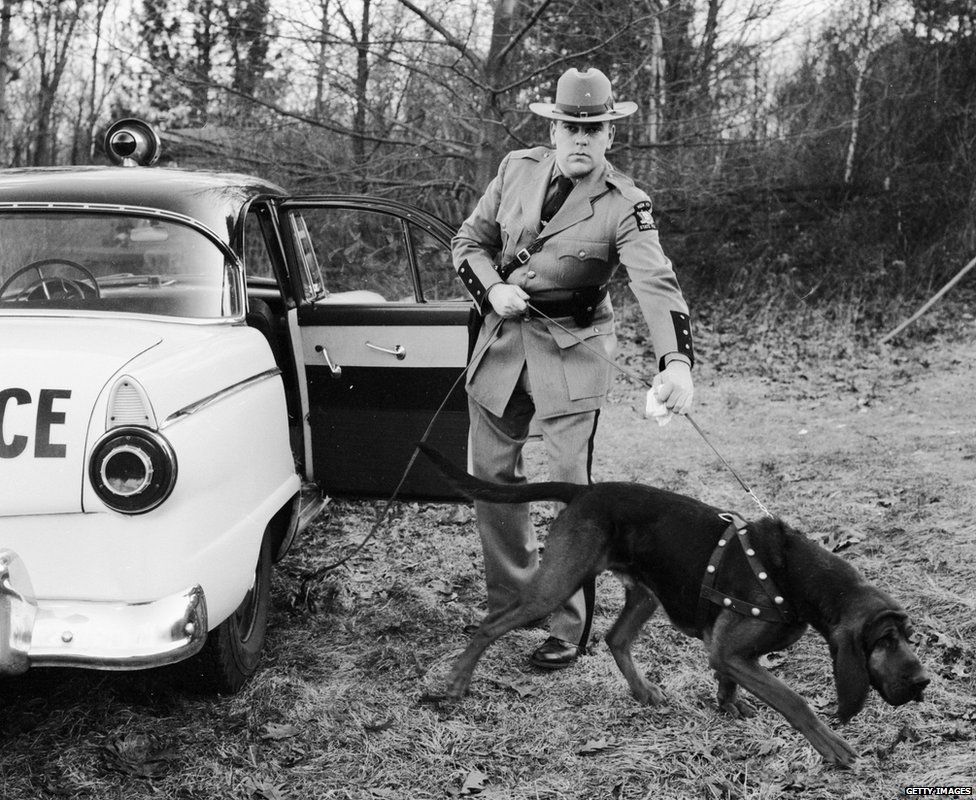 Scroll forward to America in the 19th Century and it was bloodhounds which were the first dogs to get a bad press.

They were criticised partly because they were used to hunt escaped slaves and criminals.

Through to the last century it was the turn of the dobermans to get a bad rep.

Dobermans were introduced into the UK and America from Germany in the early 1900s and gained a reputation as trustworthy guard dogs and status symbols. 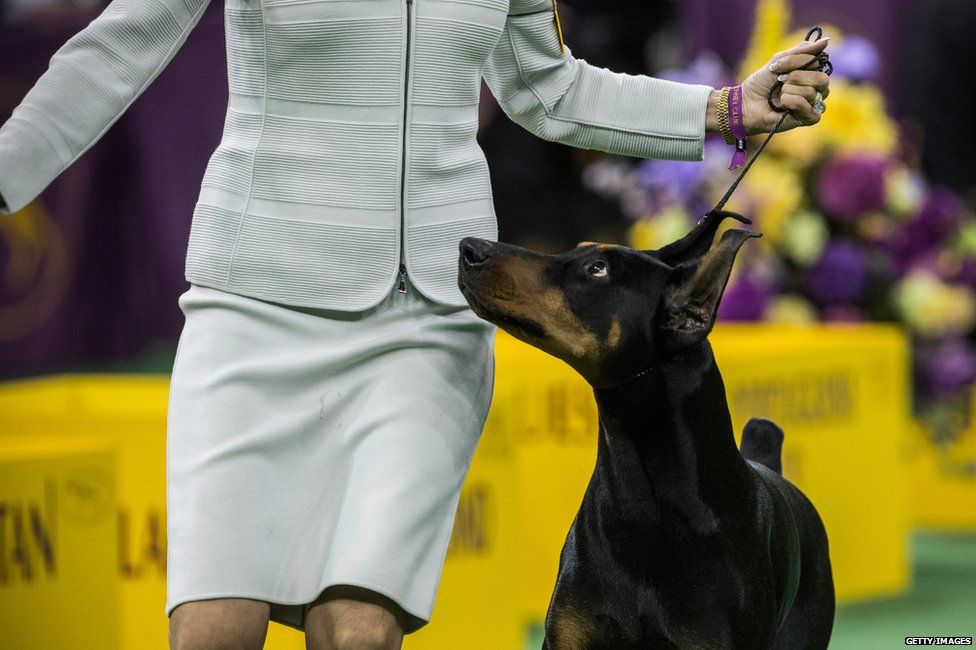 But World War Two changed their image as many were photographed with Nazi officers at concentration camps.

After the war they became increasingly unpopular and were portrayed in films and in the media as "demon dogs" despite their intelligence and loyalty to their owner.

Alsatians were often used by the SS in Nazi Germany to scare people. 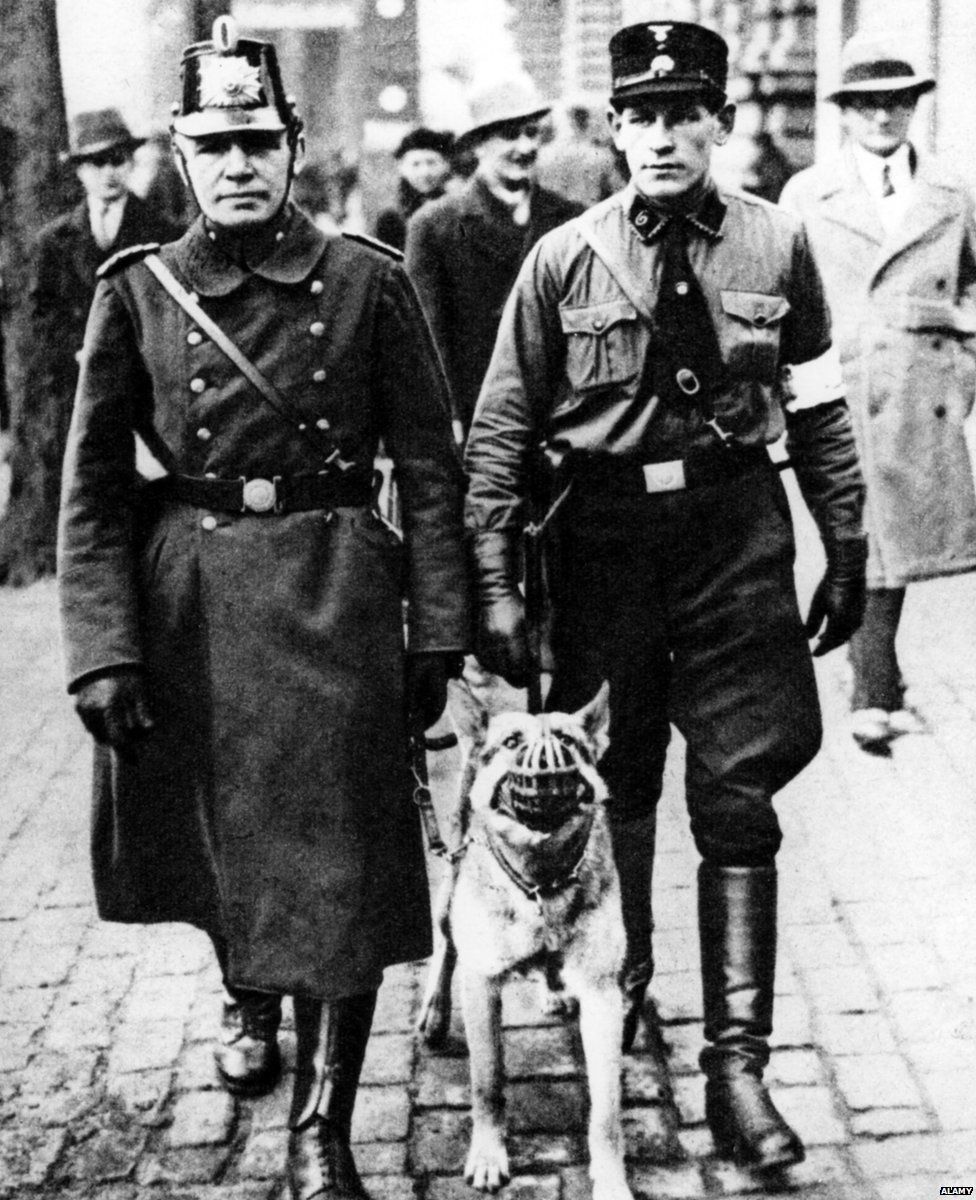 Rottweilers, a favourite for guarding property, also suffered a similar fate after the war. 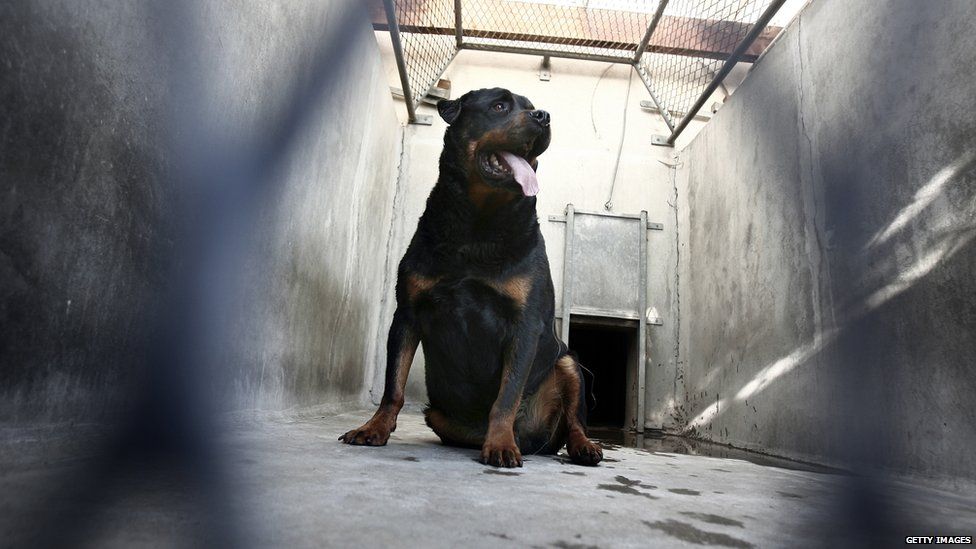 Pit bull dogs had originally been bred in the 1800s for use in blood sports such as bull baiting, bear baiting and cock fighting.

When bull baiting was banned in 1835, breeders started dog fighting.

In the 1960s in America a different urban trend began to take shape. 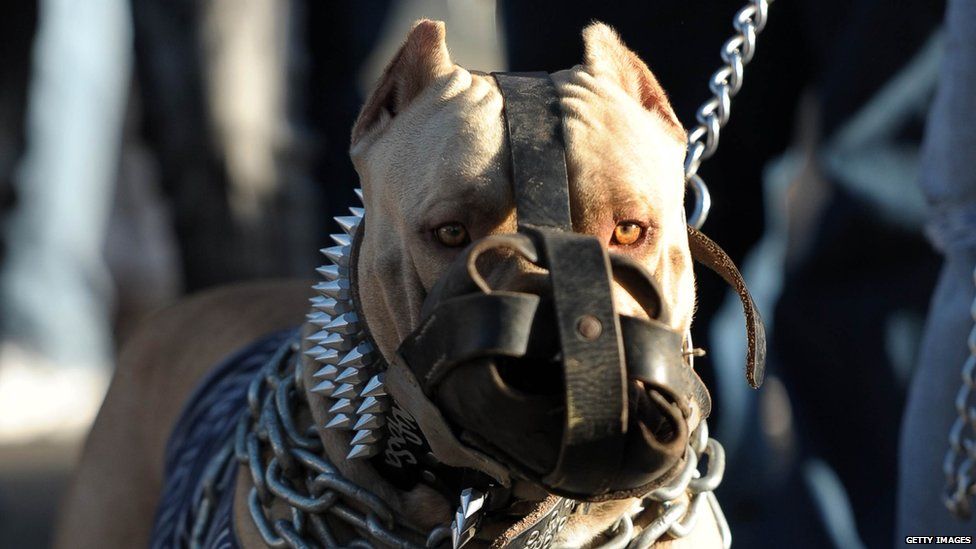 They weren't the biggest animals, and were therefore easier to handle than some other bigger breeds, and were bred not to bite their handlers - mainly at dog fights.

Pit bull types that bit their masters were often put down immediately.

That trend made its way to the UK, where pit bull type dogs took on the same role for many inner-city British gangs.

Before the 1980s there were far fewer deaths reported from dog attacks but that decade was a key era in the public perception that breeds like pit bulls were dangerous.

In 1987 in California, a pit bull guarding a marijuana crop mauled and killed a two-and-a-half year-old boy.

Sports Illustrated Magazine ran this front cover showing a picture of a snarling animal with the headline - "Beware of this dog". 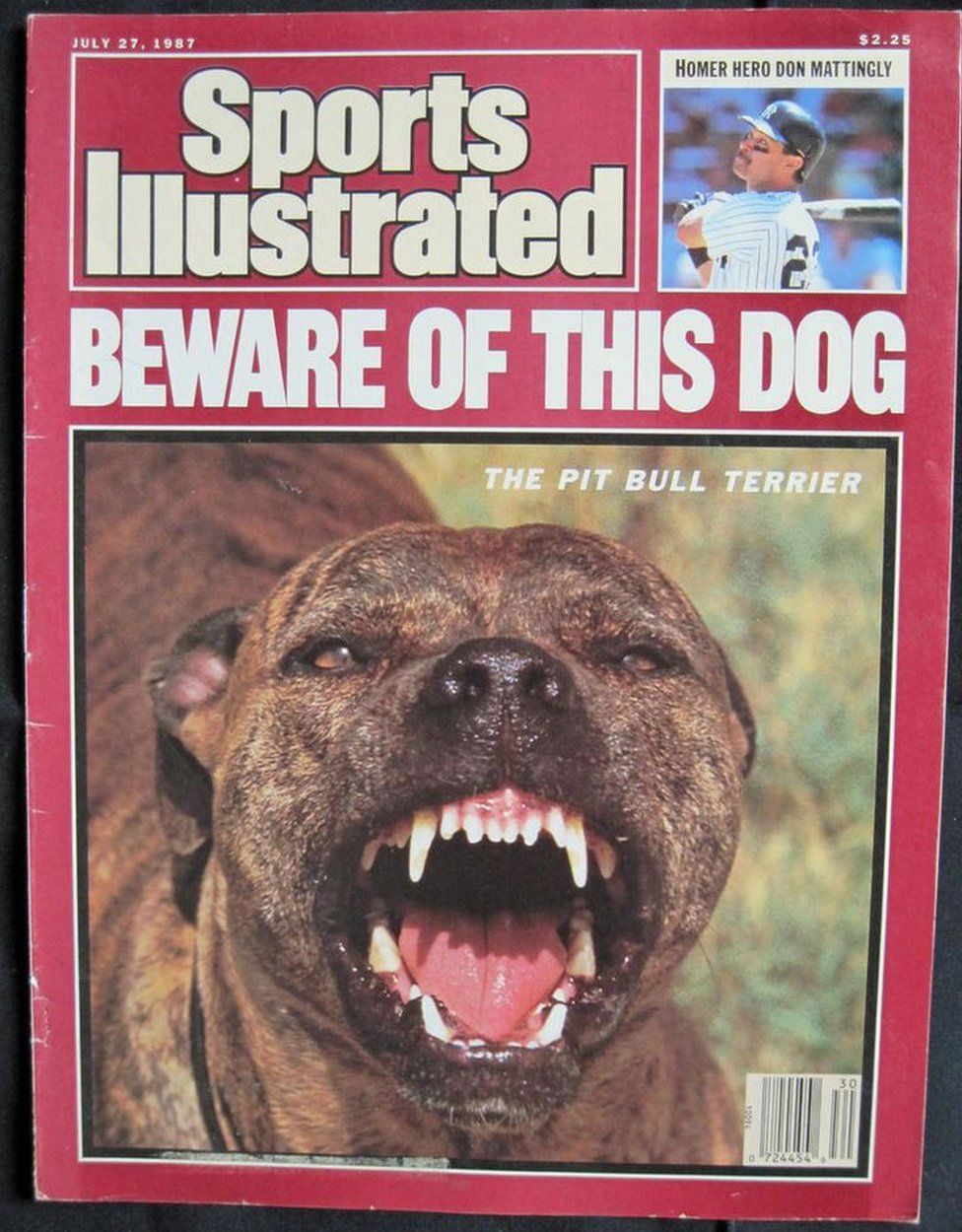 Many states in America then started introducing laws banning certain "dangerous breeds", many of which had been known as family dogs several decades earlier.

In 1991 the Dangerous Dogs Act was introduced in the UK after six-year-old Rucksana Khan was badly injured and a number of other dog attacks were raised in parliament. 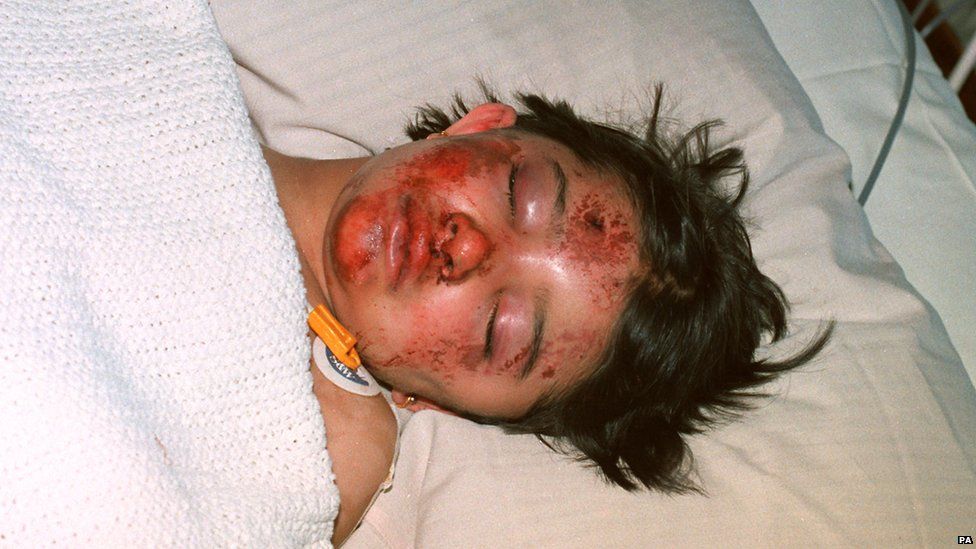 Rucksana had been playing in a park near her home in Bradford when she was mauled by a pit bull terrier and taken to hospital.

Four breeds - the pit bull terrier, Japanese Tosa, Dogo Argentino and the Fila Brasileiro - were banned in England and Wales. 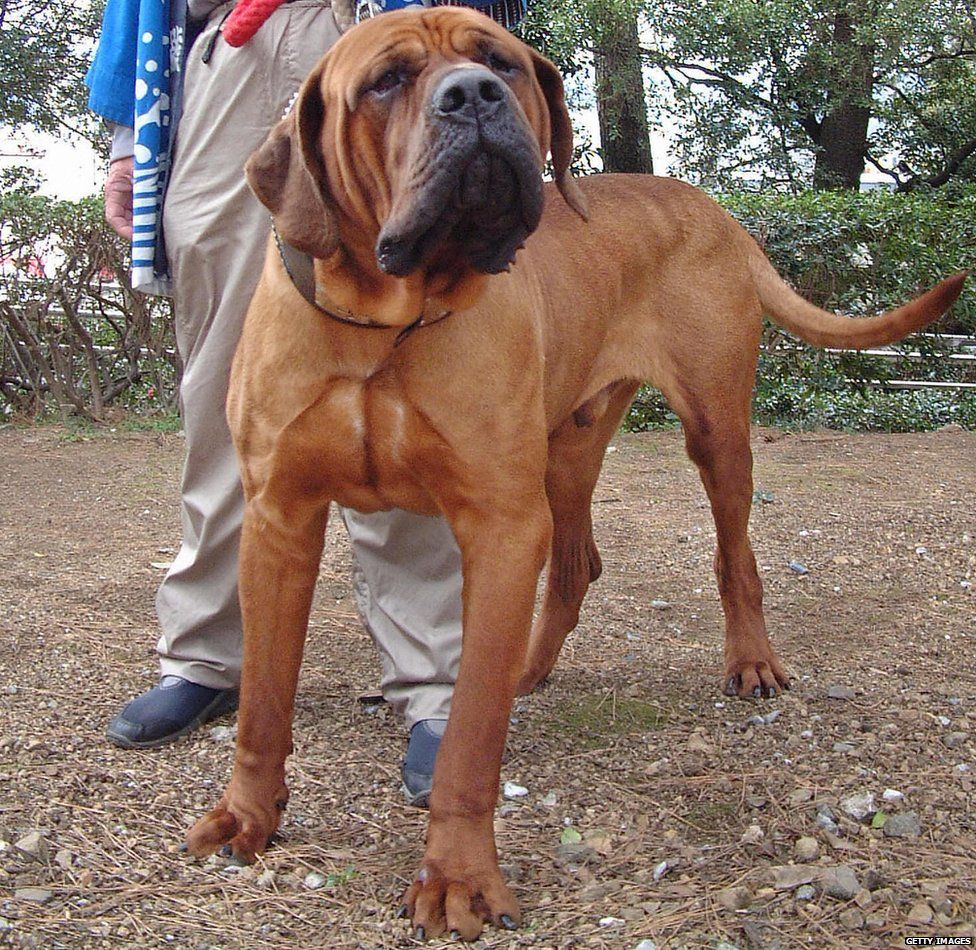 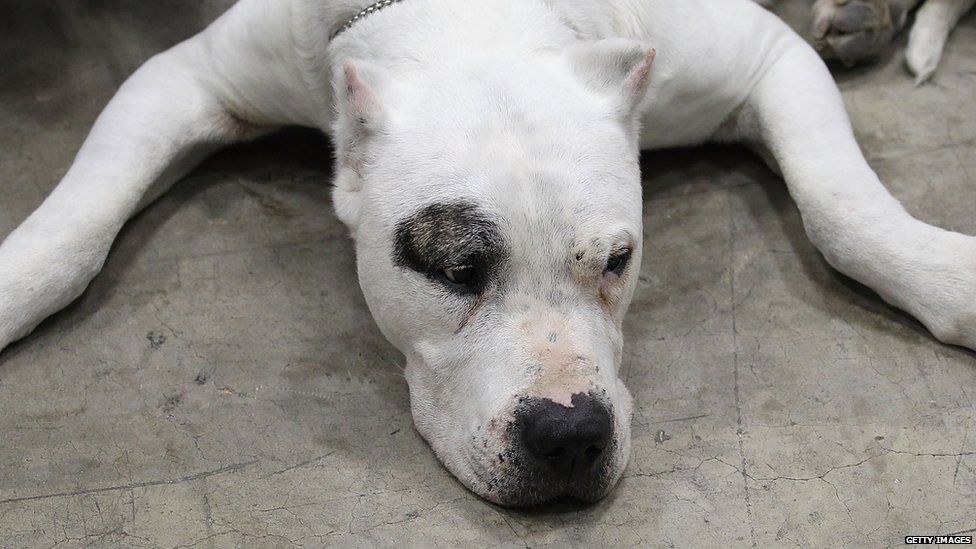 Scotland and Northern Ireland have a system of dog control notices.

Owners now face harsher sentencing if their pet is responsible for an attack in England and Wales. 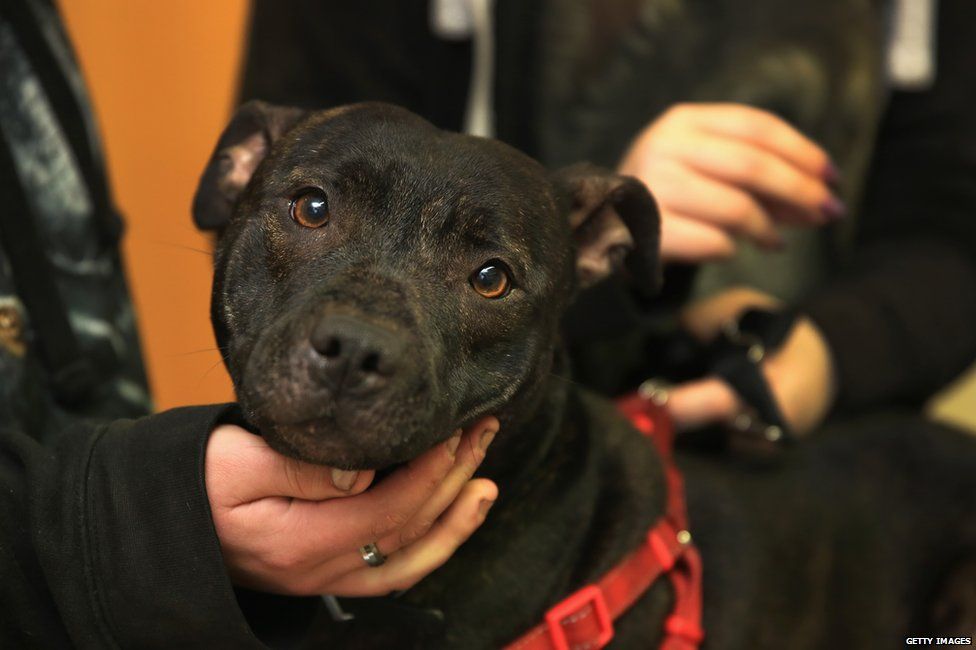 But the RSPCA wants the Dangerous Dogs Act to be changed so dogs are banned for their behaviour, rather than their breed.

The government said the ban on certain breeds was "crucial", but said any dog can become dangerous with bad owners.

Dog laws around the world

Pit bull type dogs are now banned in many countries around the world.

In Ireland, a number of different breeds such as the English bull terrier, Staffordshire bull terrier, bull mastiff, doberman pinscher, German shepherd (alsatian), Rhodesian ridgeback, rottweiler, Japanese akita and the Japanese Tosa have to be kept on leads by an over-16, must bear the owner's name and address on their collar and must be muzzled in public. 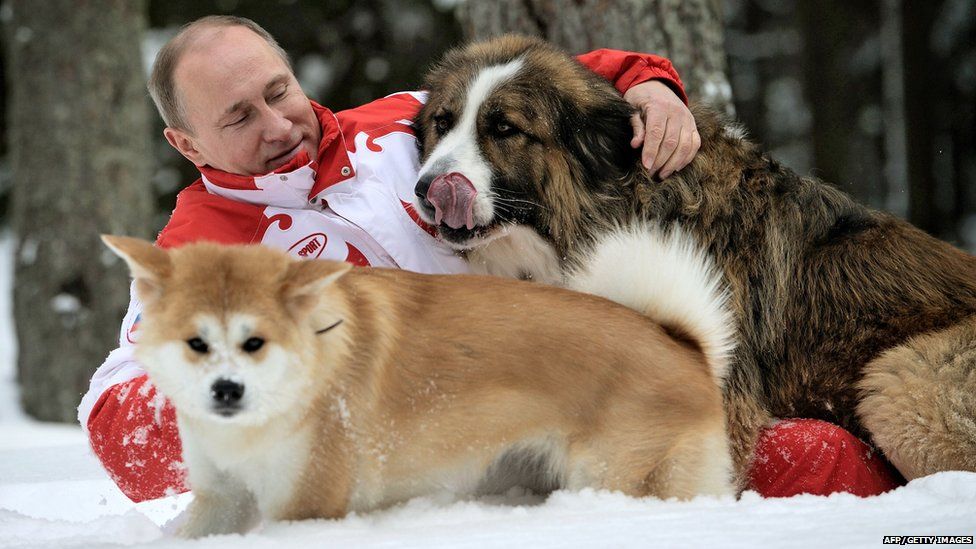 In America different states are allowed to bring in their own laws.

In Australia dangerous dogs must wear a different coloured collar with yellow and red stripes and their owners have to put up signs warning people they have a certain breed in their house.