The Tattoo Fixers cover-up row that won't go away 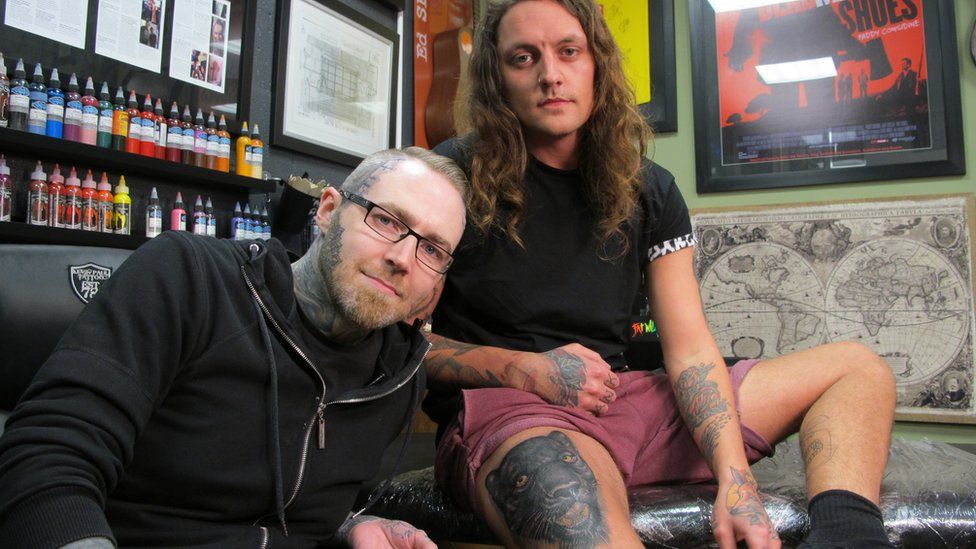 Tattoo Fixers is at the centre of a row over the quality of work of some of the tattoo artists on the show.

Newsbeat's been speaking to people who are unhappy with work done on the E4 show, where tattooists cover up embarrassing work.

Tattoo artist for Ed Sheeran, Kevin Paul, said: "It's not fixing. They're adding to people's problems."

The production company behind the programme say "we vehemently refute all of his continued allegations".

Video caption "You can see Jim's fringe popping through across the top of it and it's got a pink beard."

"His views are not shared by the many people who have been delighted to take part in the programme and the millions of viewers who watch it.

"We consider his campaign not only defamatory but damaging to the tattoo industry as a whole."

The final episode of series two was shown at the end of March and producers are currently advertising for people to take part in its next series.

Newsbeat spent the day with Danny Head, who was in the first series, and had an image of Jim Carrey's face covered up with the head of a panther. 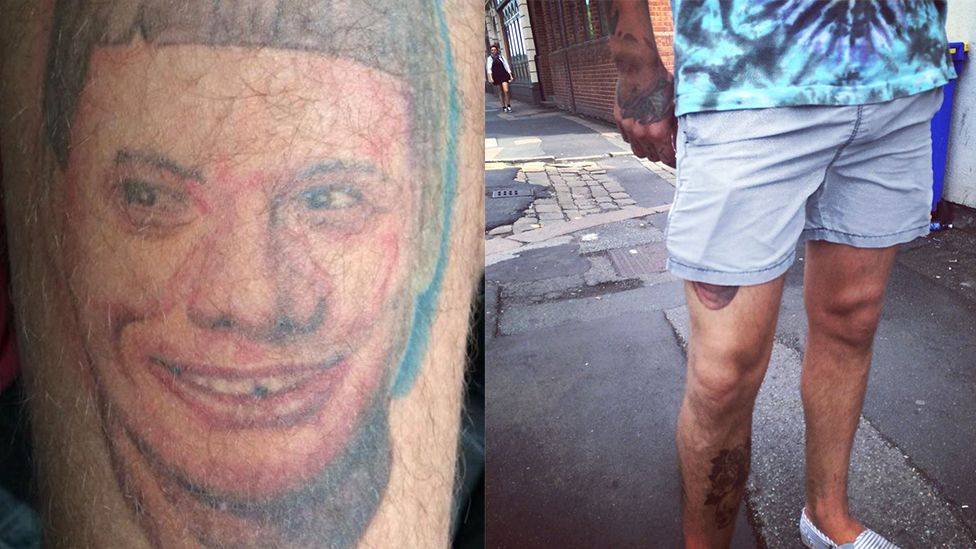 Image caption Danny Head's tattoos before he had any cover up work done. He wasn't happy how it looked in shorts

He wasn't pleased with the outcome.

"You can see Jim's fringe popping through and it's got a pink beard.

"When they sell a programme on having the top three UK artists I expected something better."

He was so unhappy he met up with Kevin Paul, famed for tattooing members of One Direction and Ed Sheeran.

He said he would re-work the panther that Danny got on the show. 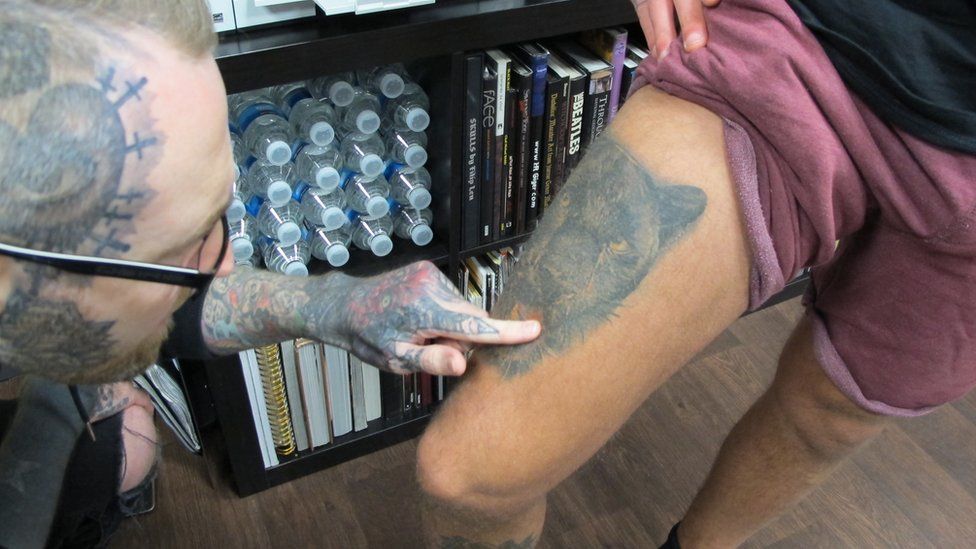 "It's a very misjudged cover-up and it's not been thought through very well," Kevin explains.

"I would not have said that it's been done by one of Britain's best and it looks 10 years old."

He is also critical of the way equipment is kept on the show.

"They don't wrap their machines properly," he claims.

"Jay, who did this tattoo, uses the same machine I use but he doesn't cover the machine with a wrap.

"My machine is fully wrapped up so nothing is contaminated by blood or cross-infection."

Studio Lambert denied claims that it didn't take health and safety on the show seriously.

"We refute any suggestion that the conditions on Tattoo Fixers is 'unsafe and unsanitary' as it is categorically untrue.

"The tattoo artists on the show are all professionals and we have all the necessary health and safety documentation.

"We take health and safety, as well as duty of care of our contributors, as of paramount importance." 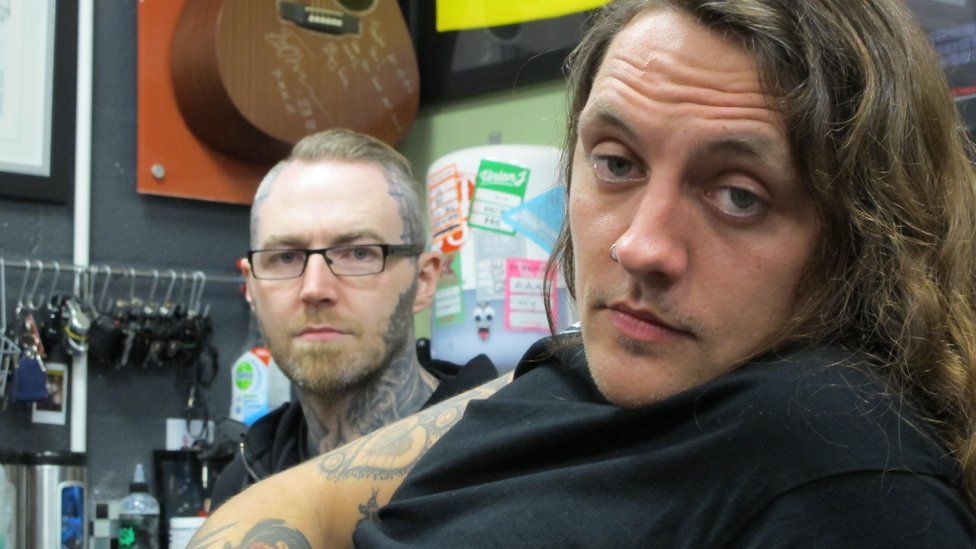 Image caption Kevin and Danny during the work on his thigh

Kevin spent four hours working on the panther and now Danny is happy with how it looks.

"I now won't be embarrassed wearing budgie smugglers on the beach." 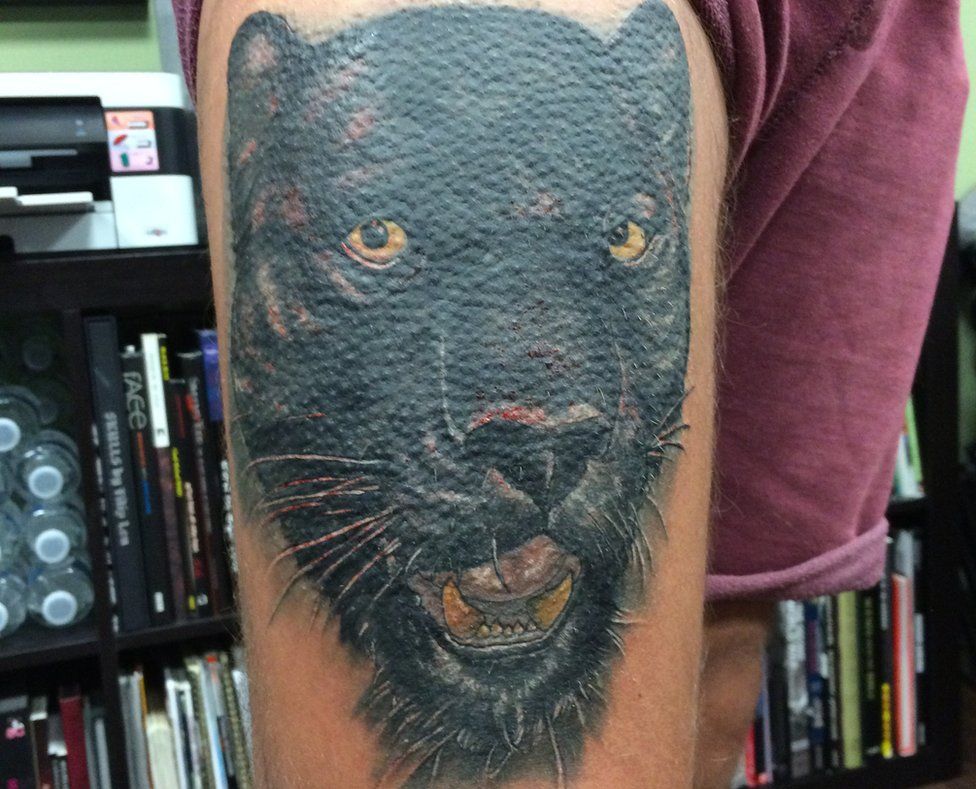 Studio Lambert, which makes the programme, says it's "very proud of the team, their artistry and professionalism".

"We pride ourselves on taking care of everyone who appears on Tattoo Fixers and we follow stringent safety regulations".

However, people who went on Tattoo Fixers were happy their experience.

Natalie Price went on to get a cat covered up with a wolf and loved the outcome. 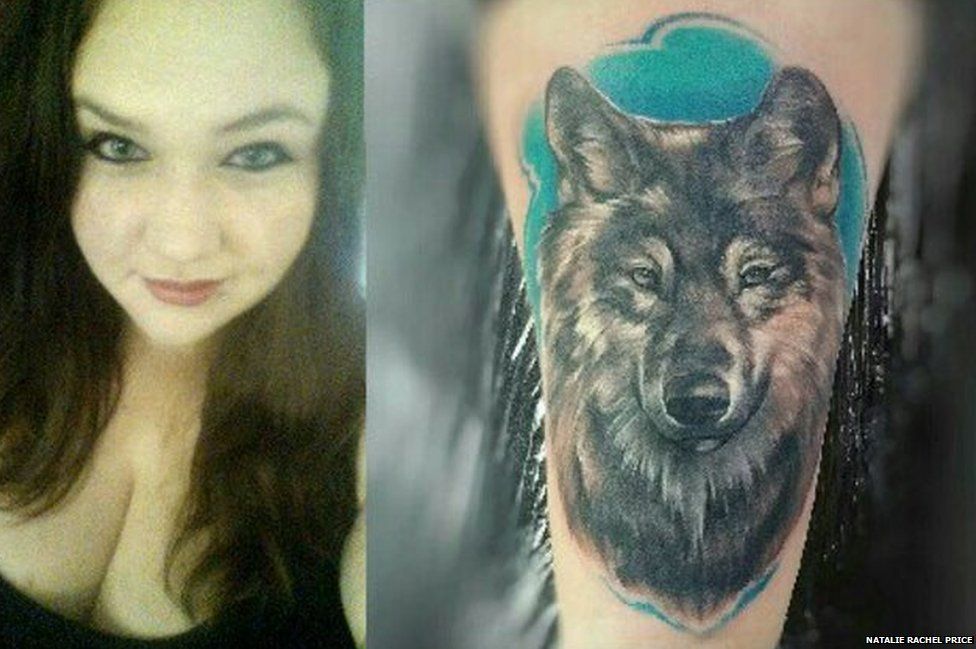 "They treated me like royalty. My experience was nothing but positive," she tells Newsbeat.

She said her old tattoo was "really rubbish" and she was embarrassed by it.

"It was completely transformed. Jay did my tattoo and I couldn't be happier with it.

"I'm constantly showing it off. It's the most gorgeous tattoo. I love it to bits."

So what's the advice if you are thinking of getting a cover up?

Alan "Rat" George is from the British Tattoo Artists' Federation and has been a professional tattoo artist for 31 years. 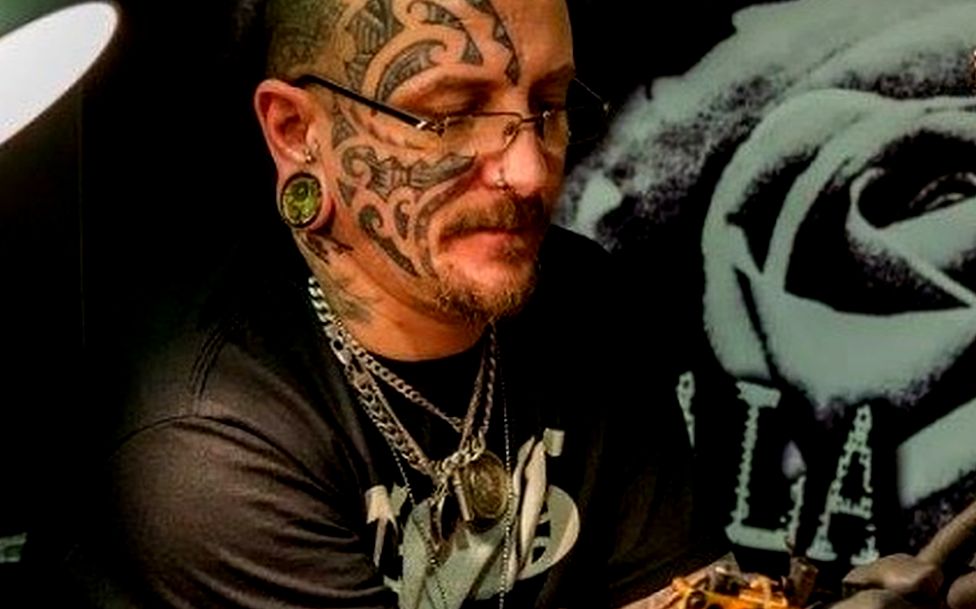 "Make sure you have an artist who is not only capable, but also happy to do the style of work that you like.

"This is particularly important with cover-ups.

"A bad one is going to leave you with something bigger and darker than you originally started out regretting and will be even more difficult to cover.