Rogue One: A Star Wars Story - the new trailer dissected and storylines revealed

So every year is going to be like this from now until at least 2020.

Just after the publicity from Star Wars: The Force Awakens has died down, we have a new spin-off film to whet our appetites until Christmas.

The trailer for Rogue One: A Star Wars Story is out and we now know plenty more about what'll happen in the movie. 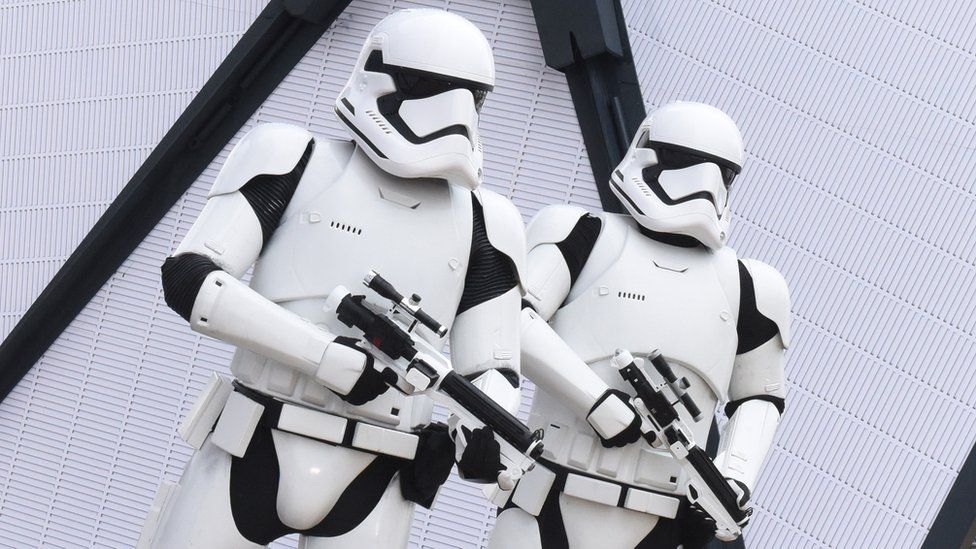 Behind the scenes of Star Wars: Episode VII 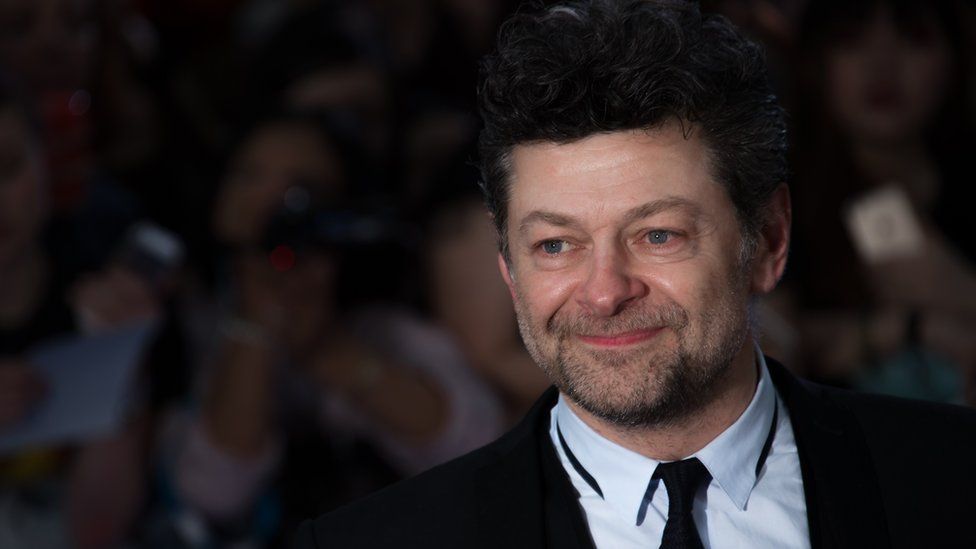 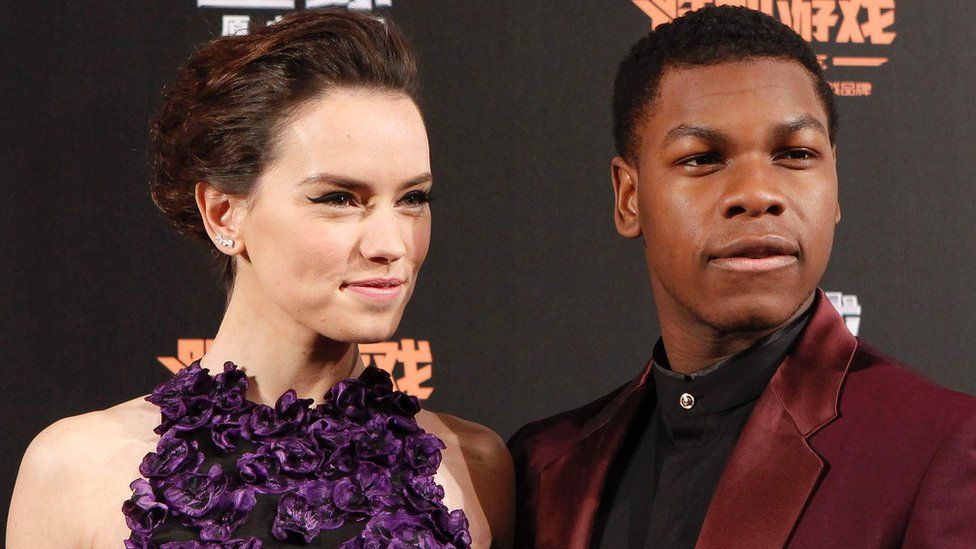 The young rebel is played by...

...Felicity Jones (The Theory of Everything, The Amazing Spider-Man 2).

She plays Jyn Erso and she's - a rebel. And she's got quite the rap sheet. 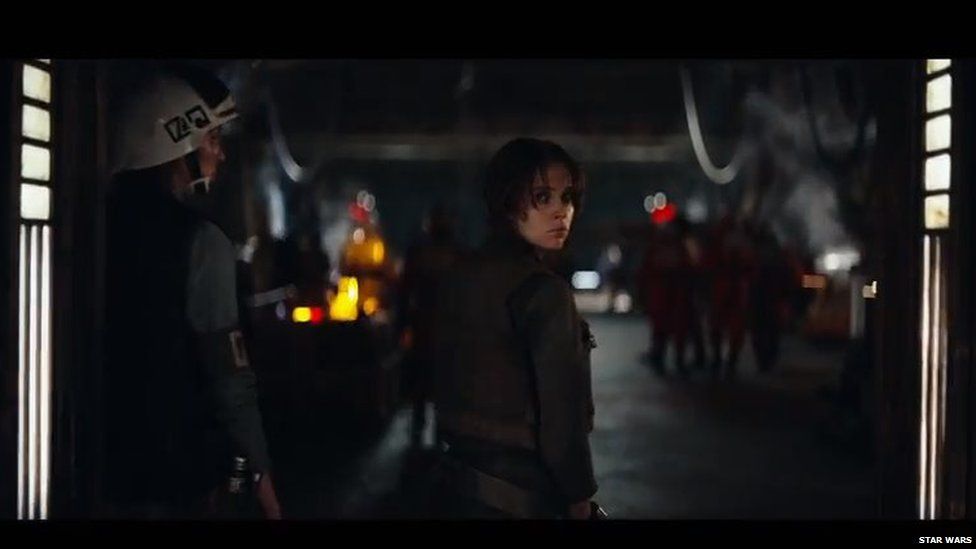 She's taken before the council and given a special mission. 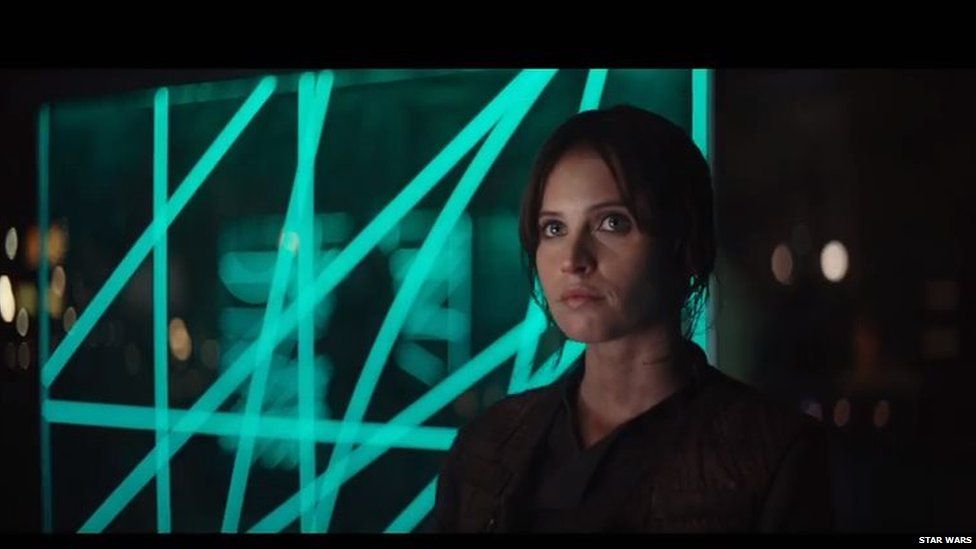 Then there's the return of Mon Mothma

Rebellion leaders, including general Mon Mothma (who appeared in Return of the Jedi and prequel Revenge of the Sith), have a stern chat with her. 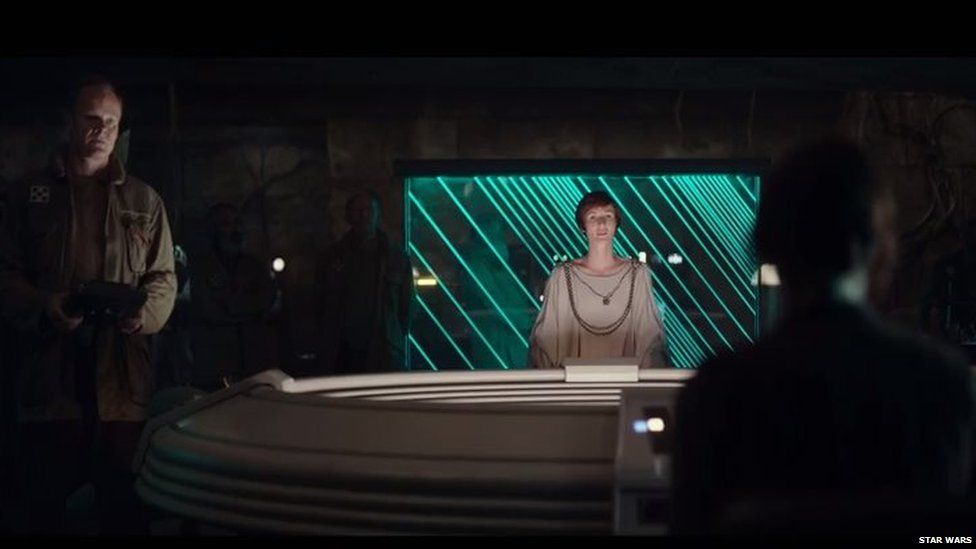 They tell her: "On your own from the age of 15, reckless, aggressive, and undisciplined." 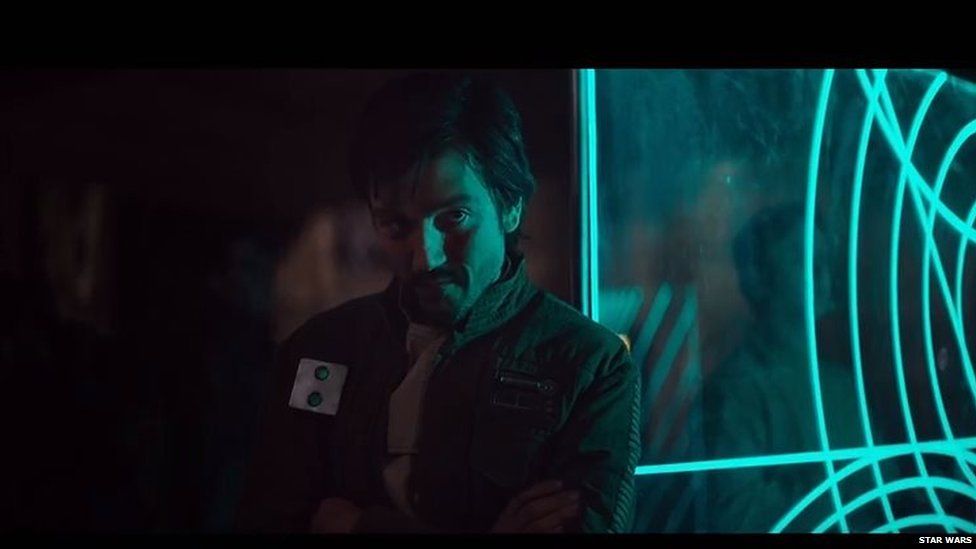 She tells them: "This is a rebellion, isn't it? I rebel."

So she's given a secret mission... 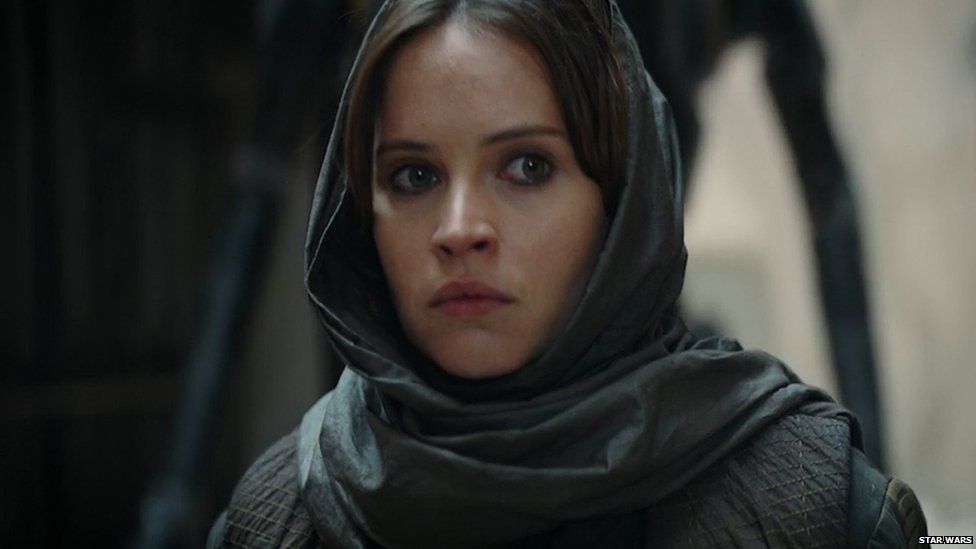 She's asked to join a mission to steal the plans for the Death Star, the planet-destroying weapon of the evil Empire. 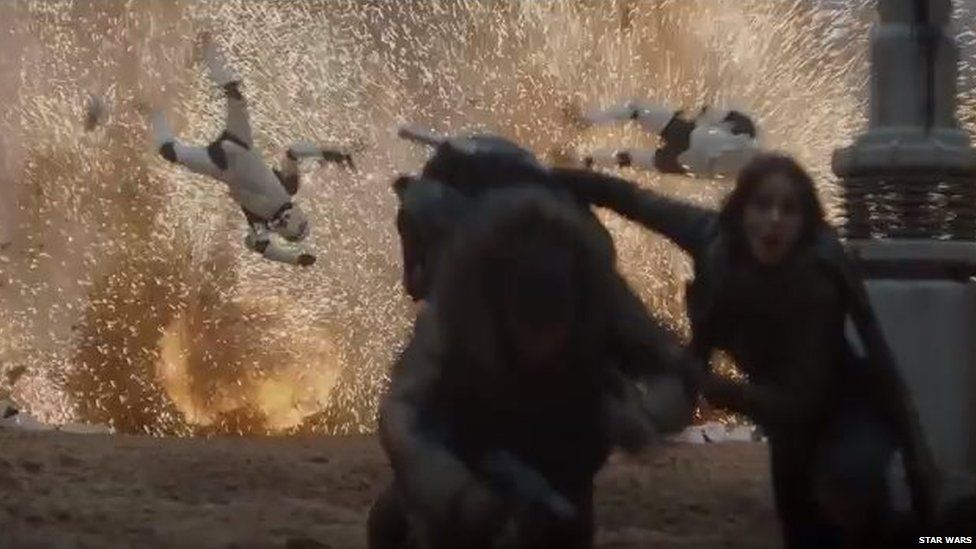 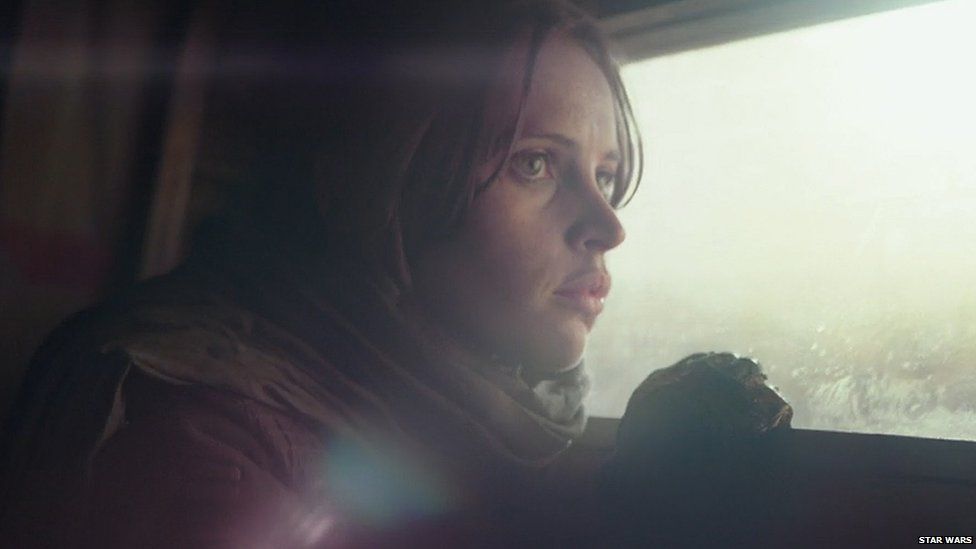 Image caption She's then shown travelling to a rebel base before her mission... 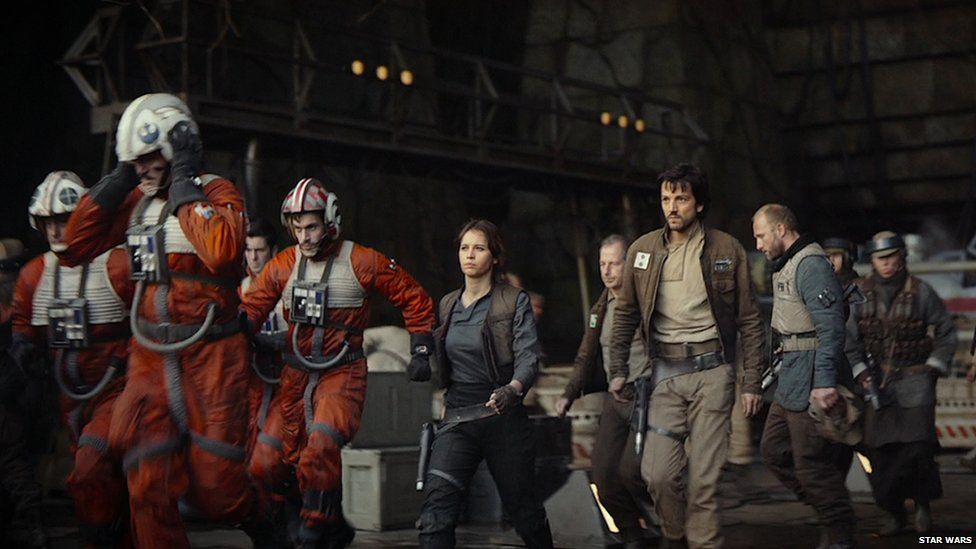 Image caption ...before setting off with that hunky rebellion fighter pilot

There's the return of Star Destroyers and the Death Star 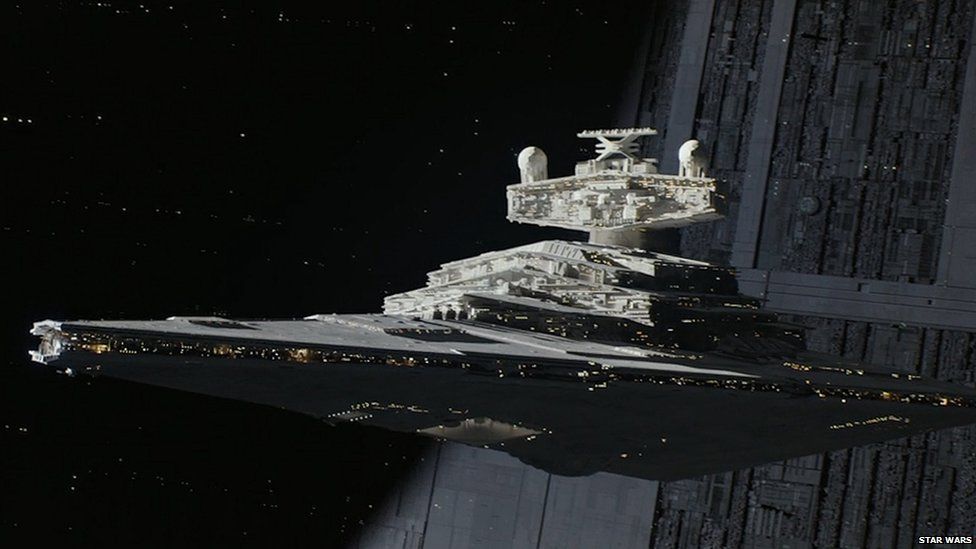 Image caption This is one of 26,000 Star Destroyers in the Galactic Empire 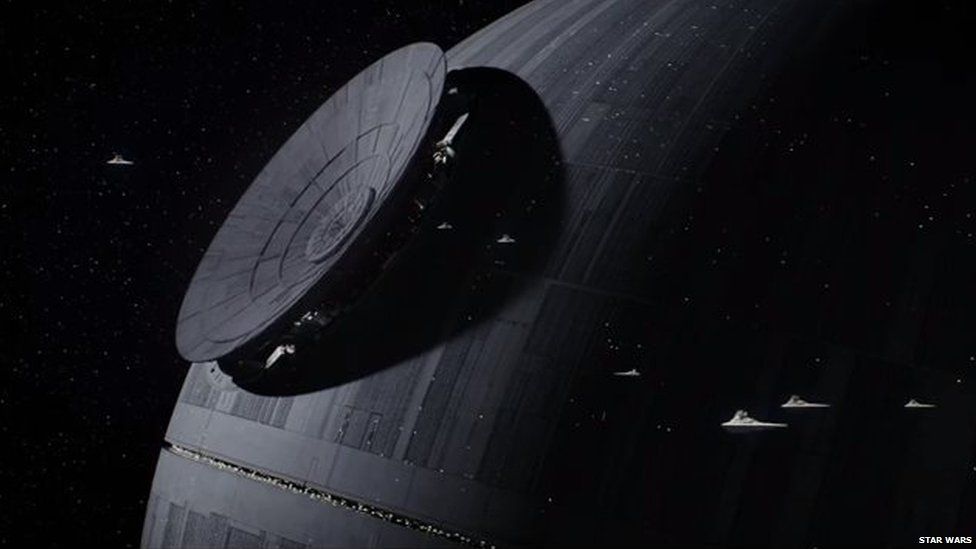 Image caption ...and here's the Death Star before it all goes wrong - complete with those emergency noises! 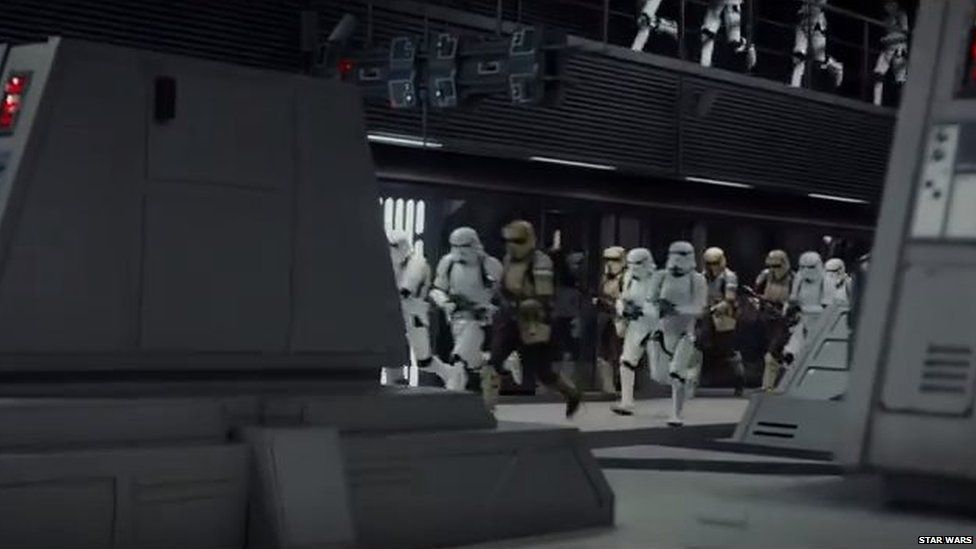 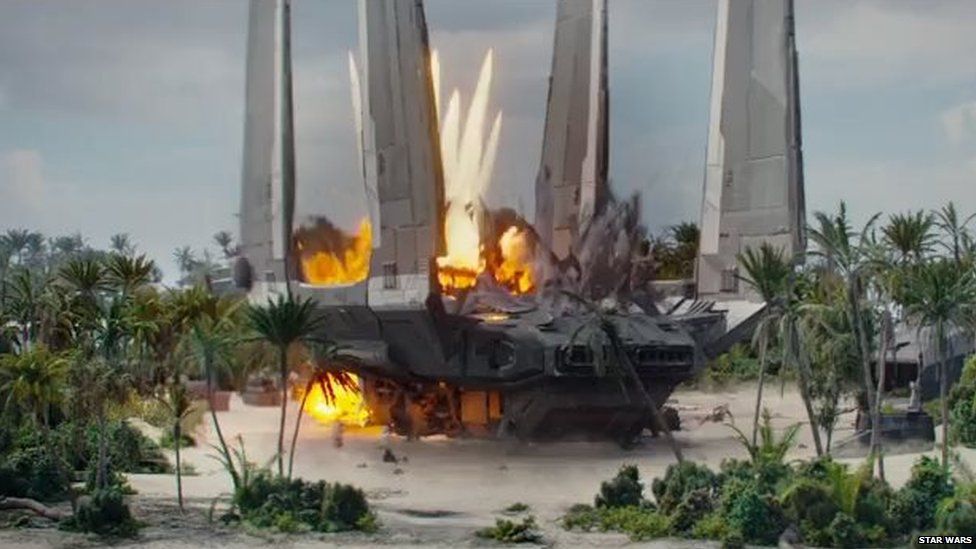 Image caption Another Imperial ship gets blown up - doh

Jyn Erso is told about an imminent "major weapons test", and asked to join the effort to find out what it is and how to destroy it.

There are lots of other new characters

Here's a mysterious Imperial commander - who'll obviously be killed by Darth Vader after he fails.

There's chatter online that he may be a young Wilhuff Tarkin - the Governor of the Outer Rim who blew up Alderaan with the Death Star. 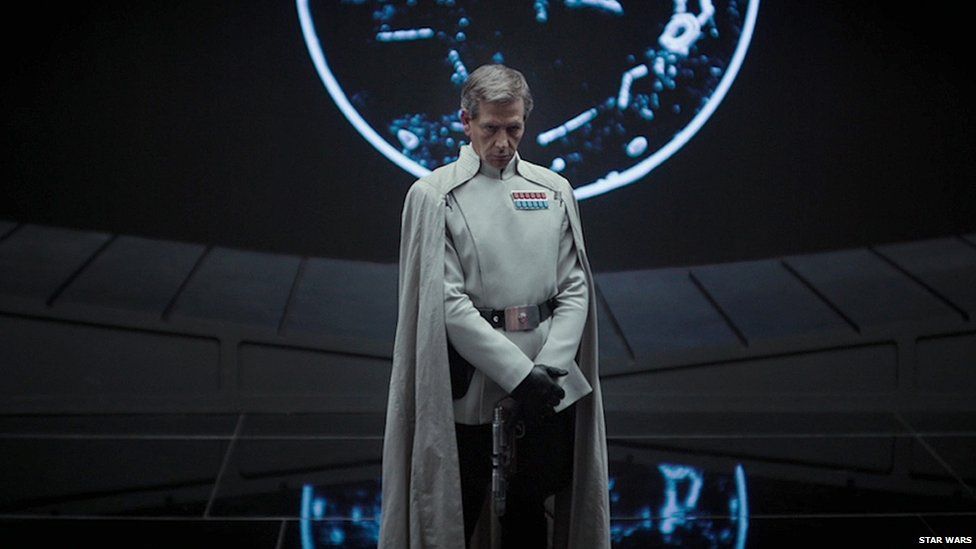 There are Stormtroopers in darker outfits - maybe to go with the silver outfit of Phasma. 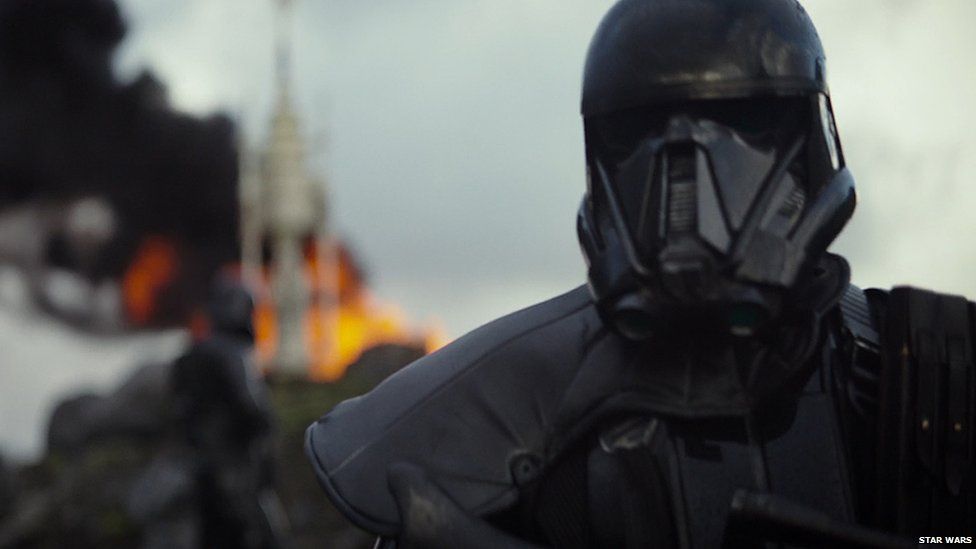 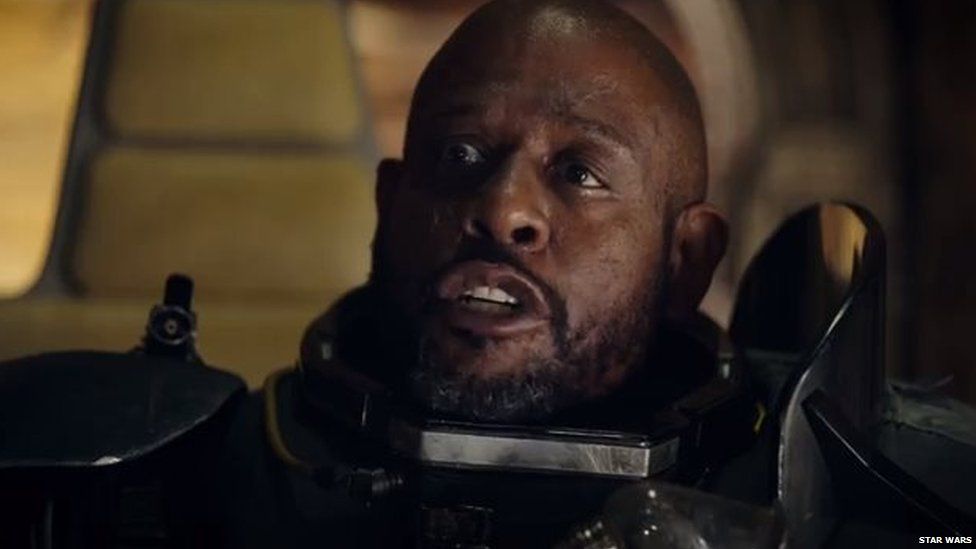 Then there's this martial arts expert (Donnie Yen) who takes Stormtroopers down with his big stick... 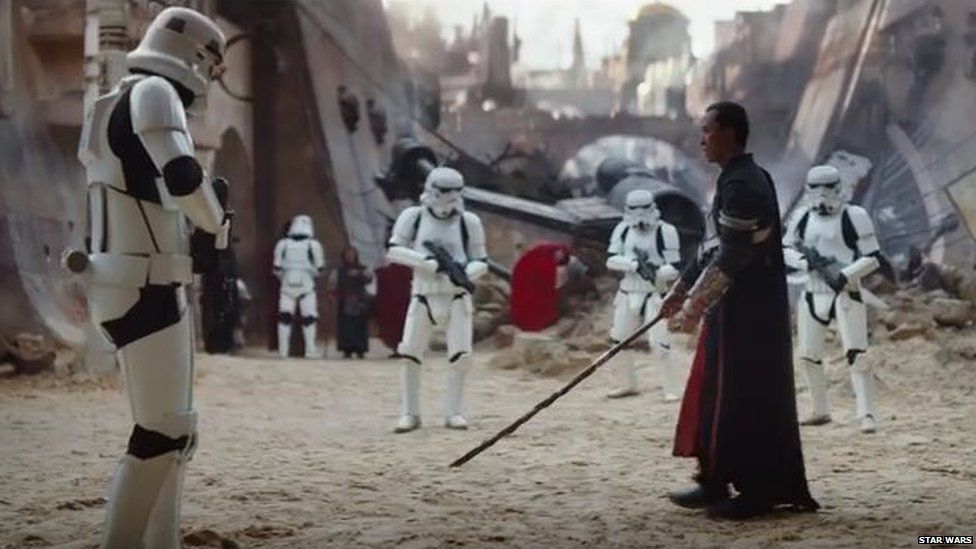 And there may be one familiar face - with the Emperor's Guard in the background... 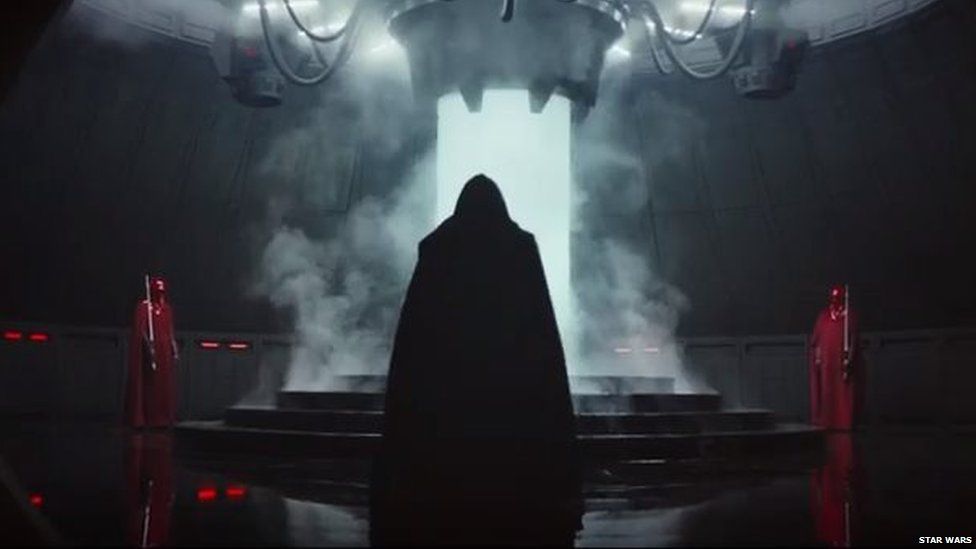 Image caption Is this Darth Vader kneeling for his master, the Emperor?

It's not good if you're caught

Rebellion fighters are shown in chains... 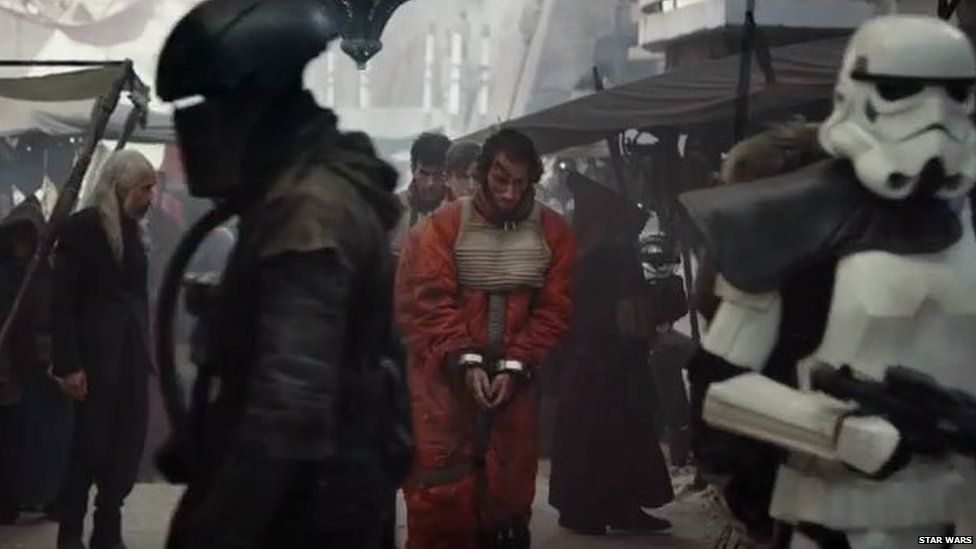 Bit it looks like Jyn Erso has got herself a job as a TIE fighter pilot. Note the Galactic Empire symbol on her arm. 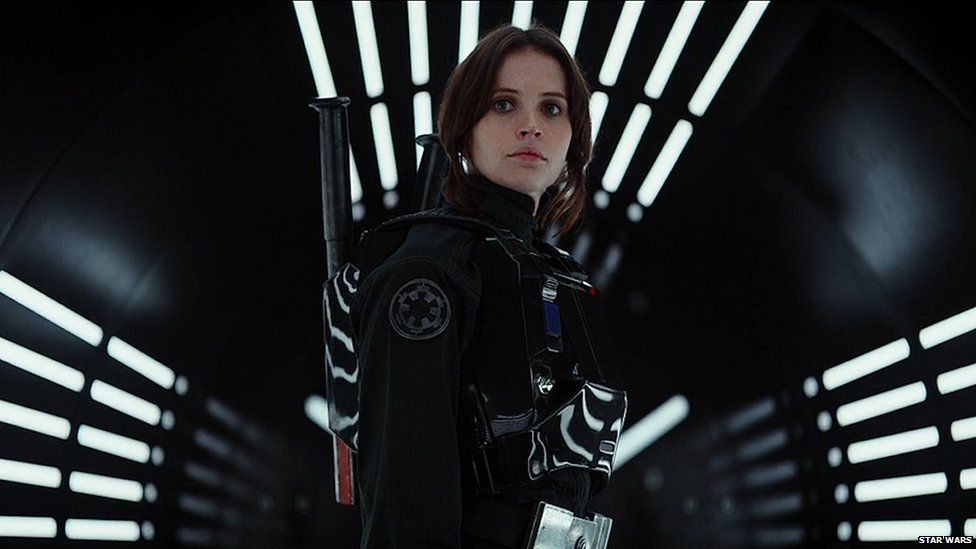 And there are also AT-AT's about 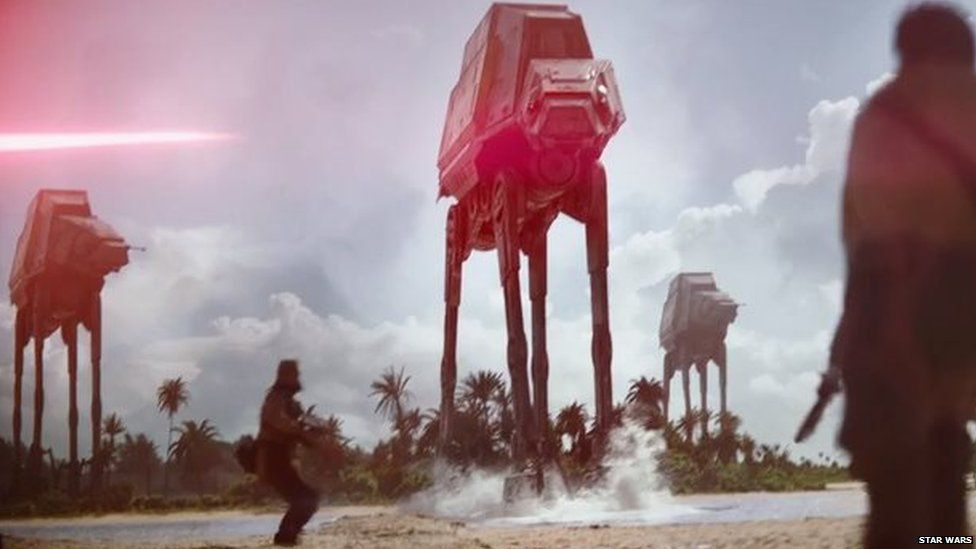 Rogue One provides a back-story to the first scenes of 1977's Star Wars: Episode IV - A New Hope.

Princess Leia is seen concealing the plans for the Death Star in the droid R2-D2 before she is captured by the Galactic Empire.