Taylor Swift thanks boyfriend Calvin Harris for 'being amazing' at awards 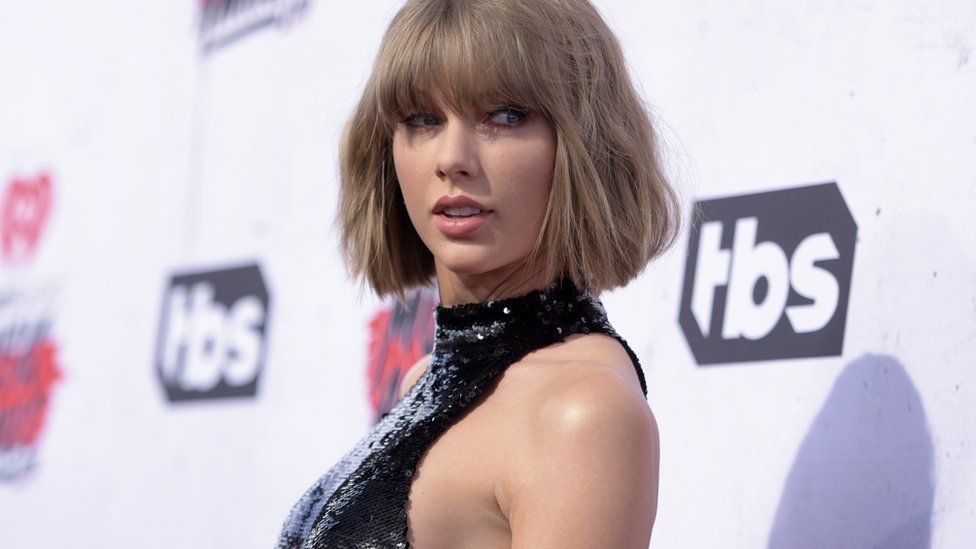 Taylor Swift has thanked boyfriend Calvin Harris, or Adam as he's known at home, on stage at this year's iHeartRadio radio awards.

The singer, who won four awards, said she now had someone to enjoy her success with away from the limelight.

"For the first time, I had the most amazing person to come home to when the spotlight went out and when the crowds were all gone," she told the crowd.

"So I want to thank my boyfriend Adam for that." 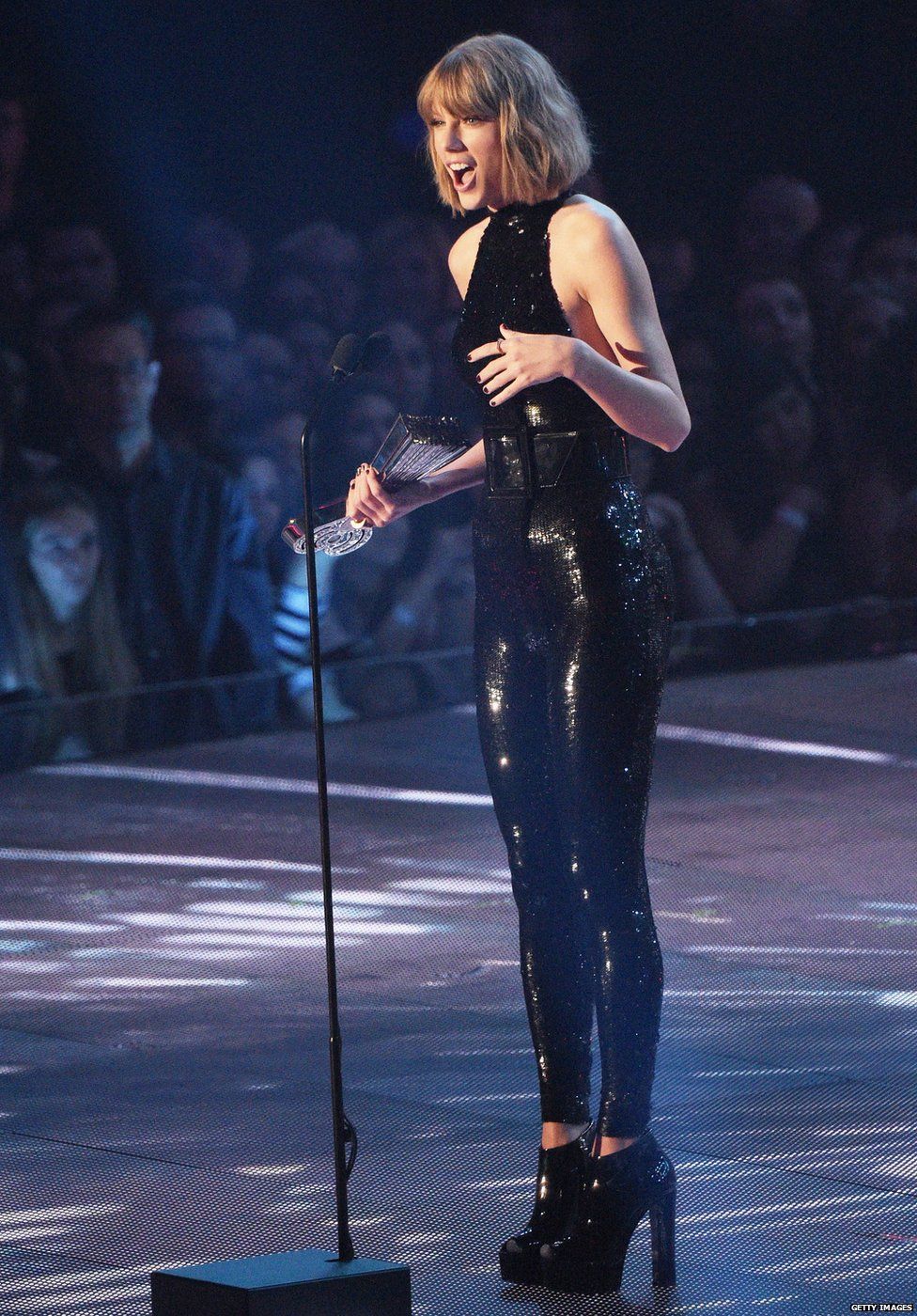 Taylor Swift won in the female artist category, album of the year and best tour for 1989 plus most meme-able moment for the "crazy girl" with running mascara in her Blank Space video.

Calvin Harris, whose full name is Adam Wiles, picked up dance artist of the year.

One of Taylor Swift's besties was also at the show. Selena Gomez took home the "biggest triple threat" award as a singer, dancer and actor. 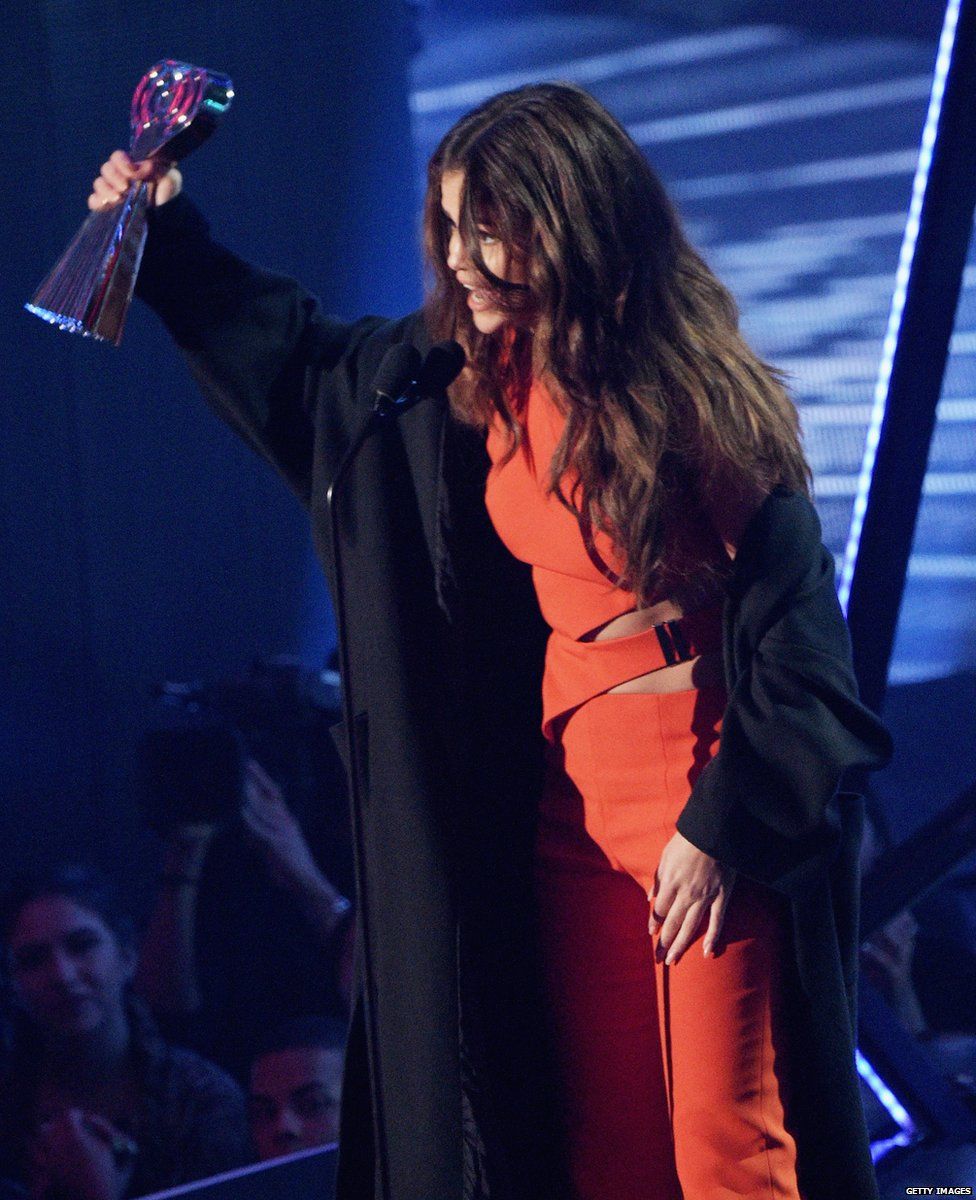 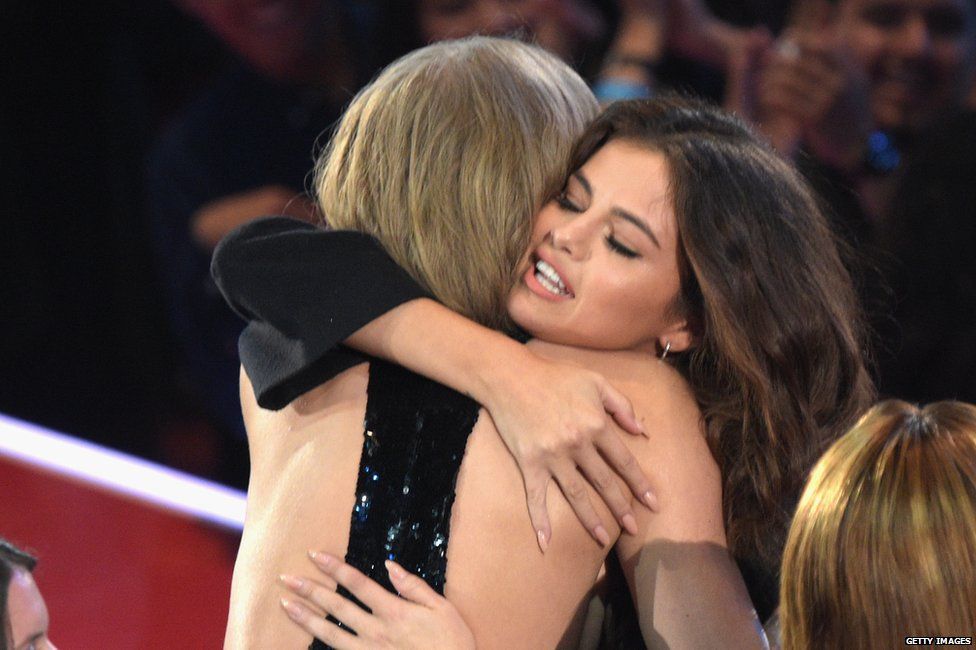 Bono and the Edge from U2 accepted the show's Innovator Award, presented by last year's winner, Pharrell Williams.

"The thing that might be the most innovative about our band is we are a real band," said Edge. "We are still in our high school band." 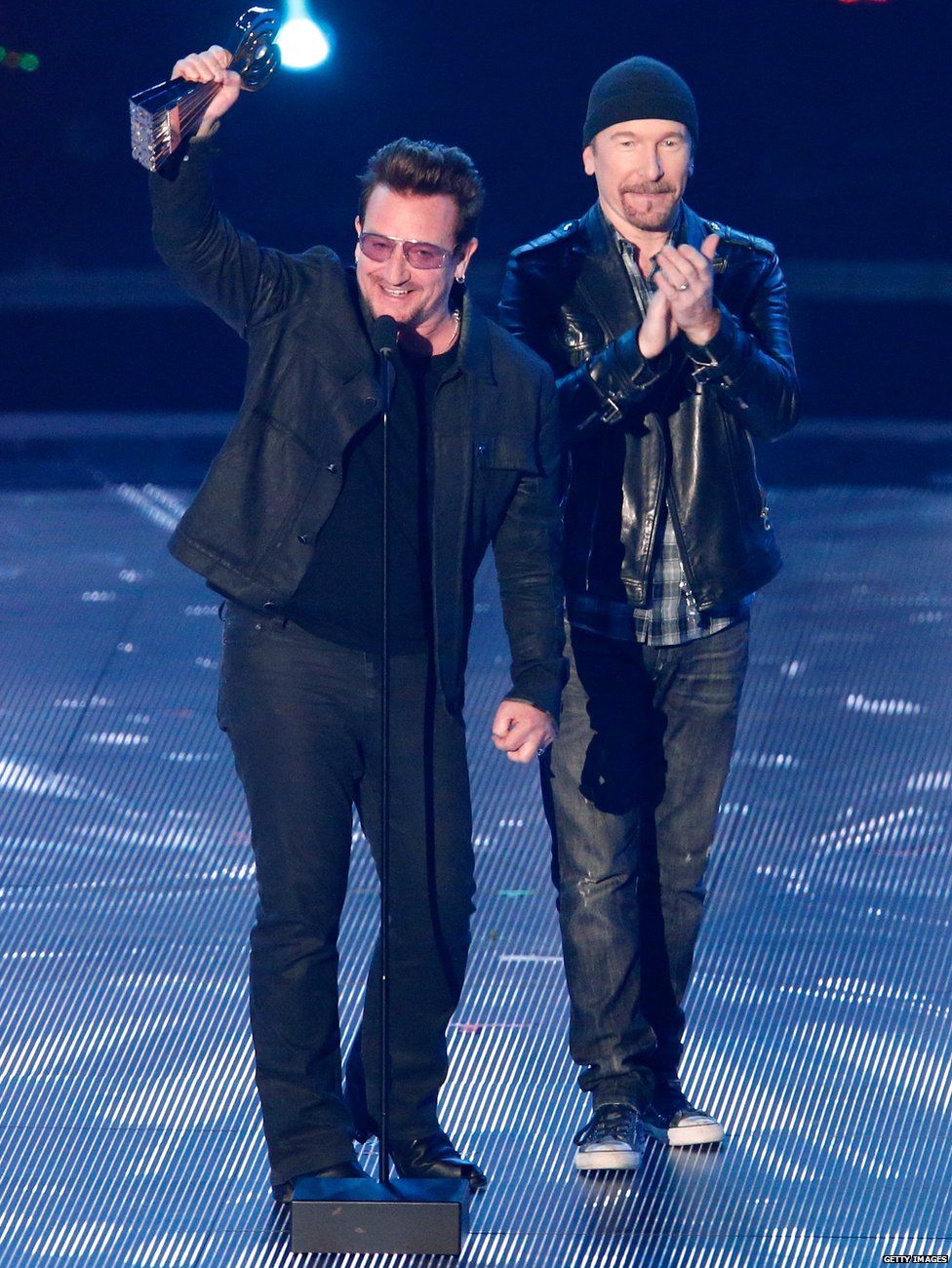 Song of the year went to Adele for Hello.

She accepted via video from a performance in Birmingham. 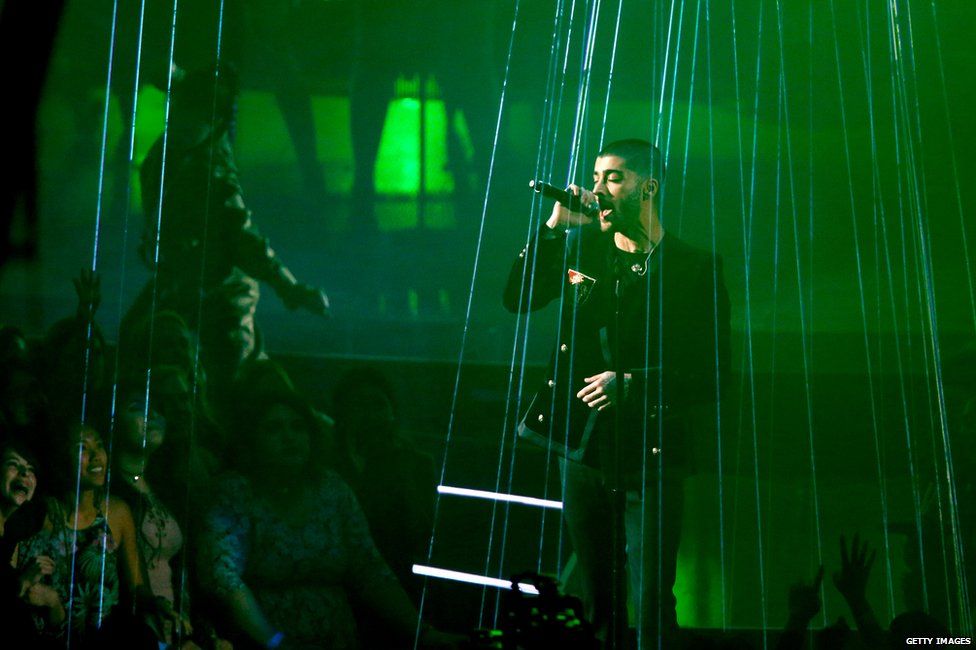 Image caption Zayn Malik performed his new single Like I Would 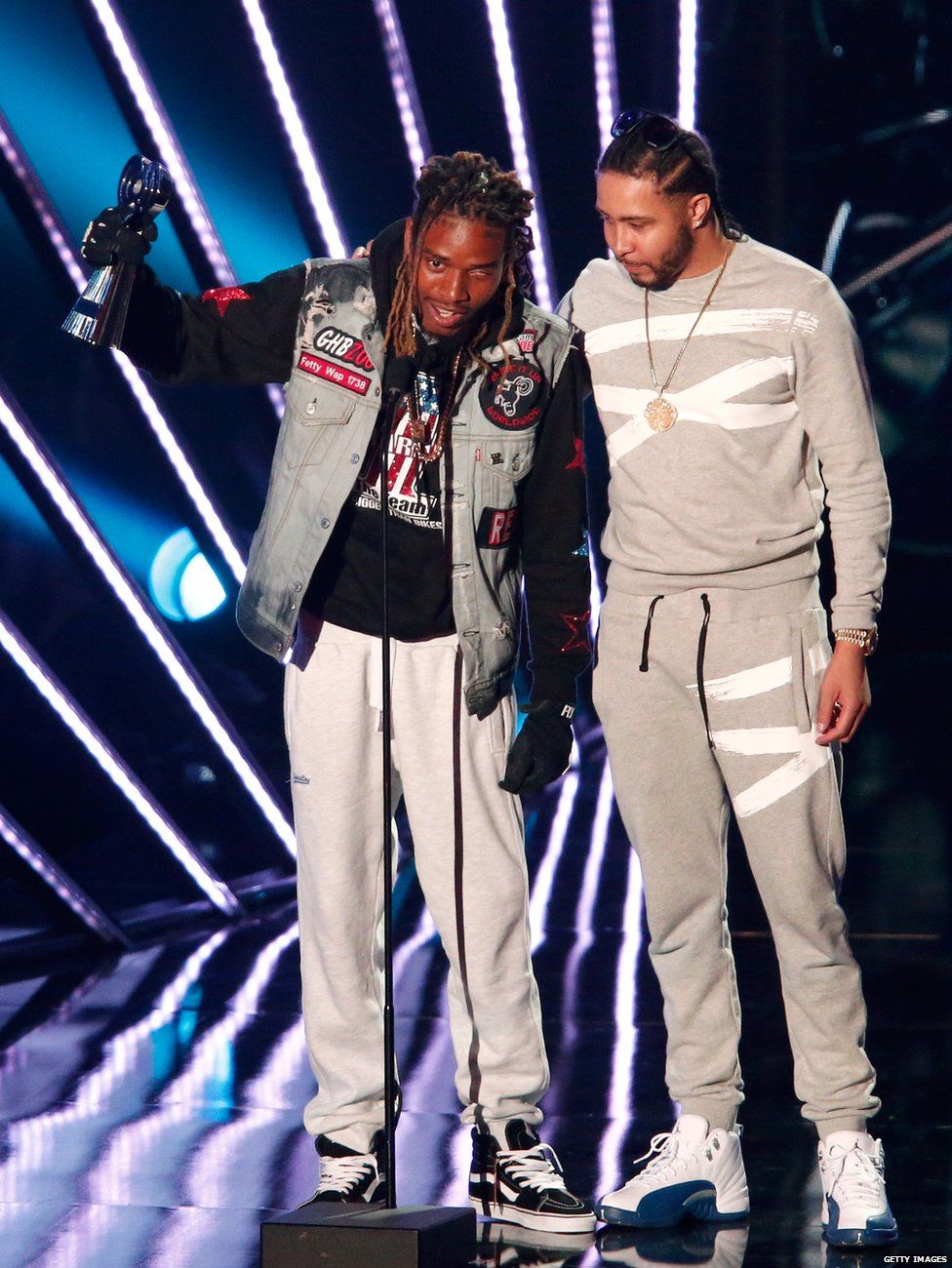 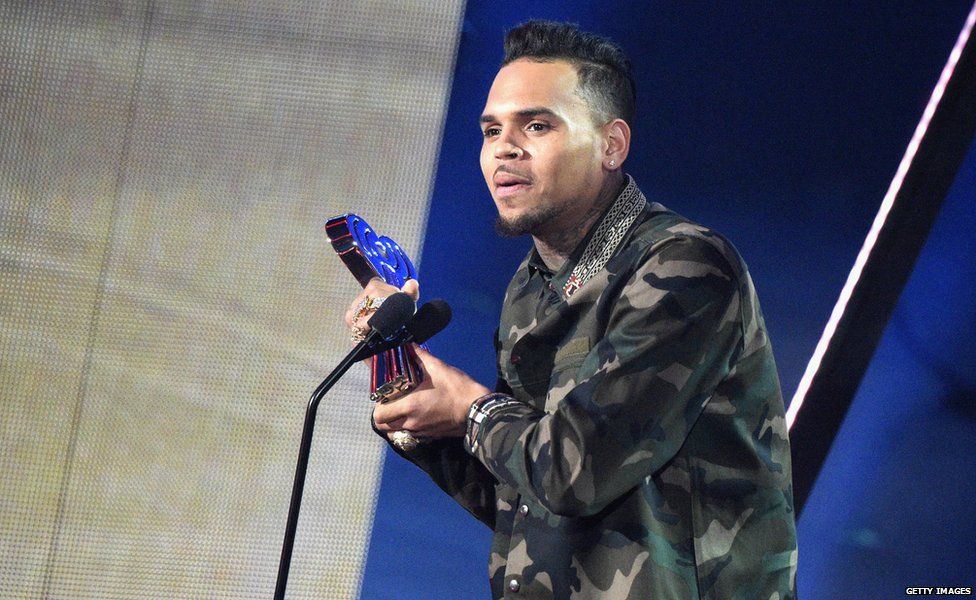 "I tend to not have a filter sometimes, and I go off on a lot of people," he said. "But the music stays the same."

There were as many performances as awards presented during the three-hour show, hosted by Jason Derulo and broadcast live on TNT and TBS in America from the Forum in Inglewood, California.

Justin Bieber was the first to perform, showing off his new dreadlocks during a mash-up of Love Yourself and Company. 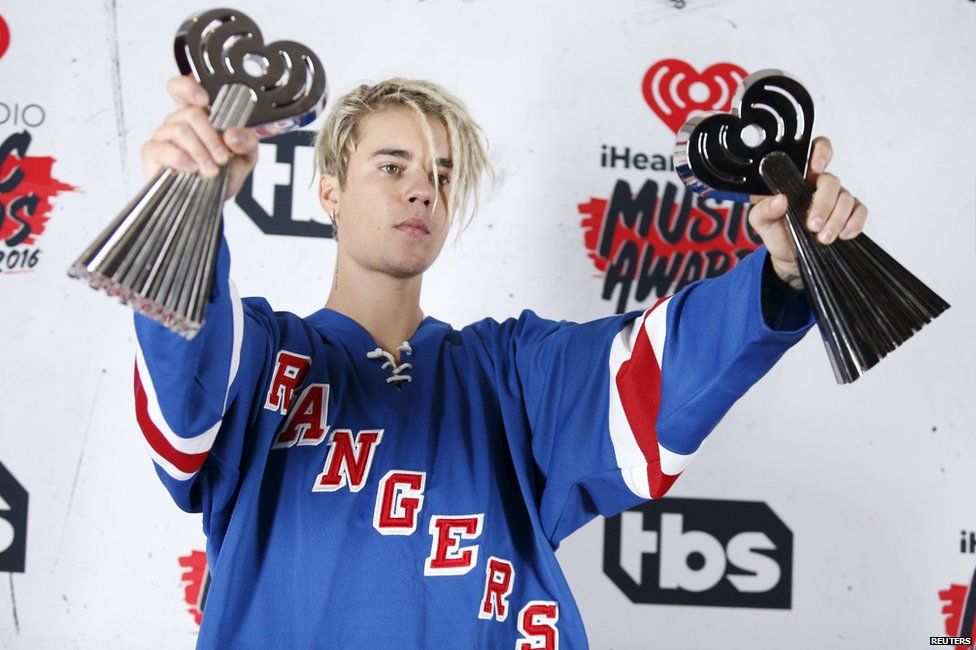 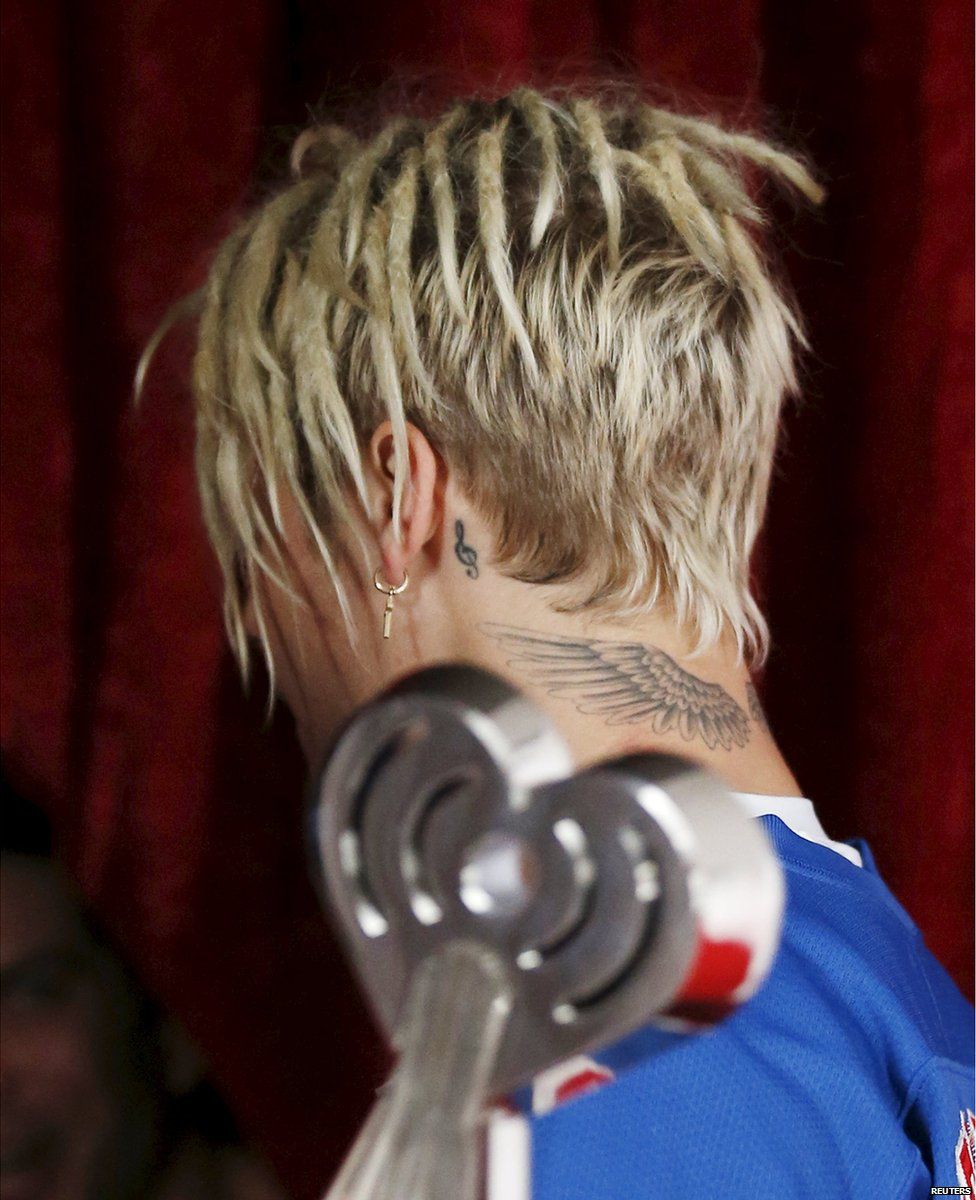 He returned to the stage twice as a winner, claiming male artist of the year and sharing in the dance song of the year award with Diplo and Skrillex for Where Are U Now.

He thanked his fans for standing by him through what he described as "tough times".

"It's just about our growth and learning," he said. 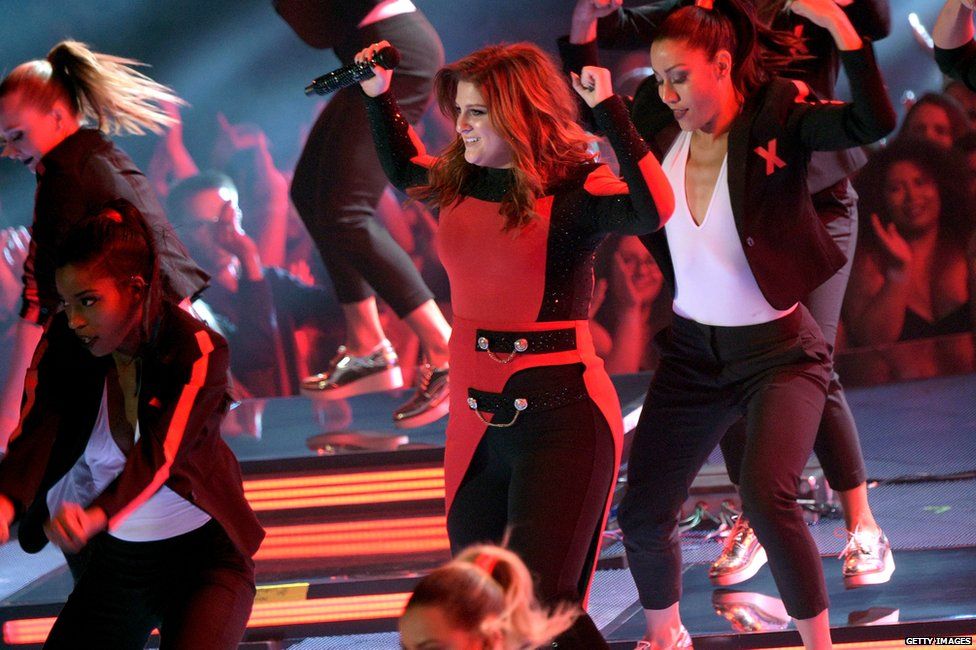 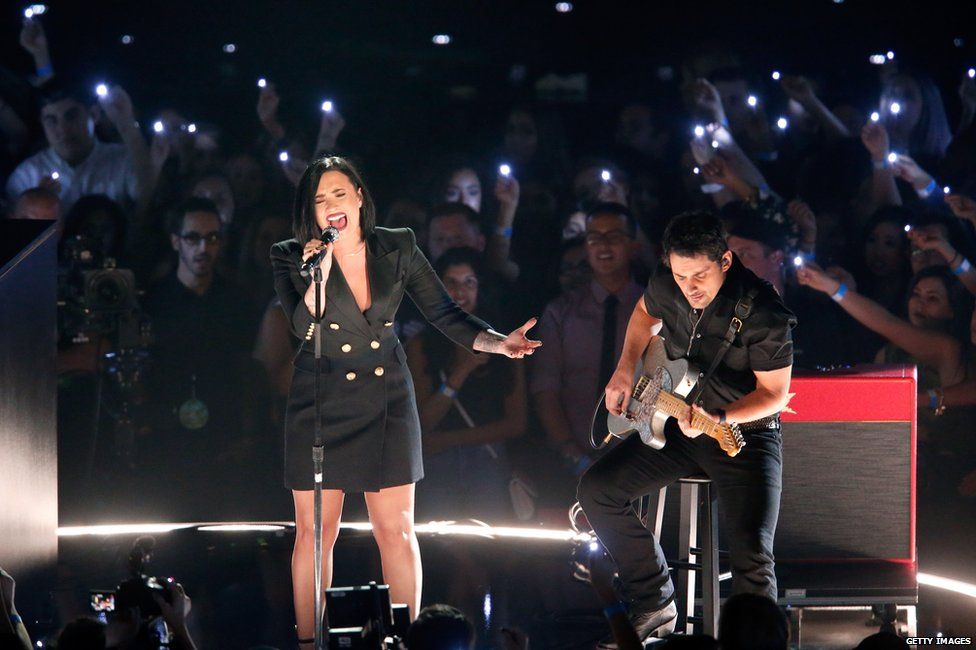 Iggy Azalea unveiled her new song, Team, while Zayn Malik made his solo awards show performance debut, performing Like I Would from his new album, Mind of Mine. 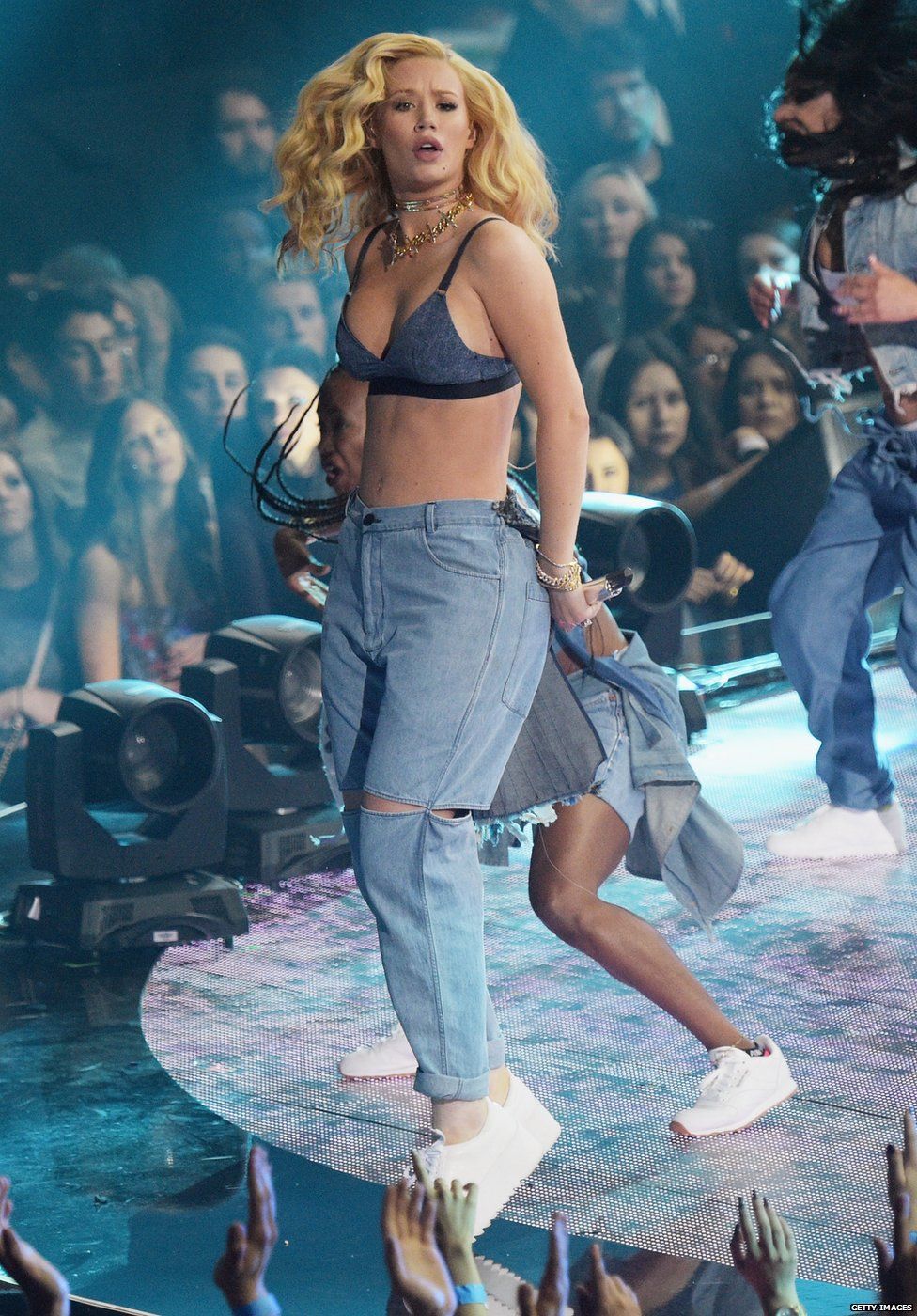 Other performers included DNCE, The Weeknd, show host Jason Derulo and Maroon 5, who were named duo or group of the year. 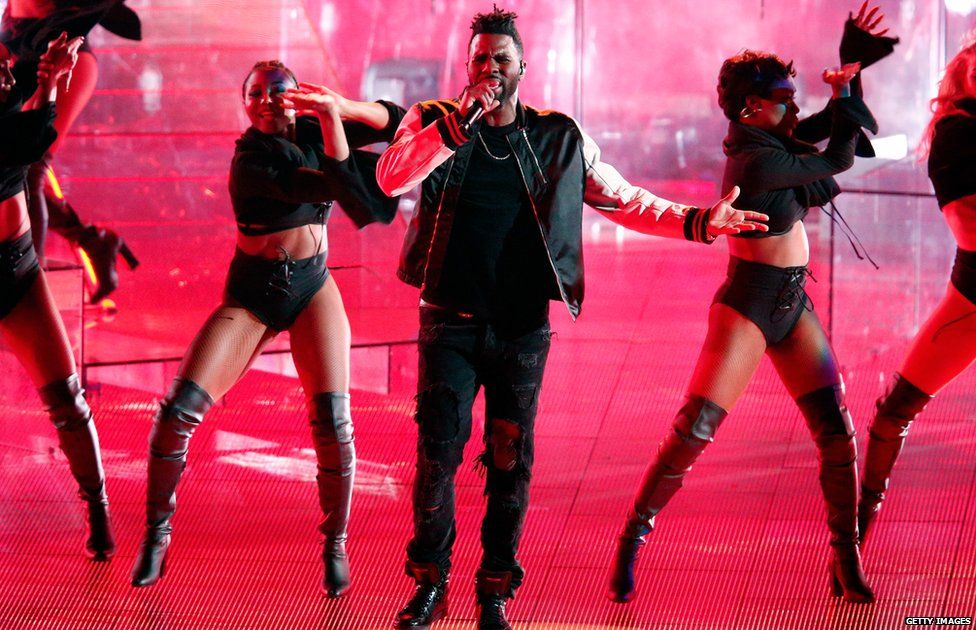 Foo Fighters were named rock artist of the year, with Twenty One Pilots taking home the alternative version of the prize.