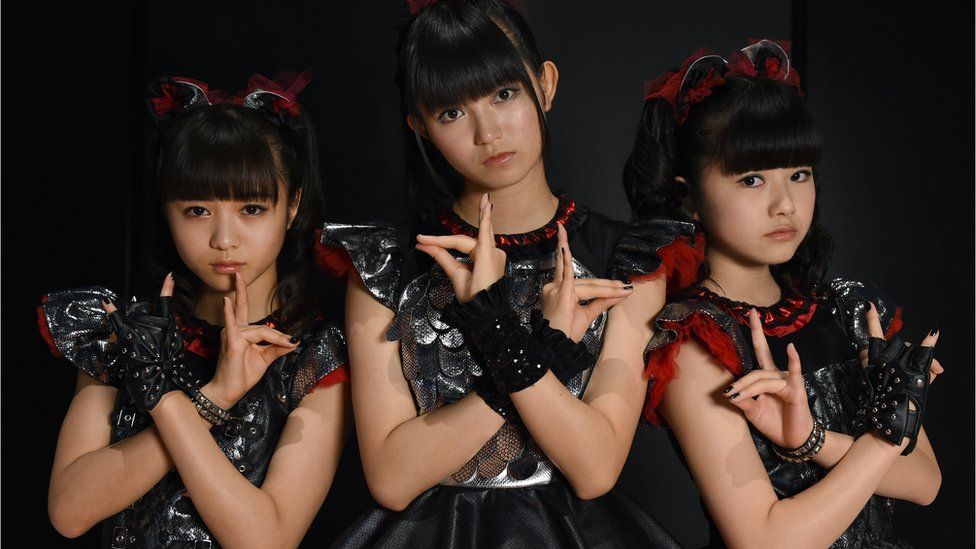 Called Metal Resistance, the group says it is about challenging themselves and making a "big record".

"When we go on stage, or whatever we're doing, it's a battle because we're always battling against ourselves," says lead singer Suzuka Nakamoto.

"We want to go against the norm and do something even bigger. That's the aim behind metal resistance." 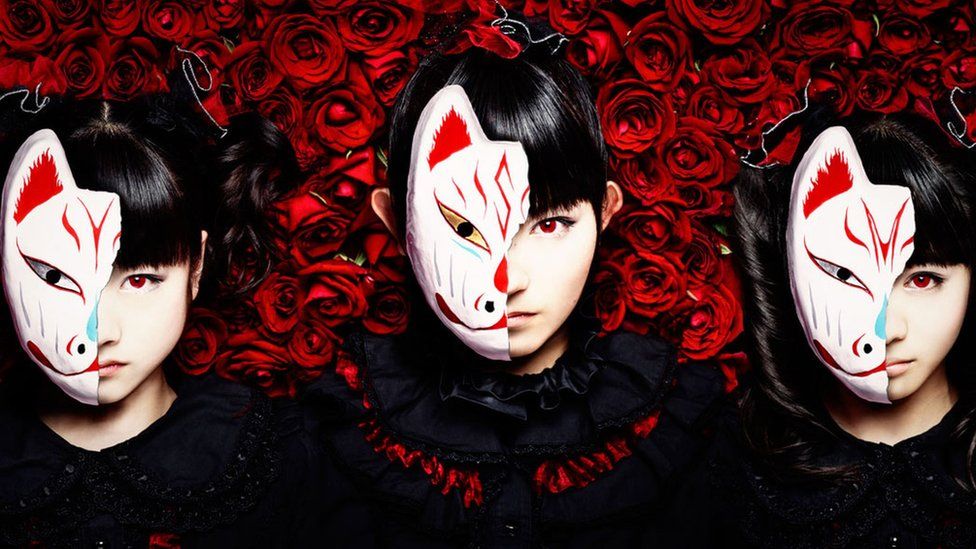 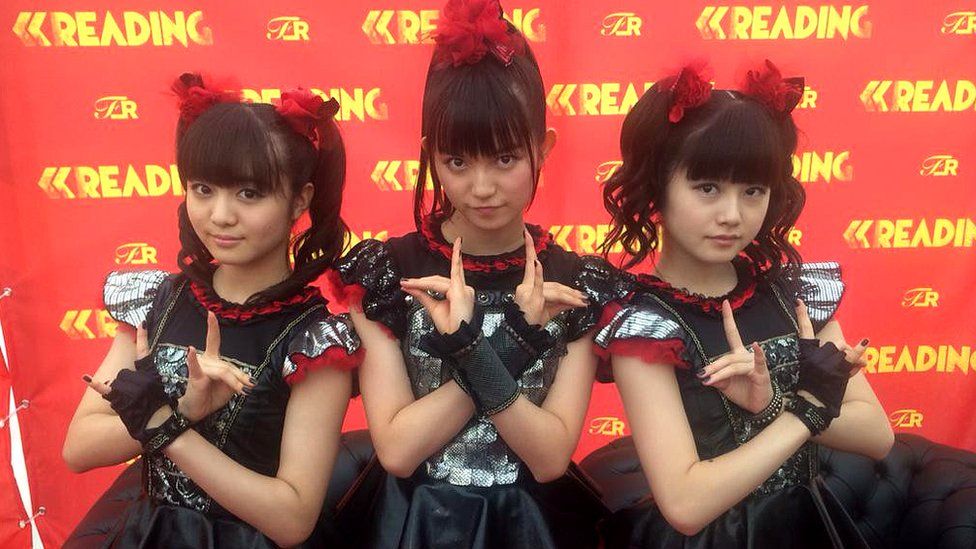 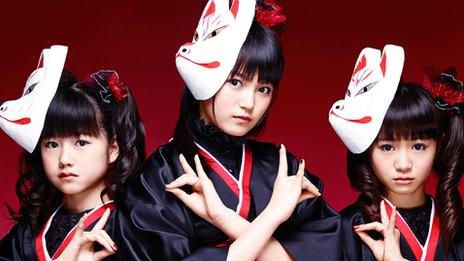 Metal Resistance is released on 1 April, on what the band is calling Fox Day.

The band say this is a different, and better, album than their self-titled debut from 2014.

"With this album, we challenged ourselves with many different types of music and surpassed the last one," says Suzuka, who turned 18 in December.

"Compared to the last album, this one will blow your mind. 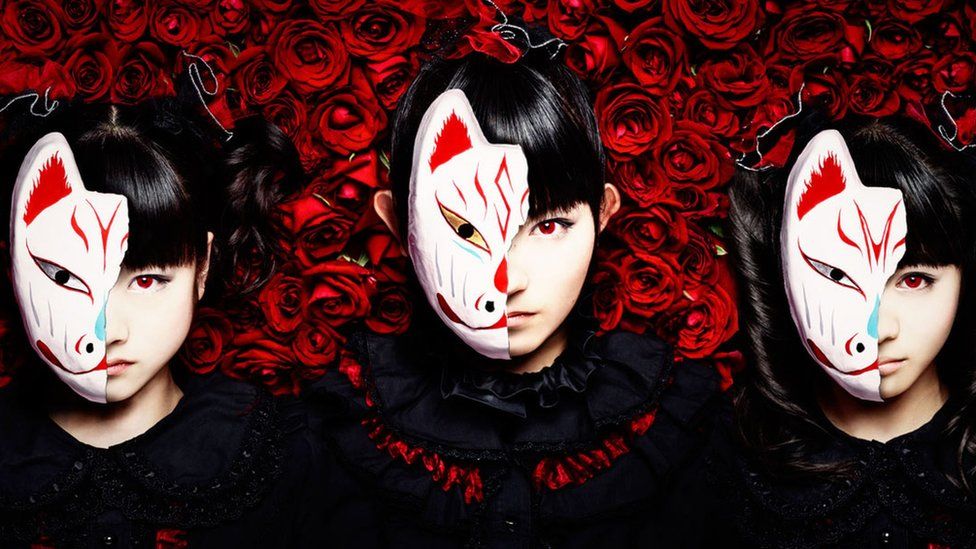 "Even from the first album and the last tour, our whole theme is to go down unchartered paths and explore new territory and it's the same with this album."

Babymetal formed in 2010 and were the youngest act to ever perform at Japan's Summer Sonic Festival two years later.

Ever since they've been making a name for themselves with their highly choreographed shows and J-pop/metal tracks as well as using the fox sign (see top picture) as their symbol.

"We're not used to playing in front of big crowds," says Suzuka. "But we're excited and a little bit nervous because we don't know what to expect."

Babymetal say they're trying to create a new music genre and get as many people interested as possible.

"We're hoping there are more people out there who would be interested to find out about Babymetal music," they tell Newsbeat. 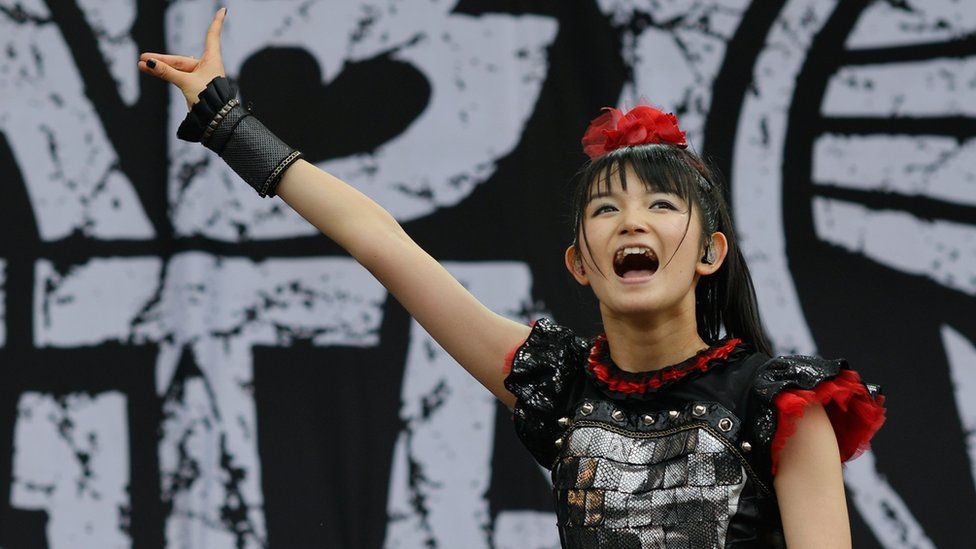 "Our aim is always to reach out to people who don't know what we're doing.

Last year they won various awards, including breakthrough act at the Metal Hammer Golden Gods, a Kerrang Award and Vogue Japan's women of the year as well as playing at Reading and Leeds Festivals.

This year will be even busier for the band as they travel to America in May followed by a return to Europe in June and then back to the US in July.