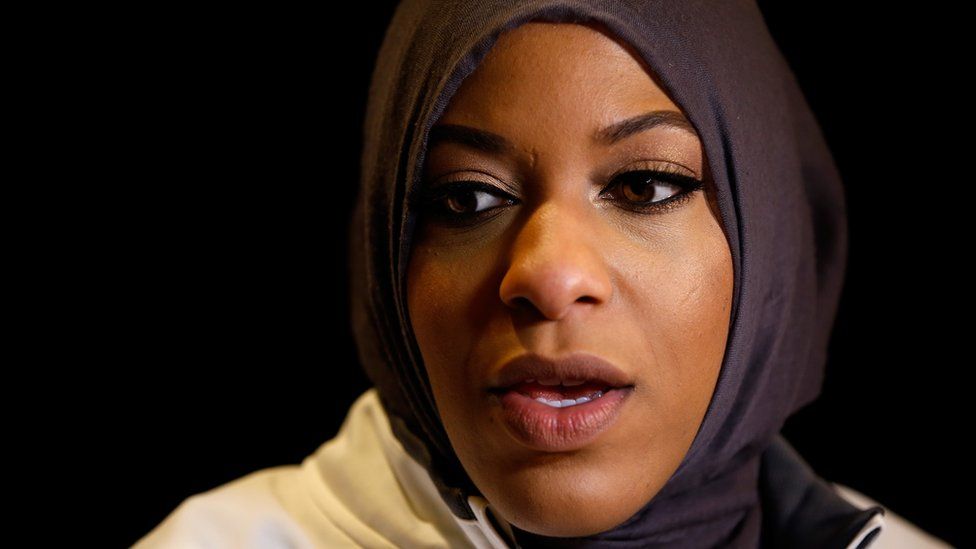 Organisers at South by Southwest festival have apologised to a US Olympic fencer after she was asked to remove her hijab during registration.

A volunteer told Ibtihaj Muhammad that she had to remove her Muslim head covering to get her credentials to the event in Austin, Texas.

She'd been trying to sort out her photo ID at the event.

SXSW organisers say they have removed the volunteer involved for the rest of the event.

"We are embarrassed by this and have apologised to Ibtihaj in person, and sincerely regret this incident," SXSW said in the statement.

Ibtihaj Muhammad will make history in Rio de Janeiro as the first Olympian to represent the United States wearing a hijab.

The 30-year-old has criticised Republican presidential candidate Donald Trump, who has called for a ban on Muslims from entering the United States. 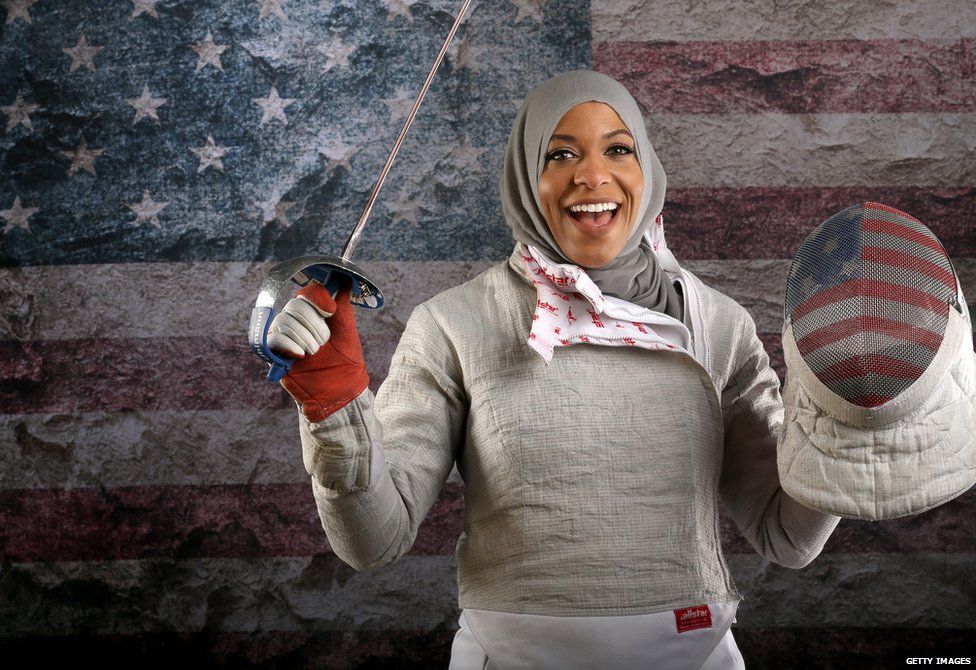 "I feel like I owe it to people who look like me to speak out," she told reporters last week.

"When I hear someone say something like, 'We're going to send Muslims back to their countries,' I say, 'Well, I'm American. Where am I going to go?'"

After the registration was sorted out, Ibtihaj Muhammad said she was then issued with the wrong ID.

US passport rules state: "If you need to wear a burqa, topi (taqiyah) or a headscarf this is acceptable, but you need to add an additional letter stating that you are wearing this item on top of your head for religious purposes."

The fencer was at SXSW to speak on a panel called The New Church: Sport as Currency of American Life with filmmaker Marina Zenovich and ESPN reporter Rachel Nichols at Austin's Four Seasons Hotel.