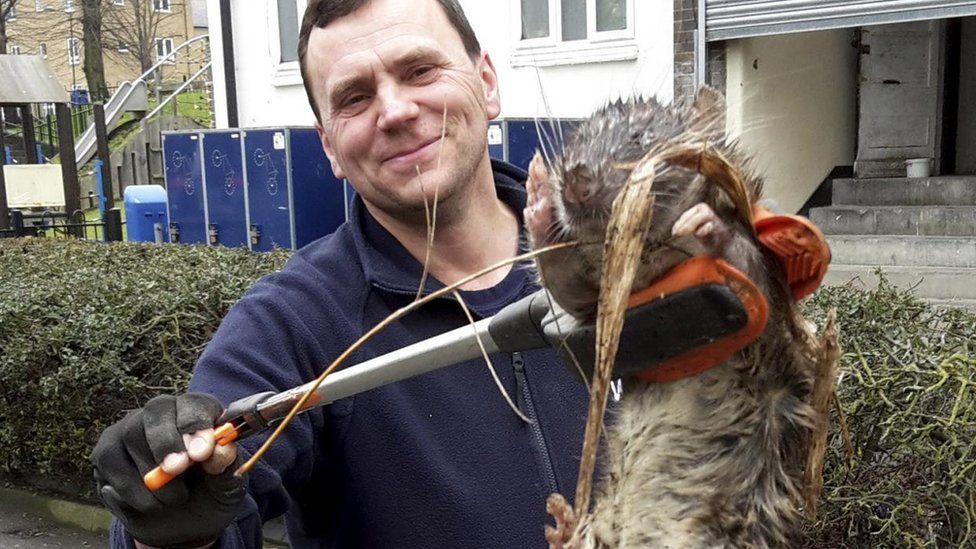 This is the giant rat photo being shared and talked about on social media.

An electrician is holding it up for the camera after he found it dead in a bush on a housing estate in Hackney Downs, east London.

His colleague Tony Smith took the photo and he claims the rat was four feet long and was bigger than his cat and Jack Russell dog.

"We were going to stick it in the bin," said Tony. "But before we did we thought we better take a picture... people won't believe it's real."

They say the rat was found near a children's playground which backs onto a railway track.

Professor Jane Hurst from the Institute of Integrative Biology at the University of Liverpool doesn't believe the photo.

"No way a brown rat would be that big, or that anyone could pick up a rat of 11kg with a litter picker," she explains to Newsbeat.

"There are several hoaxes showing rats like this online or previously published in newspapers.

"Even a Gambian pouched rat, which is 3ft long, only weighs around 1.5kg."

A case of forced perspective?

It's obviously pretty large but it may not be quite as big as it seems. 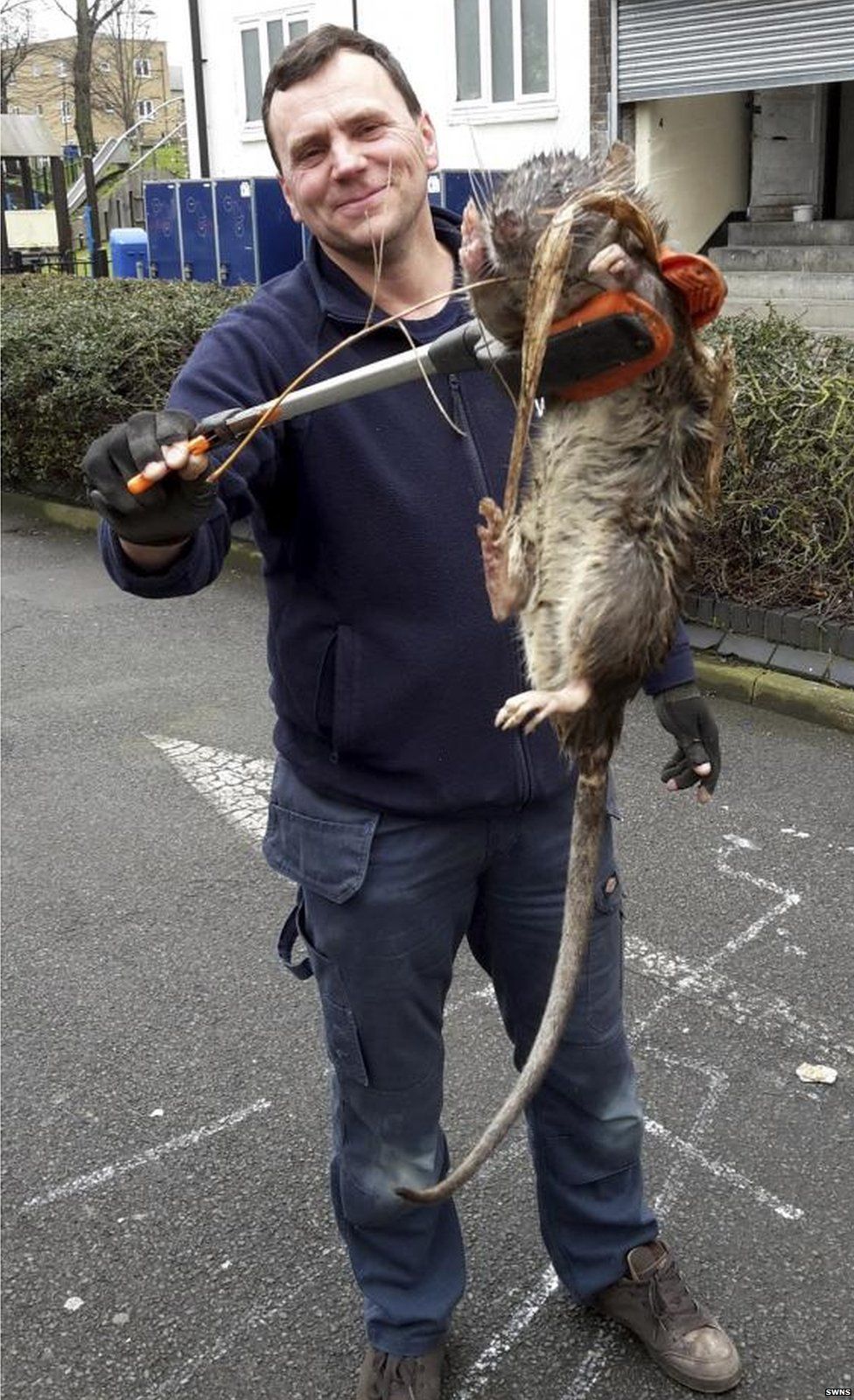 It happens when things are held closer to the camera lens and appear bigger than they actually are.

And there are previous examples of this technique involving "huge" rodents.

Here's an example from Singapore.

We've all done it as well - when you pinch the top of a tall building or hold your friends in the palm of your hand.

And we've done some high-level science in the Newsbeat office to prove it.

We took a photo of a normal doughnut looking unusually large to show you what we mean. 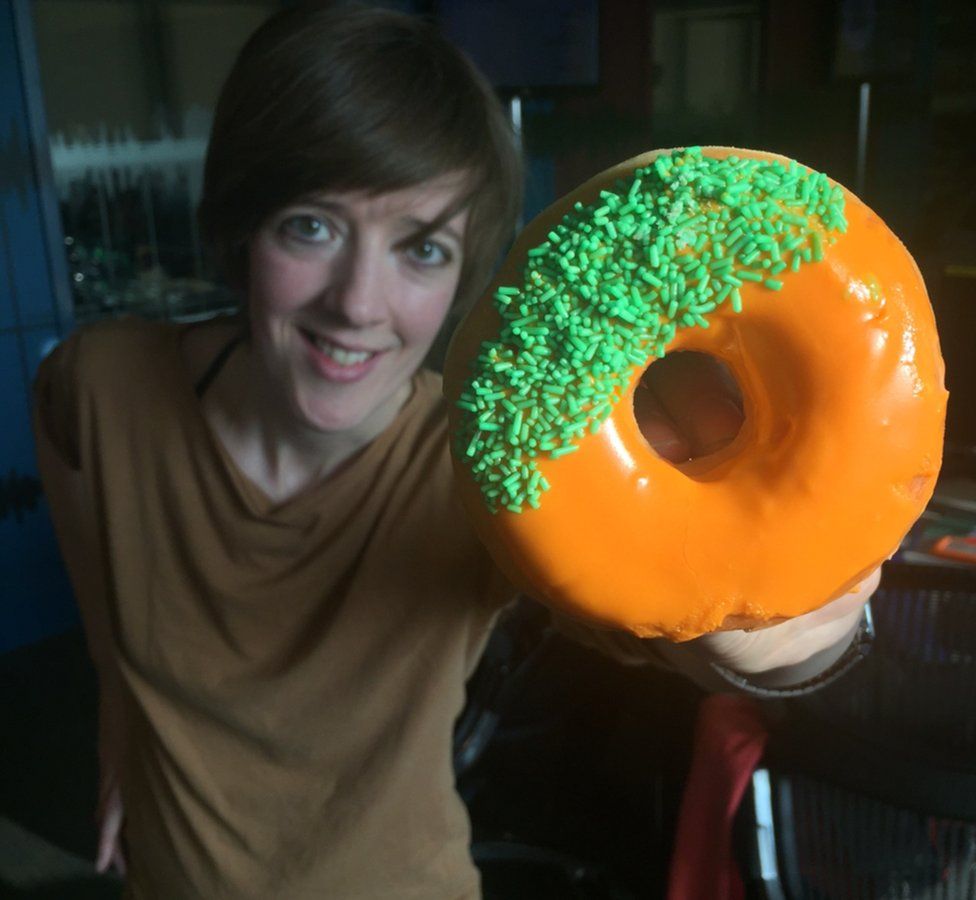 Image caption This doughnut is as big as a woman's head. Not really, it's being held up at a cunning angle by Newsbeat's Anna Doble

Someone on Twitter says they've worked out that the rat is actually two feet long and not four feet - as claimed.

Even Hackney Council have had a go at showing people what forced perspective looks like.

Rats that live under London's streets are brown rats (or Norway rats) and are usually around 10 inches long.

Another "huge" rat supposedly found on London's tube system was actually from Germany last year - and wasn't as big as it looked on camera.

The man who caught the rodent, Rick Kobel, said perspective made it look bigger than it was. 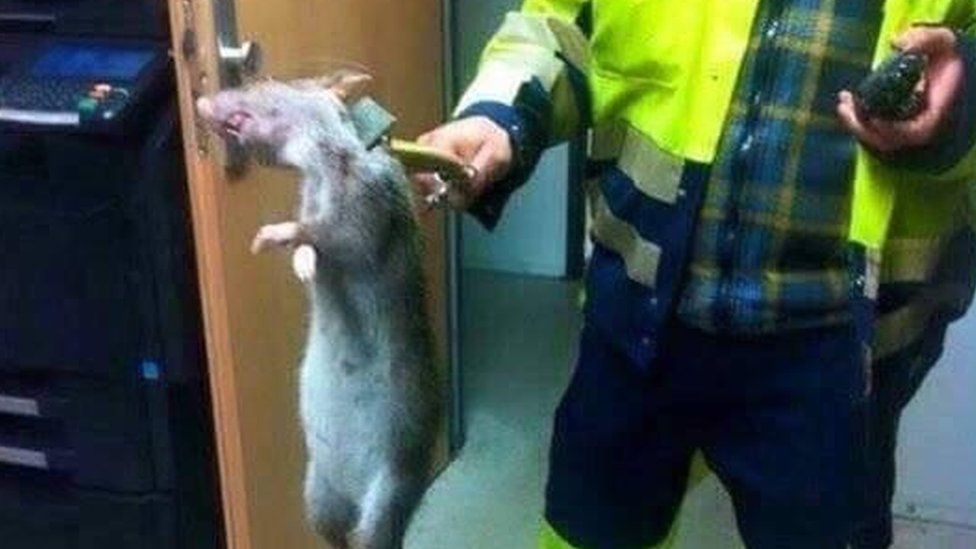 Radio 2 was sent this photo of a pretty big rat in 2014 as well from Kent.

You What? Animals Photography Hackney