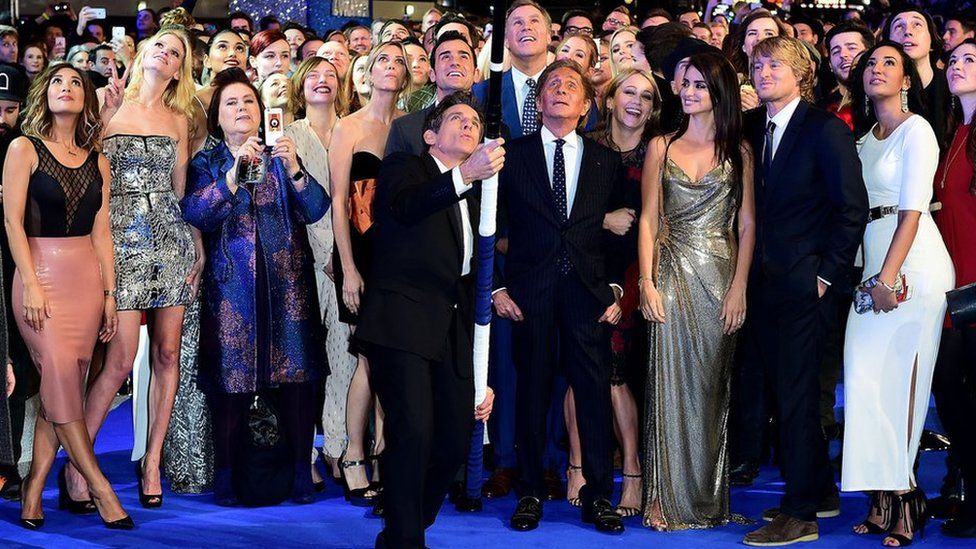 Ben Stiller has broken the world record for the longest selfie stick after taking this epic photo at the premiere for Zoolander 2.

The actor, with help from his co-stars Owen Wilson and Penelope Cruz, posed for the picture using a selfie stick measuring 8.56m (28ft 1in). 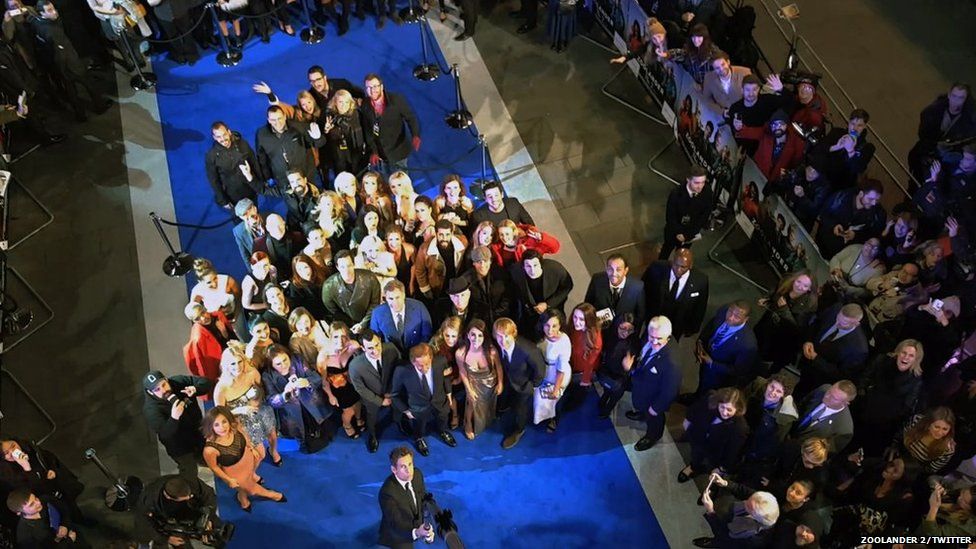 Image caption This is the record-breaking photo

He joked: "This was another dream of mine as a child.

"I wanted to appear on the cover of Vogue and also to break the world selfie stick record." 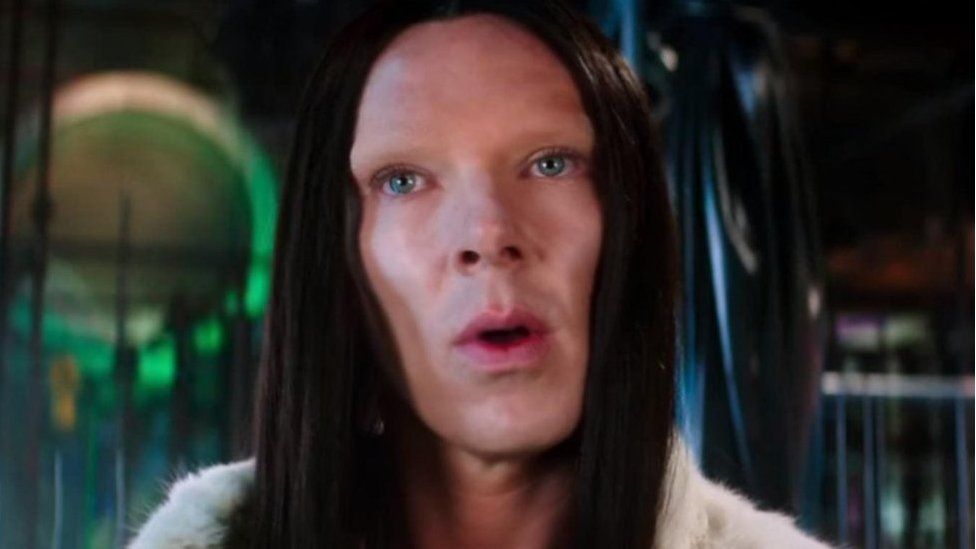 Stiller, 50, is back as model Derek Zoolander 15 years after the original movie was released.

The plotline for the sequel sees Zoolander trying to stop Jacobim Mugatu, played by Will Ferrell, from killing off celebrities in a quest to find the secret for eternal youth. 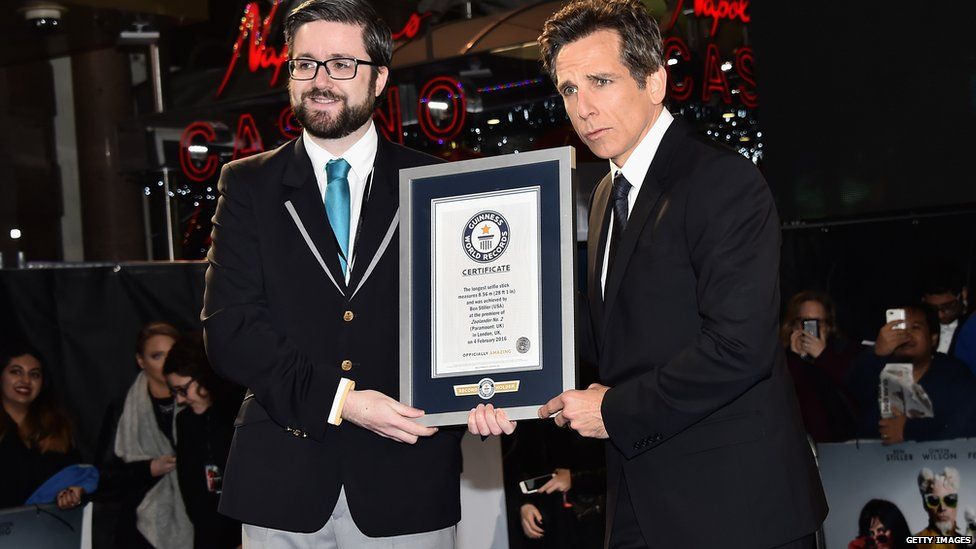 The film features a brief cameo appearance from Justin Bieber.

"Justin was amazing. He turned up and was ready to work. Really professional and open to do anything," Stiller said.

Stiller added: "The way he dies is probably a little extreme or over the top but it was in the script and he was in on the joke and had fun." 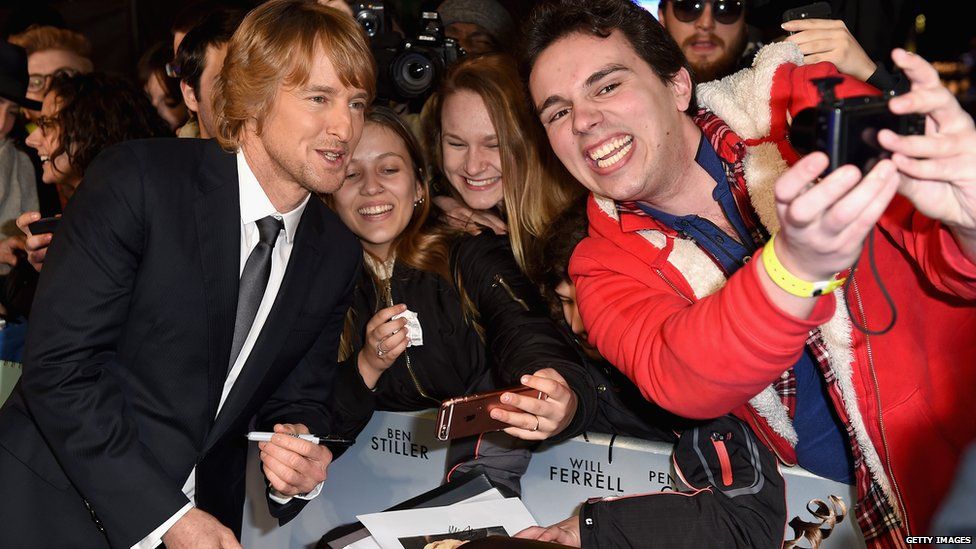 Owen Wilson who plays Hansel McDonald says the cast were nervous about bringing the characters back.

He said: "It's nice, and gratifying, to have watched how it developed such a devoted following.

"This time around, filming in Paris, the reaction was so enthusiastic it felt like we were filming Star Wars or something." 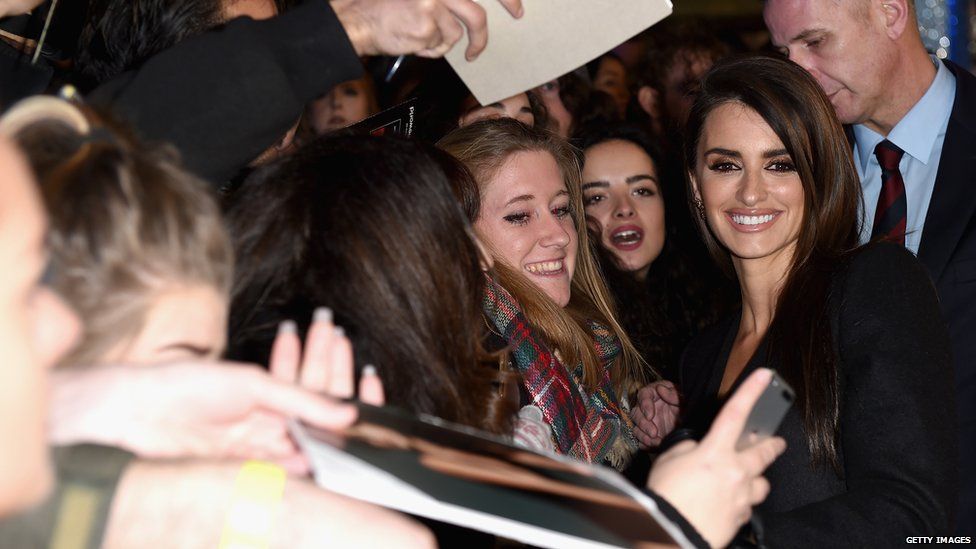 The Spanish actress says it was difficult to keep a straight face during filming.

"It's impossible not to laugh because he's also directing this as well.

"So there he is trying to be serious. But it's still Ben Stiller in a wig and a shiny looking at you."

You What? Justin Bieber Entertainment Film