Syrian refugee children draw their life caught up in war 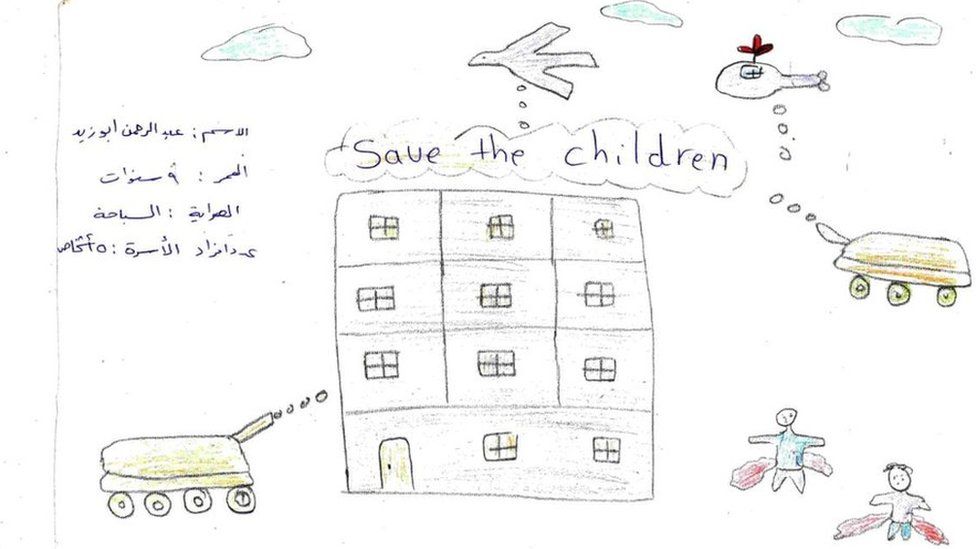 Syrian children living in refugee camps in Lebanon have drawn interpretations of how they have been affected by the civil war in Syria.

They've been collected by a Syrian student, living in Exeter, who is exhibiting them under the title From Syria With Love.

Twenty-eight-year-old Baraa Kouja has been living in the UK for 18 months.

He's hoping the images will raise awareness of the atrocities young children are facing in the Middle East.

"I'd like people to respond in a positive way when they see the plight of these children," he tells Newsbeat. 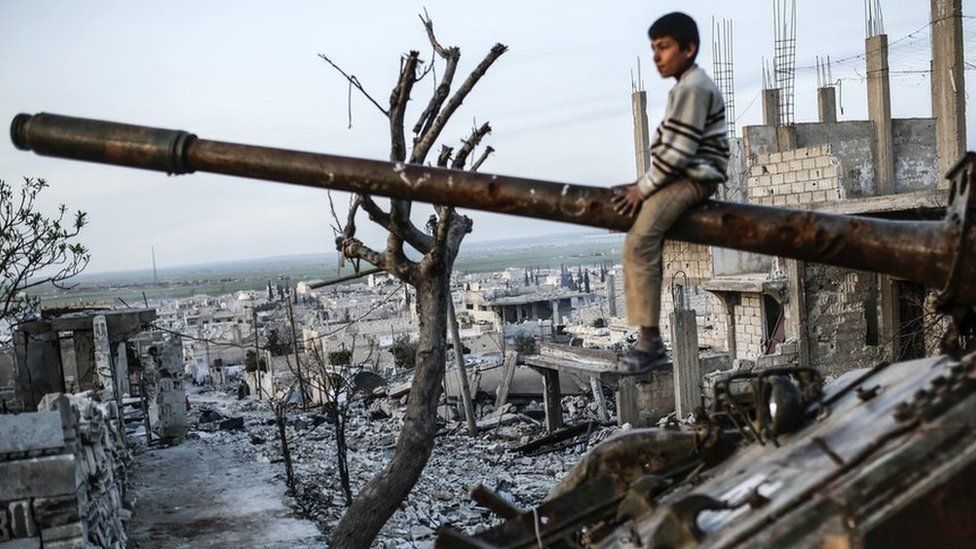 How did Syria get to this point? 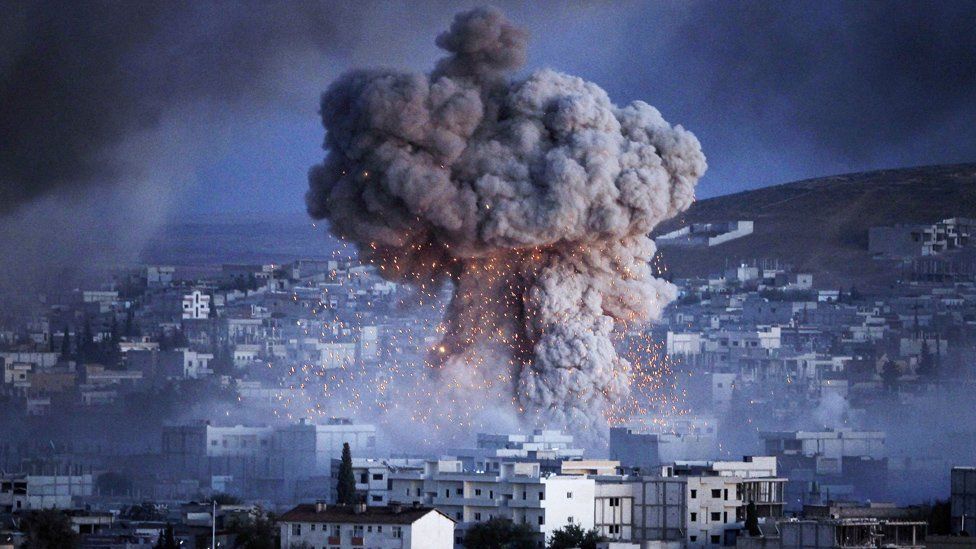 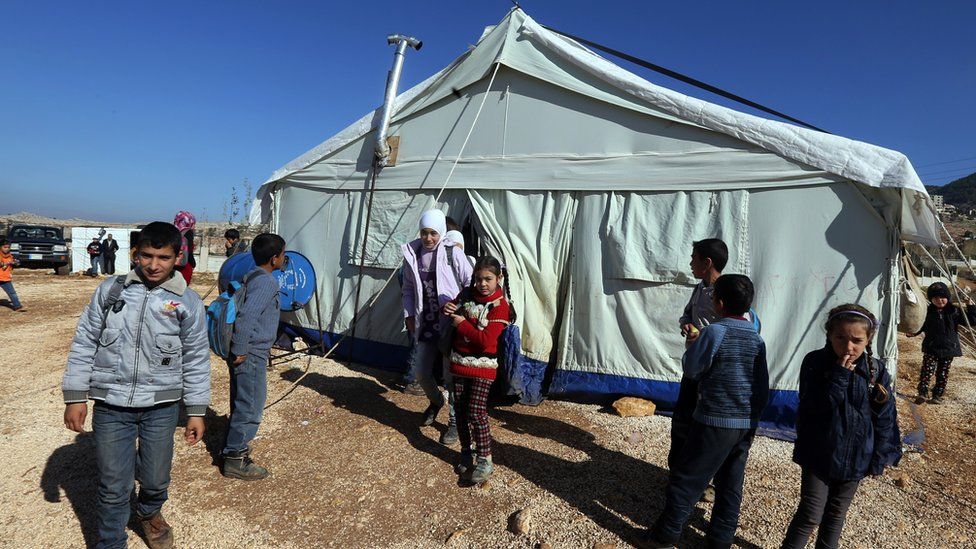 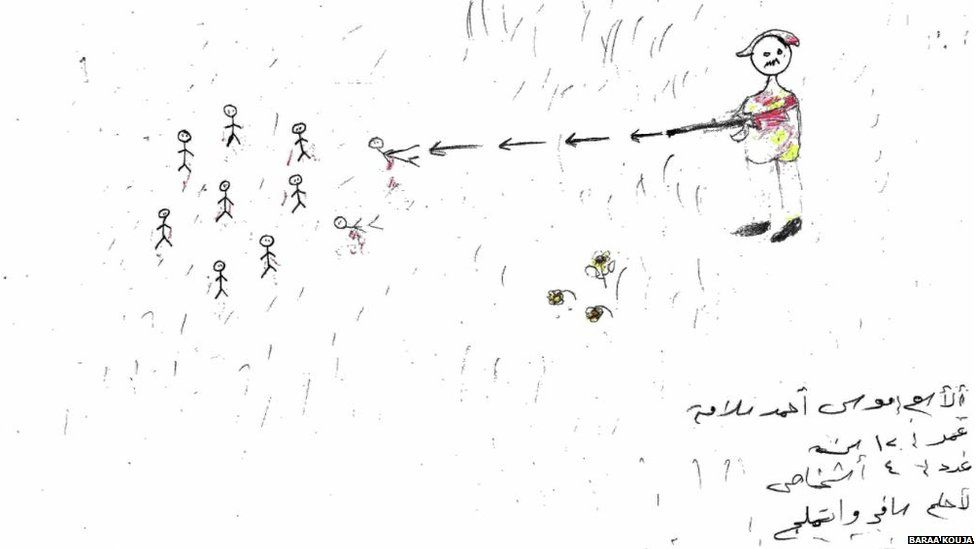 Before leaving Aleppo, Syria, in September 2014, Baraa volunteered in a refugee camp in Syria, making soup for 30,000 people whose homes had been destroyed by war.

Read more on how the Middle Eastern country descended into civil war here. 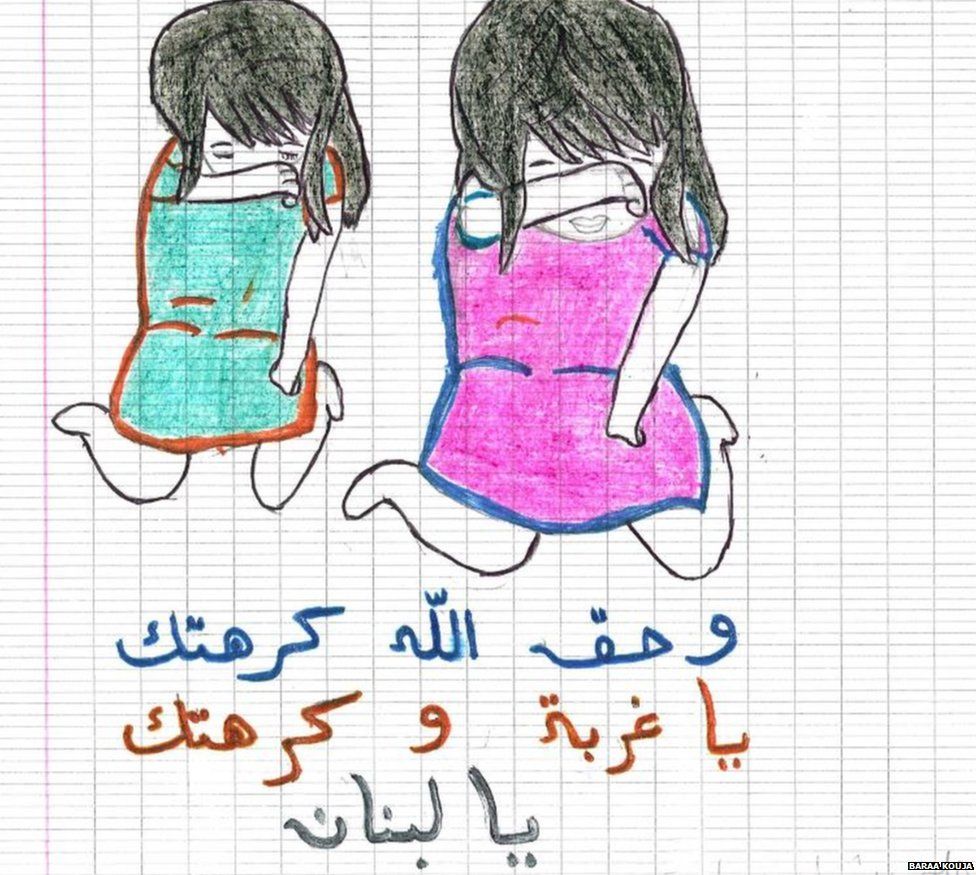 "I feel so lucky to have been able to afford to study and fly to the UK but there are those travelling by death boats and it feels so sad," Baraa tells Newsbeat.

He says he feels guilty people are risking their lives to travel to Europe.

"It's sorry to know people are risking their lives and their children's lives to try and avoid death."

Last year Newsbeat spent time on board a refugee rescue ship, or the "death boats" as Baraa describes.

The boat we were on saved the lives of African people who were making the same journey to Europe as many Syrian. 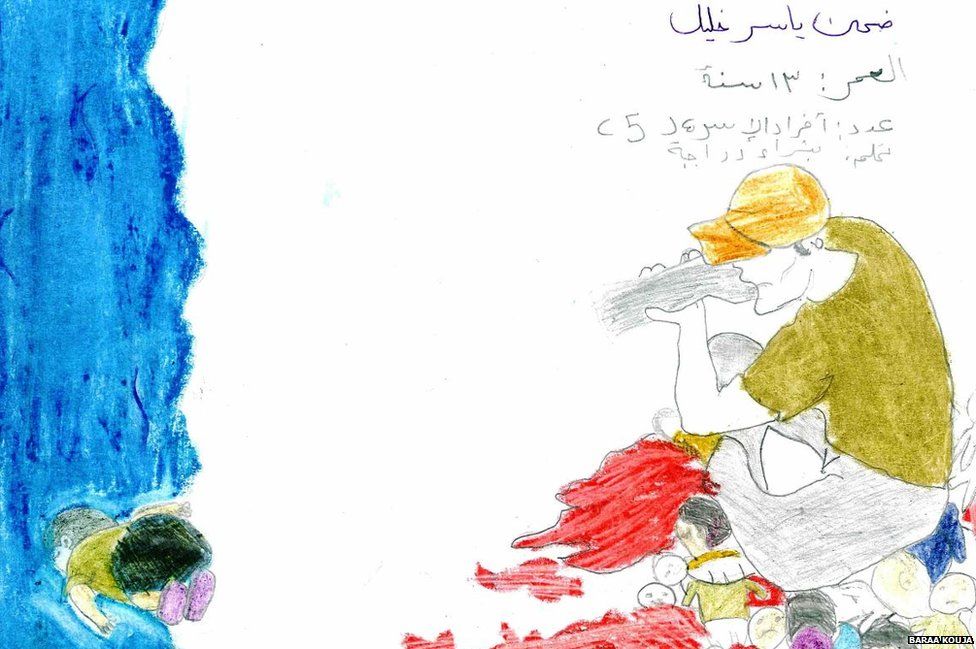 It's estimated more than one million Syrians live in refugee camps in Lebanon.

Lebanon is on the border of Syria and many dream of a day when they are able to return to Syria.

Newsbeat spent time with refugees in living in camps in Lebanon's Bekaa Valley.

Read more about what it's like being a teenager there by clicking here. 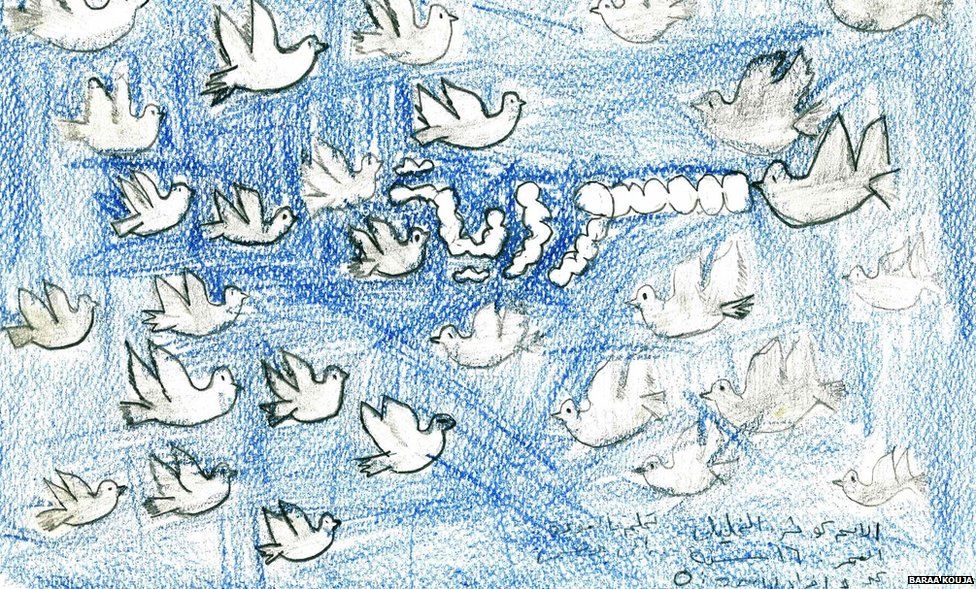 Baraa says he's "proud to be human" but doesn't like saying he's proud to be Syrian.

"I don't think it's right to classify people as their nationalities," he says.

He often worries about family and friends he left behind in Aleppo, a northern city in Syria.

"A bomb fell on a mosque quite close to my grandpa the other day which was scary but he's fine."

He tries to contact his relatives as much as possible but they rely on an internet connection and in a war zone that's not always easy.