Why microbeads in shower gels are bad for marine life 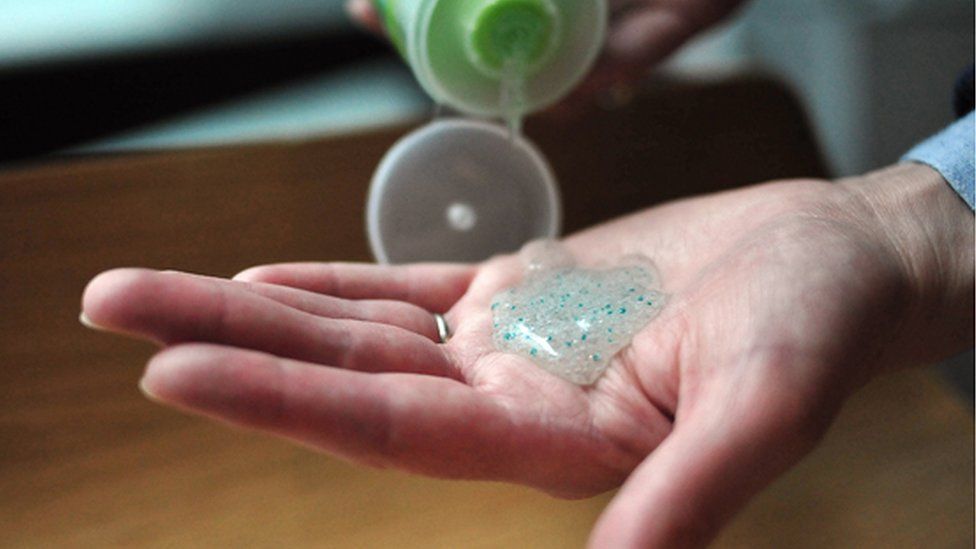 You know those little lumpy plastic bits in your shower gel, toothpaste or face wash?

They're called microbeads and they're damaging marine life.

Environmentalists say the little bits bypass water filters and travel into the sea where they're eaten by fish.

Last week, President Obama signed a bill banning them in America and now some of Australia's most popular supermarkets are removing products containing them.

What exactly are they?

They're also known as plastic pellets and can be found in personal care and household cleaning products.

They are completely made of plastic so they don't break down.

Toothpaste, shower gels, facial scrubs and shaving foam are amongst the items which have them.

Why are they bad?

They're non-biodegradable so they don't break down.

When you wash them off with water, the water goes down the plug hole but it carries the tiny bits of plastic with it and they end up in the sea.

They're less than a mm wide so water filters miss them.

Microbeads are contributing to the massive issue of marine litter which is causing real problems to marine life.

What sort of impact is it having?

There still needs to be a lot more scientific research to show how damaging it has been for marine life.

The evidence is there to suggest animals right at the bottom of the food chain are ingesting it and we worry what impact that will have higher up the food chain.

There are lots of alternative products which can easily be used instead of these microbeads so you don't need to have them to have beautiful skin.

A UK campaign called Scrub it out is encouraging businesses to stop the environmentally unfriendly use of plastic.

Last year some key high street retailers agreed to remove them from their own branded products.