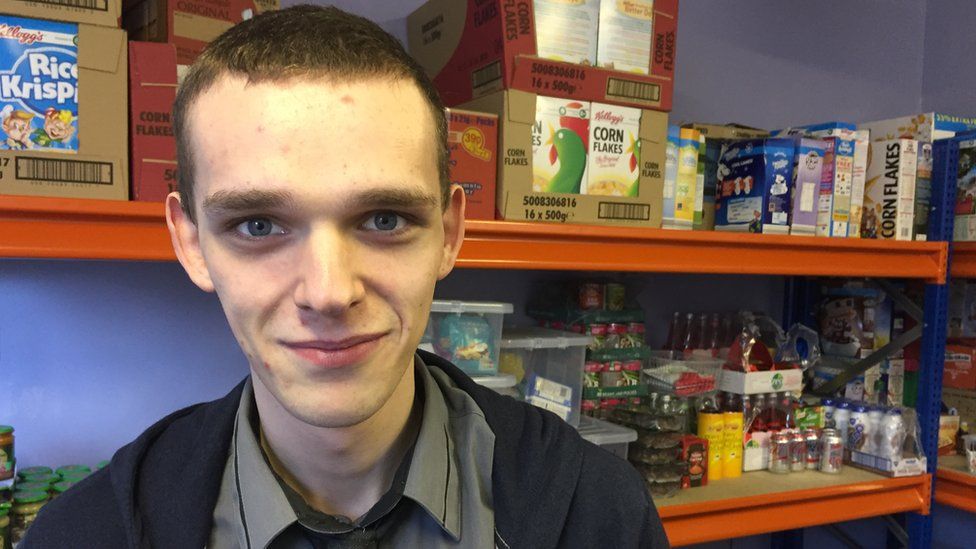 Image caption Kyle is 19 and uses the food bank

The charity behind a food bank for 18 to 24-year-olds says it allows people to get help without feeling judged.

Youth worker Laura Eccles says she noticed many people coming to the centre in Liverpool hungry and in need of food.

"We made them aware of other food banks they could access but they were too embarrassed to go," she tells Newsbeat.

"So we quizzed them about what if there was a food bank for young people and it's something they said they would access." 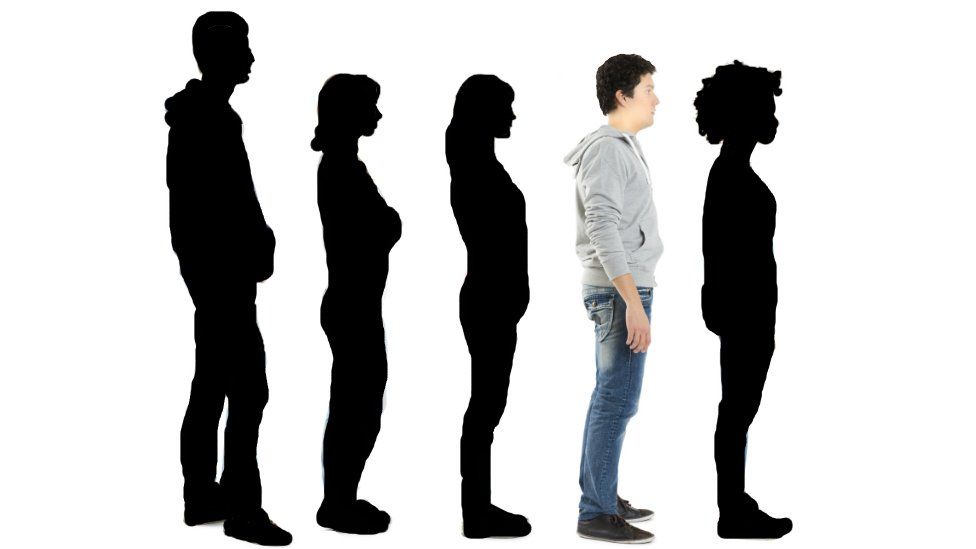 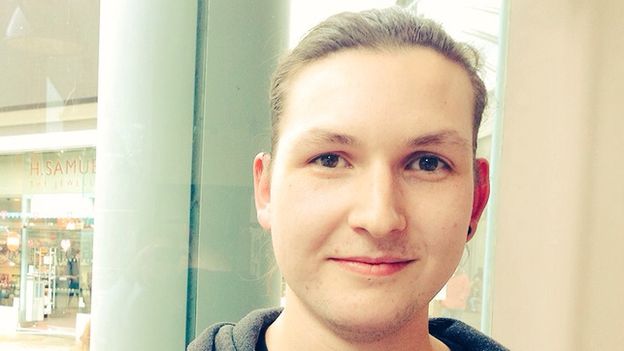 Life on a zero hours contract 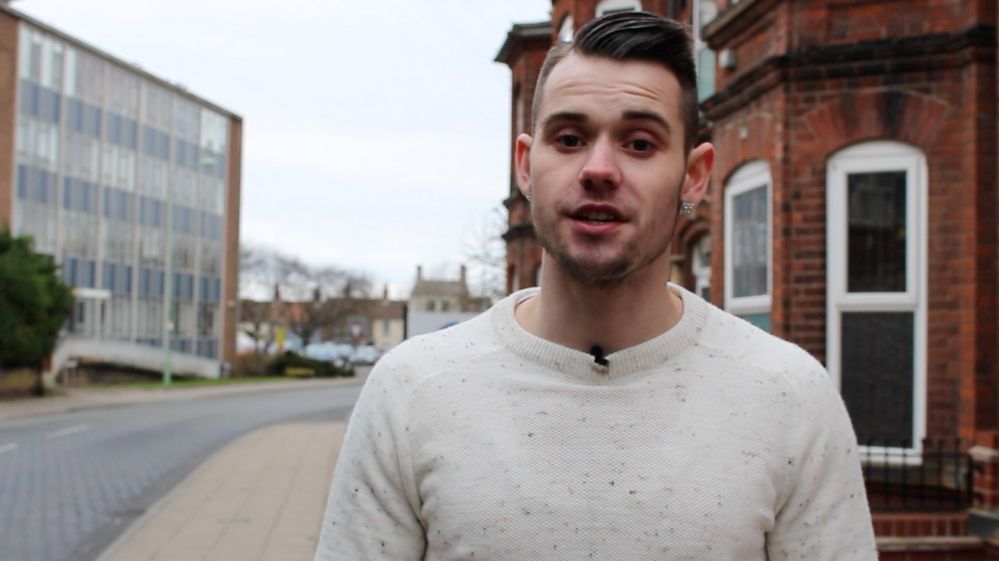 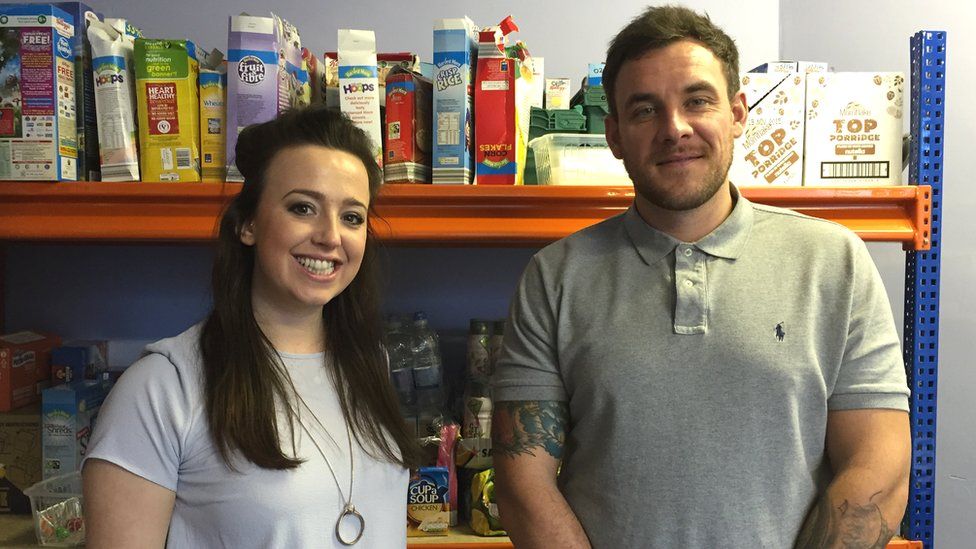 Image caption Laura and Tom run the food bank. They also mentor people to help them get into work

Laura's colleague Tom Radcliffe says around 40 people have used the service since it opened.

One of them is 19-year-old Kyle Ayres, who's currently looking for work.

"There's embarrassment, there's shame with going to other food banks," he says.

"If you see a young person at the food bank you automatically think he's been partying at the weekend, he's spent all of his money and he's using the food bank services when he doesn't really need it. 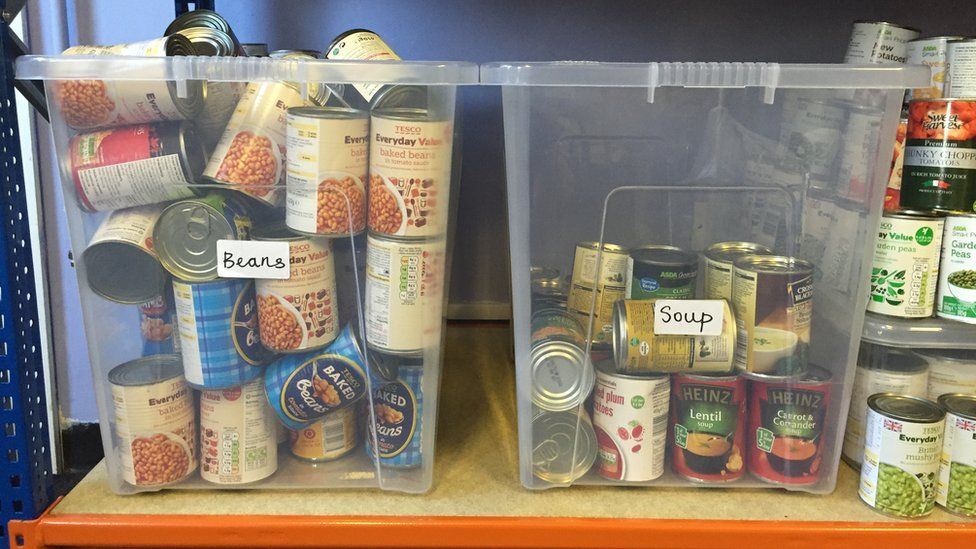 People can choose what they want, within reason. Some of the most popular items are UHT milk, soup cans and instant mash. Other things on offer include cereals, juice cartons and rice.

Tom says they also get healthier things such as fresh fruit and vegetables.

"As we're only open one a day a week [the challenge is] maintaining the fresh food without it going off. When we do get it delivered, we try and get that out as fast as we can."

He and Laura also give advice on what can be used to make a good, balanced meal.

Unlike regular food banks, people don't need to be referred by someone like a doctor or social worker.

All they have to do is fill out a form, which asks things such as why they've come. There's also a counsellor available.

"When people come here we find out why they're attending," explains Tom. "We want to put something in place so they're not reliant on us." 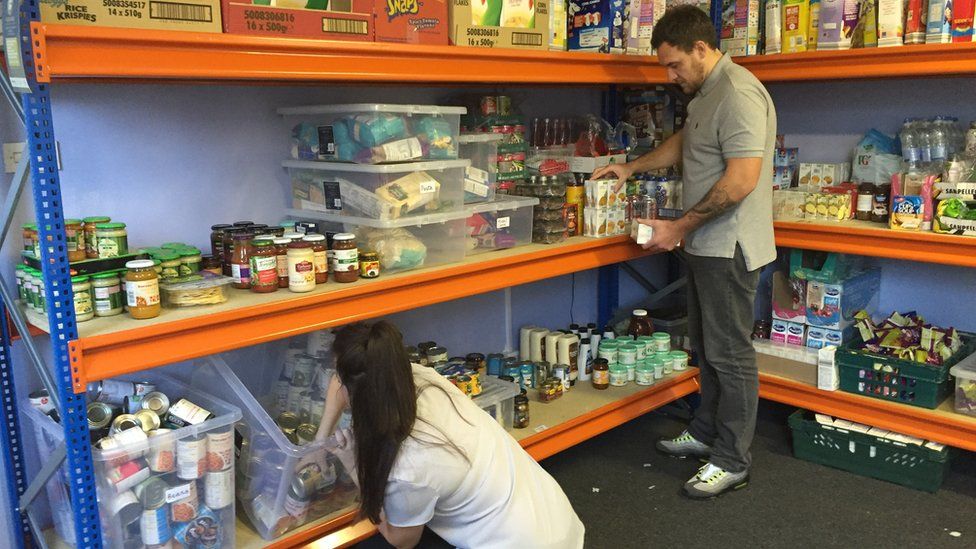 Image caption The food is provided through donations or unused and unsold stock from supermarkets, companies and farms

Kyle started using food banks after he had his benefits sanctioned, which is when payment is stopped because certain rules have not been followed.

Tom says this is the main reason that people give for using the food bank.

"They've had their benefits stopped and they have no money for two, three, four months. I personally feel the Jobcentre is too strict."

They can only go so far to help you, they can give you this food but it's ultimately up to you
Kyle

A government spokesperson said: "Youth unemployment is at its lowest for a decade and this government continues to support young people into work through Jobcentre Plus and a massively expanded work experience scheme.

"The number of sanctions is falling and they are only ever imposed as a last resort." 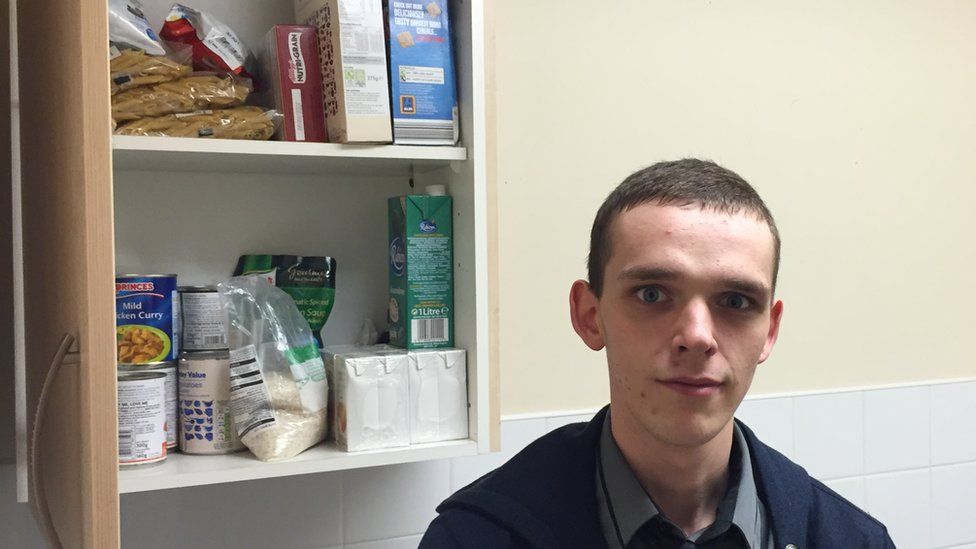 Some critics think that food banks are only a temporary fix and don't actually solve the actual problem.

Kyle says: "They can only go so far to help you, they can give you this food but it's ultimately up to you.

"So I will have a little bit of money freed up to go towards helping me get a job, which means then I won't need to use the food bank because I'll be able to afford everything."