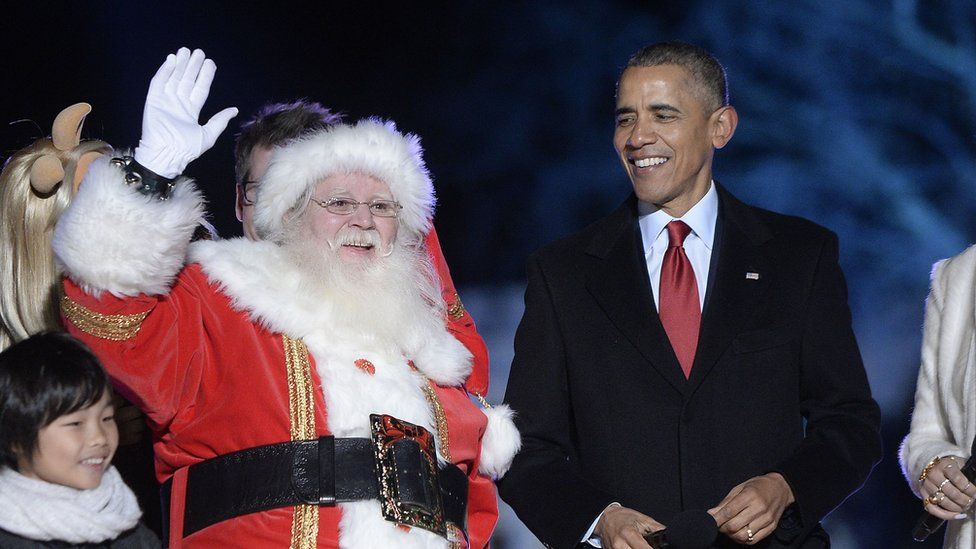 Barack Obama has revealed the songs which put him in a festive mood after publishing his Christmas playlist.

His top choice is O Tannenbaum, a German song based on traditional folk music which translates as O Christmas Tree.

The First Lady, Michelle Obama, also helped to curate the playlist, which features favourites like All I Want for Christmas is You, by Mariah Carey.

Destiny's Child, The Jackson 5 and Stevie Wonder all make an appearance.

The Obama family are spending Christmas in Hawaii. 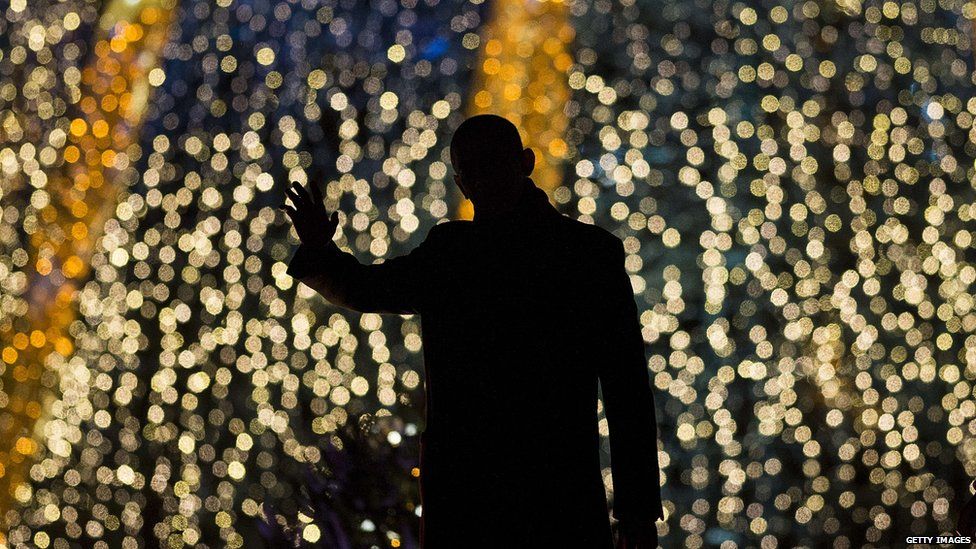 Frank Sinatra's version of The First Noel is on the list, as is Little Drummer Boy sung by Whitney Houston and Have Yourself a Merry Little Christmas, by Luther Vandross.

This is not the first time President Obama has publicised his favourite songs on the streaming service Spotify.

Earlier this year he shared his summer daytime and evening playlists. Mrs Obama also produced a list to mark International Day of the Girl.

They are spending the time in the run-up to Christmas at home in Delaware.

All I Want for Christmas is You - Mariah Carey

Santa Claus is Coming To Town - The Jackson 5

Do You Hear What I Hear - Yolanda Adams

Away in a Manger - Kenny Burrell

Have Yourself a Merry Little Christmas - Luther Vandross