Ever get the feeling you keep matching with the wrong people on Tinder?

Well, maybe you should let the True Love Tinder Robot help you - if you live in America that is.

A robotic hand swipes left or right for you based on how much your hands sweat when you see someone's profile. You have to put your hands on two sensor pads for it to work.

It's been created by Nicole He, a graduate student at New York University.

It took the 26-year-old about a month to make the device. 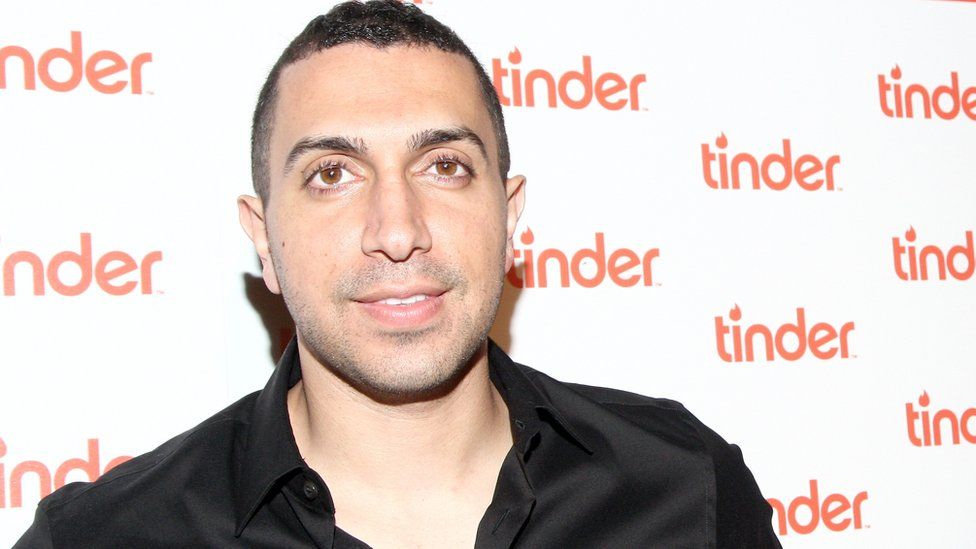 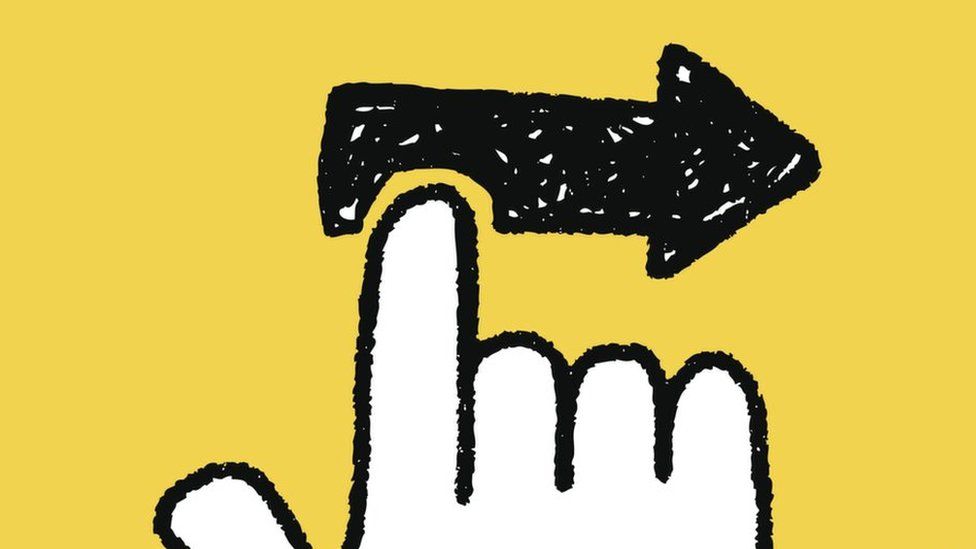 Tinder changes the way you match 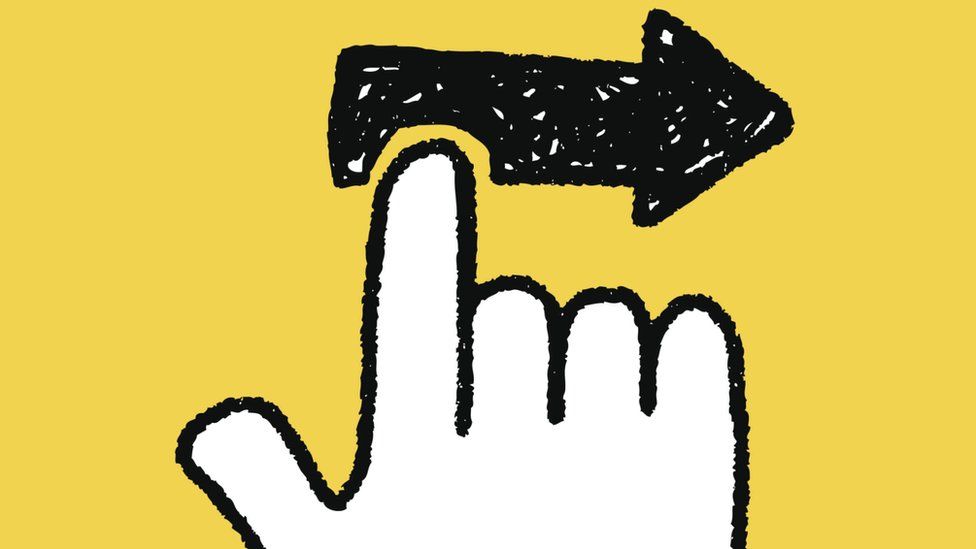 "I built it with a microcontroller called an Arduino, which is like a tiny computer," she explains to Newsbeat.

"I wrote some code to tell the robot how to read the data coming in from the user's body, which changes slightly as the user looks at different Tinder profiles."

The robot also says certain phrases depending on what's happening. 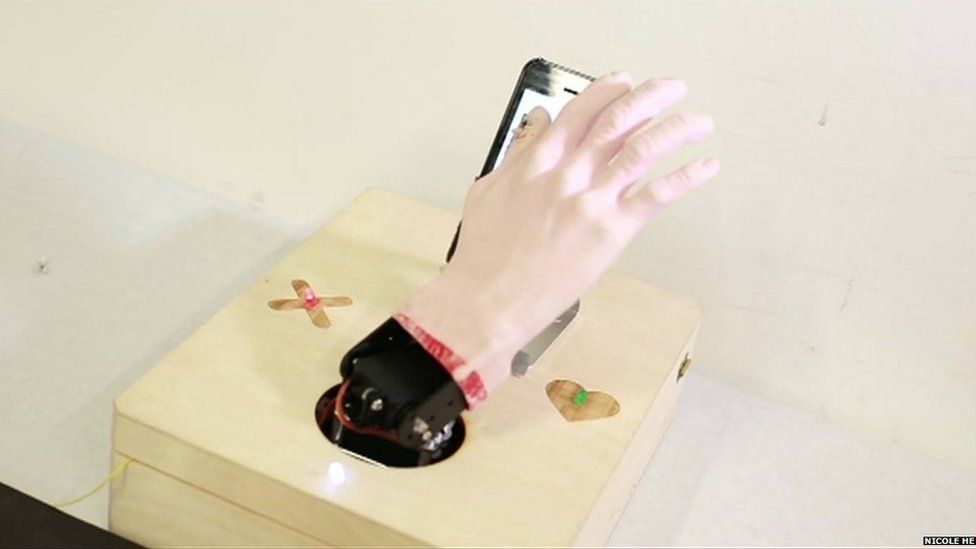 You might be surprised to learn that Nicole doesn't actually use Tinder herself.

So why focus on the dating app?

"Tinder is a provocative subject for an art project because it's dehumanising and tantalising at the same time."

The idea came to her as she was sleeping. She jolted awake and wrote it down on her phone.

"For modern single people, it can often feel like a necessary evil to throw yourself at the mercy of a computer, desperately hoping to make a connection with another human being at the other side.

"What I'm trying to do with the True Love Tinder Robot is heighten these feelings of ambivalence about using technology as the mediator of romance." 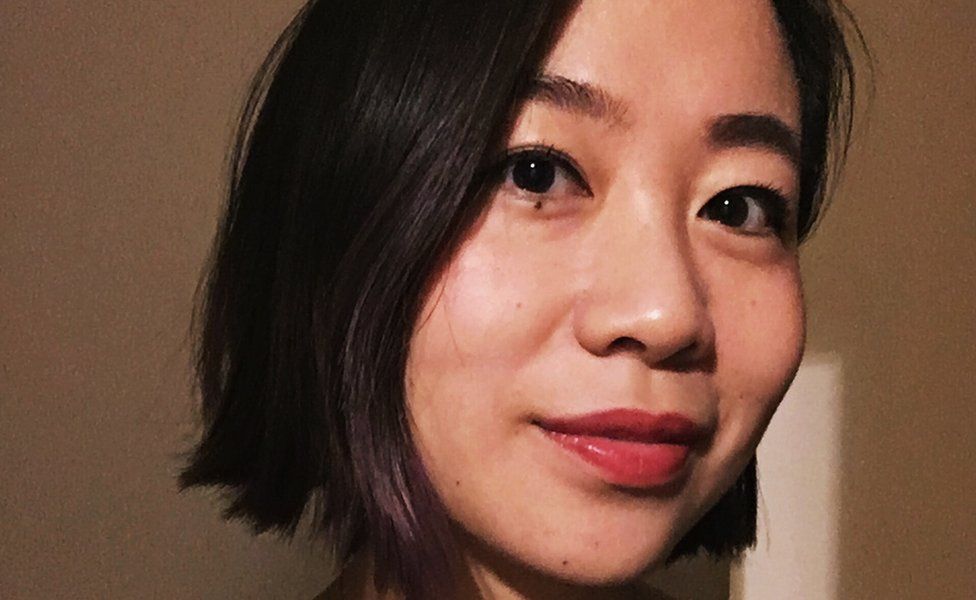 At the moment the robot lives in Nicole's locker, but she's hoping to get people to try it with their real phones and Tinder accounts.

It's going on show next week at an exhibition at her university.

"It will definitely find them love," claims Nicole.

But has she found true love?

"I'm not going to answer that one," she laughs.