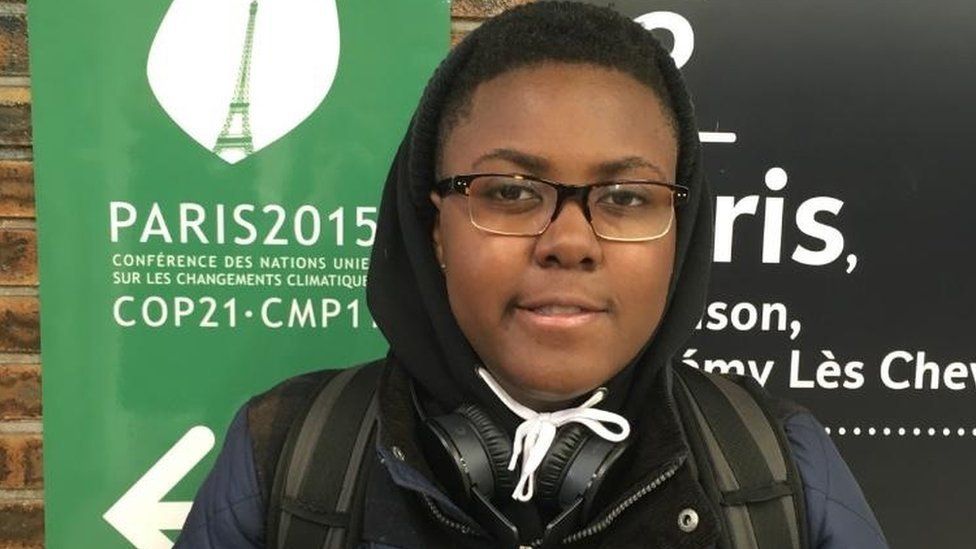 World leaders are hoping to finalise a global agreement on how to cut climate change at the COP21 summit in Paris on Saturday.

Sixteen-year-old activist Victoria Barrett from New York has been there for the past two weeks.

"I'm really trying to voice how climate change is going to disproportionately affect my generation," she tells Newsbeat.

"It's important that these agreements are made in order to protect the sustainability of my generation's future."

She's in Paris representing the Alliance for Climate Education, an organisation that aims to teaches young people about climate change. 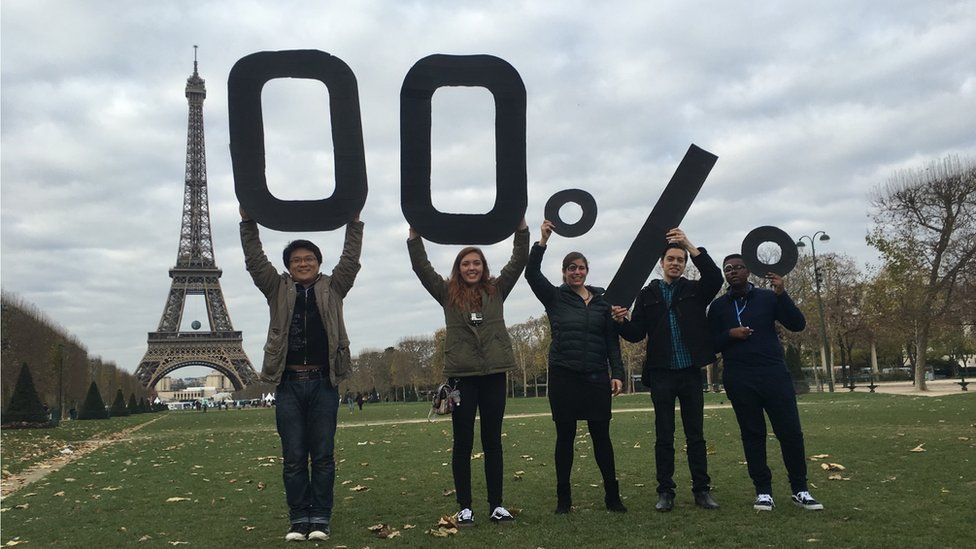 "And, in solidarity with the island nations, campaigning for 100% renewables by 2050."

On what she'd like to see in the final agreement, Victoria says: "I'd like to see an appropriate amount of recognition of human rights.

"I really hope that they insert something about compensation for island nations and smaller countries that have been impacted by developed countries' emissions."

She also wants a section on young people.

"Basically protecting our rights and children's rights particularly to have a sustainable future." 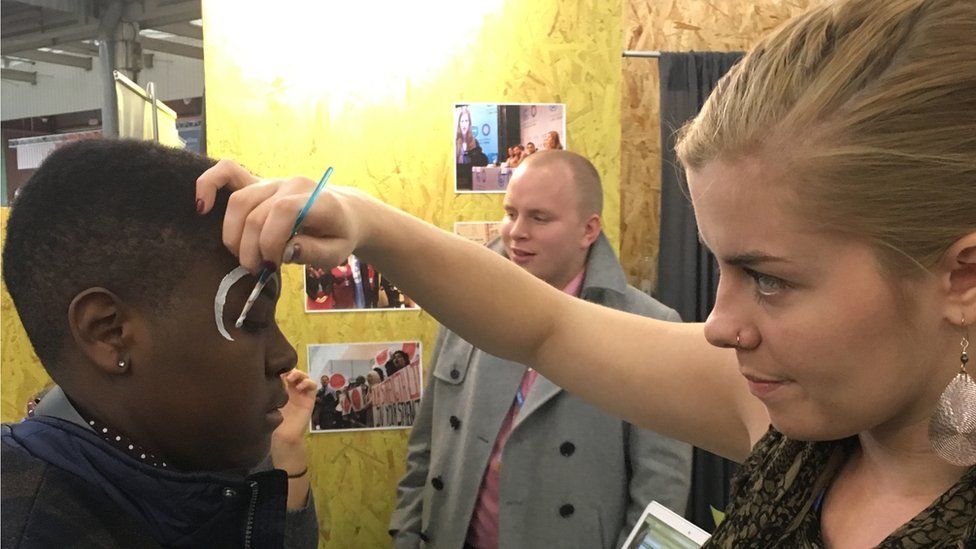 That's the basis of a lawsuit that Victoria is filing against the US government, along with 20 other young people and climate scientist Dr James Hansen.

"We're basically suing the US federal government, including Barack Obama, for failing to protect our right to life, liberty and property by allowing the funding and extensive use of fossil fuels within our country, and also losing the public trust."

Last month, fossil fuel companies were reported to have intervened in the lawsuit.

Victoria thinks it means they're "scared, which is good".

The lawsuit's ultimate aim is to "force the US federal government to make changes in how we fund fossil fuels and the amount of emissions we're giving off," she explains.

She adds that "we're really confident that it's not going to get dismissed".

Newsbeat has contacted the White House for a response. 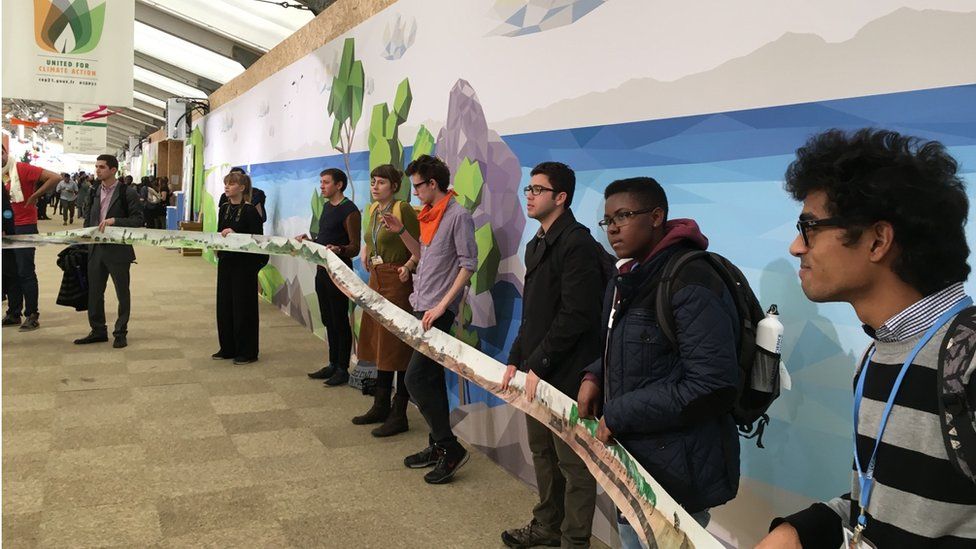 Image caption Victoria with other activists in Paris

"My grandparents' house in Honduras is on the beach and with sea level rising the shore has definitely gotten much closer to our home and the homes in the community that are right there next to the ocean."

Her mum grew up in Honduras.

"When she was younger, they had to walk a bit to get to the beach but now it's right there, maybe 100 yards or so down from the house." 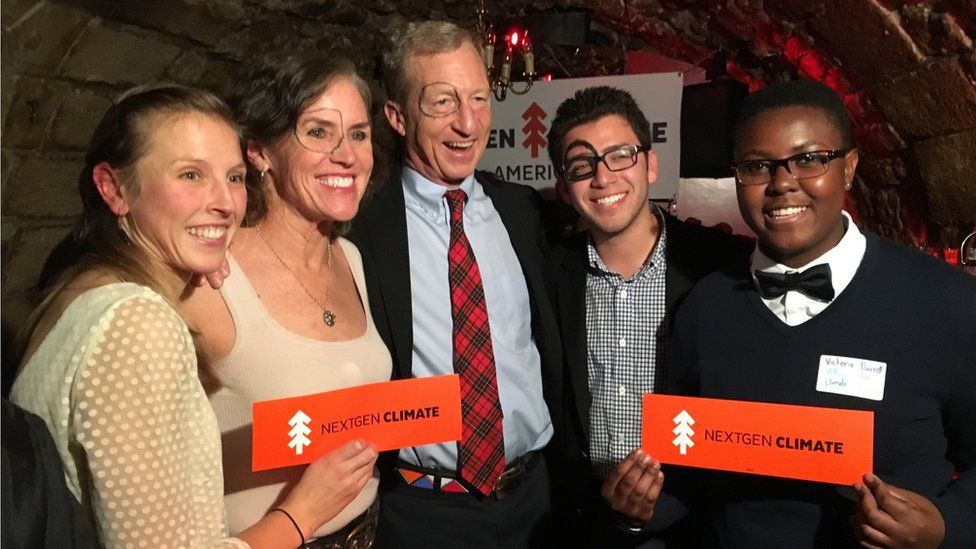 Victoria has been spending the past two weeks doing interviews, taking part in panels and speaking at events.

One highlight was speaking at an event with billionaire Tom Steyer, who is using his wealth to fight climate change.

Victoria says that was "really cool" and he and his wife are "doing a lot of great work".

She also got to meet the minister of environment and energy from the Maldives, a low-lying island nation in the Indian Ocean, as well as former US astronaut Kathryn D Sullivan who now works for the National Oceanic and Atmospheric Administration.

"A lot of just awesome people all around!"