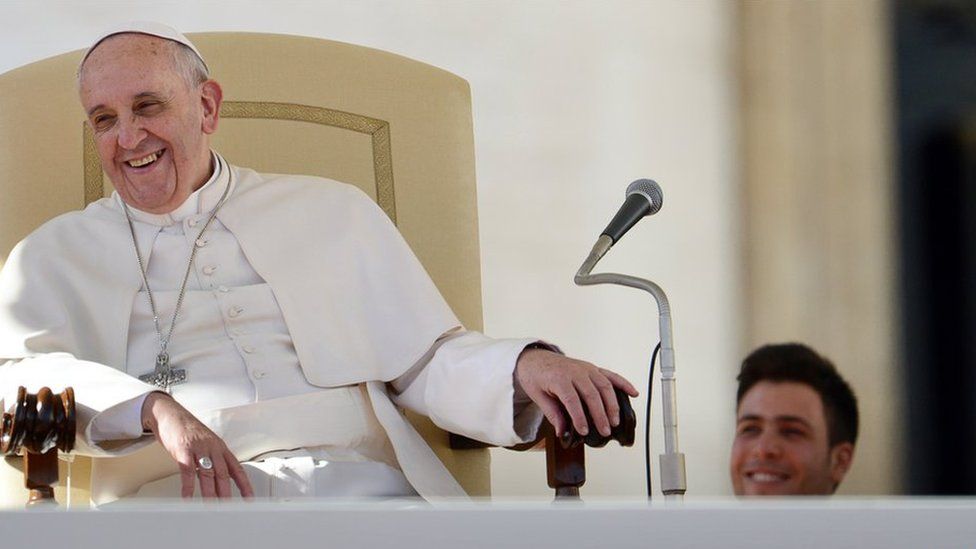 The Pope has released a rock album.

His Holiness announced he was dropping the Vatican-approved record back in September and it's been handed exclusively to streaming site Deezer a week ahead of its general release.

Faithful listeners can expect electric guitar rifts, progressive rock anthems and even the twinkling of a synth.

But despite having God on his side, does Pope Francis have a good ear?

This is how the Vatican are selling it. 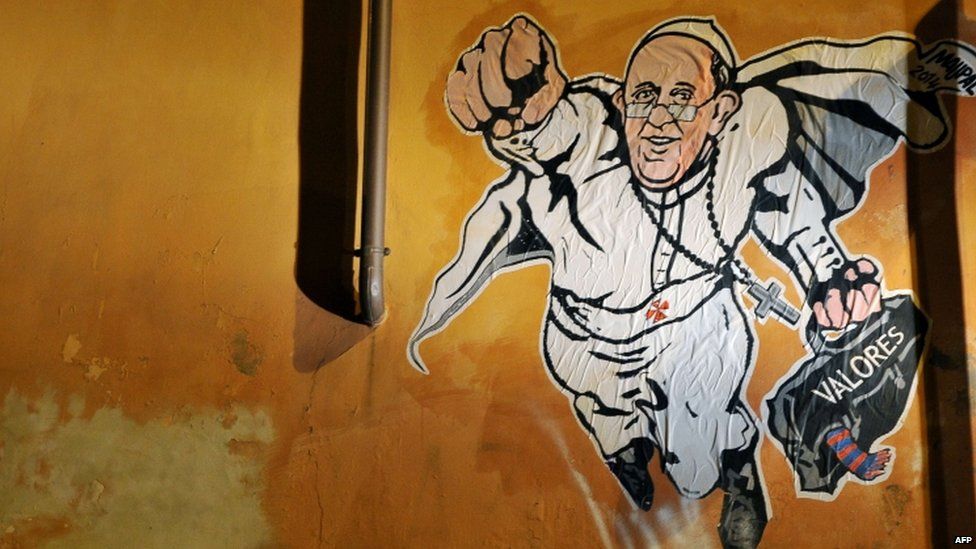 "Pope Francis: Wake Up!" is a collection of 11 tracks containing antiphons and sacred hymns, reimagined by contemporary composers and musicians with Pope Francis' voice, while he recites in four different languages excerpts of the most significant speeches he has made."

Antiphons are psalms or prayers sung in alternate parts.

In the album, the Pope also seeks to cover philosophical and ethical issues, much as he does on his Twitter account.

The Vatican release reads: "Pope Francis: Wake Up!" includes tracks where the Pontiff addresses universal issues such as peace, the environment, taking care of the people most in need, faith and family.

"Pope Francis speaks in Italian, Spanish, English and Portuguese throughout."

On first listen, I would have to say the album is stretching the truth when it comes to branding itself rock.

Nothing really gets traditional rock until the title track, Wake Up! Go! Go! Forward!

It has a vibe of 80s rock on that track.

The first track off the album, Annuntio Vobis Gadium Mangum gently eases the listener in, with a hymn and the pope greeting a crowd in Italian. The six minutes and fifty three seconds are hauntingly beautiful.

Perhaps unsurprisingly, the whole album is reverential, but don't expect to hear the pope singing along in verse to any of the hymns. His voice is in spoken form throughout.

But all in all, a very pleasant listen, or at least it calmed me right down for a Friday.