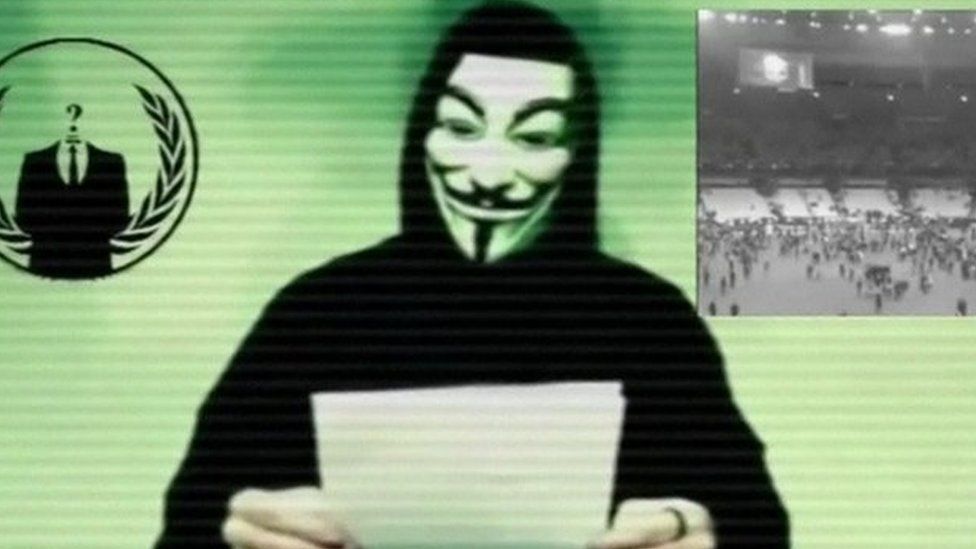 Anonymous is promising its "biggest operation ever" against Islamic State militants (IS).

The hacking group's "declared war" against the extremists after the attacks in Paris on Friday.

In a YouTube video, a spokesman wearing the group's signature mask said they would use their knowledge to "unite humanity".

Speaking French he warned IS members to "expect us", saying "Anonymous from all over the world will hunt you down". 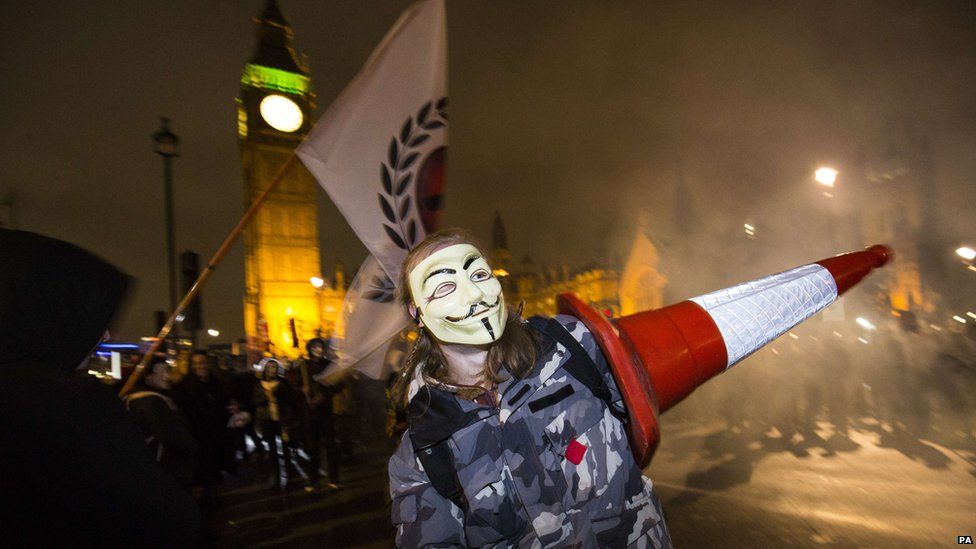 The group made similar threats after the Charlie Hebdo attacks in France earlier this year.

It's since claimed to have disabled thousands of IS-linked social media accounts.

So what happens now? We've asked technology expert Dan Simmons from BBC Click and Charlie Winter, a security analyst specialising in IS, to shed some light.

What does 'declaring war' mean?

"It means we're likely to see attacks on the IS website, any related websites, recruitment sites, social media and if Anonymous goes down the hacking route this time, it could mean communications disrupted too," says Dan.

"They'll also be reporting accounts sympathetic to IS to social media firms and they're encouraging members of the public to help," he adds.

Charlie says it's all about "disrupting" IS.

"In the past it's been limited to getting accounts suspended, getting content taken down, identifying IP addresses," he says.

"But it's disruption rather than meaningful challenge. It won't solve the problem. It'll be interesting to see if it goes further than they have before."

How badly could this hurt IS?

"As a disruptive influence it does help close down some of the IS publicity machine.

"The big recruitment accounts usually pop back up quickly but it's important to challenge the spaces these people have monopolised.

"These accounts are very important for IS."

But Dan thinks Anonymous has the potential to cause more disruption than it has in the past.

"If so, who is more resilient, them or Anonymous?" he asks.

"The hackers have said in their statement they will vigorously attack and they will attack without end. So yes, they can put their sites back up but it's a huge amount of disruption." 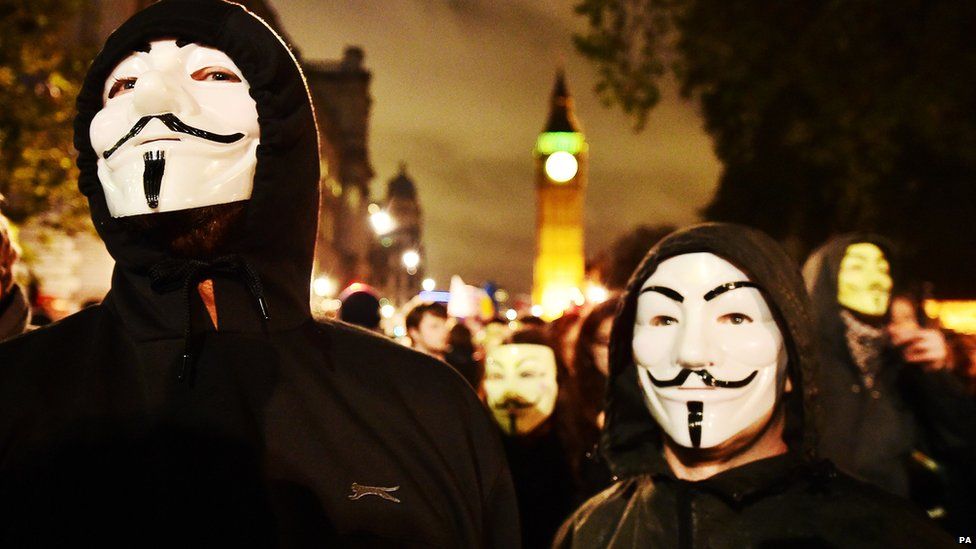 Could it make things more difficult for the security services?

"This action will concern the security services," claims Dan.

"Security officials can take down any website - but they don't. And that's because they're able to track people who use them.

"Those people who are most serious - potential attackers - will usually manipulate their computer's identities to avoid detection.

"But having these sites removed could mean missing an opportunity to flag extremists at an early stage."

Charlie doesn't think security services will be too worried though.

"It's very rare you get decent intelligence among people tweeting or speaking openly," he says.

Is Anonymous just looking for its own publicity?

Charlie believes there's "real intent there to damage IS".

"Having seen them declare this war a number of times, there is a surge of activity after," he says.

"They do gather a lot of dangerous accounts and have them suspended so I think it's really positive."