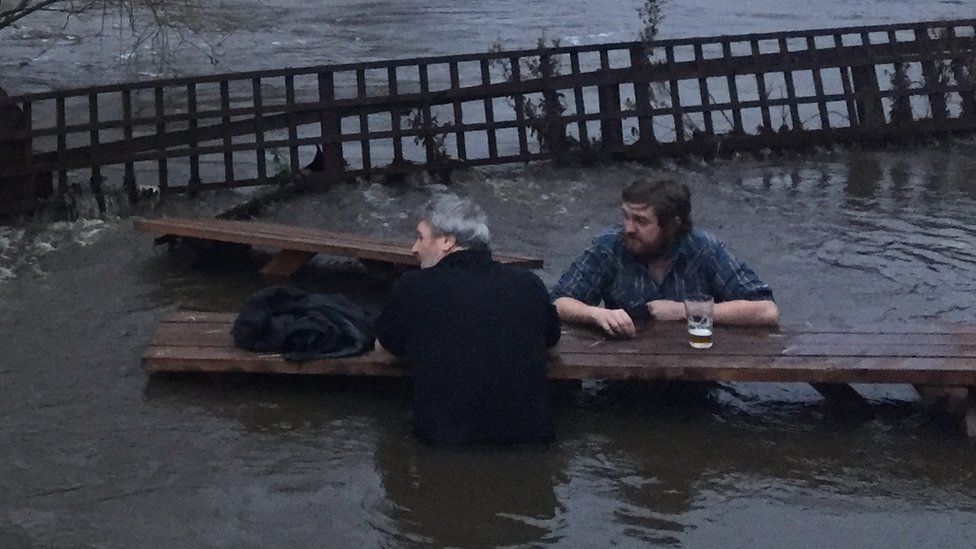 After the outside of their pub flooded in Leeds, there was only one thing to do for John Kelly and Steve Holt...

Embrace the rain, get wet and have a pint.

"The water came in pretty quickly and pretty heavily and once we realised, Steve (the pub's owner) drove off to get some sandbags," the manager of the Kirkstall Bridge Inn tells Newsbeat.

"I stood and shouted at the water but it didn't seem to do much.

"Then we realised it wasn't getting any higher and the damage had already been done, so we decided we might as well sit in the beer garden anyway and have a pint," said John.

The water came to within a couple of feet of the Kirkstall Bridge Inn's back door.

"It was remarkably cold. The first 15 minutes were a little bit uncomfortable but once we settled down it was surprisingly therapeutic, to sit not just by the river but in the river.

"It was a little surreal but it just became normal," he adds. "It was nice." 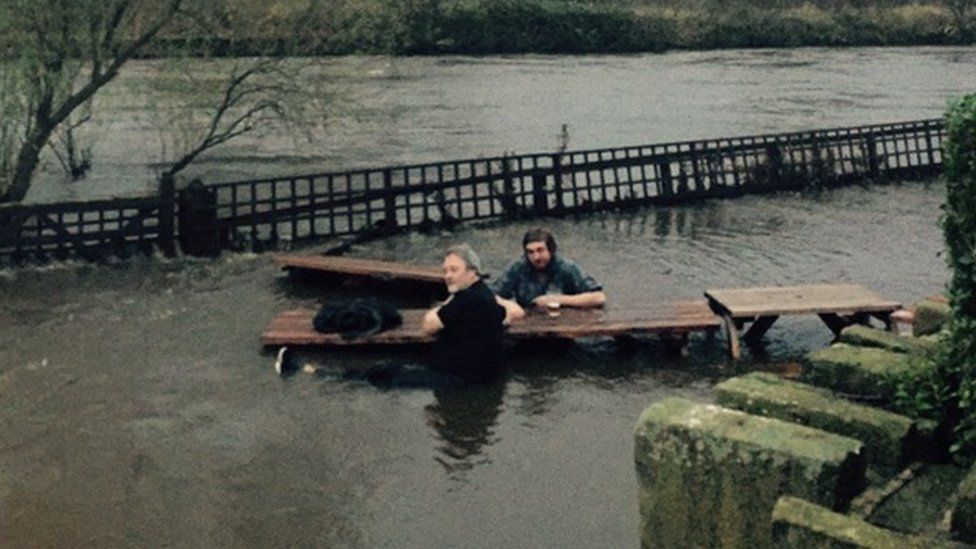 John says there were no seats available inside the pub at the time. It was full of customers having Sunday lunch.

"So it was either loiter outside or sit in the river," John explains. "We just thought we're not going to get beaten by a river, we're going to have a beer.

"The customers thought we were pretty stupid - they're probably right," he says. "Especially the parents who'd told their children off for running too close to the river.

"A crowd gathered and eventually we got shouted out by Steve's missus and we had to get out like naughty little boys."