Jennifer Lawrence may have spoken up about the gender pay gap, but Kate Winslet's not so keen.

"I'm having such a problem with these conversations," Kate tells Newsbeat.

"I understand why they are coming up but maybe it's a British thing. I don't like talking about money; it's a bit vulgar isn't it?"

Women being paid less than men for the same job caused headlines again recently when Jennifer Lawrence wrote an essay about it.

Don't expect the Winslet essay on this subject anytime soon.

"I don't think that's a very nice conversation to have publically at all," admits Kate.

"I'm quite surprised by these conversations to be honest, simply because it seems quite a strange thing to be discussing out in the open like that.

"I am a very lucky woman and I'm quite happy with how things are ticking along." 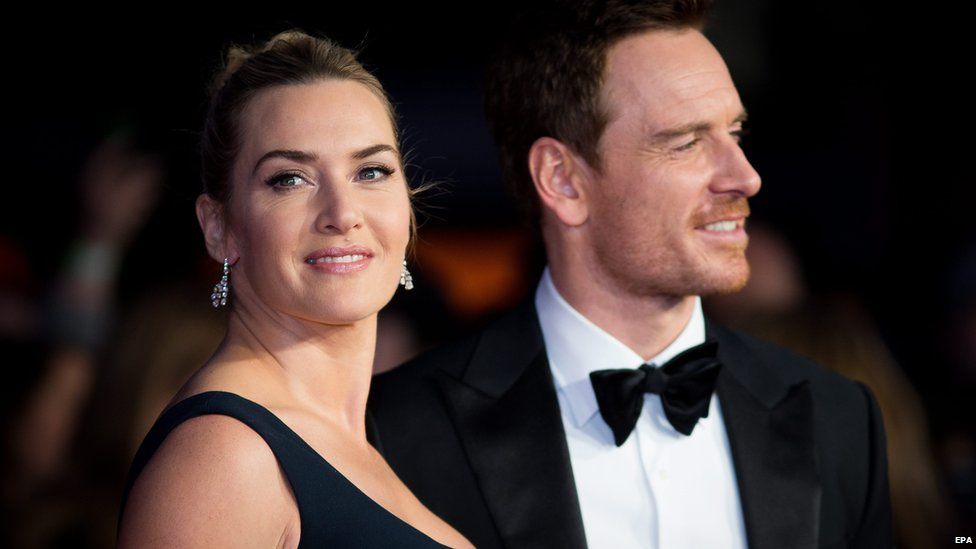 Kate Winslet stresses that it would be "dangerous" for her to comment on other people's comments but visibly squirms when asked if she's ever had to cope with sexism in the film industry.

"Honestly no," she says.

"And if I'd ever been in that situation I would have either dealt with it or removed myself from it. I find all this quite uncomfortable.

"I haven't ever felt that I've really had to stick up for myself just because I'm a woman."

Kate Winslet stars alongside Michael Fassbender in Steve Jobs, the movie about the iconic co-founder of Apple, released in UK cinemas this week.

She plays Joanna Hoffman, who was part of the original launch team for the first Macintosh computer, and a colleague much respected by Steve Jobs.

Image caption Is it a bird? Is it a plane? No it's a computer Michael Stuhlbarg, Michael Fassbender and Kate Winslet are looking at in the movie Steve Jobs

Both actors have already won critical praise for their roles, but Kate admits it wasn't an easy task.

"When I read the description of Joanna as being this Polish-Armenian immigrant I just thought, 'right and that's supposed to be me?'"

She says she found the accent "incredibly frustrating and really difficult" and swore a lot at home trying to get it right.

As for life at home with three kids, like many, Kate's not sure if she always gets the work/life balance right. 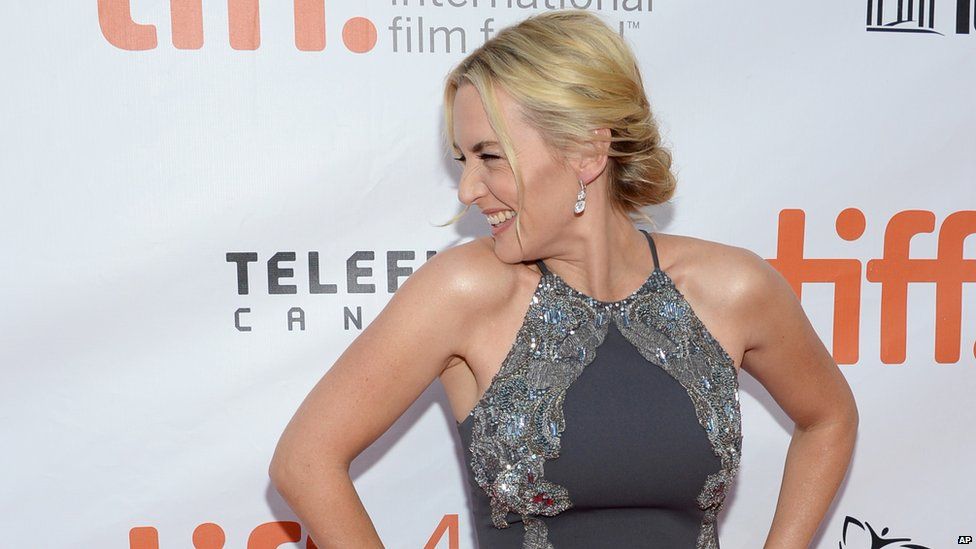 "I'm juggling a thousand balls and probably dropping them as good as everyone else is," says Kate.

She's self-aware enough though to point out that the women she really admires "work 48, 49 weeks of a year, very little holiday, five days a week and are still pulling it all off".

"I get down time and I also get to choose," she says.

"As a woman, for me, that's huge because obviously I want to have time with my children and I get plenty of it so I do feel very lucky."