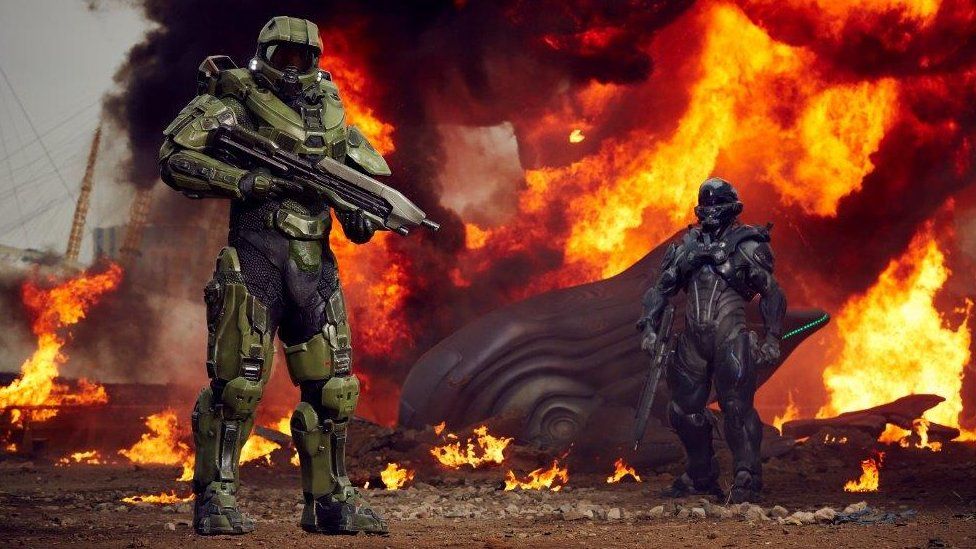 They're gaming's equivalent of Hollywood blockbusters.

For years a first-person shooter (FPS) has been at the top, or very close to the top, of the UK's best-selling games list.

With the daddy of modern shooters coming back, we've been asking the man behind Halo 5 why gamers love them so much. 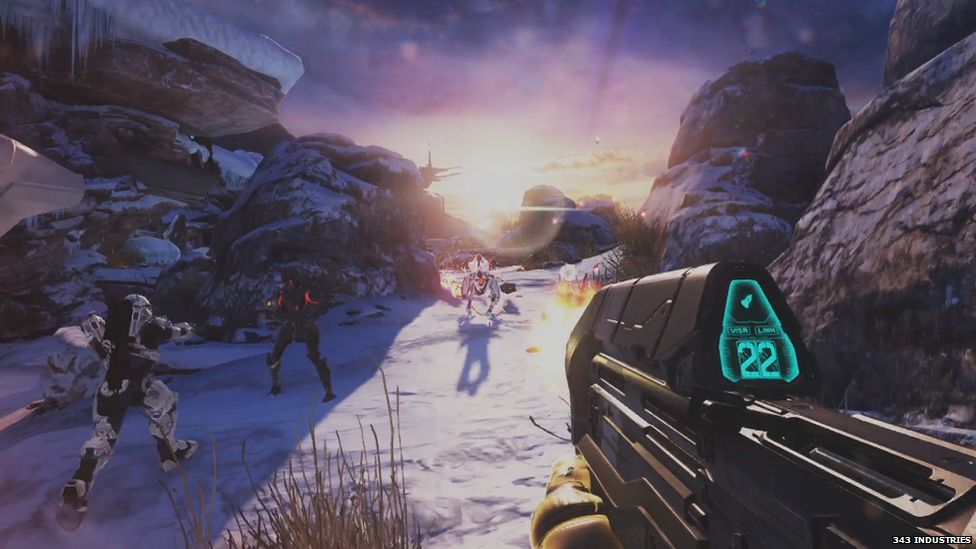 Image caption Halo 5: Guardians is the first new Halo game to be released for the Xbox One, 2014's Master Chief Collection was an update of previous games

"I think the first-person aspect of it is a big deal for people, to feel like you are being a character," Tim Longo tells Newsbeat.

"That's something you can't really do in film or other mediums."

Tim is the creative director of Halo 5: Guardians and responsible for the long-awaited return of its iconic hero Master Chief.

"I've been a shooter fan since there've been shooters," he says. 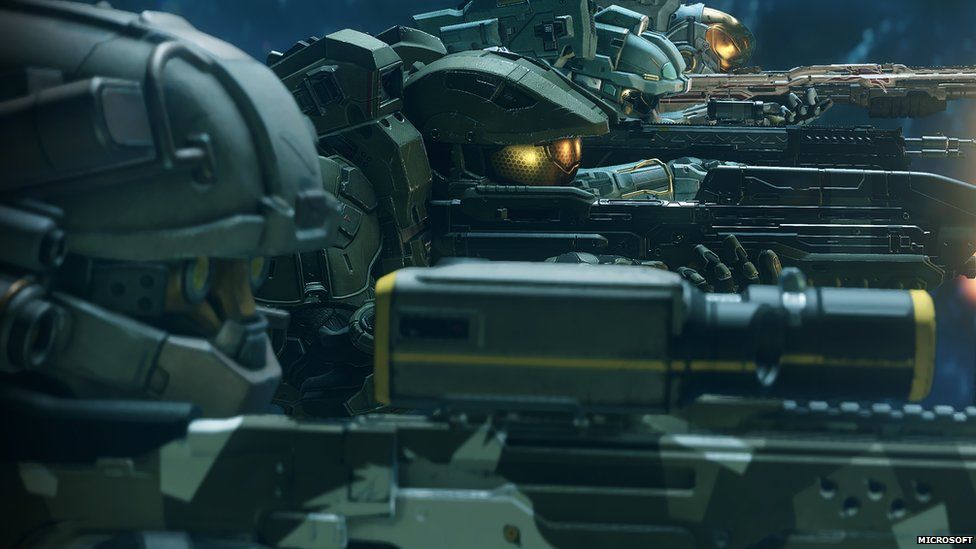 Part of the appeal of FPS games is down to their emphasis on good graphics, he says.

"Shooters have always been cutting edge visually. They've always pushed what every system can do.

"Even since Doom, since the very beginning, and Halo is no different." 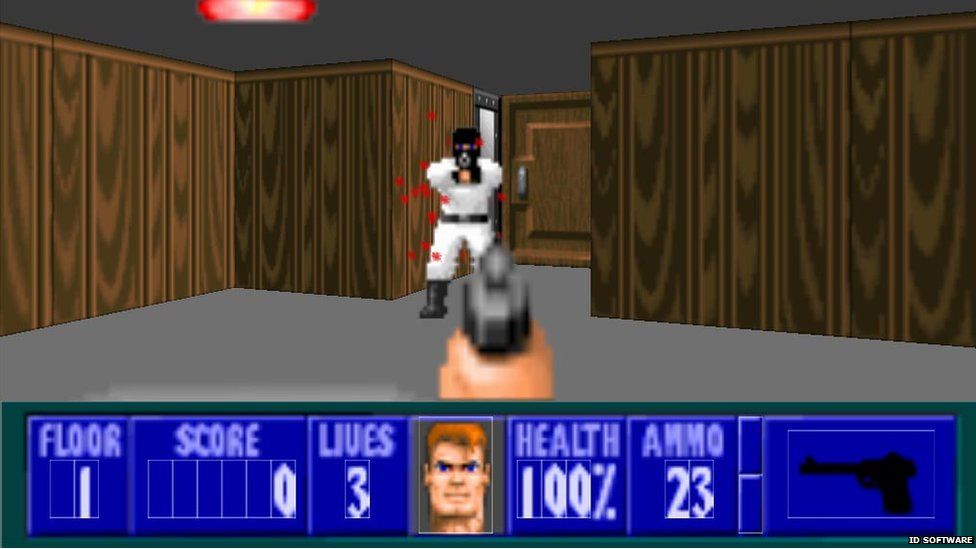 Image caption Wolfenstein 3D was released more than 20 years ago

Wolfenstein 3D, released in 1992, is widely regarded as the granddaddy of shooter games.

Along with Doom, which came out shortly after, it's often credited with creating the template that FPS games would follow for years to come.

But despite their relative success and the emergence of games like GoldenEye on the N64 in 1997, the genre was more popular with PC gamers because of the mouse and keyboard combo used to control characters.

It's a system that many found simpler to use at the time. 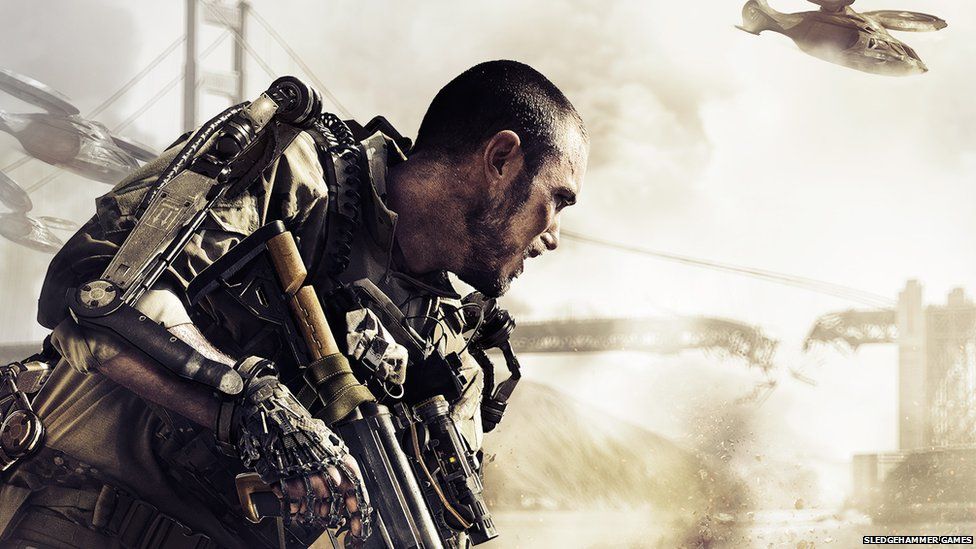 Image caption Call of Duty: Advanced Warfare was second most popular game in the UK last year, in all there were four FPS games in the UK's top 10 of 2014

Tim says that the growth in FPS popularity has a lot to do with how games developers figured out how to make shooters work better for people playing with a control pad.

"Shooters are a little complicated for a casual player because of the control system - the complexity of having to use both sticks.

"When they figured out how to make it work on console, I think that was the spark.

"People figured out that you can make these games more accessible."

It's a development that "Halo owned from the beginning," he says.

"Halo gameplay of the past really set the standard for the genre." 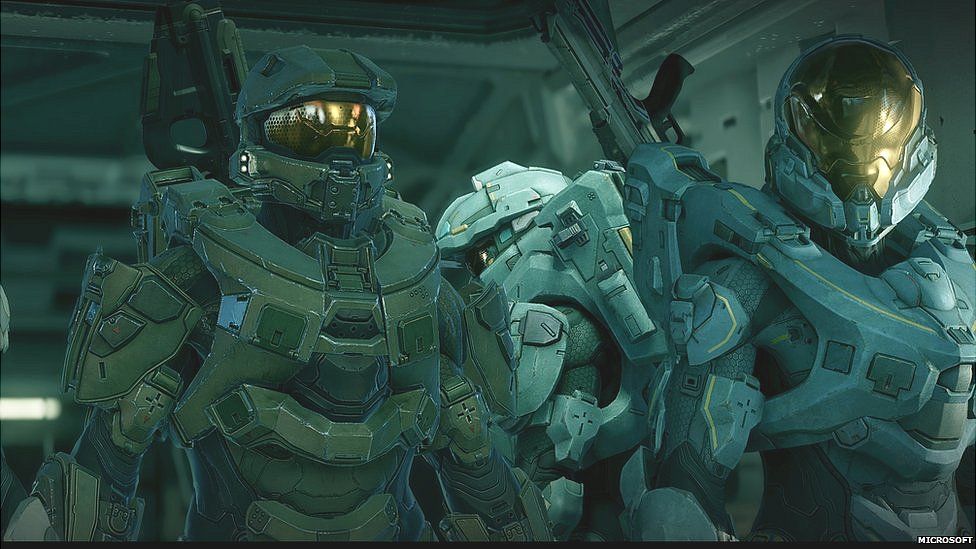 The pressure is on for Halo 5: Guardians to be as successful as other big recent shooters, like last year's Call of Duty: Advanced Warfare.

It's been three years since Halo 4 was released. As an Xbox exclusive, Microsoft bosses will hope that it will persuade gamers to choose the Xbox One over Sony's PlayStation 4.

"It's a competitive market and there's a lot to learn about the genre from all the other games out there," Tim says.

"We wanted to make a game that feels like an evolved version of Halo.

"We're really proud of it. We think it's badass."