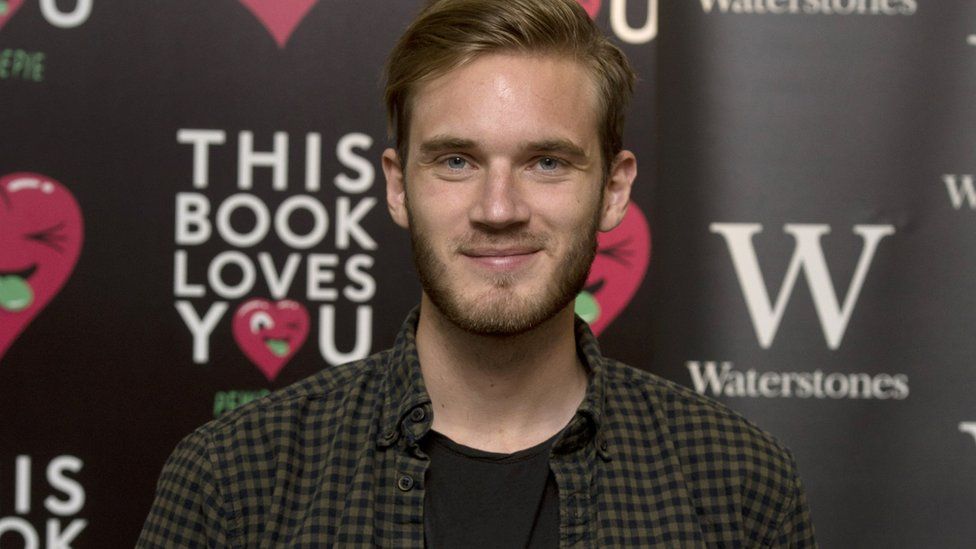 Let's not get greedy, but it would be nice to earn even a fraction of what Felix Kjellberg, aka PewDiePie, does.

So, Newsbeat asked him for his top tips to make it as a successful vlogger. This is his advice.

"Keep having fun with it and don't try to hard. I think a lot of people try and mimic other people too much. Go your own path," he says.

"Try out different things, that's how I started off.

"I started off doing Call of Duty stuff, not a lot of people know that. It's a fun game.

"But all of sudden I was like, I want to try something else, so I tried playing this horror game and that's where I think my initial boom started, from trying something else.

So, assuming you make it big as a vlogger, won't all the other YouTube stars get jealous of your amazing success and massive following?

"I wish there was competition. I want some drama," jokes PewDiePie.

"That's not what I meant. Everyone's really friendly and cool."

But just in case you think it seems easy, PewDiePie says there's more to vlogging than meets the eye.

In a video he posted about his earnings, called Let's Talk About Money, he said: "Whenever it comes out how much I made a certain year, people just get so shocked.

"A lot of people are also very, very angry.

"They think I just sit on my ass all day and yell at the screen over here. Which is true. But there's so much more to it than that."