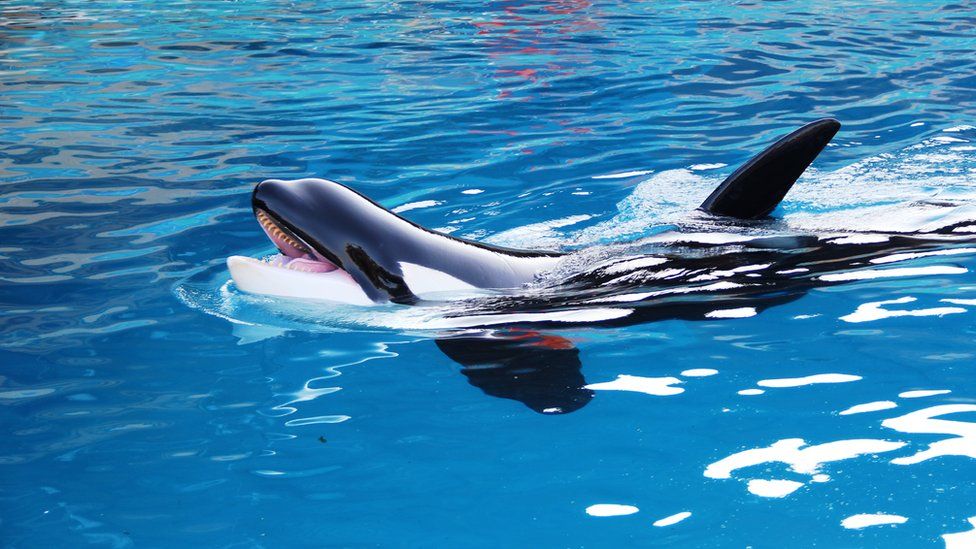 A water park in France is being criticised after one of its killer whales died after recent flooding.

Marineland announced the death of one of its orcas on Monday following extreme weather which killed at least 19 people at the beginning of October.

The biggest sea park in Europe was badly affected by the flooding.

"Marineland is extremely sad to announce the death today at 12pm of Valentin, an orca born at the park," a statement said.

The park won't open again until at least January as the clear-up continues.

The region around Antibes in the south of France received more than 10% of its average yearly rainfall in two days. 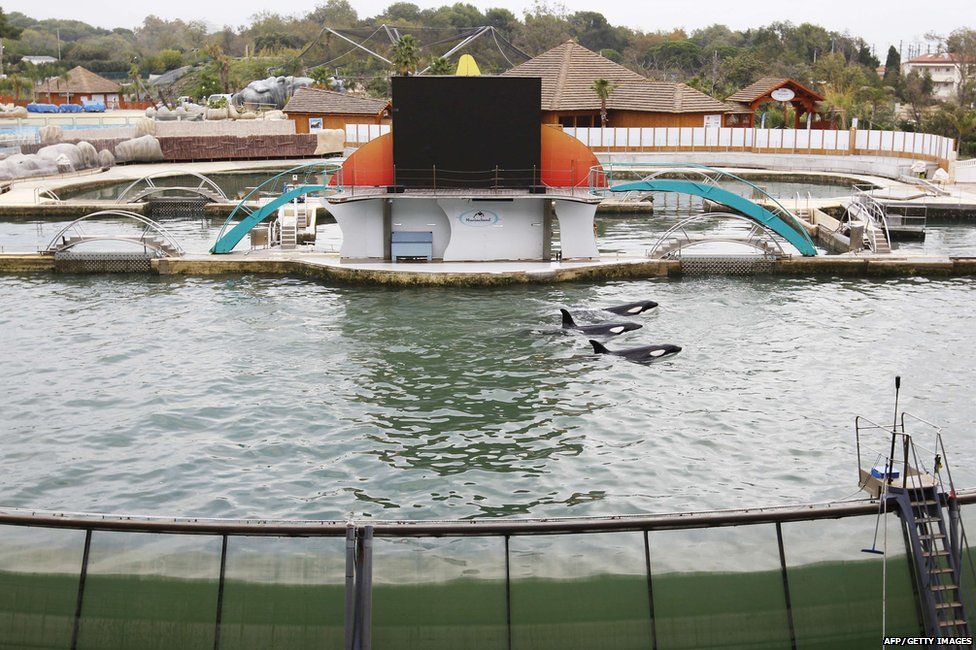 The park also lost a number of sea lions, sharks, turtles and smaller animals in the flooding.

All the orcas at the park are captive-born Icelandic orcas, which are also known as killer whales.

Its statement continued: "We experienced an extremely difficult and unprecedented situation last week and have made ​​every effort to secure the infrastructure devastated by the weather.

"Trainers, experts and emergency services did everything to save the animals and secure facilities.

"We have at this time no explanation on the cause of death, we will do everything to understand. Analyses will be conducted by a team of veterinary experts." 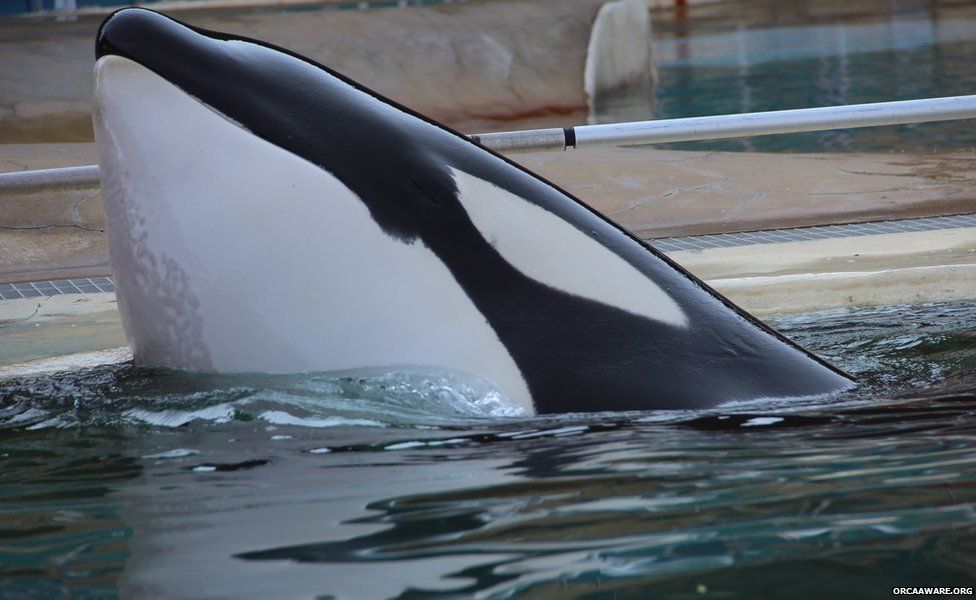 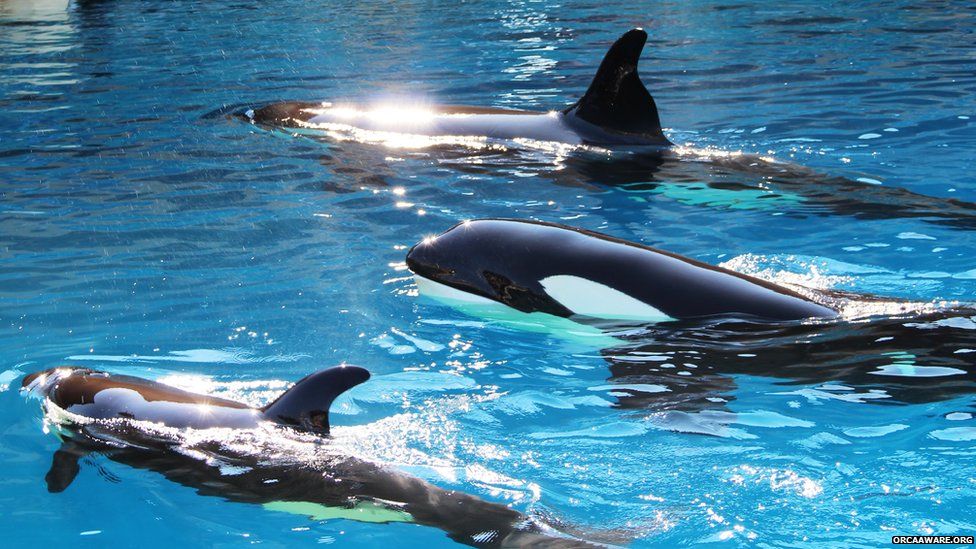 Valentin's mother, Freya, died four months ago and it's thought the stress of losing her may have played a part in his death.

Male orca survival has been linked to their mothers in some wild populations that have been studied.

French animal welfare charity, the Brigitte Bardot foundation, has also accused the park of being secretive about the health of its killer whales.

But Marineland's manager, Bernard Giampaolo, told 20 Minutes News in France that its orcas weren't "dying on the parking lot as some people are saying". 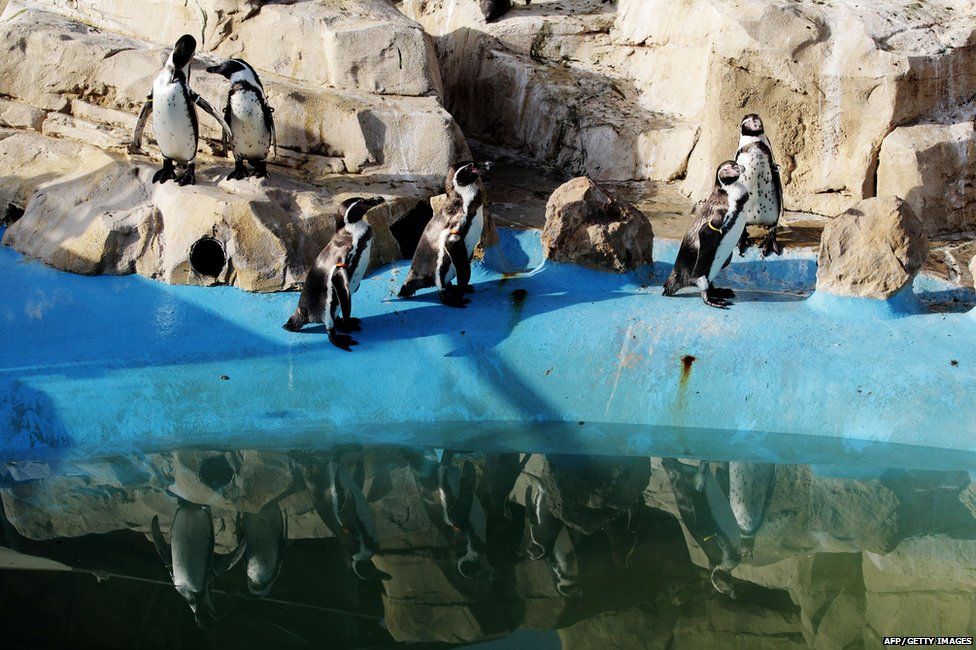 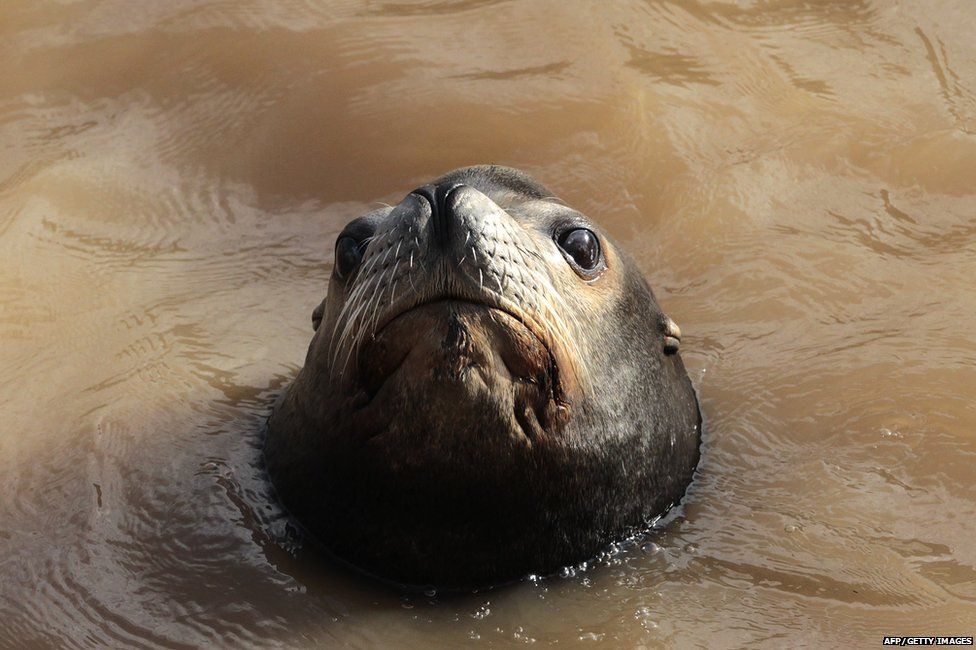 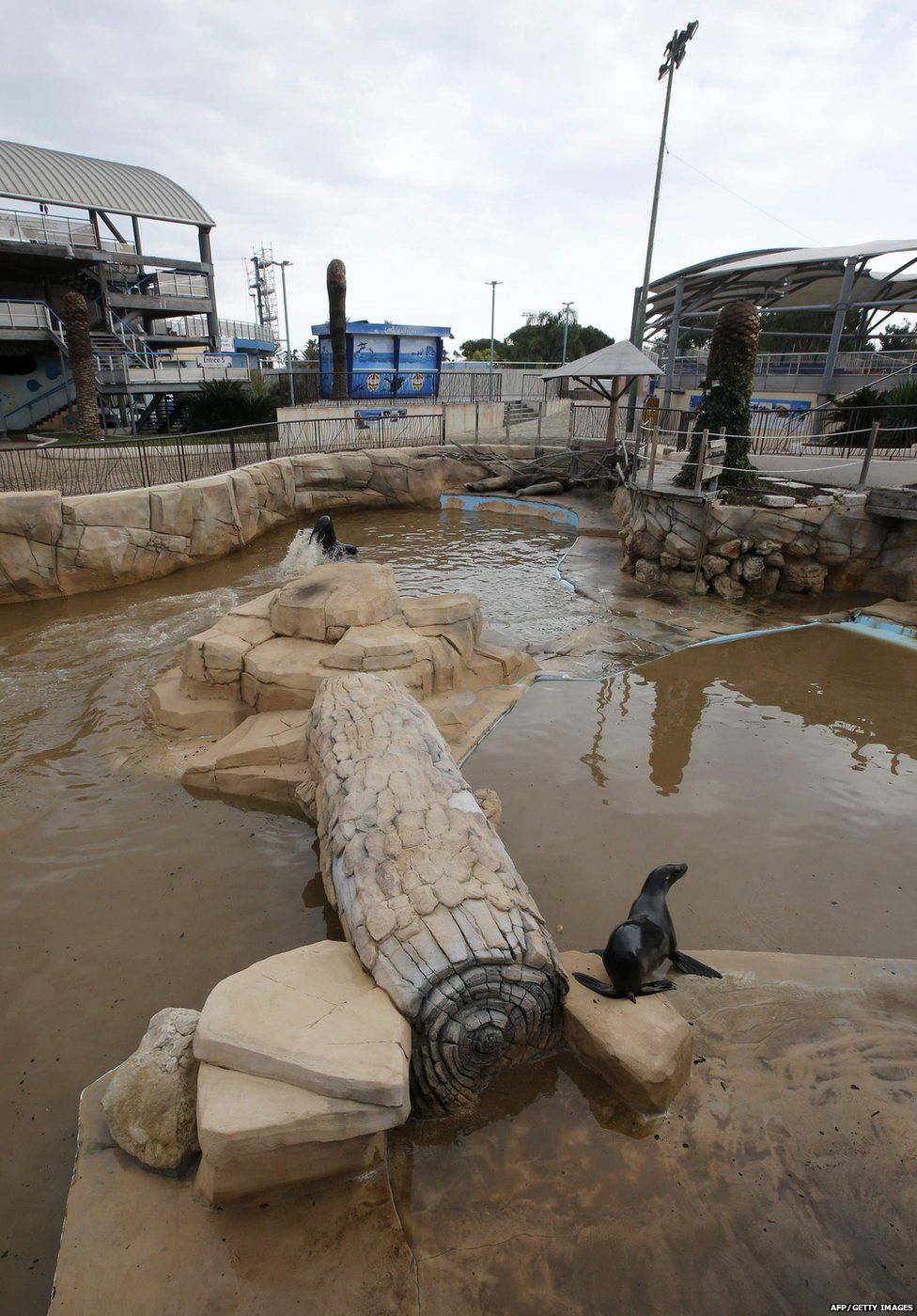 According to Orca Aware, Valentin had a partially collapsed dorsal fin (on top of his body) and had exhibited aggressive and sexual behaviour towards trainers and other killer whales.

They claim he'd also been burping, chewing concrete and bumping his head against tank walls and gates as well as having a skin condition on his chin. 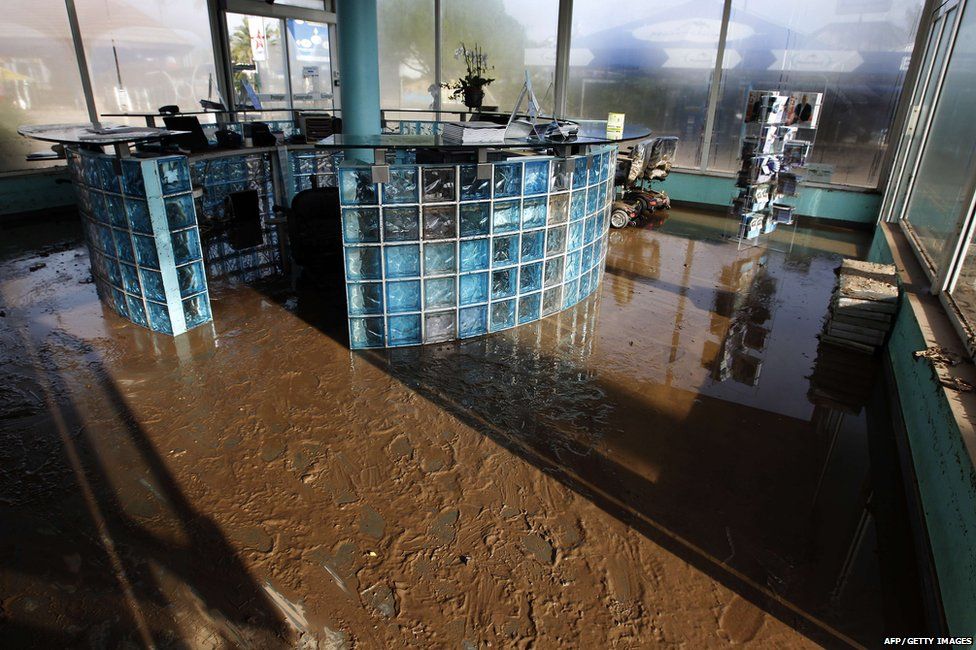 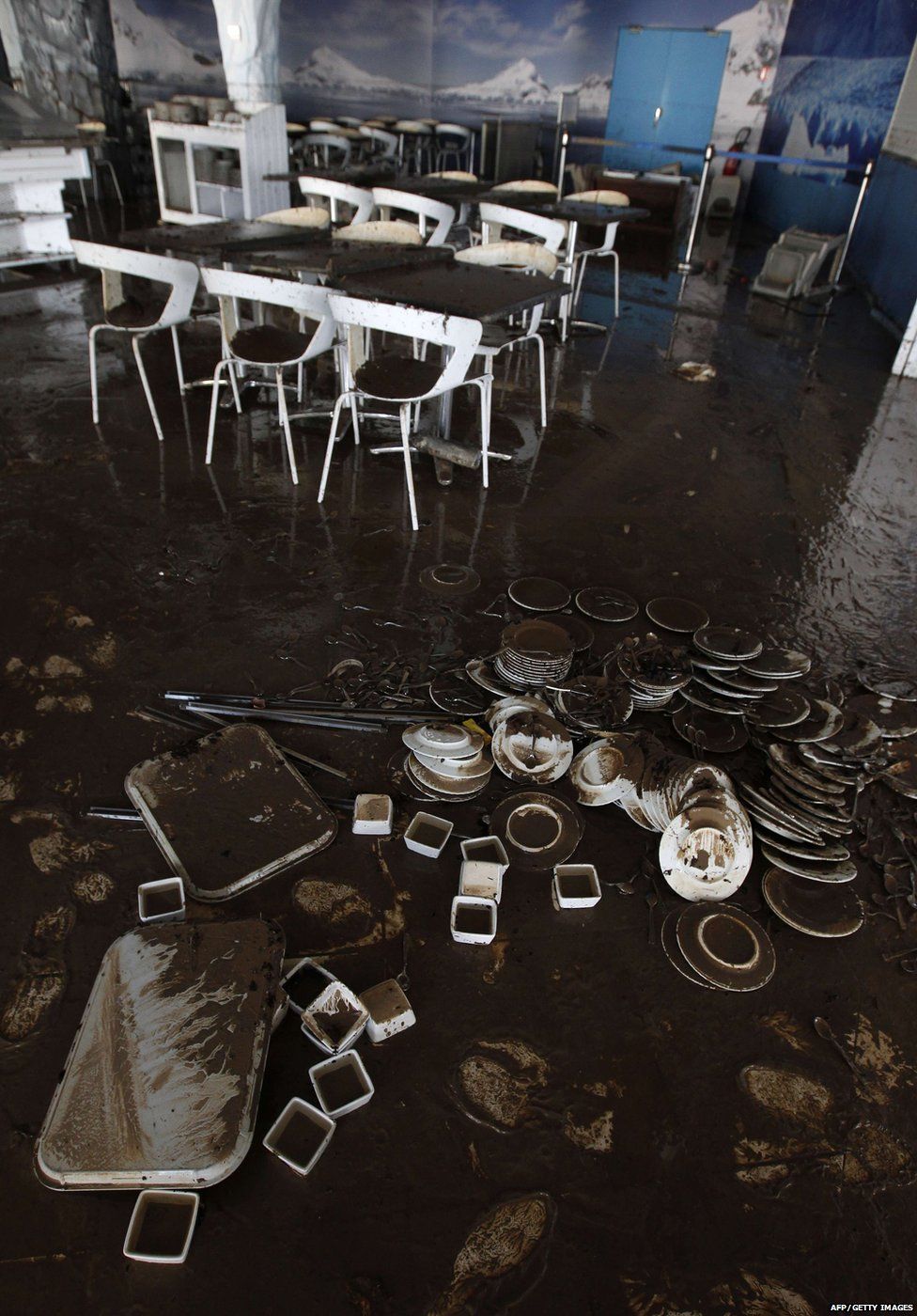 SeaWorld in America has been repeatedly criticised over the treatment of its killer whales over recent years.

It follows the making of the documentary Blackfish, which told the story of Tilikum, a performing killer whale that killed several people while in captivity including SeaWorld trainer Dawn Brancheau.

The animal had pulled her into its pool breaking the trainer's jaw, fracturing part of her vertebra and dislocating one of her elbows and a knee.

Blackfish claims that orcas kept in tanks get bored which makes them aggressive. 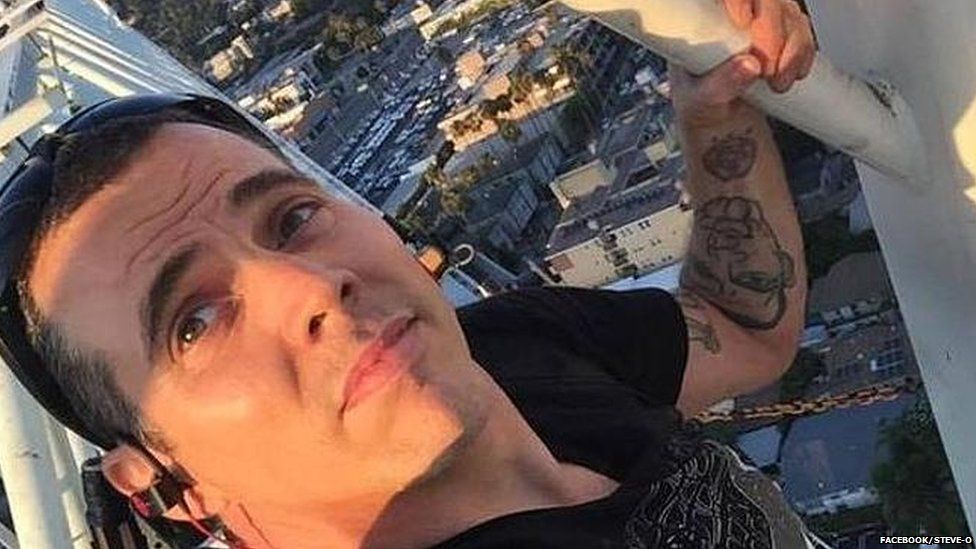 Last week Steve-O from Jackass was told he'd be jailed for protesting against SeaWorld at the top of a construction crane after watching the film.

He was also cited with a violation of California's vehicle code for changing an exit sign on a highway in San Diego to read: "SeaWorld Sucks." 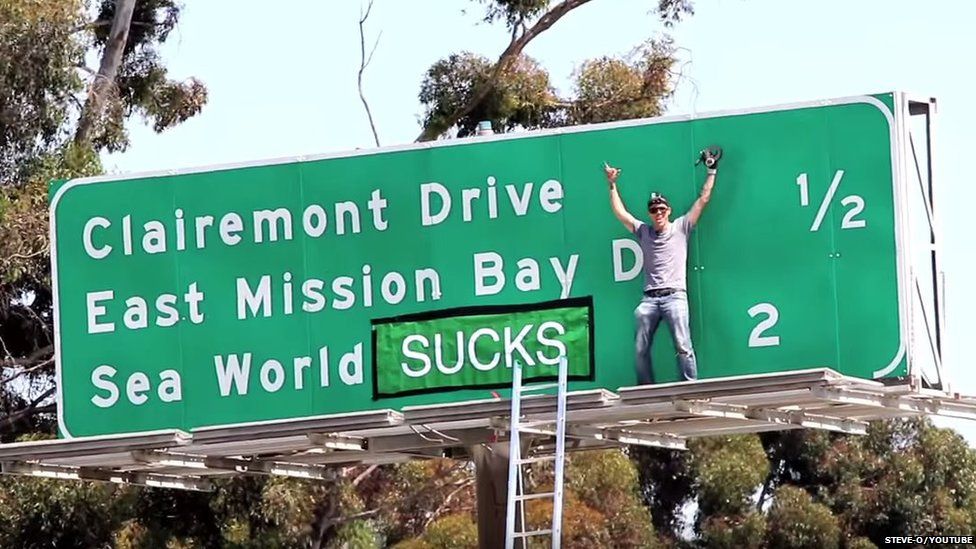 Last Thursday authorities in California turned down a request from SeaWorld to extend its captive breeding programme.

The water park had wanted to build new tanks for its orcas.

The building project was approved "under a condition that would prohibit captive breeding, artificial insemination, and the sale, trade or transfer of any animal in captivity."

In August SeaWorld Entertainment reported an 84% drop in earnings between April and June, compared to the same period in 2014, and a 2% drop in visitor numbers.

It also has parks in Texas and Florida.