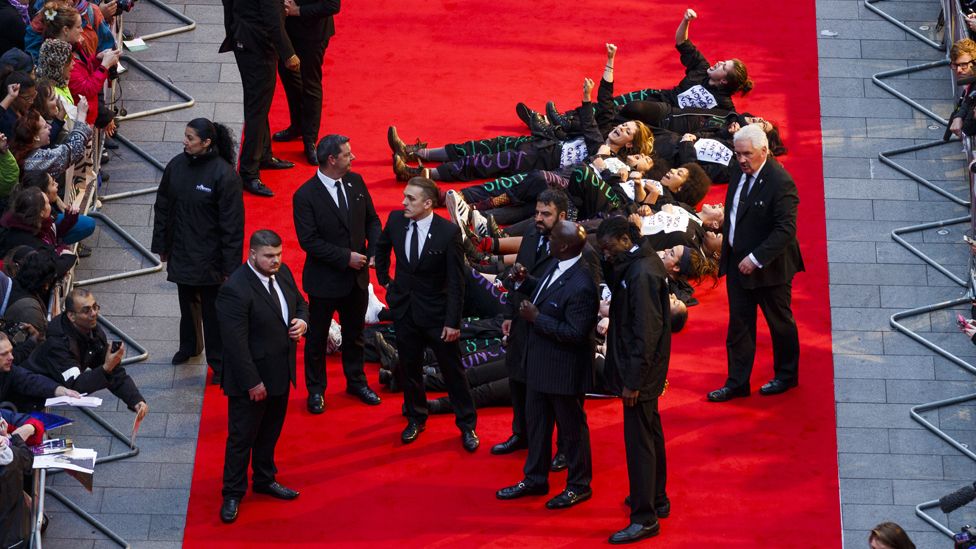 Scenes from real life mirrored those in the drama, which stars Carey Mulligan, Meryl Streep and Anne-Marie Duff.

Women from a group called Sisters Uncut said they were angry at what they describe as "cuts to domestic violence services" as they jumped over the barriers and lay on the carpet.

They lay there while the stars gave interviews to reporters.

'Why I stormed the red carpet' 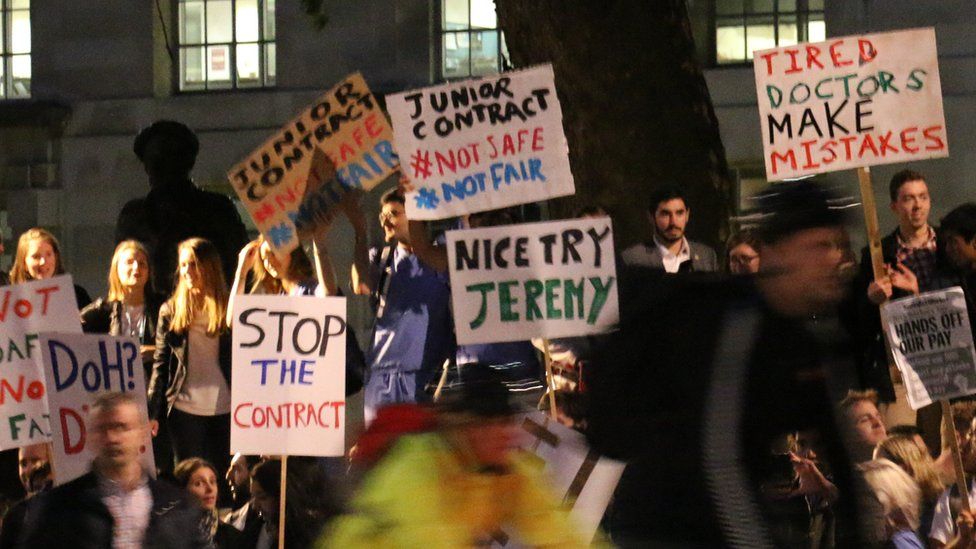 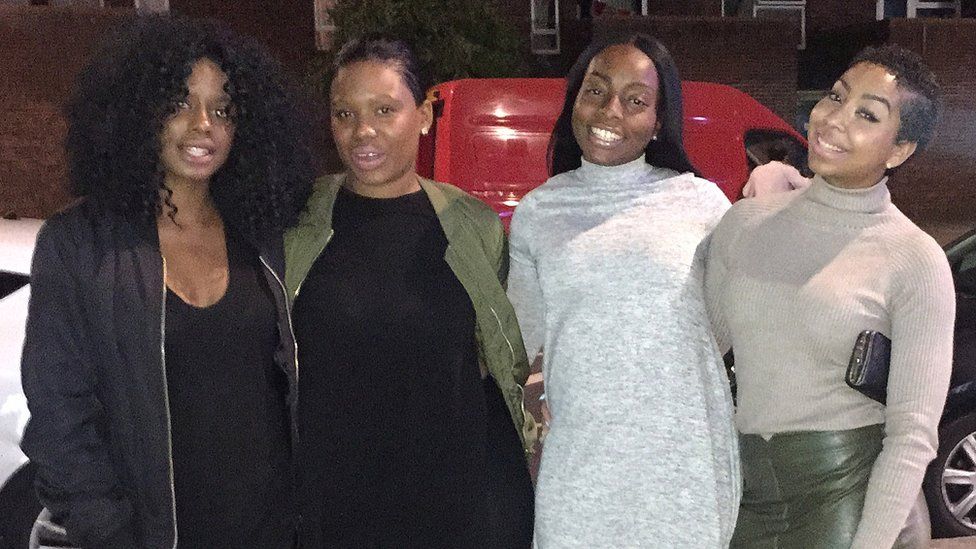 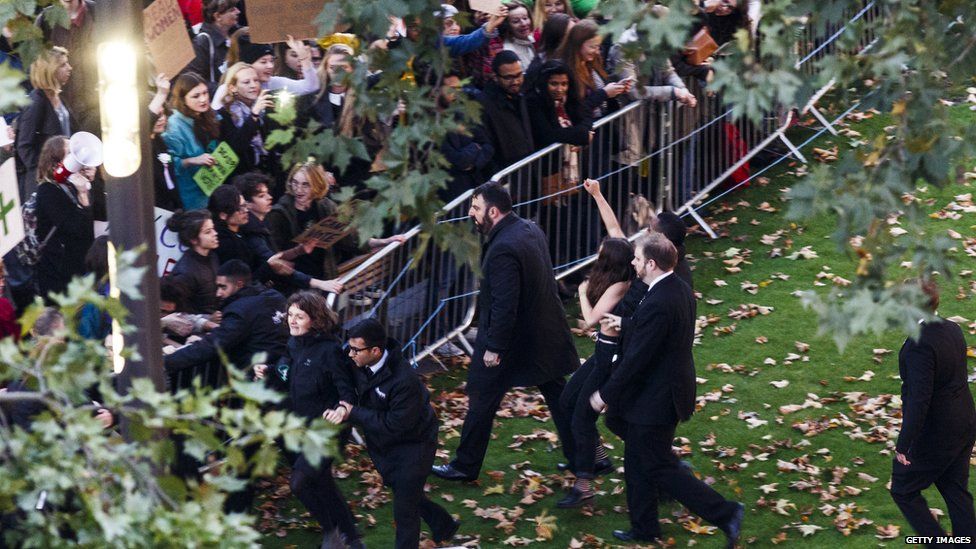 Why Janelle took part, in her own words

"When two women are killed a week by a partner or ex-partner the struggle for women's liberation is definitely not over.

"We came to the Suffragette premiere tonight to draw attention to this fact because not enough people realise the absolute devastation that these austerity cuts to domestic violence services are causing.

"I think the security guards were a little bit confused as to what to do because all they did was kind of stand there.

"But I mean we were not going to move. 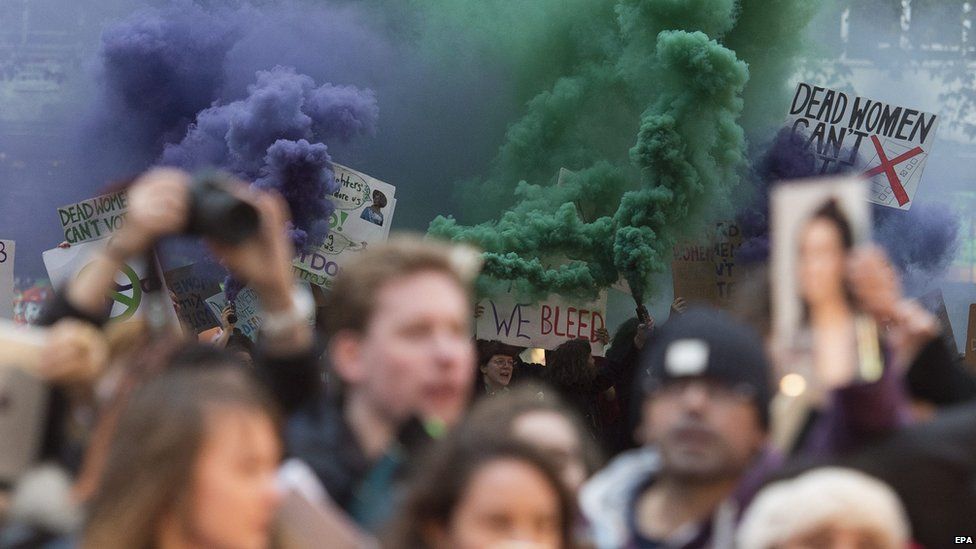 "They came across and said, 'Girls, girls, girls'.

"We said, 'We are not girls, we are women' and we stayed there. 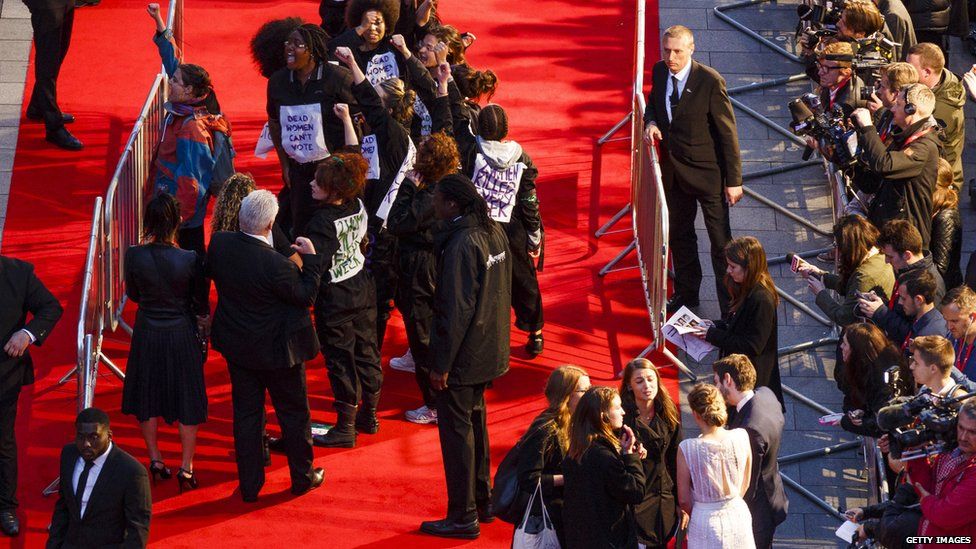 "All we wanted to do was to disrupt the premiere and highlight the cuts and I think we did that successfully.

"We're really exhilarated with the response and we're really happy that we have got lot of attention for this."

The government has responded by saying it's committed to protecting women, with a new "controlling behaviour" offence which carries a five year prison sentence.

There is also a scheme, introduced last year, allowing women to check their partner's criminal history and a £40m budget to tackle violence against women and girls.

A government spokesman said: "Violence against women and girls in any form is unacceptable and the government has shown its commitment to ending it."

Who are Sisters Uncut?

The group describes itself as a "feminist group taking direct action for domestic violence services". 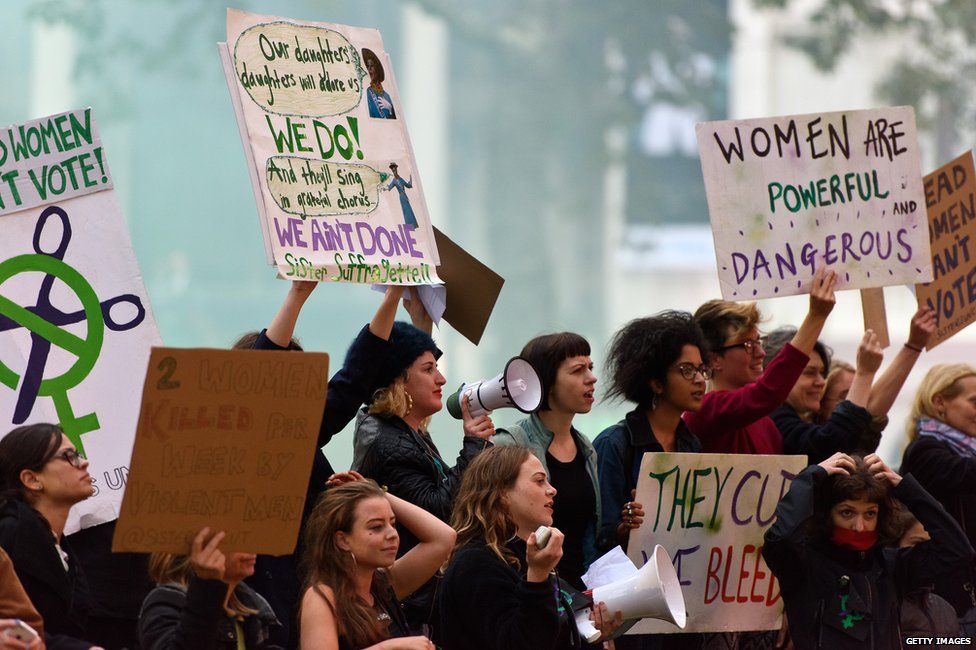 Its manifesto says: "Doors are being slammed on women fleeing violence. Refuges are being shut down, legal aid has been cut, social housing is scarce and private rents are extortionate.

"What's more, local councils are selling out contracts to services who are running them on a shoestring - putting the safety of survivors at risk and deteriorating the working conditions for those who work with abused women.

"To those in power, our message is this: Your cuts are sexist, your cuts are dangerous, and you think that you can get away with them because you have targeted the people who you perceive as powerless."