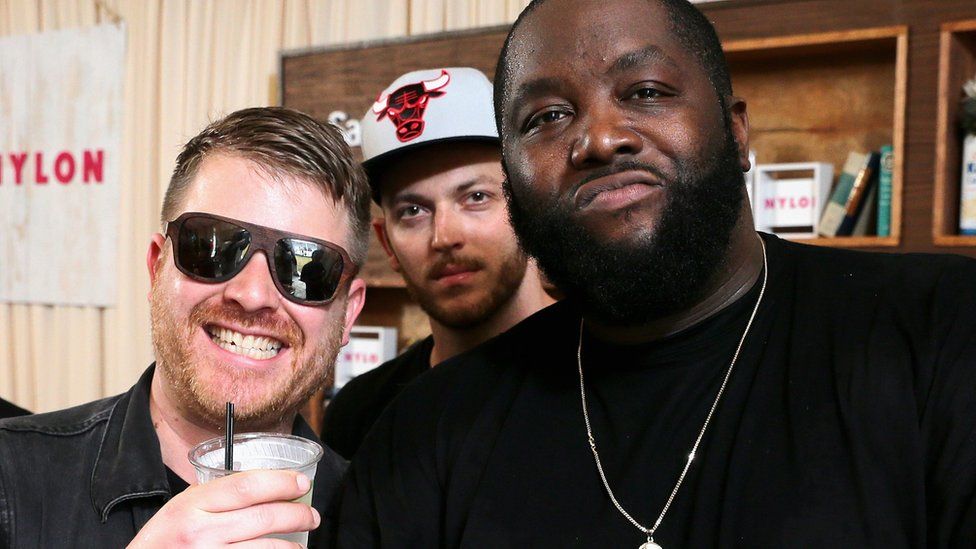 Run the Jewels have told Newsbeat they signed up to play Banksy's bemusement park this weekend without even knowing what it was.

"We were in the studio with Massive Attack, hopefully working on a record that we're going to get to finish with them," said Killer Mike.

"They asked in the process of us being there, 'would you guys be interested in doing Banksy's festival?'

"We didn't even know what it was but we were like 'absolutely'." 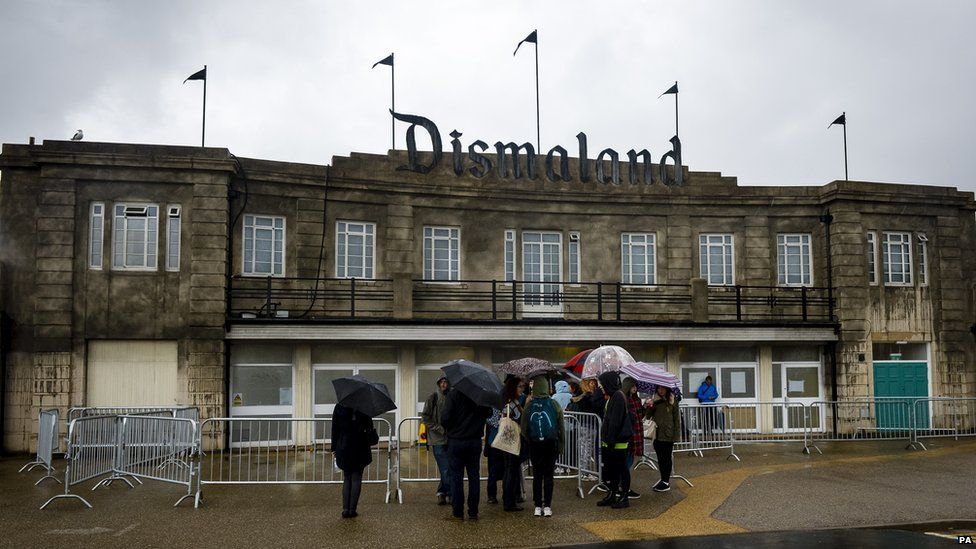 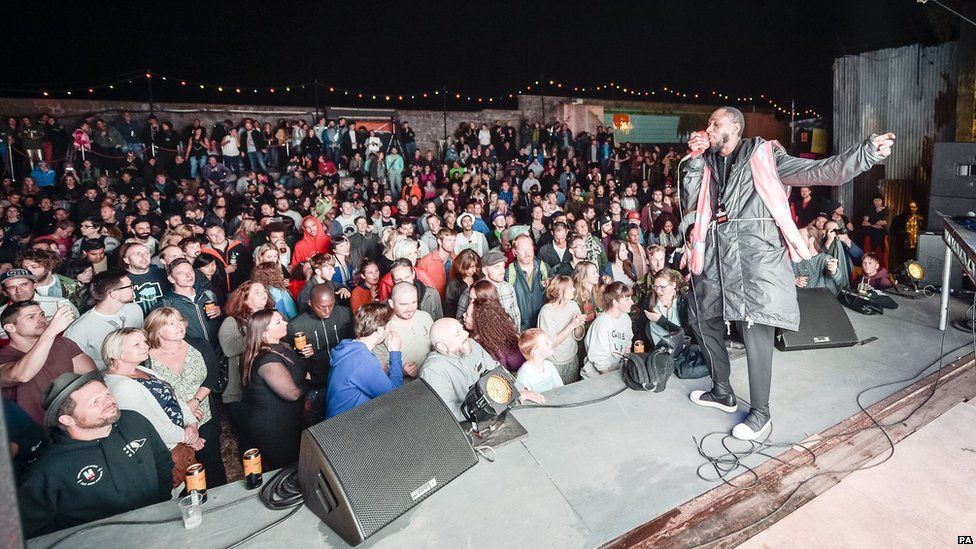 Image caption Mos Def performed at the exhibition in August

The hip-hop duo will perform at Dismaland in Weston-super-Mare on 4 September, while Massive Attack play on 25 September.

"I am a big fan of Banksy for artistic and political reasons," says Killer Mike.

Banksy describes his art installation at a former amusement attraction as a "family theme park unsuitable for children". 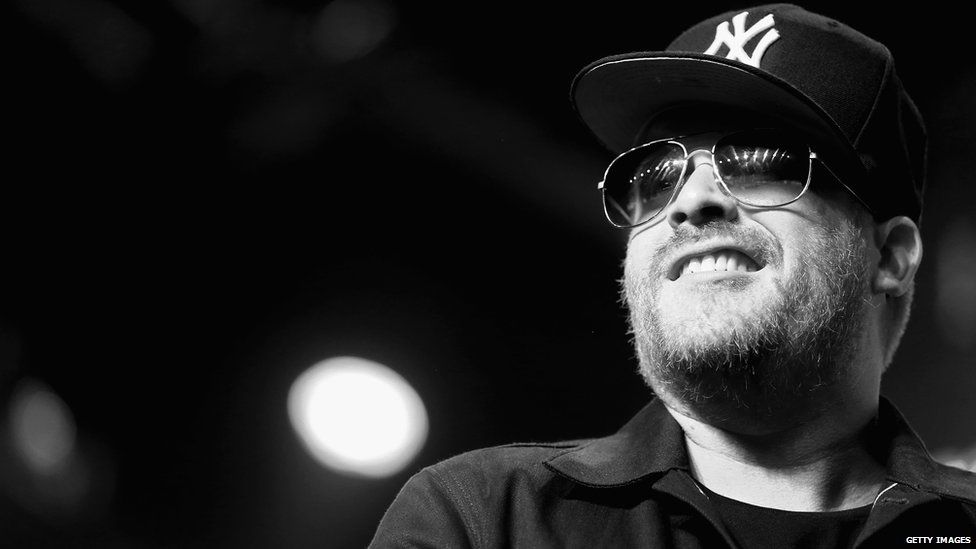 Guests are welcomed by miserable looking staff wearing Mickey Mouse style ear-hats, and get to play games such as trying to topple an anvil with a ping pong ball, or hooking a plastic duck out of mucky water.

"What Banksy is doing it's the anti-distraction," says El-P.

"It's the idea that we should be looking at what's happening and not creating some kind of falsified mirage of happiness that no-one can ever legitimately live up to.

"The old, 'I'm going to be a princess one day', well you know here's a duck in submerged oil.

"There's your cute little duck. It's heavy handed but it's brilliant and it's deserved, so I'm going [to Dismaland] with bells on." 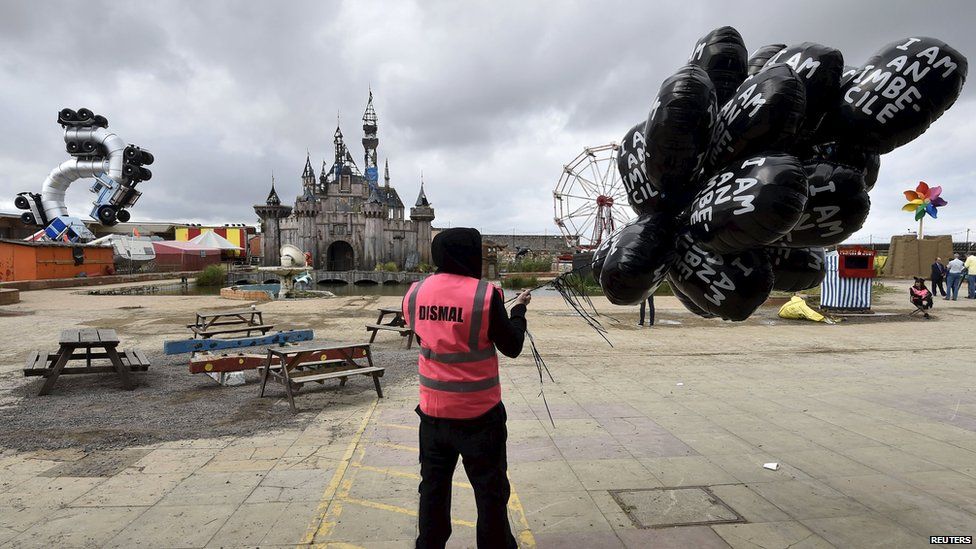 When the ticket website kept crashing last week because so many people were logging on, some questioned if that was supposed to be part of the Dismaland experience, although a spokeswoman for Banksy denied that was the case.

Killer Mike shares his band-mate's enthusiasm for the artist, even going as far to say he feels Banksy is creating "the most noble work that mankind is producing".

"He [Banksy] did a [homeless] shelter residency [in New York] where he went in, bought a piece of art for 20 bucks, painted over it, signed it, put it back up, left, called them a few weeks later saying 'hey you might want to have that art looked at'.

"So they get it appraised. It's a Banksy piece. It contributes to the betterment of people who need it there." 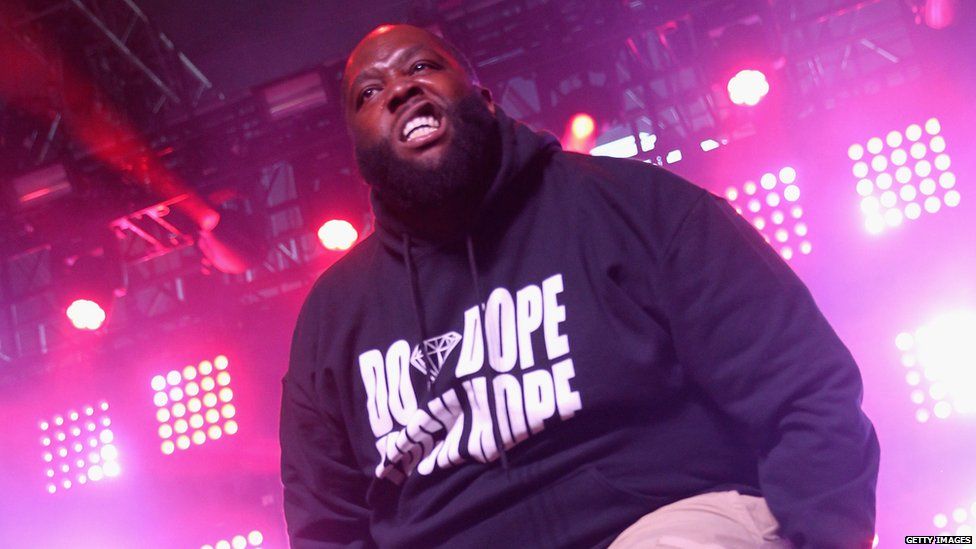 "Kids who have been doing graffiti since the 1960s or 1970s and dying on trains and being chased by cops when art should be free," he says.

"Art shouldn't be locked and confined in museums."

We haven't, as far as we know, met him [Banksy]. But if we do meet him, we're not saying anything
Killer Mike
Run the Jewels

"He still does art outside for all the public to see and it's very hard to own it and put it in your home and hoard it. I think that that's just a dynamic social statement also."

As Banksy's identity remains a mystery, Run the Jewels say they've only been in contact with him through "intermediaries".

"We communicated through cryptic emails so far," says Killer Mike.

"That's about it. It's real Mission Impossible. Or you could have met him and wouldn't have known, honestly."

"We did that interview with him where there were questions of his mostly," continues El-P.

"But we haven't, as far as we know, met him. But if we do meet him, we're not saying anything."

Not even if we ask nicely?