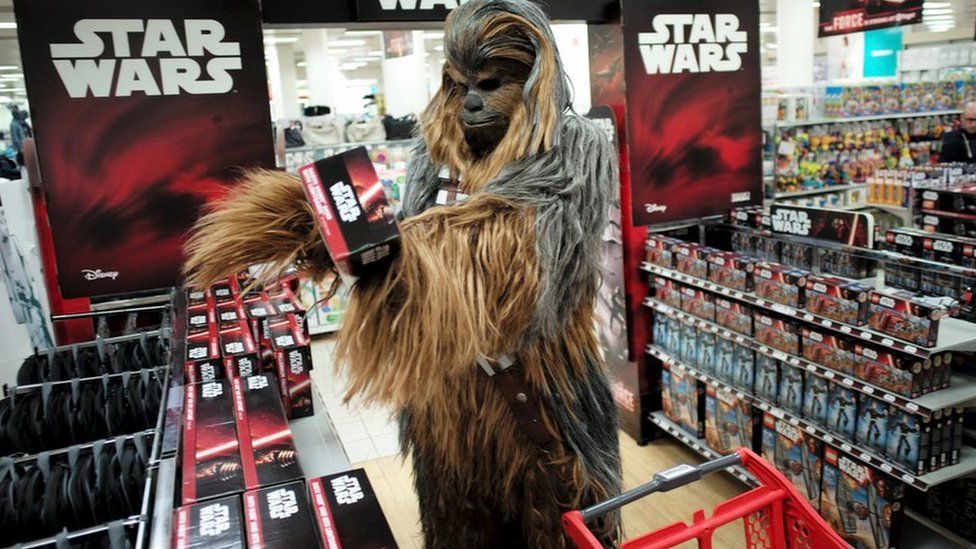 Shops around the world were open in the middle of the night to welcome in "Force Friday" - the release of the new Star Wars toys and merchandise.

"I haven't decided what I will get, but probably everything they've got," said Gesse, a German fan. "It's gonna be an expensive evening."

The latest instalment of the sci-fi series, The Force Awakens, hits cinemas on 18 December. The unveiling of the toys has stoked fan excitement.

"It's a whole new story for Star Wars, new characters, new vehicles, new everything," said Scott in Australia. "So, it's a big deal for us fans."

It's not just figures, lightsabers and costumes. "I've got a Star Wars rug which is going to be great for my next picnic," said one late night shopper.

So even before a single bum has hit a cinema seat, estimated retail sales should help JJ Abrams' film beat Avatar to become the highest grossing film in history. 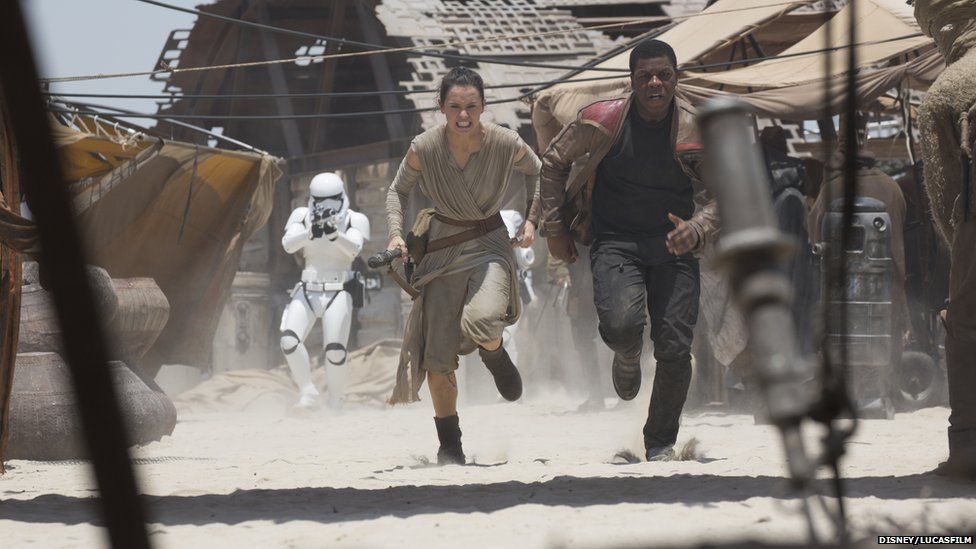 Image caption Daisy Ridley and John Boyega... in the film 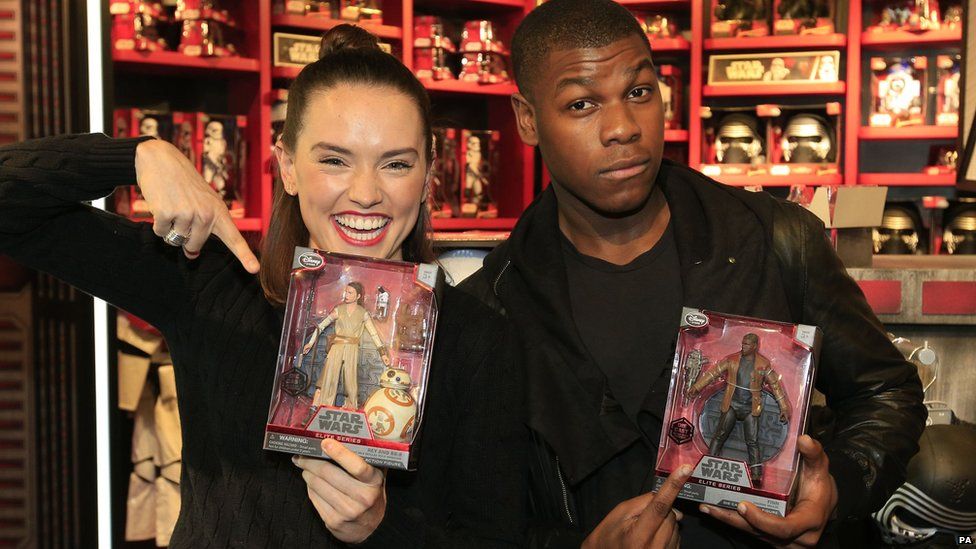 Licences are key. Film companies hand them to manufacturers which then make the toys and they split the profits.

Ian Edmunds is the managing director of Toymaster, which is a buying group of independent retailers in the UK and Ireland.

He says it's no surprise LucasFilm and Disney have released their merchandise nearly three months ahead of the film's release.

"Licenses in general, which are a big part of films, will cover up about 35% of the toy trade. So it's very important and Star Wars is a key part of that licence trade.

"Through the years you have had things like Toy Story, the Minions franchise at the minute, the list goes on and on and one.

"Anything that interests kids and gets kids into a toy shop is good for the industry."

He says it helps that some big traditional toys, like Lego, have moved into the film licensing business. 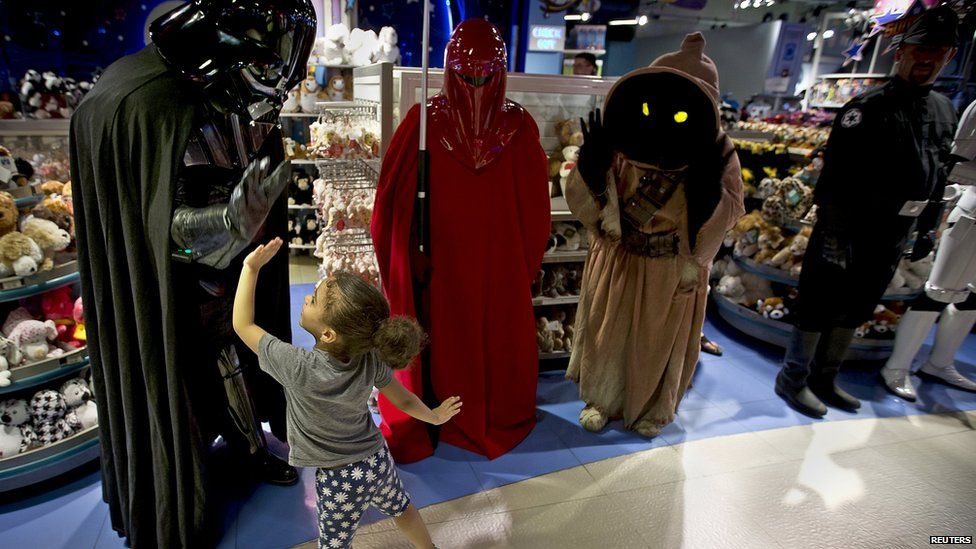 Kelvyn Gardner is the managing director of the trade association, The International Licensing Industry Merchandisers' Association.

He says: "Frozen was the big surprise hit at the end of 2013, and it's carried all the way through to 2014 and 2015. But Minions came along this summer and has knocked Frozen off its perches as the number one for movie toys.

Most popular film toys in order

"But there's lots of things in that space as well. That same summer we've had the revival of Jurassic World, that's also been a big hit in toys and it's clearly been a big brand in the dinosaur world."

Kelvyn says the movie toy business is big for the UK too, because Paddington did wonders to revive that brand.

"Paddington's been a merchandising favourite in the UK and in many other markets, including Japan, for instance, for many years." 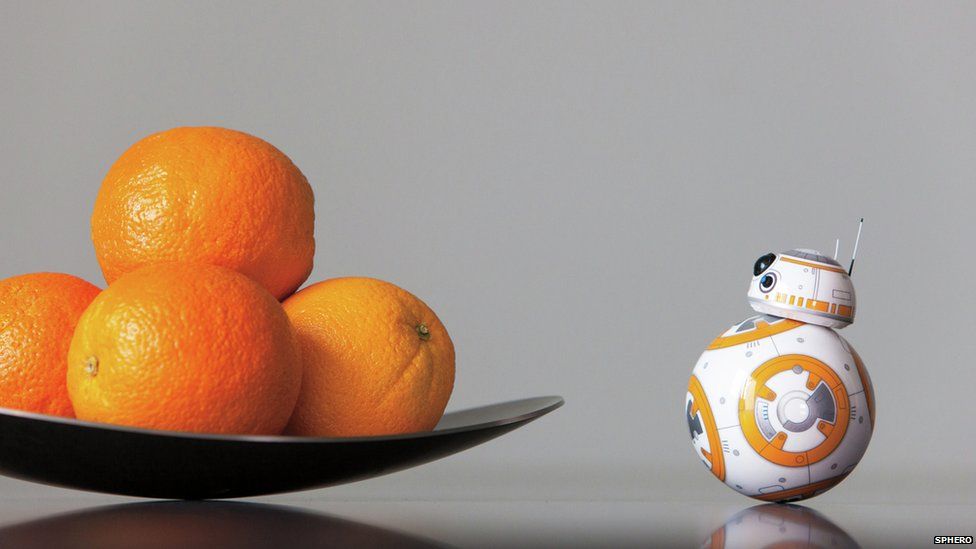 So why is merchandise so important?

The licensing industry is worth more than £134bn, with the UK the third largest player in the market (after the US and Japan), bringing in nearly £8bn. 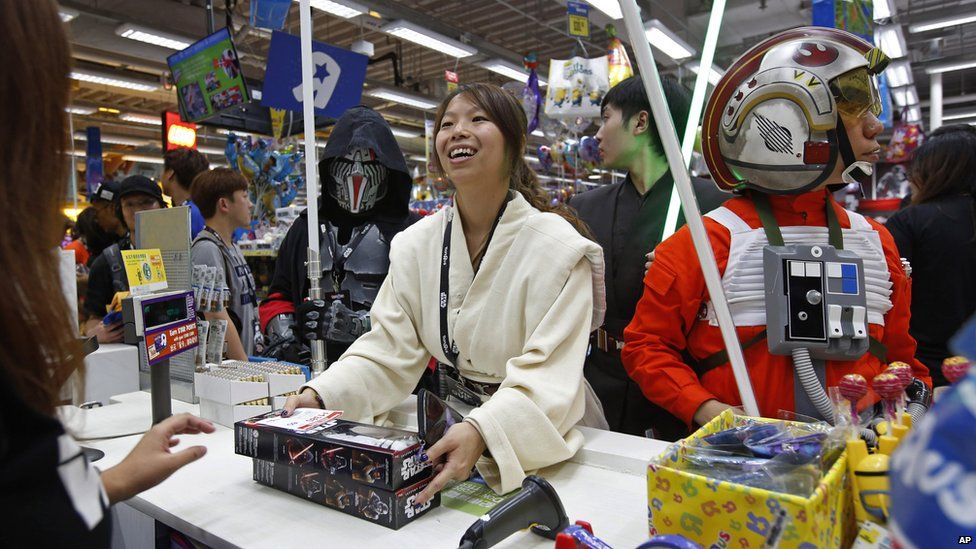 Of course, selling film-related products is nothing new.

Industry figures estimate that 10% of the Lord of the Rings budget for the trilogy was raised selling rights to video games, toys and merchandise.

Typically, 40% of movie merchandise is sold before a film is released.

Kelvyn says the licensing of movie merchandise is similar to the music industry's royalty collection system, except sometimes royalties are paid upfront, which are then used for production costs. 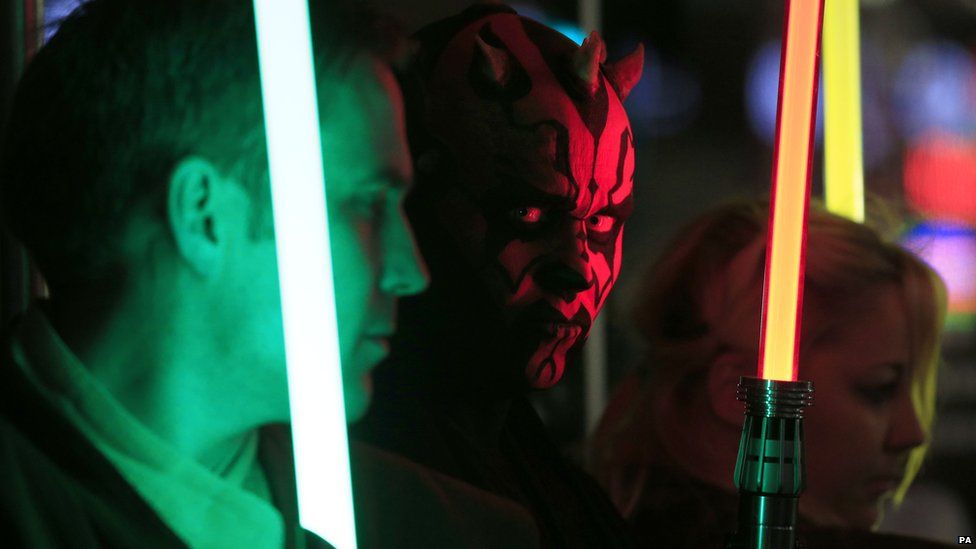 "I don't think anybody would bet against Star Wars being the number one toy once we get to October or November this year."

It's not just films that are beneficial to the toy and merchandise market. 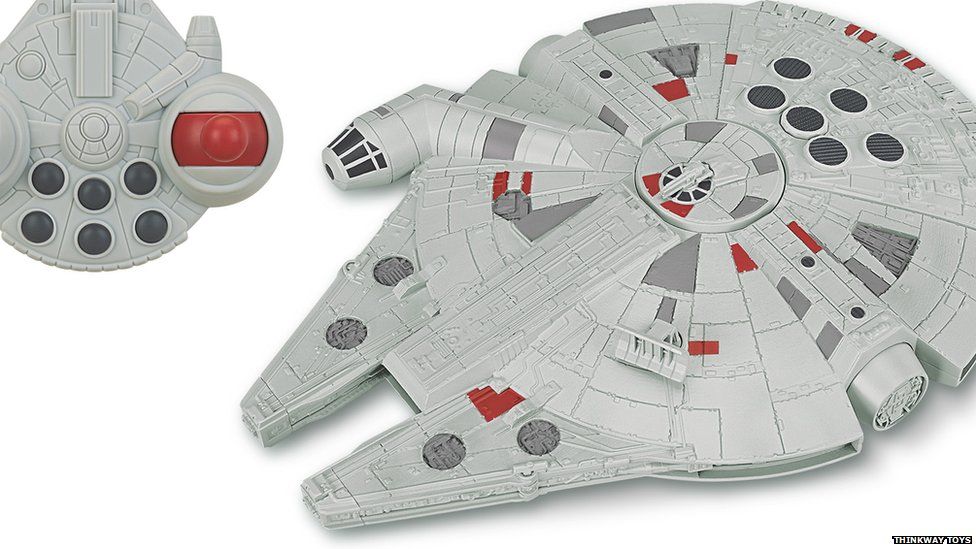 Thomas and Friends and Peppa Pig are global merchandise brands. Downton Abbey and Doctor Who are in the same category.

And then there's the more adult side of the market, for example Game of Thrones beers and and a wine dedicated to Fifty Shades of Grey.